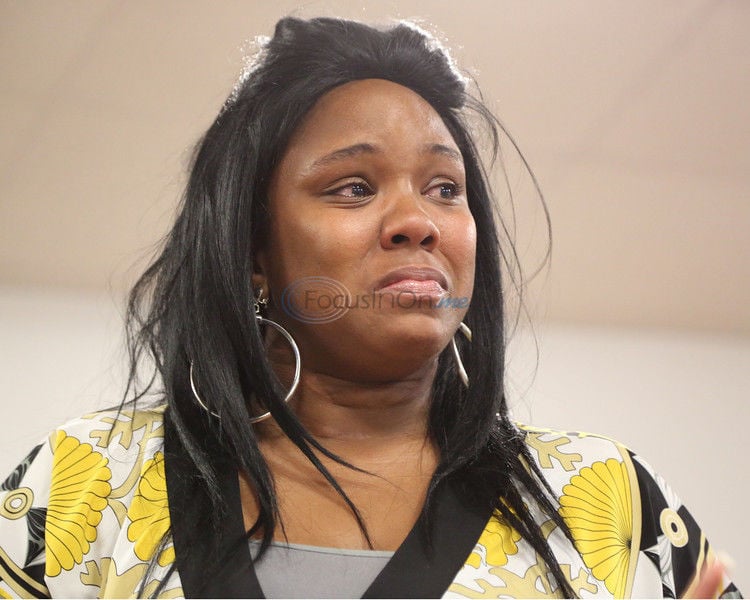 Crystol Watson is emotional as she speaks out during the summit. Photo by David Bridewell 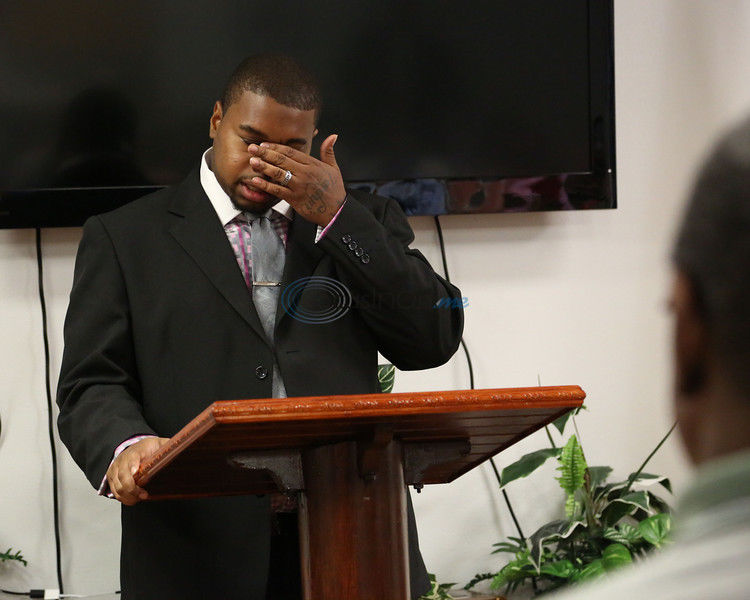 Former gangmember Haggerty has an emotional pause, while speaking about how far God has brought him from his former lifestyle. (Photo by David Bridewell)

Crystol Watson is emotional as she speaks out during the summit. Photo by David Bridewell

Former gangmember Haggerty has an emotional pause, while speaking about how far God has brought him from his former lifestyle. (Photo by David Bridewell)

A group of about 40 concerned residents gathered in a Tyler church Monday evening to discuss ways to promote nonviolence in Tyler.

The Rev. Jerome R. Milton, senior pastor of the Greater New Pleasant Hill Missionary Baptist Church where the nonviolence summit was held, said its purpose was to get ideas from the public on ways to take a proactive, instead of reactive, approach to curbing violence in the community.

The summit was called after a 20-year-old Tyler mother was shot in a Tyler park two weeks ago by gang violence.

"This is more than a black problem, it is a white problem …" Milton said. "It's a brown problem, and a red problem, it's a Hollytree problem, it's a Cascades problem, it's a north Tyler problem — so what we want to do here tonight is start talking about solutions. If we can come together, we do it better."

Milton made it clear that the summit was not concerned with finger pointing, name calling or what if's, but instead it was focused on how to curb violent crime and gangs.

"We are here tonight to start a new movement, and that movement is what I call the solution revolution, and that is going back to get on track" Milton said.

Milton said the best way to stop violence was to start with young children and to focus on what happens in individual homes. He said if each family holds themselves accountable, the end result would be well structured homes that would have an impact on others by leading by example.

Milton called on residents to start what he called a "character academy" within each home.

"We are going to establish a character and integrity academy, but where is it going to be housed?" Milton said. "It's at your house and we will aide and support every character academy at everybody's house, we want it start a city-wide county-wide movement this evening."

The Rev. Brandon Haggerty, a former Tyler gang member who turned his life to the Lord, wiped tears away as he spoke about his experiences and how his life and perspective has changed.

"I grew up in a good home, but I choose to do wrong because I wanted to fit in," Haggerty said. "I was looking at the different influences."

Haggarty said he joined a gang at the age of 12. He spent seven years in prison for a crime and was almost convicted of another crime because he was hanging around the wrong crowd, he said.

"I'm living the life of God," he said. "When I die, they won't be able to speak for me. I'm the only one that can speak for myself."

Haggarty said the community had to come together if the gang problem is going to be solved.

"People have to understand that just because your kids aren't in a gang, it doesn't mean your kids won't be affected."

The community was able to offer suggestions on ways to help Tyler's youth.

Steve Russell, director of the nonprofit Empowering Texas Youth, offered his services to the group.

Others talked about the need for classes to teach adults how to be parents.

Crystol Watson, 31, of Tyler, said there is a need to teach parental skills and for more neighborhood involvement, including block parties. "We need to know our neighbors and hold ourselves accountable," Ms. Watson said.

Other suggestions included building a better relationship with the police department where officers could be more visible in neighborhoods and teaching children not to fear police, as well as polling young people in schools on their problems they face and what can be done to help them.