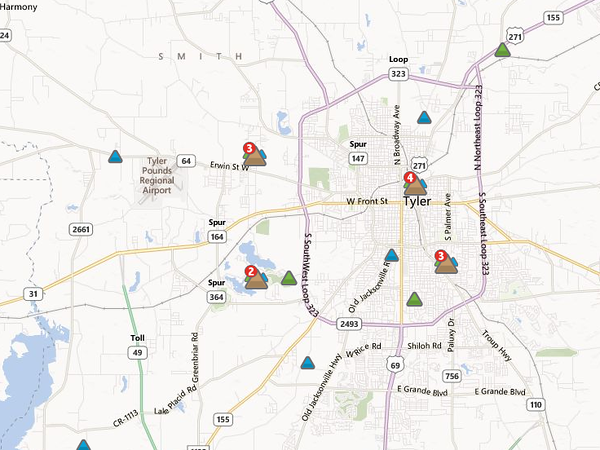 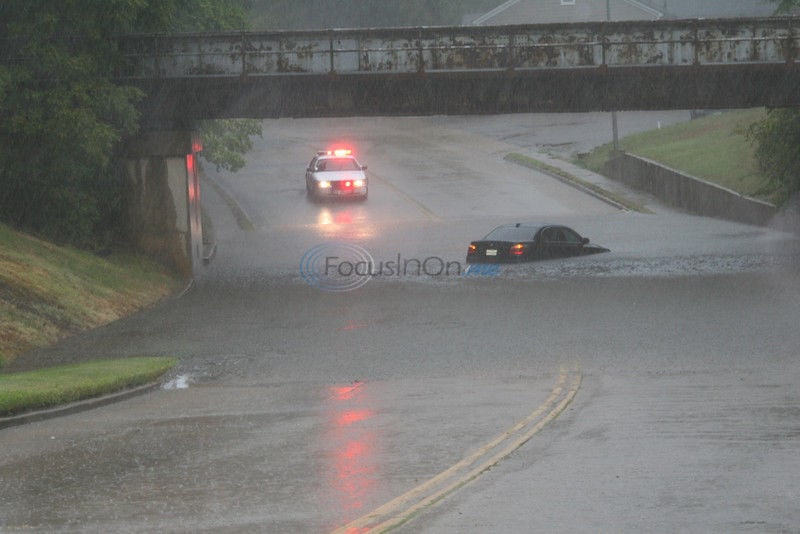 Lindale ISD will begin loading buses 15 minutes early this afternoon, due to weather, according to a statement from the school district.

High water due to today's heavy rain is being reported at many locations around Smith County, including Lindale.

According to Lindale Police, County Road 474 West towards Woodsprings is washing away. A car is nose-down in the water there, but all occupants were evacuated safely, according to Smith County Public Relations Liaison Adrienne Hampton.

Authorities have told Lindale ISD that CR 474 will be closed for at least the next week, and that Lindale Junior High will not be accessible by CR 474 until repairs are complete. P arents will need to continue to use CR 463 until further notice.

Longview police are reporting multiple roadways closed due to high water, and at least one road collapse.

KYTX CBS 19 meteorologist Doc Deason reports that 3.7 inches of rain fell in Tyler between midnight and 1:25 p.m. today. Fellow KYTX meterologist Albert Bruhn is reporting that Tyler Pounds Airport had received 4.8 inches of rain since midnight as of 1 p.m., and Big Sandy has received more than six inches of rain in the same time interval.

The Tyler Fire Department has responded to numerous weather-related incidents throughout the city, according to Fire Marshal Paul Findley. "These include responses to stranded motorists, high water, and flooding in some homes," he said in a news release. "Multiple high water rescues have been performed by firefighters in several locations around the City of Tyler."

Water is being reported at five feet deep on Saunders Avenue near Erwin Avenue and several TISD schools are reporting water in the schools.

ONCOR is reporting more than 600 people are currently without power and National Weather Service is forecasting rain throughout the evening and the Robert E. Lee vs. Texas High football game in Texarkana has been postponed until Saturday.

Tyler ISD spokeswoman Dawn Parnell said the district has sent maintenance teams to Boulter and Moore middle schools and Rice Elementary School to address flooding in regard to drains at the campuses.

Ms. Parnell said bus routes are scheduled to go on as usual. However, students may be late in arriving home because the drivers likely will try to drop them off at their houses when possible instead of at the usual collection points.

“We just ask for parents to be patient with us and the safety of the students is first and foremost,” she said.

Douglas Street from Houston to Front street is flooded, and barricades have been placed in those locations. Motorists are urged to avoid these areas if possible.

Lindale Volunteer Fire Department is telling our news partners at KYTX CBS 19 that portions of County Road 411 are under four feet of water.

The Smith County Sheriff's office reports there is also a tree down on Farm-to-Market Road 724.

Authorities are urging drivers to drive slowly and be on the lookout for possible flooding.

Tyler Junior College spokesman Fred Peters said the call center is down because of water that has penetrated some wires that power the system.