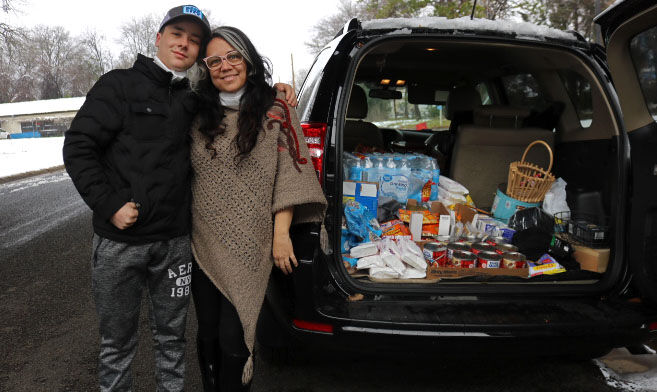 Callynth Finney and her son, Oliver, pose with the items they gave out to the homeless on Monday. 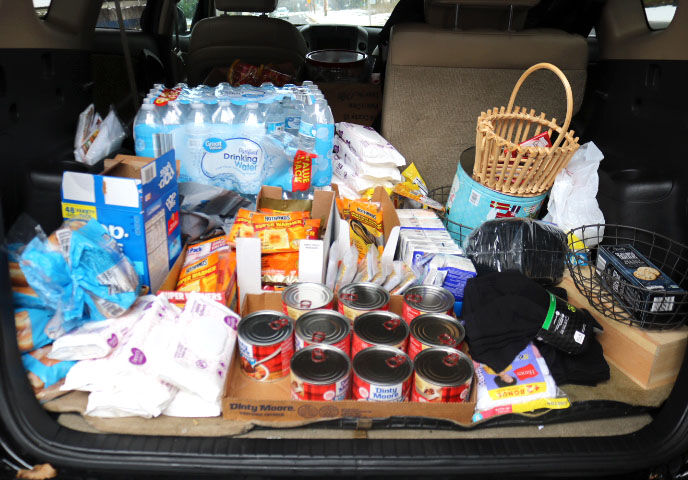 Car trunk full of items that were given out by Callynth Finney and her son Oliver, for the homeless on Monday, Jan. 11, 2021.

Callynth Finney and her son, Oliver, pose with the items they gave out to the homeless on Monday.

Car trunk full of items that were given out by Callynth Finney and her son Oliver, for the homeless on Monday, Jan. 11, 2021.

For most of her adult life, when it snows or when there’s extremely cold weather, Callynth Finney goes out into the cold to deliver supplies for the homeless population in Tyler.

“We want people to know they’re valuable and that God loves them,” she said. “This is how we’ve raised our kids.”

On Sunday and Monday, she and her son, Oliver, brought hand warmers, water, baby wipes, tents, socks and underwear, and canned foods to spots where the homeless people typically congregate within the city of Tyler.

She was worried that with the inclement weather, those who couldn’t go into places like the Salvation Army would have to face the cold temperatures without supplies.

She said it’s about working to be similar to Jesus and showing kindness to those in need.

Oliver added that he’s always followed in his mom’s footsteps “because she’s a good example of kindness.”

“I think the homeless community is something a lot of people don’t pay attention to,” he said. “I think it’s important to focus on the ones in need.”

Callynth Finney said there are a lot of reasons why a person could be turned down by the Salvation Army, and that group of people is the one she wants to help.

“We look for the ones that are by themselves,” she said.

Over the years, community members and friends have reached out to the Finneys saying they want to help the homeless with resources as well.

“We love to give people the opportunity to come help with us,” she said. “We’re just a family that likes to help.”

She encouraged people to donate to Hunger for Love, an organization that gathers under the Gentry Bridge in Tyler near the Salvation Army to provide food and songs on Saturday mornings.

“Hunger for Love does a lot for the homeless population in our community,” she said.

Donations can be made on Venmo through the organization’s name, @HUNGER-FORLOVE.

“There are so many people in our community, and we just do what we can,” she said.