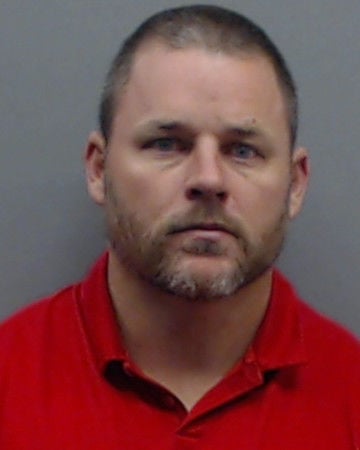 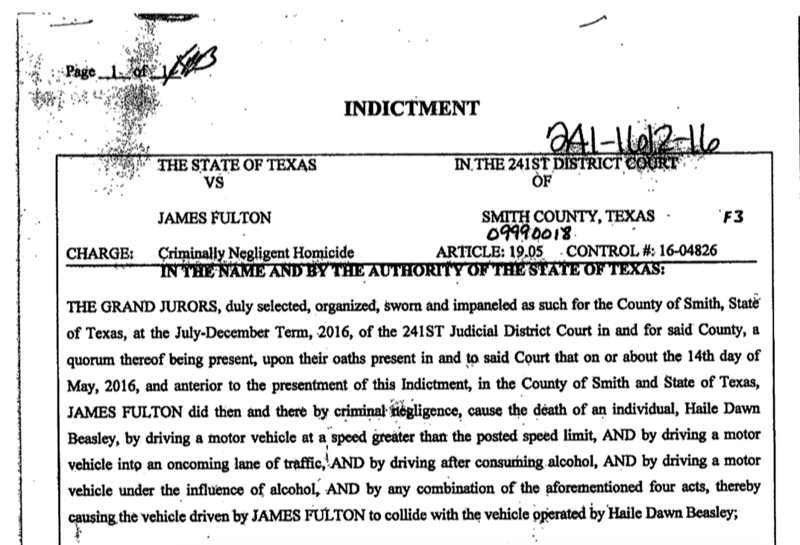 A 41-year-old Tyler man was indicted by a Smith County grand jury on a charge of criminally negligent homicide in the death of a woman killed in a May 14 car wreck on Grande Boulevard.

According to police reports, James Fulton was traveling westbound on Grande about 9:40 p.m. when his Dodge Ram pickup crossed into the eastbound lanes and struck a Ford Focus, driven by Haile Beasley, 21, of Tyler, head on.

Police said Fulton told them he'd consumed two beers while at a local restaurant. The officer conducted several field sobriety tests on Fulton at the scene, and based on the results of the tests, officers determined that Fulton was not intoxicated, according to a news release issued by Tyler Police Department after the wreck.

According to the grand jury's indictment - filed Nov. 10 - the charge against Fulton was reached through a combination of factors.

Fulton's bail was set at $15,000 and he was booked and released Thursday.