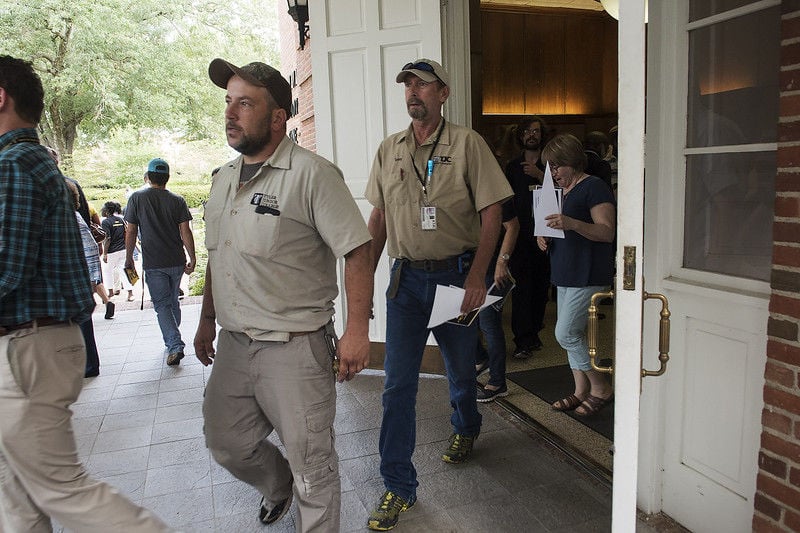 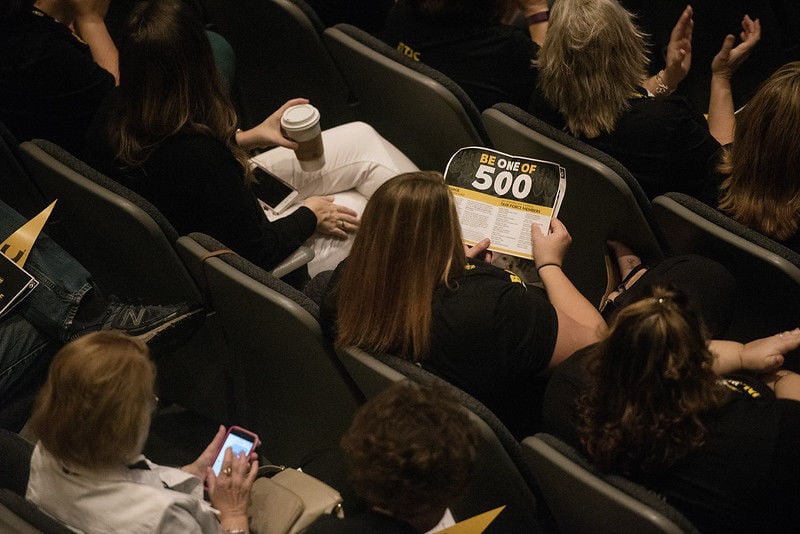 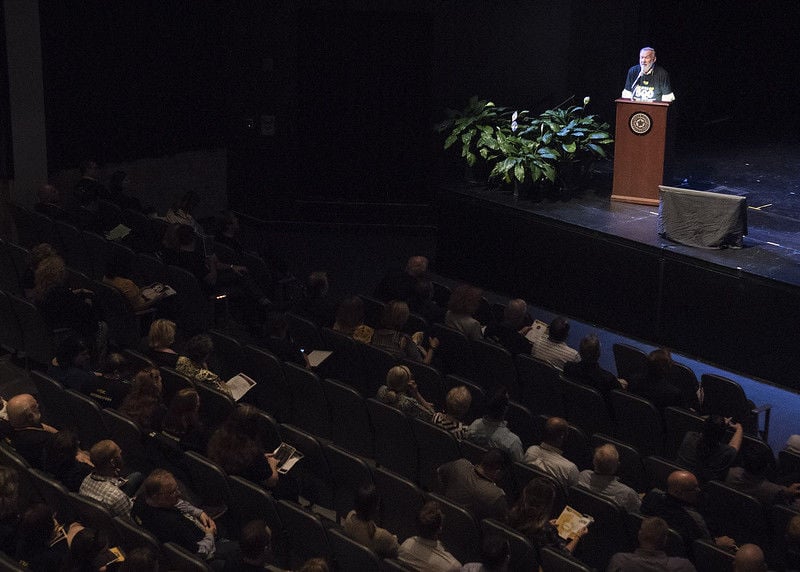 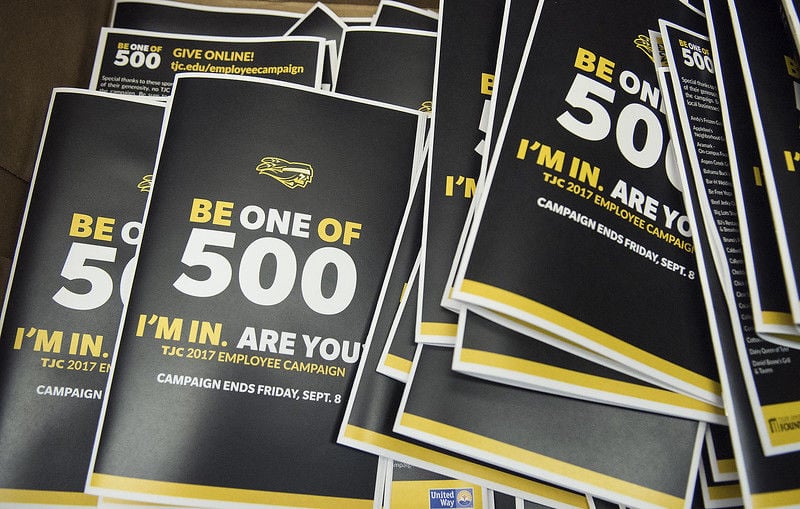 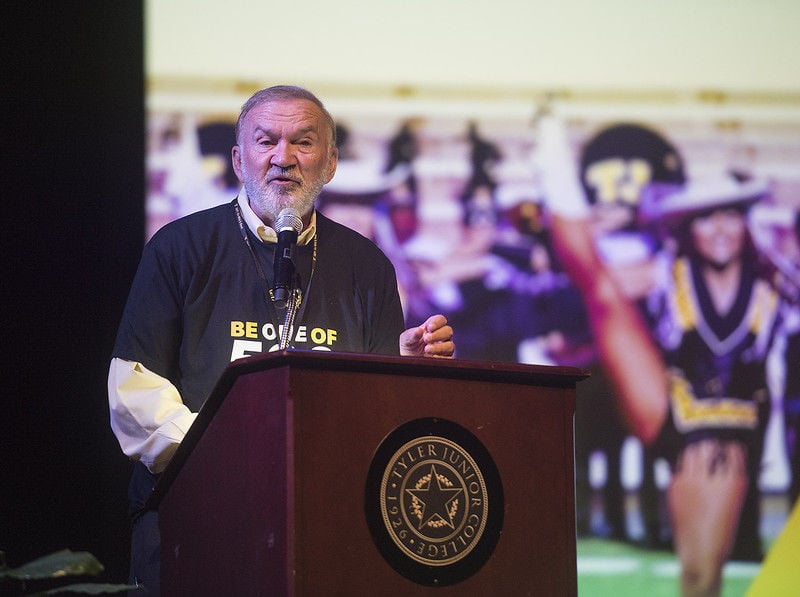 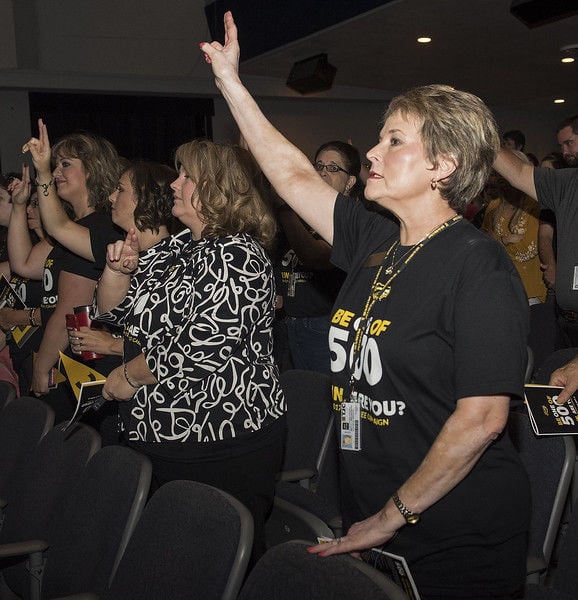 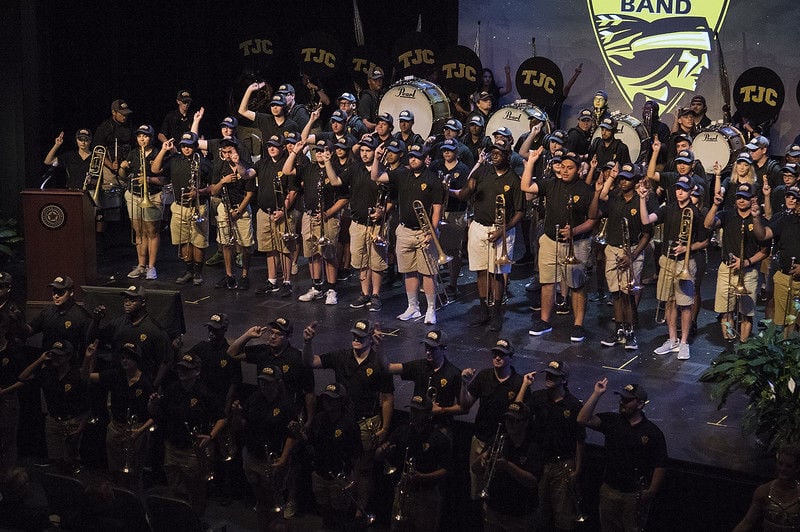 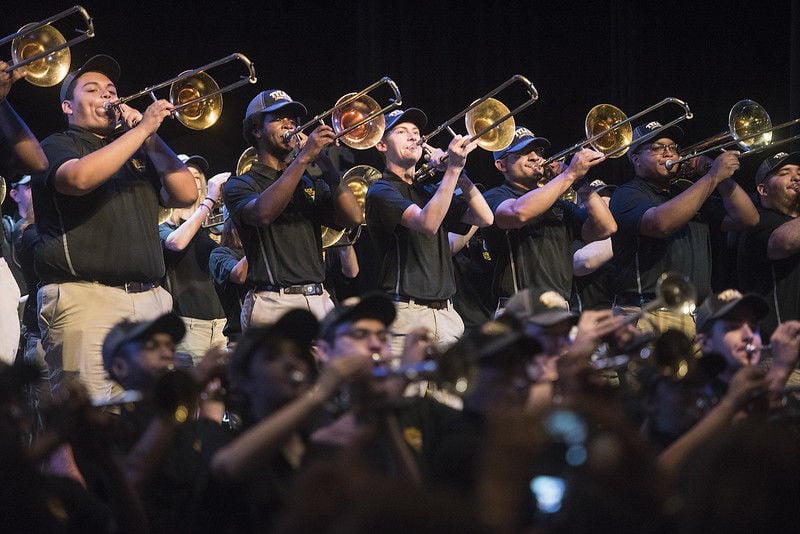 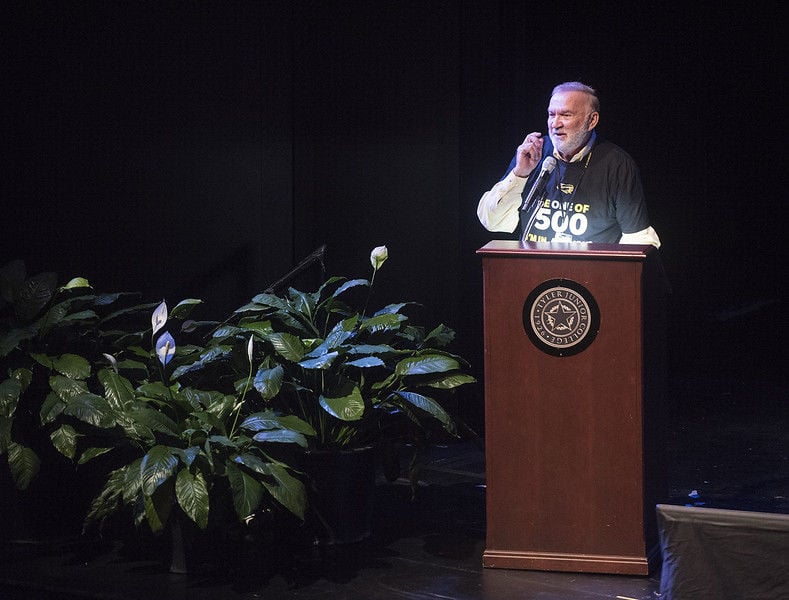 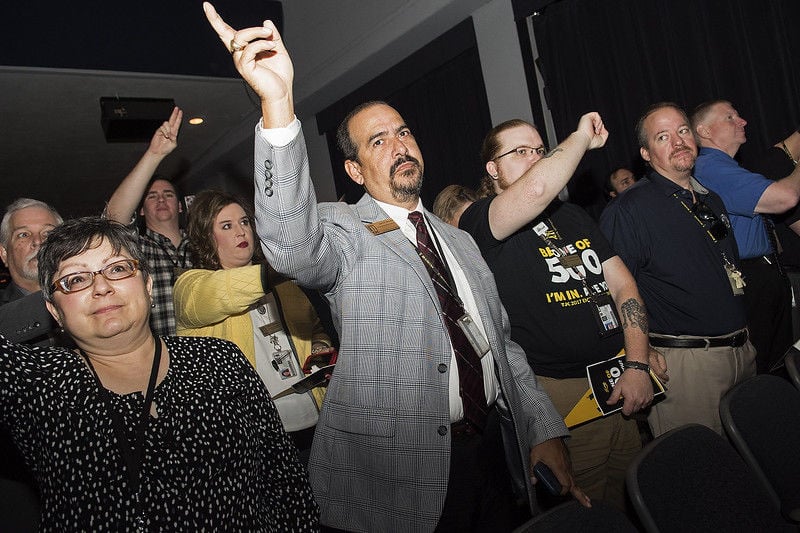 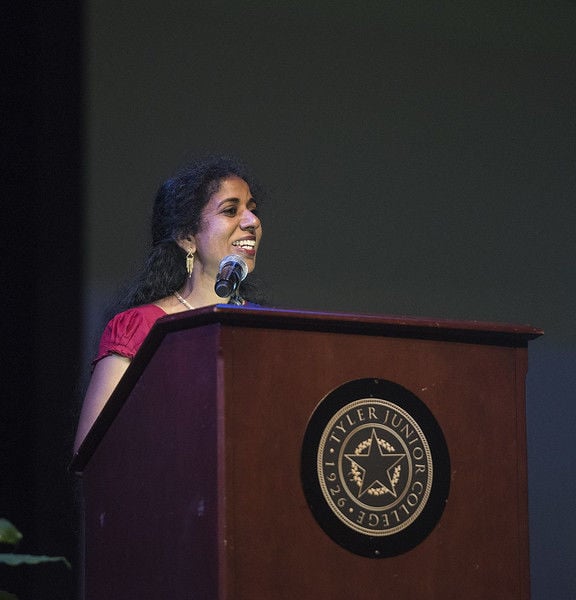 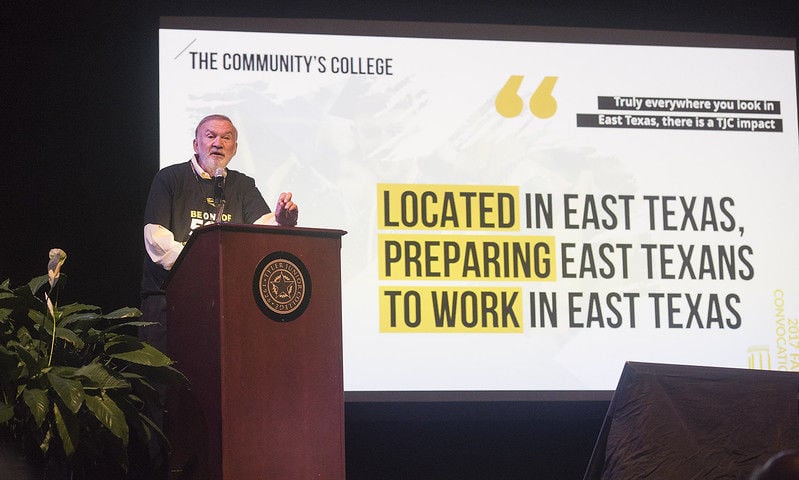 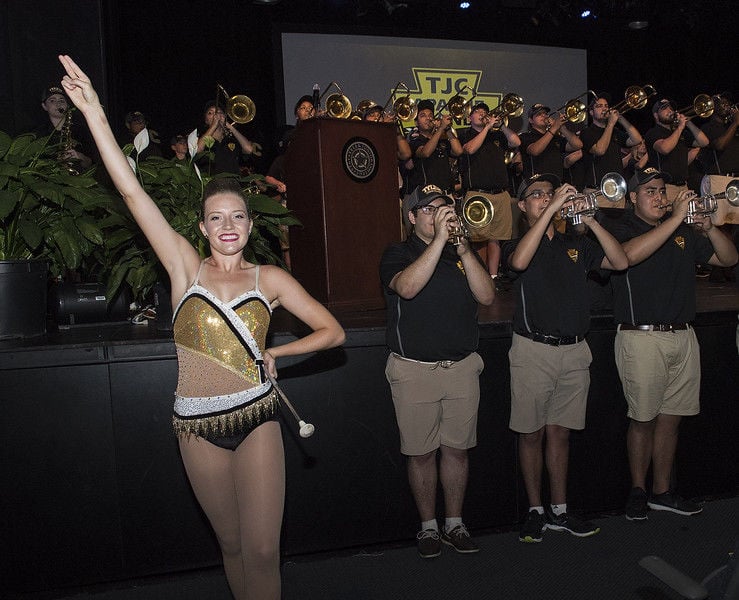 Tyler Junior College faculty and staff started their new semester by jamming with the Apache Band.

The college hosted its annual convocation in Wise Auditorium on Tuesday, Aug. 15. The event marked the 10th anniversary of Dr. Mike Metke’s tenure as president of the college. The school looked back on the changes that have taken place since Metke first set foot on campus.

Metke said some of his proudest achievements have been upgrading and future proofing critical infrastructure and growing the college.

Metke also was proud to see the college grow its academic offerings, as the school begins drafting a curriculum for its second bachelor degree program.

The keynote speaker, Vandar “Kui” Kuppuswamy, is the recipient of a faculty and staff scholarship started during Metke’s tenure.

Kuppuswamy said she was told her entire life in her native India that she could not succeed because her family had no money and she was a woman. She was denied an education, but after immigrating to America, TJC helped her achieve her dreams.

“I walked in to the TJC literacy council to get my GED, speaking six languages and for the first time I was told that I can do it,” she said.

On the 70th anniversary of the independence of India, she said education is necessary for a society to be free.

Afterward Metke was surprised with a special presentation in honor of his 10-year milestone.

Going into the new year, the school will be kicking off a new social media campaign called “Pass the Pennant” to raise awareness for the campus and its impact on the community. TJC also will be celebrating the 70th anniversary of the Apache Belles and Band, as well as the 90th anniversary of its student newspaper, The Drumbeat.