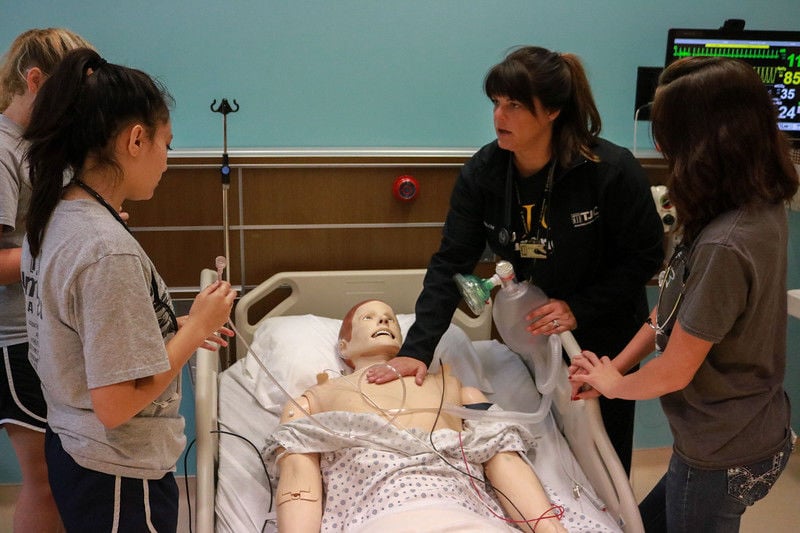 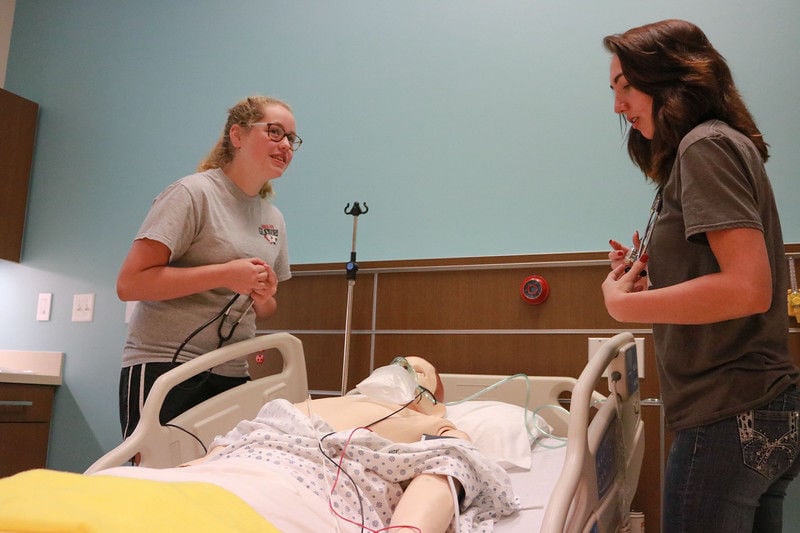 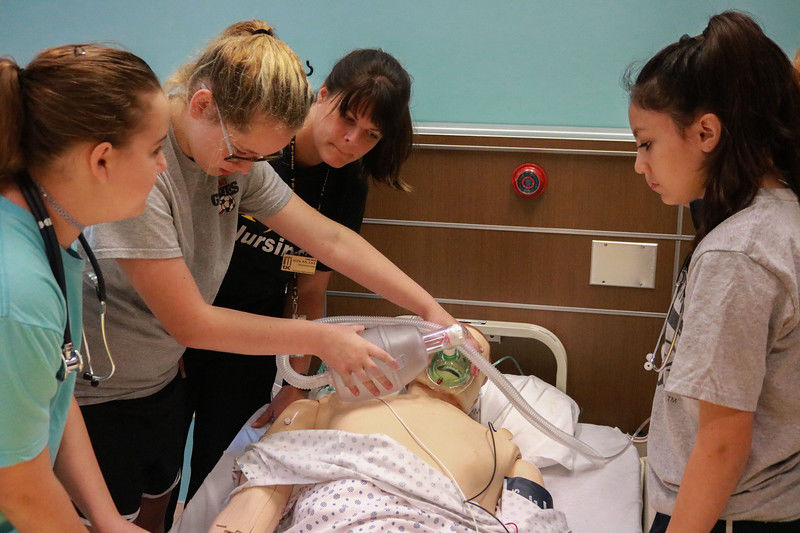 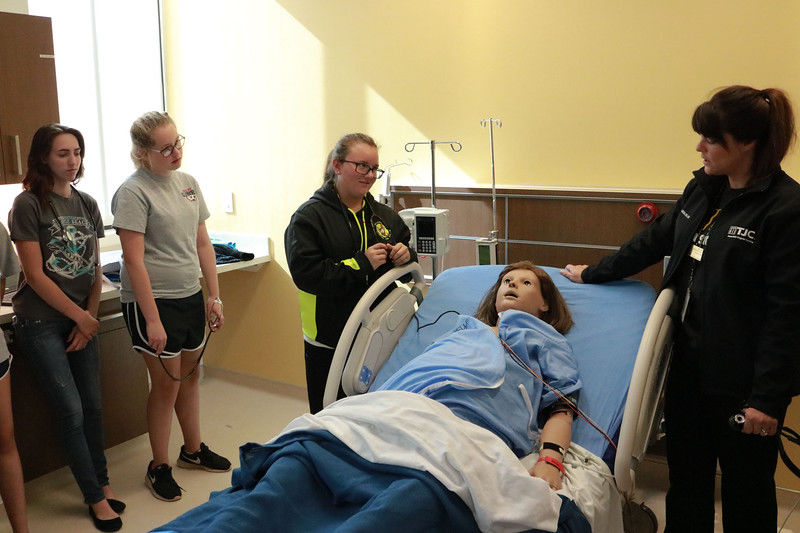 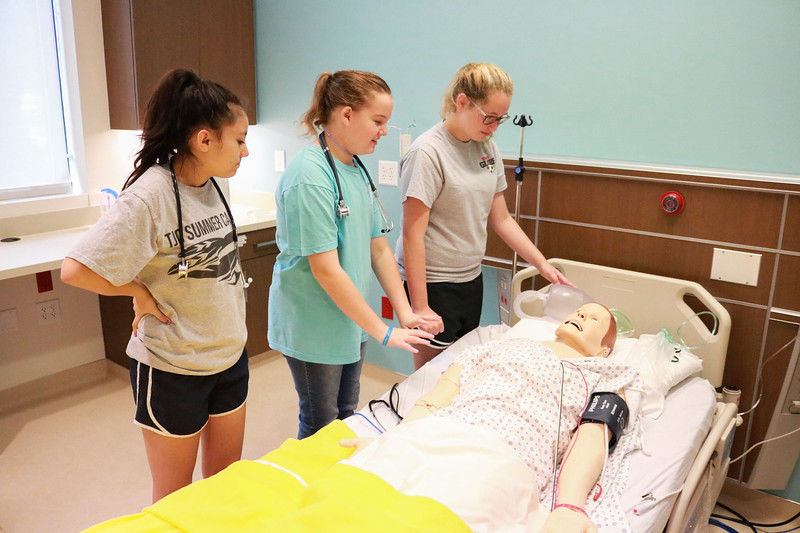 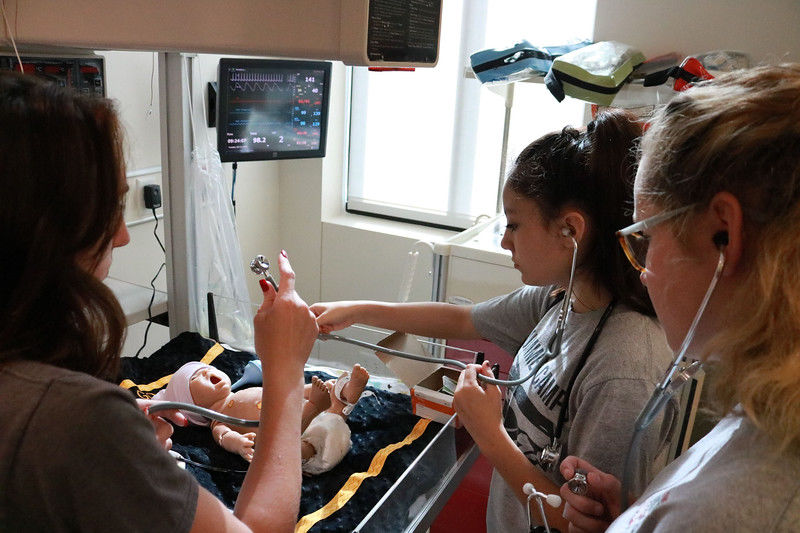 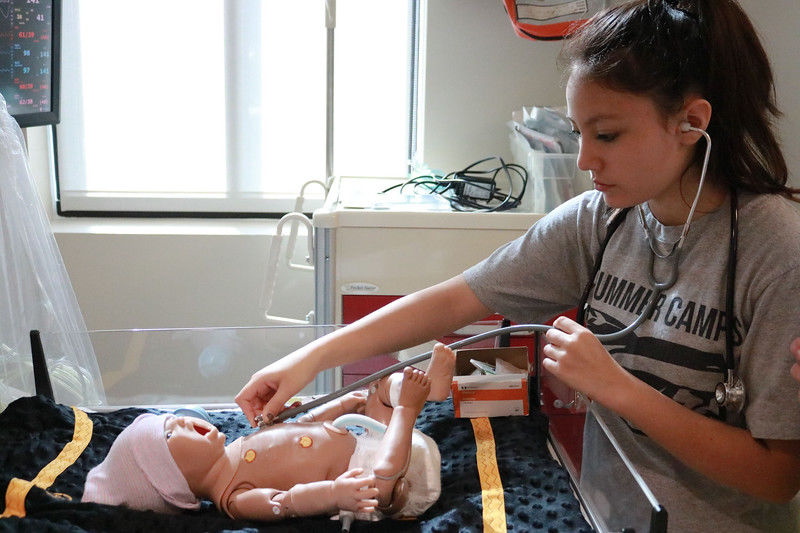 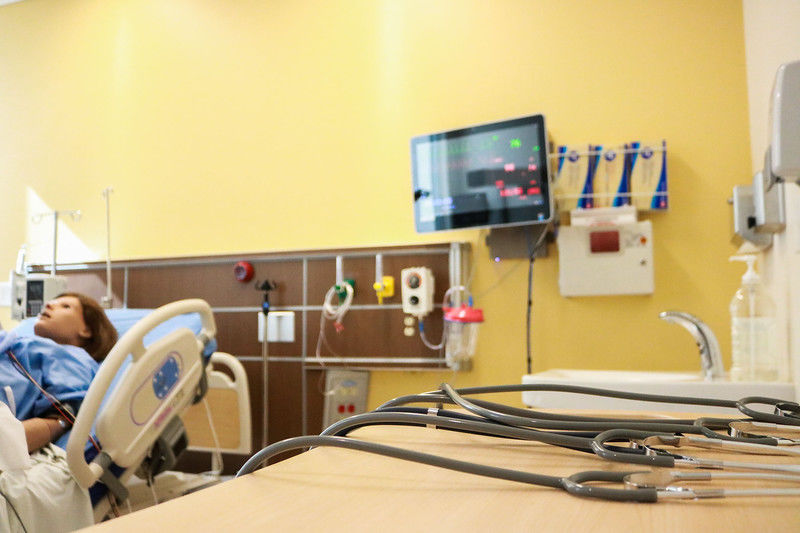 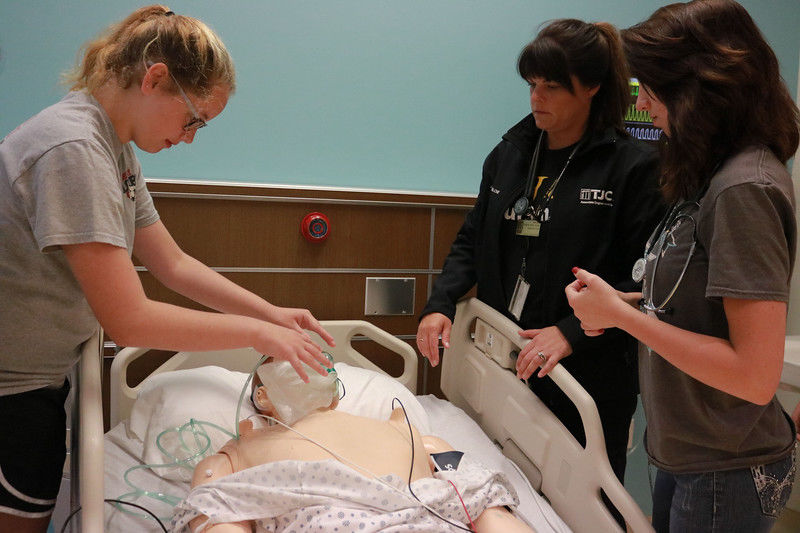 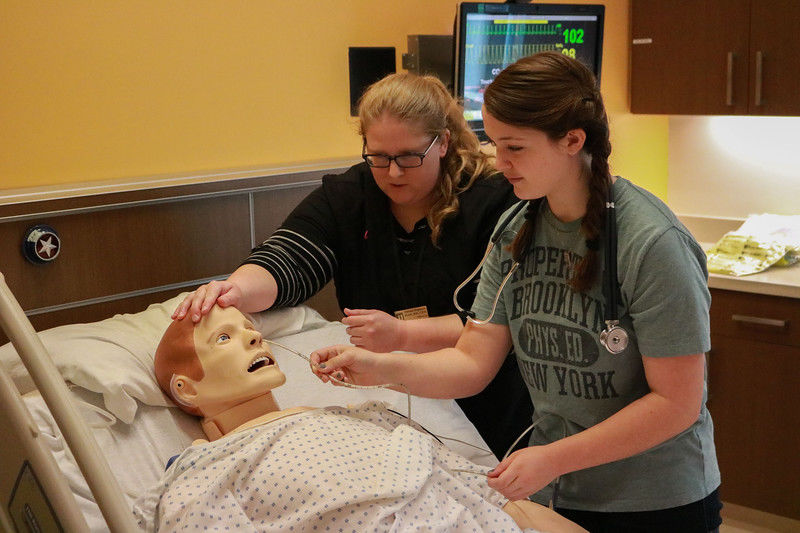 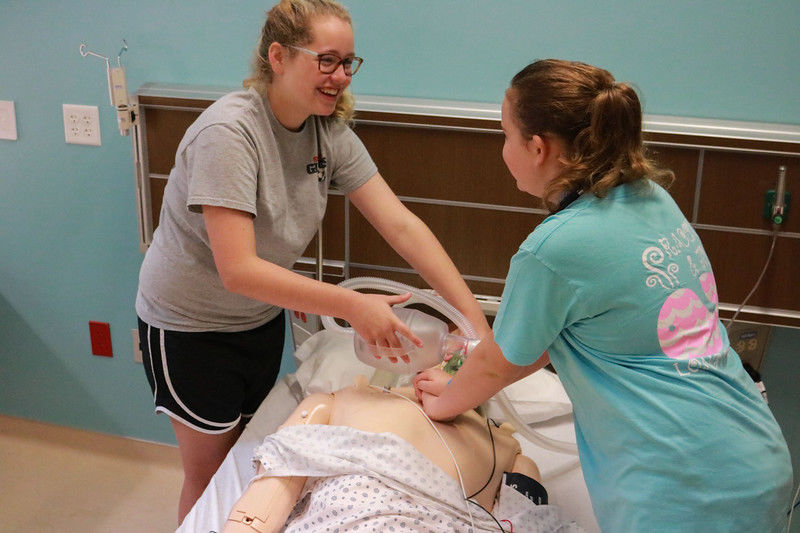 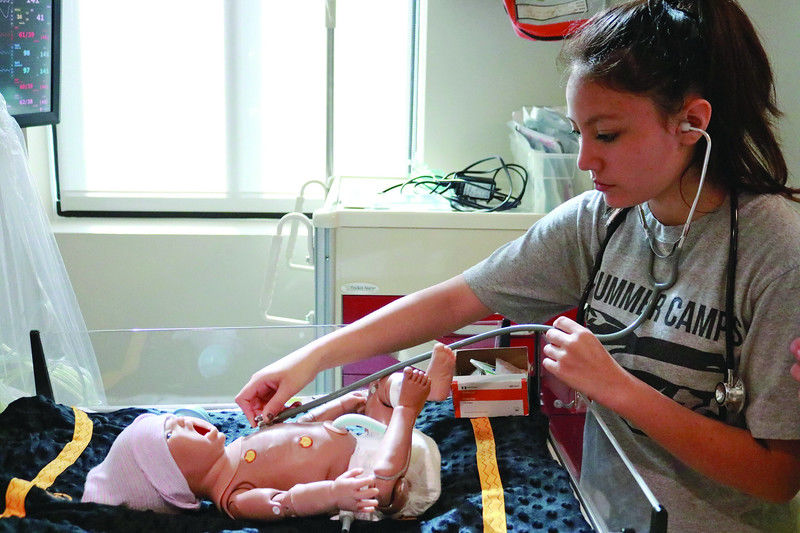 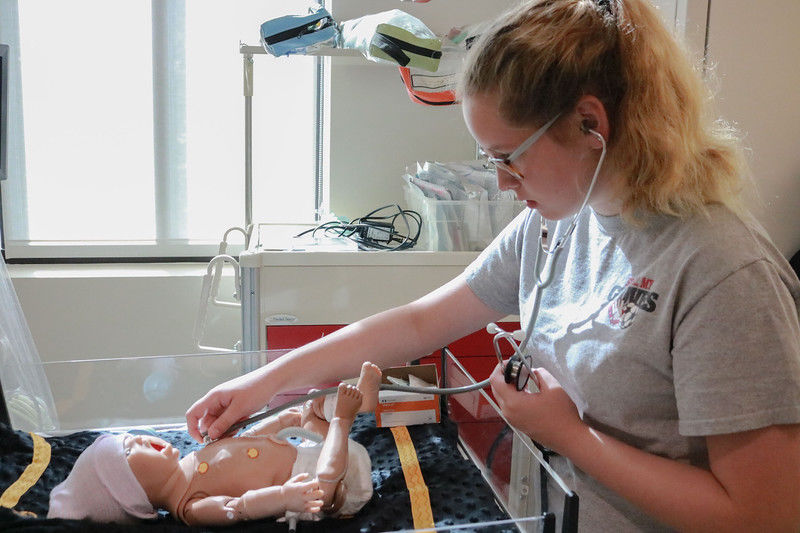 Tyler Junior College is teaching a group of teenagers how to save a life.

During the college's continuing education summer camps, students are thrown into the fray of a day in the life of various health care professionals.

This week, several camp participants - all young ladies, aged 12 through 16 - got to experience treating patients and practicing bedside care on interactive dummies.

"We have great possibilities (for careers)," Dean of Nursing Paul Monagan said. "They're being taught by wonderful, experienced people. We got to teach them far more than I thought we would."

Jordan Loe, 16,  the oldest in the group, led her team through resuscitating a dummy. Through their attempts, the girls managed to bring it back to life.

"It felt very realistic," she said. "I was very nervous even though it was fake."

Compounding the nerves was the fact that the high tech dummy also spoke to the students and responded to stimuli.

"Where am I?" the instructor asked through the dummy, while sitting down the hall in a control room. "Am I in heaven?"

The campers giggled and consulted each other, trying to figure out how to tell their patient what had happened.

Later they learned how to administer shots and insert IV's and catheters.

"I'm learning a lot for what I want to do in the future," Loe said. "It's helping me so I know what to expect when I get out of high school."

Loe hopes to attend medical school and become an OG-GYN.

The health sciences camp is just one of many day camps hosted by TJC. Director of Continuing Education Heath Stoner said the school is offering dozens of camps for children age four and older. The camps run weekly through mid-August. The cost of attendance varies based on the content of the camp.

Exploring our world of Chemistry

Cultural Arts from Around the World

Camps will not meet Tuesday, July 4.

17 For if, by the trespass of the one man, death reigned through that one man, how much more will those who receive God’s abundant provision of grace and of the gift of righteousness reign in life through the one man, Jesus Christ! (Romans 5:17)