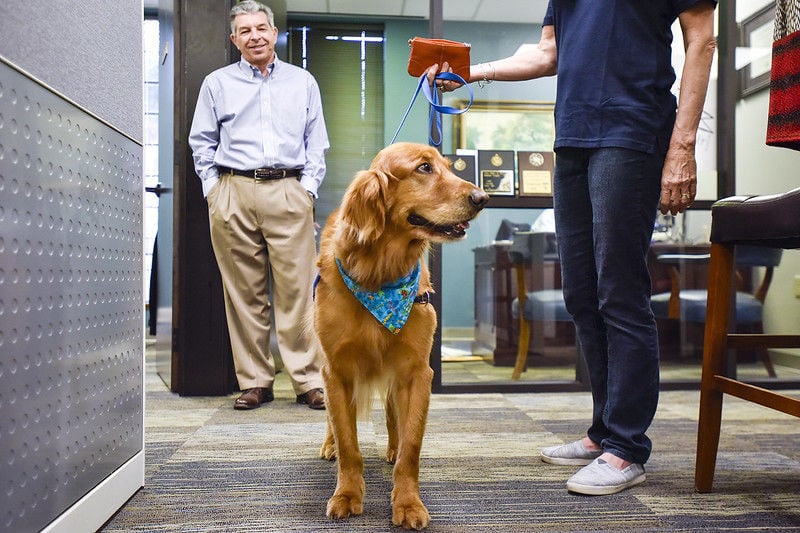 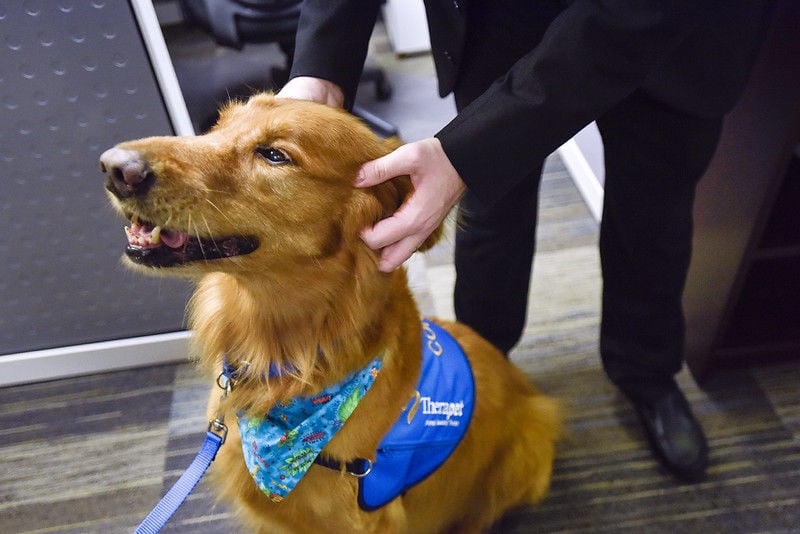 On Tuesday at Henry & Peters, a Tyler-based full service accounting firm, three Therapet volunteer teams were on site for pets, rubs and hugs. Tax season can be a very stressful time for staff and taxpayers, but Murray, Henry and Concho were there to help keep the stress level to a minimum.

"We were thinking of a way to thank our donors that are businesses so we came up with this idea to do a "theragram" where we'd bring a couple of our therapets to the office for stress relief and they thought tax season would be a really good time to come," Carianne Fisher, Executive Director of Therapet said.

Along with offering stress relief for tax season, this event allowed the Therapets a chance to show off their new logo. The dogs wore their new capes and their owners wore polo shirts displaying the new logo. The logo captures the human and animal bond in white, navy blue and gold.

"Today we have Henry a beagle and Murray a labradoodle- both who have been therapets for quite a while, and then Concho who is a golden retriever who I think may have the longest career as a therapet with us," Fisher said.

"It's a great opportunity for our folks to get a bit of a break from the stress and lighten the mood up for a little bit ... It's also been great for everybody to see what they do in action," Henry & Peters employee Jeff Geese said.

Henry & Peters accounting firm offers accounting services and specializes in tax planning as well as audits. For those who haven't filed their 2016 taxes yet, Tuesday April 18 is the tax deadline.