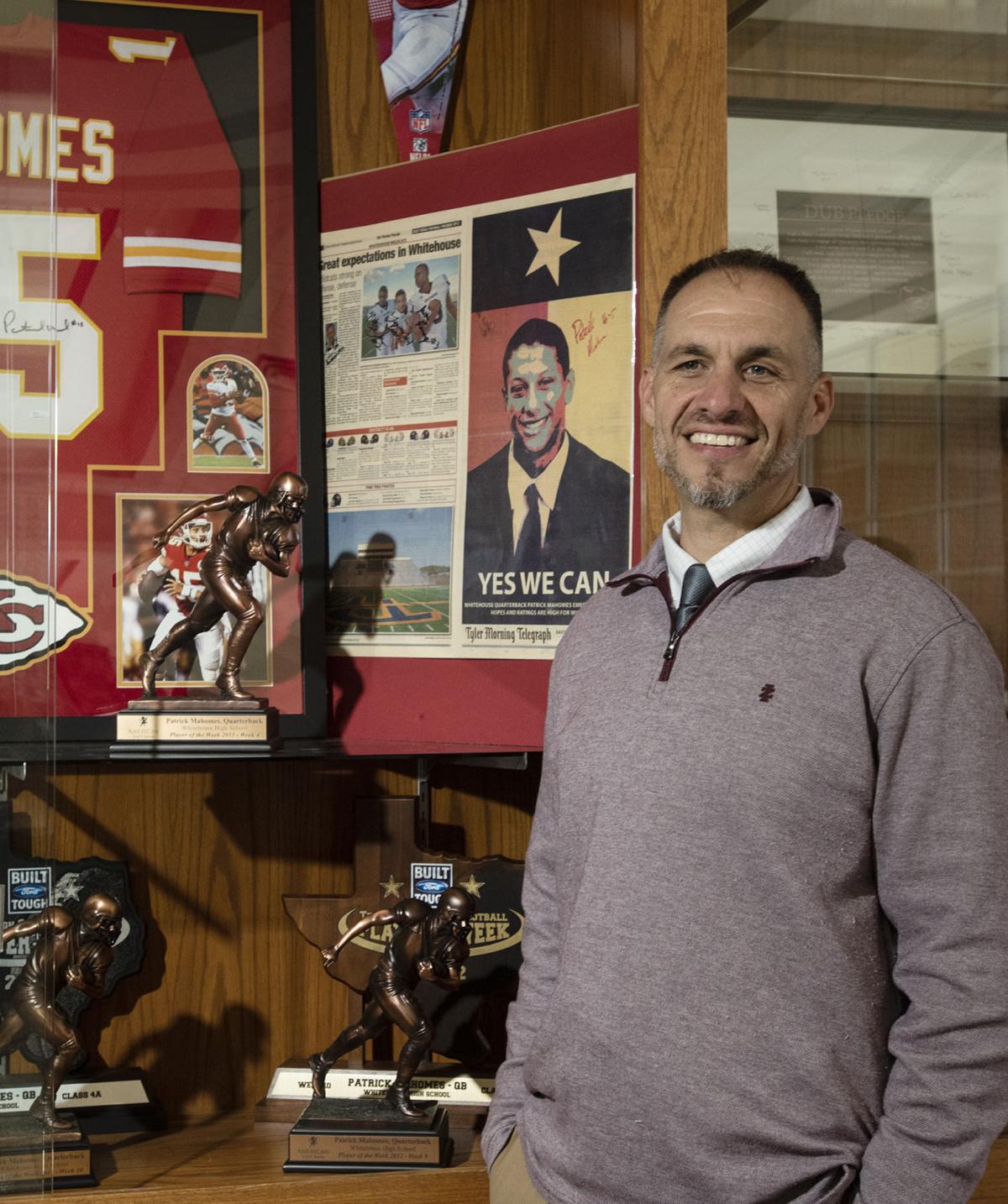 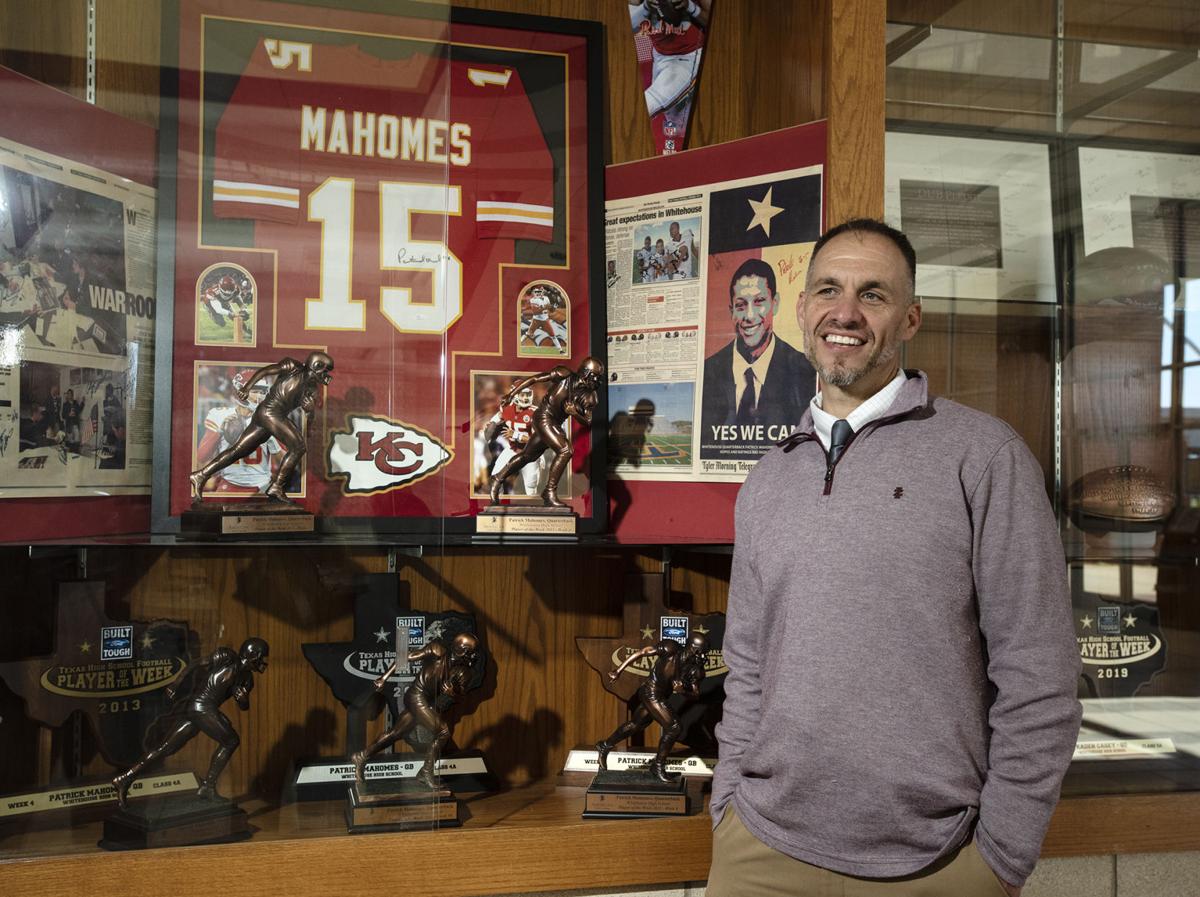 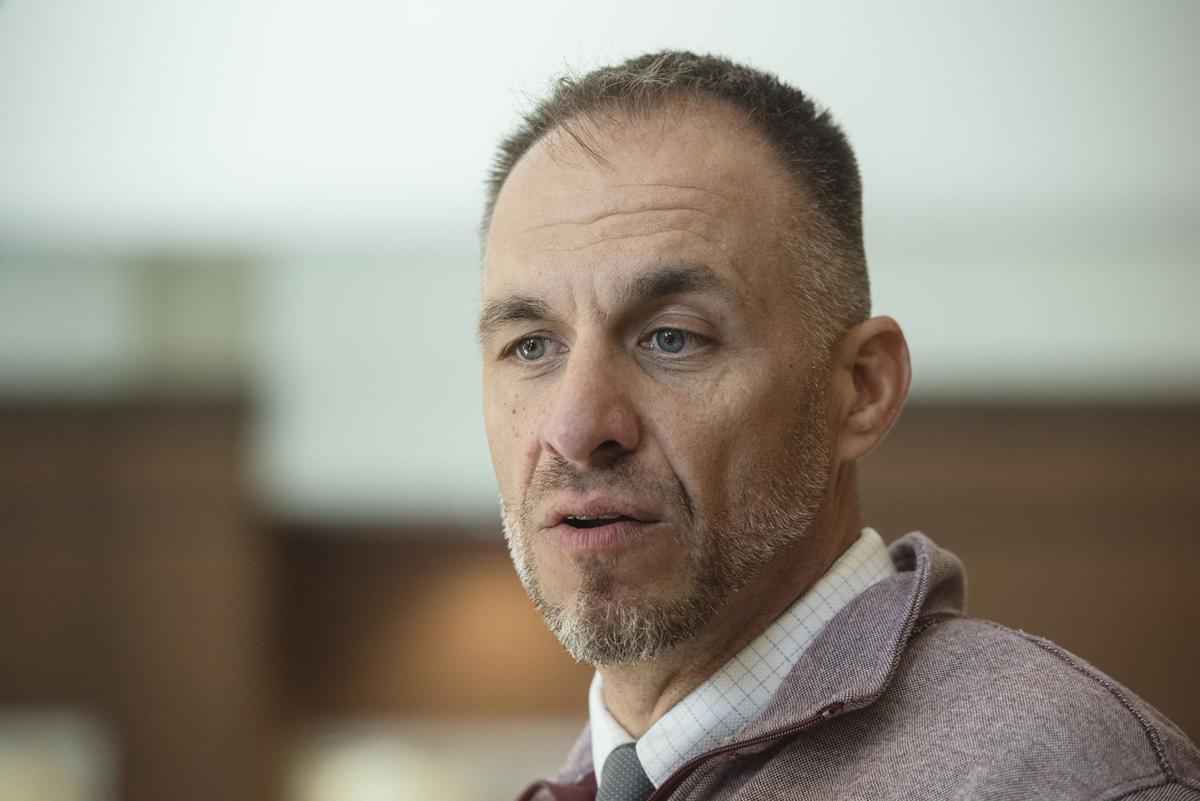 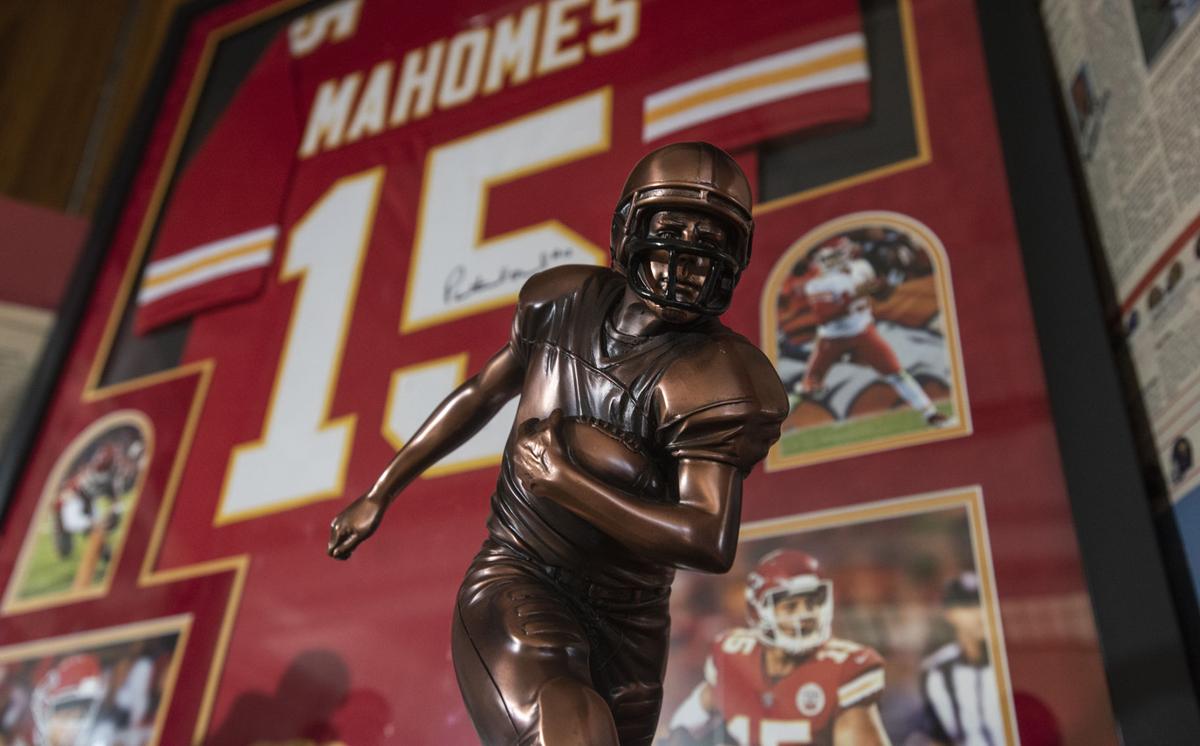 Awards for Patrick Mahomes, newspaper clippings, photographs and a jersey fill a display case in the hallway of Whitehouse High School on Monday. 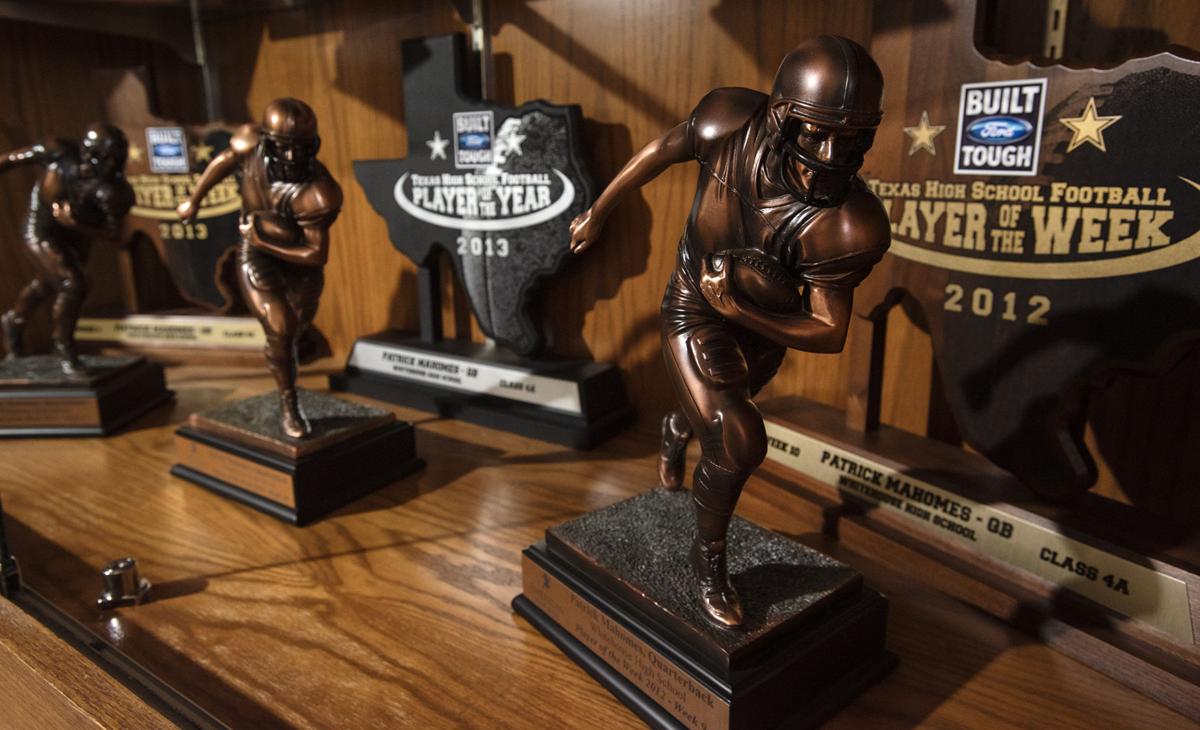 Awards for Patrick Mahomes for American State Bank Player of the Week and Ford Player of the Week from his senior year of high school football line a display case in the hallway of Whitehouse High School six years later, on Monday, Jan. 27, 2019. (Sarah A. Miller/Tyler Morning Telegraph)

Awards for Patrick Mahomes, newspaper clippings, photographs and a jersey fill a display case in the hallway of Whitehouse High School on Monday.

Awards for Patrick Mahomes for American State Bank Player of the Week and Ford Player of the Week from his senior year of high school football line a display case in the hallway of Whitehouse High School six years later, on Monday, Jan. 27, 2019. (Sarah A. Miller/Tyler Morning Telegraph)

WHITEHOUSE — Adam Cook didn’t have to go through bars of candy to find the golden ticket, or even through ticket agencies, after all.

“We were having a baseball parents meeting,” Cook said. “Josh Tomlin (Whitehouse High School graduate and major league pitcher) was talking to the parents.

Cook got to know Kingsbury while he was an assistant at Texas A&M and then head coach at Texas Tech, noting that Kingsbury always stops in to visit when he is in the area.

“The text said, ‘I happened to have an extra Super Bowl ticket and would you like to have it?’” Cook said. “I was overwhelmed and humbled.”

“That’s not from Pat’s former coach at Texas Tech, or the offensive coordinator at Texas A&M for Johnny Manziel, or the head coach of the Arizona Cardinals — that’s from Kliff being the son of a high school football coach; the kid that was hanging around the field house down in New Braunfels while his father was putting in hours and hours in his job as a football coach,” Cook said.

Cook posted an emotional letter on Twitter that he wrote to Kingsbury’s father, Tim, a Texas high school football coach.

Part of the letter states, “Thursday night I was attending our Wildcat Baseball parent meeting. Your and Sally’s baby boy sent a text and blew me away with a ticket offer to the Super Bowl so this old coach could watch his former High School QB in the most exciting game in football. A coach’s kid gets it; I know you understand. The opportunity to watch Patrick start in his first Super Bowl will be forever etched within my heart. I will try my best to take it all in and return to share with his biggest fans in our little East Texas community. They’ve been there all the way, too.”

Cook continued, “My dad never saw his two boys take the field with the league’s MVP, so I use that pain to focus on what matters most: my relationship with my Heavenly Father and use every opportunity I have to influence and impact those He places along the journey. Kliff passed something on when my two boys heard what he had given me. I hope Sam and Caleb take note of his example and allow it to seep down into their souls and decide to pass it along through their ride. Like Coach Robert Qualls used to say, ‘Everyone here has the same opportunities, you just have to find the right opening and run with it.’

“Tell your boy thanks for seeing the opening and taking the opportunity!”

Cook has organized a Chiefs Kingdom South event on Thursday in Whitehouse.

Cook said, “There will be a communitywide celebration of Patrick Mahomes and the Kansas City Chiefs.”

He said everyone is invited. It will be held at The Den, the Wildcats’ indoor workout facility, from 5 to 7 p.m.

“We’ll kick back and share our favorite memories while watching highlights of the 2012 and 2013 Wildcats led by No. 5 (Mahomes),” Cook said.

There will be an area for the kids to throw around the football, he said.

No food or drinks (only water allowed) and no chairs (bring a blanket if you wish).

Cook said he is hoping former teammates, band members, cheerleaders, drill team members and anyone who is a fan of Mahomes will attend.