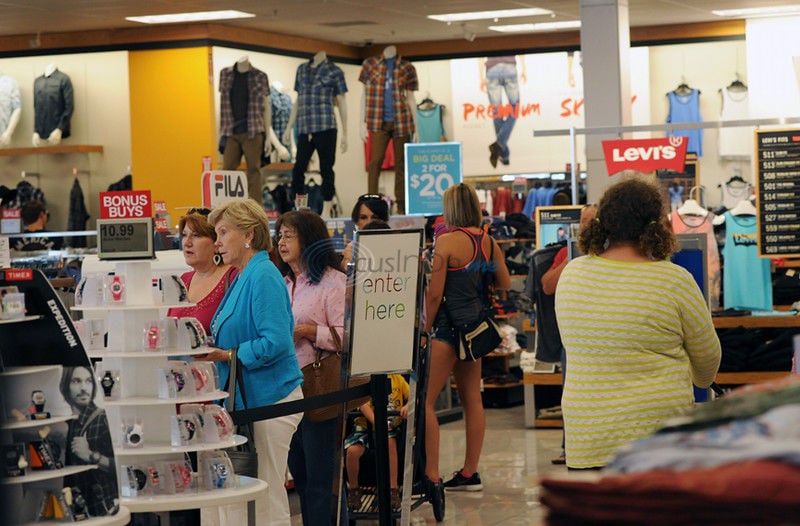 Shoppers wait in line to pay for their purchases. (Victor Texcucano/Staff) 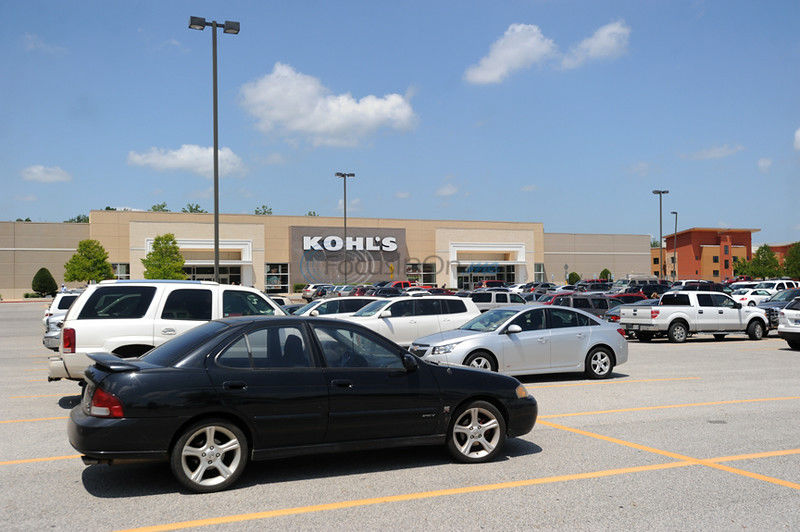 The Kohl's parking lot is filled with the cars of shoppers seeking to taka advantage of Texas' tax-free weekend, which ends today. Most clothing, footwear, school supplies and backpacks under $100 qualify for tax-free status. (Victor Texcucano/Staff)

Shoppers wait in line to pay for their purchases. (Victor Texcucano/Staff)

The Kohl's parking lot is filled with the cars of shoppers seeking to taka advantage of Texas' tax-free weekend, which ends today. Most clothing, footwear, school supplies and backpacks under $100 qualify for tax-free status. (Victor Texcucano/Staff)

Shoppers across East Texas took advantage of the tax-free weekend to restock their closets as the beginning of the school year nears.

The once-a-year holiday, which typically falls on the second or third weekend of August in Texas, offers most clothing, footwear, school supplies and backpacks priced under $100 minus the usual 8.25 percent in state and local taxes.

According to the Texas Comptroller's office, Texas families will save more than $82.7 million during this year's three-day tax holiday, which started Friday.

Allen Ham, Kohl's store manager, said his store does some preparation for the weekend.

In addition to reinforcing his staff by up to 50 to 75 percent, he said they try to get everything in their inventory on the sales floor to make it easier and more efficient for shoppers to enjoy their experience.

"We try to get everything on the floor, that way it is easier for the shopper to find every size available that we have," he said. "We put extra staff in place on tax-free weekend to help the customer and make the shopping experience more delightful so they can get in and out."

Ham said he noticed increased traffic into his store during this weekend, thanks in part to added sales and incentives to drive people into the store.

One of the deal-seekers, Barbara Denman, of Flint, was shopping for her soon-to-be first-grader grandson, Kenson.

Ms. Denman, who was unaware of the tax holiday, said she was shopping simply because it is that time of the year.

"It's the best time to get the bargains," she said. "I really didn't know it was tax-free weekend, until I heard some kids (talking about it)."

She also said that while she is now shopping for her grandchild, she remembers the yearly tradition.

"When my kids were little, we did it all the time. Every year," she said. "I'm just picking up tradition for my grandson."

Amanda Hail, of Tyler, also learned of the holiday after deciding to go shopping.

Ms. Hail, who was shopping for herself and her 4-year-old son, Andrew, said shopping this time of the year is just necessary.

Pam Williams, of Murchison, said she was shopping for herself, her husband and her grandchildren, since her children were grown and out of the house.

She said the added deals brought her to the store, and that she was scouring the Tyler area for sales