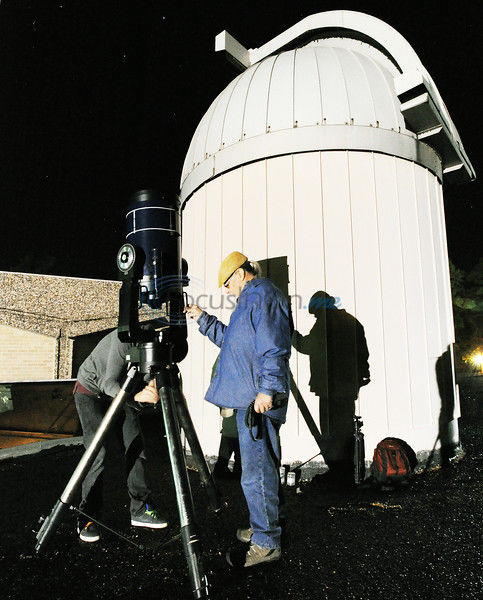 Research associate Steve Korevec helps to set uo the reflecting telescope on the roof of the Meyer Science Building at Jarvis Christian College. Seen in the background is the observation dome with the refracting telescope. Herb Nygren Jr/Staff 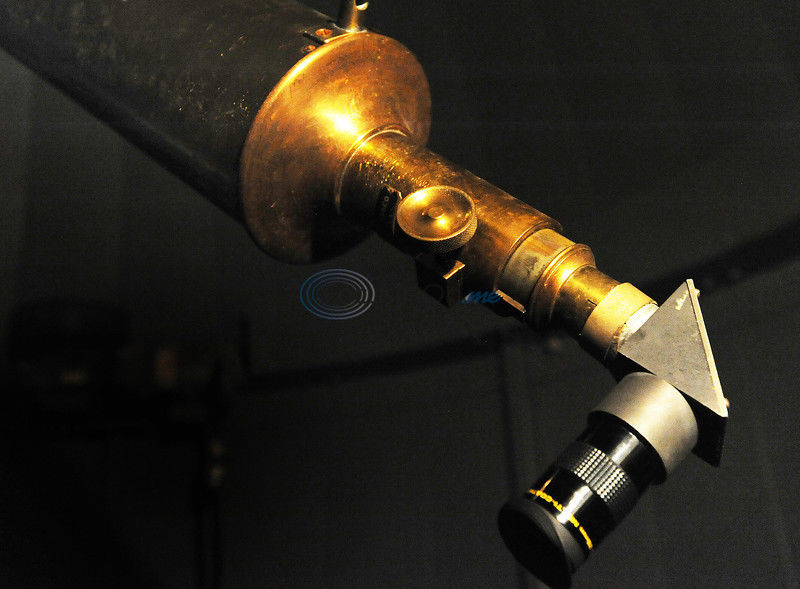 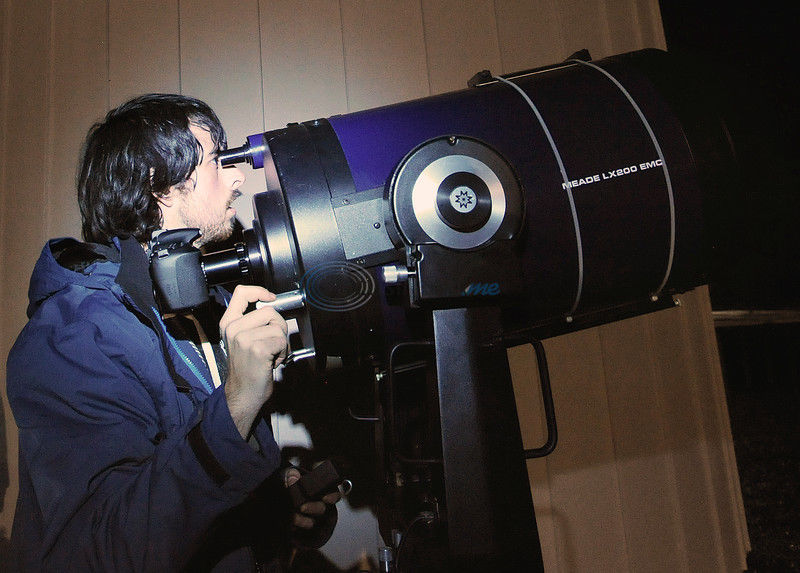 Research associate Steve Korevec helps to set uo the reflecting telescope on the roof of the Meyer Science Building at Jarvis Christian College. Seen in the background is the observation dome with the refracting telescope. Herb Nygren Jr/Staff

Scientists at Jarvis Christian College fixed broken and old space-age equipment and have them ready for the public to see.

A research telescope, a brass telescope and an old planetarium are now operable with the help of a research associate from Stephen F. Austin State University.

A Meade LX200 EMC research-quality telescope sat unused in a box in the business office for decades, said Dr. William Godwin, curator of the East Texas Natural History Museum on the Jarvis Campus. Godwin said no one really knew how to work the equipment and it sat tucked away.

Godwin said it remained in the dark until he watched a planetarium show at SFA and struck up a conversation with Carson Fuls, who agreed to take on the refurbishing projects.

Fuls, 27, is working on his masters in physics at SFA, and is working to calibrate and automate telescopes at the college to find and research asteroids.

Fuls said the 12-inch reflecting telescope is research quality and is the perfect size for asteroid hunting and looking at different galaxies for new stars, or novas.

"It has some electronic problem because it was sitting there so long," Fuls said. "The first time I plugged it in and hit the switch, it blew a fuse. The next time I put a new fuse in, one of the capacitors exploded. There was smoke — it smelled horrible."

Fuls said he thought he broke the telescope, which he estimates to be worth between $5,000 and $6,000, but after taking the computer out of it and fixing the components, it works perfectly.

There was some discussion on how old the telescope is.

Dr. Bud Wellmon, who has been teaching history at the college since 1967, said a woman astrologer with ties to Texas Christian University donated the telescope.

Fuls said he thinks the telescope is newer.

"They only started making these telescopes in '91," he said. "The weird thing was when I turned it on, it remembers the last date it was set up for, and it said 1963. That was weird. I know this didn't exist in 1963. It was probably just a bug, but I thought it was some sort of time traveling kind of thing."

Fuls also spruced up a tan old Nova 3 planetarium projector, which was tucked away in the basement of the Meyer building. The basement planetarium is constructed entirely of concrete with the manual machine in the center. At one time, chairs were bolted into the floor, but they have since disappeared. The projecting machine is an antique. Fuls said production on that particular model stopped in 1975.

The educational star machine features a big black ball, where the stars rest and seven movable discs that hold the planets on their respective orbits. Fuls said the machine has to be manually set for the time of year, but it does show a Milky Way Galaxy, which is rare for the machine's time frame.

Fuls said the planet projector was in surprisingly good shape. He replaced some wires and bulbs and it is back to its glory days.

The college also has an 8-foot long brass refracting telescope in an observatory on the top of the Meyer building.

"It was at a school in Dallas and it was given to Jarvis," Godwin said. "This telescope is probably from the 30s. It's much older than anything on campus, probably."

Godwin said the telescope was well protected from the elements in a round observatory, with a mechanically movable top.

The brass telescope is not intended for research, and is more useful as a general viewing telescope or to use for instruction, Fuls said.

"It's a different type of telescope," Fuls said. "The big research one is a reflector — it uses a mirror, and the one that is on the dome looks bigger but it's a refractor, and it's not as powerful. It bends the light. It's good for looking at Venus and the moon, but it's not really good for doing research because it doesn't track and you have to track the stars to be able to do research."

The college will host an open house event for amateur and professional stargazers tonight at the college in Hawkins, off U.S. Highway 80.

The event starts at 8 p.m. in the Meyer building and will feature a demonstration of the equipment in the planetarium and the telescopes, as well as a demonstration on celestial photography.