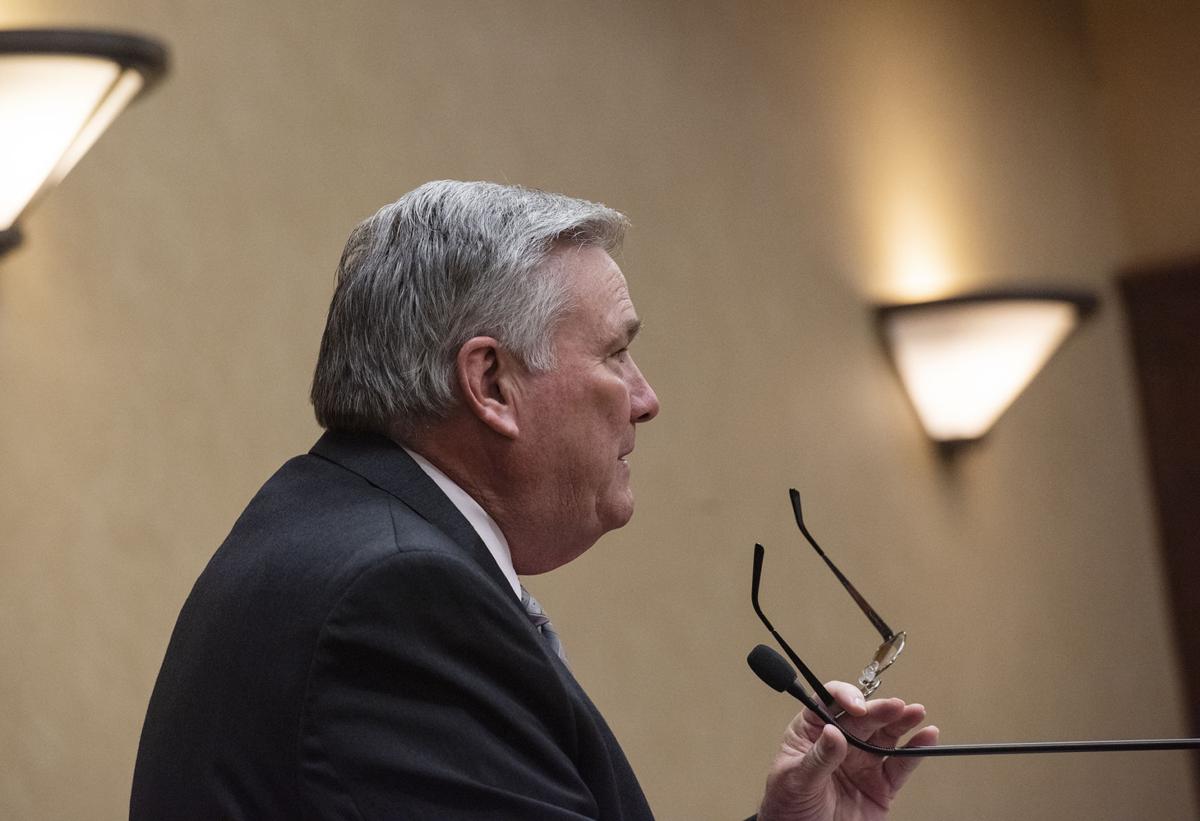 Smith County Sheriff Larry Smith speaks about how the prison can handle the coronavirus precautions during the Smith County Commissioners Court meeting on Tuesday in Tyler. 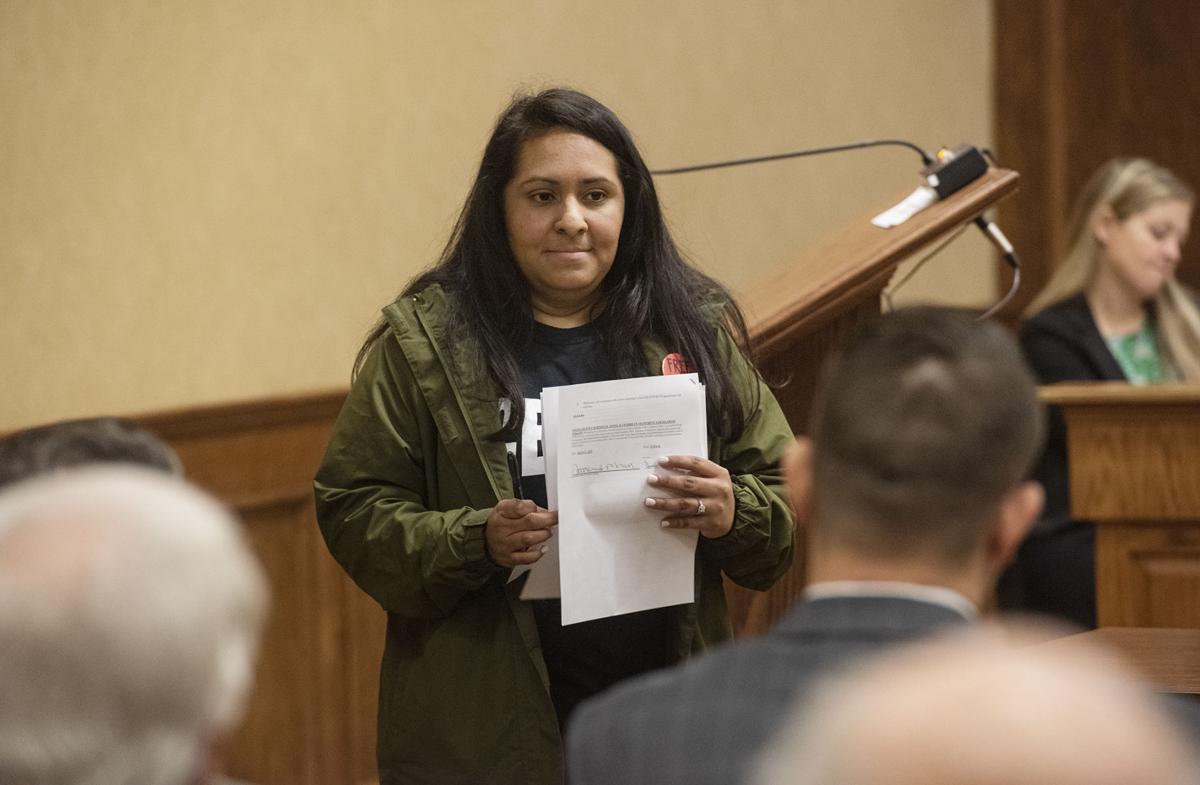 Community activist Dalila Reynoso walks away from the podium after speaking about her concerns for the health and safety of those inside the prison during the Smith County Commissioners Court meeting on Tuesday, March 17, 2020 in Tyler. 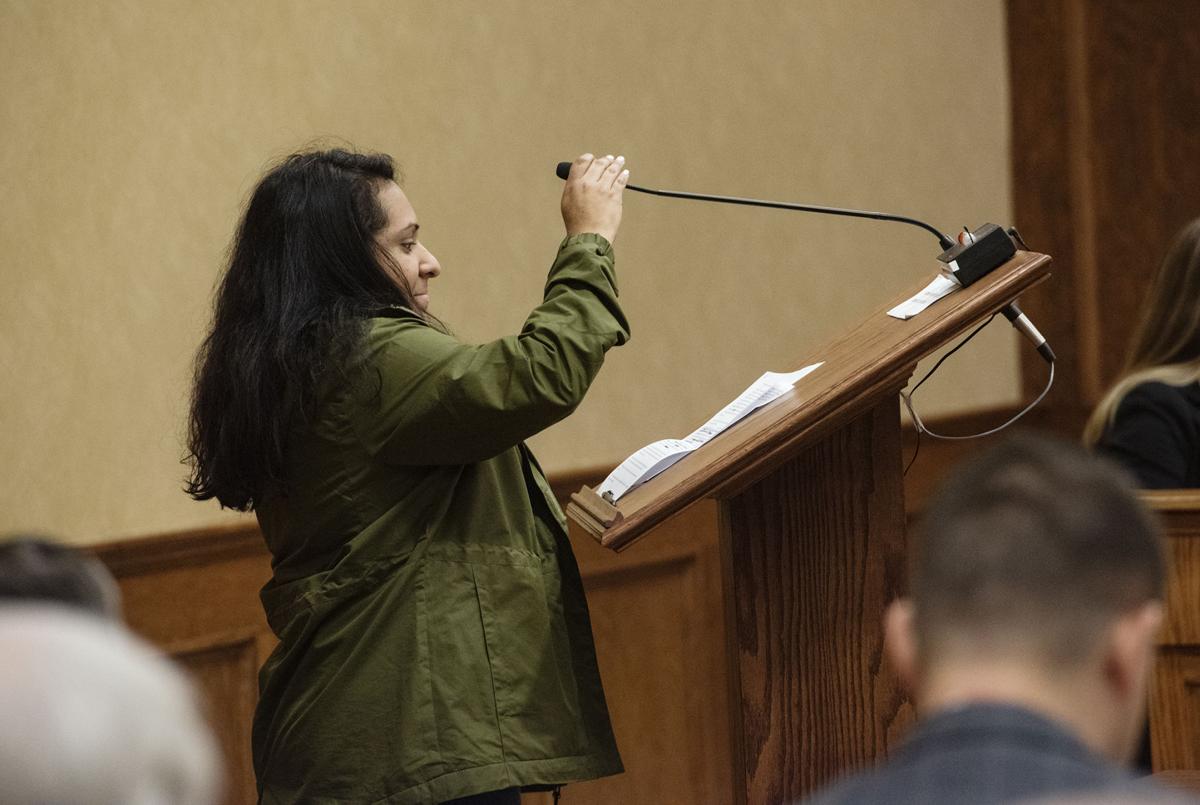 Community activist Dalila Reynoso takes the podium to speak about her concerns for the health and safety of those inside the prison during the Smith County Commissioners Court meeting on Tuesday in Tyler. 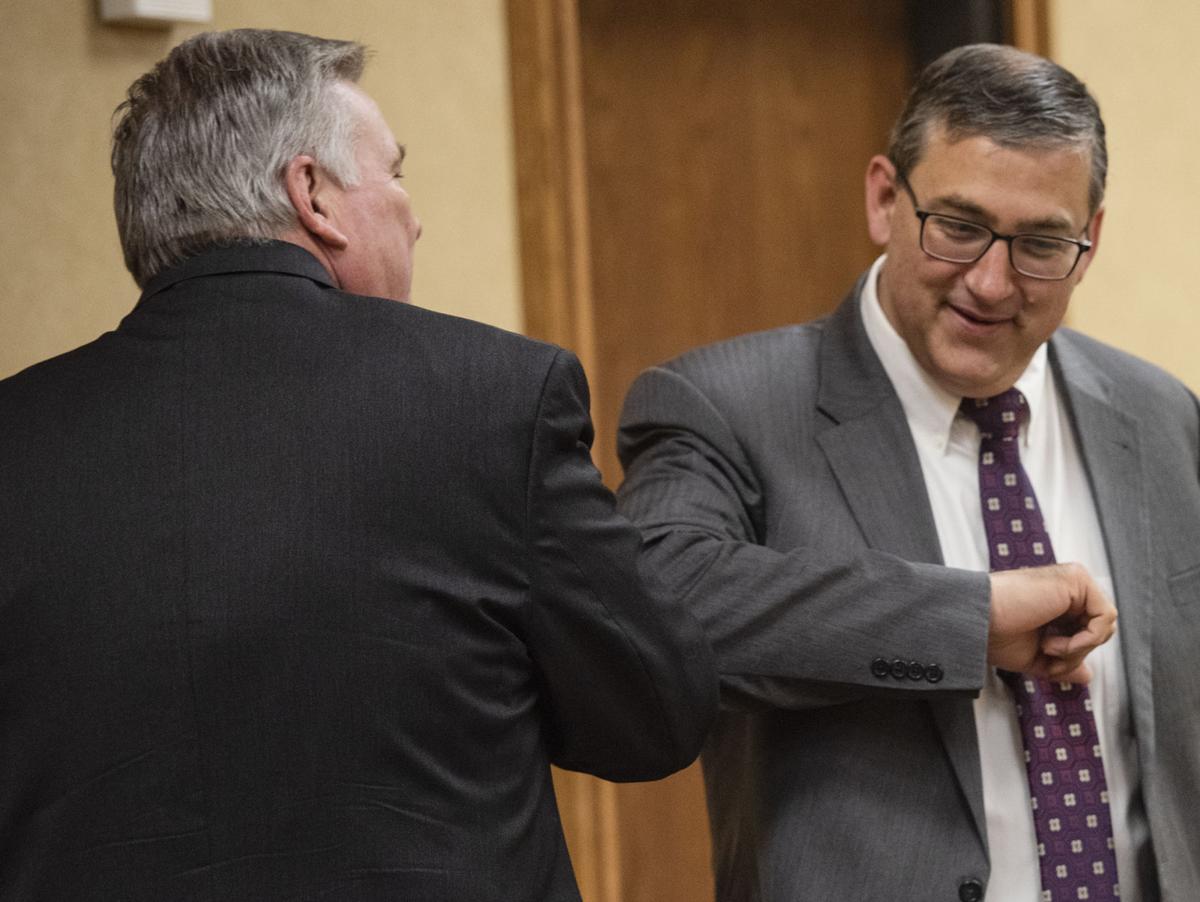 Smith County Sheriff Larry Smith speaks about how the prison can handle the coronavirus precautions during the Smith County Commissioners Court meeting on Tuesday in Tyler.

Community activist Dalila Reynoso walks away from the podium after speaking about her concerns for the health and safety of those inside the prison during the Smith County Commissioners Court meeting on Tuesday, March 17, 2020 in Tyler.

Community activist Dalila Reynoso takes the podium to speak about her concerns for the health and safety of those inside the prison during the Smith County Commissioners Court meeting on Tuesday in Tyler.

As extra precautions are being taken in light of the coronavirus, the Smith County Sheriff’s Office is working to ensure the county jail is safe for its inmates, employees and the public.

In the event of an outbreak at either county jail, both Smith and Gregg county sheriff’s offices are working together to ensure the protection of inmates. Smith said he’s been in contact with Gregg County Sheriff Maxey Cerliano.

If a Smith or Gregg County inmate were to contract coronavirus, Smith said there are two negative pressure ventilation cells at the Smith County Jail that an infected person could be placed in. These cells are made for tuberculosis and prevent the air from going into other areas.

If there were to be more cases in the jails, Smith said there is a Gregg County facility that will be emptied out and can hold up to 36 inmates from both county jails.

All jail visitation is done through video at the Smith County Low Risk Jail. Smith said there are 34 video phones and the sheriff’s office is allowing no more than 34 visitors at a time.

“We’re blessed to have video visitation during this time,” Moran said.

The phones and visitation area is undergoing frequent cleaning and disinfection to prevent any potential spread, Smith explained.

Visitors who come for visitation showing symptoms of the coronavirus are asked to leave, he said.

Northeast Texas Public Health District CEO George Roberts, who addressed the commissioners’ questions Tuesday, said he and Smith should have conversations about the jail regarding the coronavirus.

Seeking to help those in the jail, community activist Dalila Reynoso advocated for the release of inmates charged with non-violent crimes during the public comment portion of the commissioners court.

“I felt compelled that we too have to speak out for that vulnerable population,” she said after the meeting. “It’s still heavy on my heart that I feel that we should be speaking out.”

There have been a lot of conversations about how to move people through the jail system to possibly use personal recognizance bonds or keep the jail from being flooded with non-violent criminals, Moran said.

Smith said there’s a possibility of non-violent class B misdemeanor offenders receiving a written citation and letting them report at a later date, but this has not been decided yet.

Reynoso, who advocates for undocumented immigrants, is seeking for the jail to be transparent and wants to make sure precautions are being taken.

She is giving her concerns to Smith to do her part and help those inside the jail.

“I am thankful that the sheriff is open to listening to me,” she said.

Jury duty in Smith County has been suspended until April 13. Any jurors who have received a summons to appear in court from Monday, March 16, through April 1 don’t have to come to the courthouse. Jurors are not scheduled for the week of April 6 to 10. The jurors are going to be rescheduled and will receive a new summons, according to a Smith County news release.

Grand jury service will continue, and the grand jurors will have to report when scheduled.

The district courts within the county are going to continue their non-jury court cases. The County court-at-law judges are rescheduling non-essential court cases, but handle the non-jury criminal proceedings. Judges are requesting court appearances be limited to the person and their counsel, if possible. For those with specific questions about judicial proceedings, contact the court, where the case is pending, according to the news release.

The sheriff’s office is also working to make sure the jail facilities are consistently cleaned and disinfected, Smith said.

Smith said the jail ministry, where churches come in to speak to inmates, has been suspended in light of the virus concerns. Parole hearings conducted at the jail have not been suspended yet.

The Texas Commission on Jail Standards has decided to remove the required rule of one detention officer to every 48 inmates. However, the Smith County Jail will continue to adhere to the rule, he said.

“As long as we can stay with the 1 to 48 ratio, we’re going to stay with it because we don’t want to have to get back to it once this is over with,” Smith said.

Any trustees working with the public will not be allowed to do so at this time, he added.