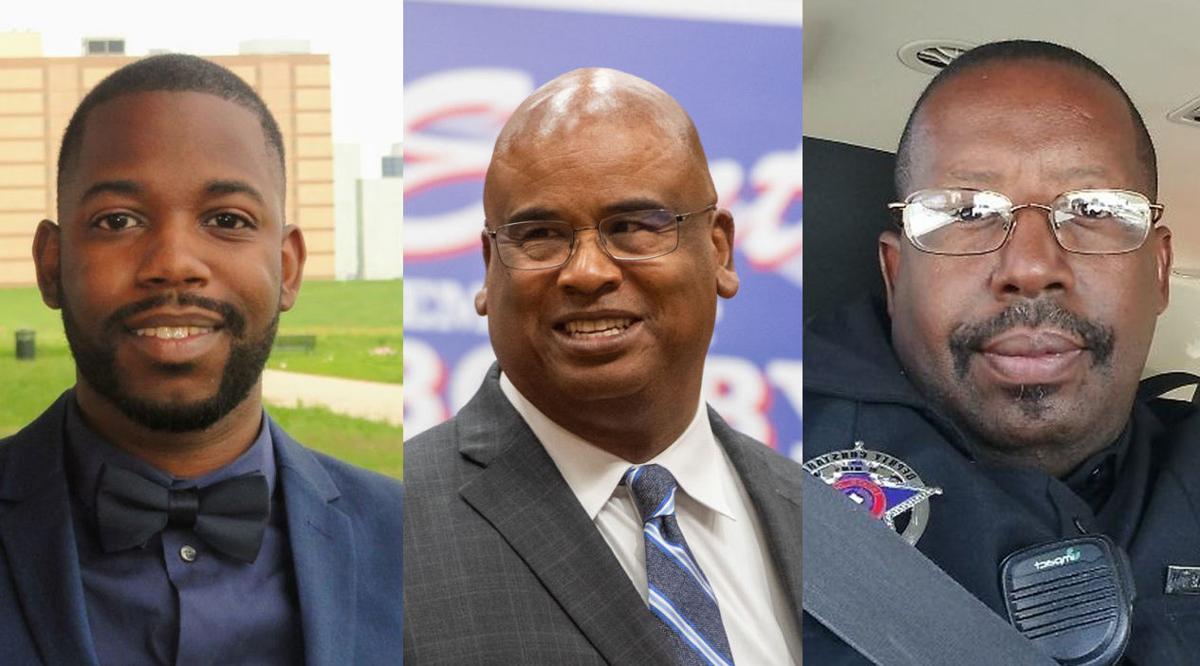 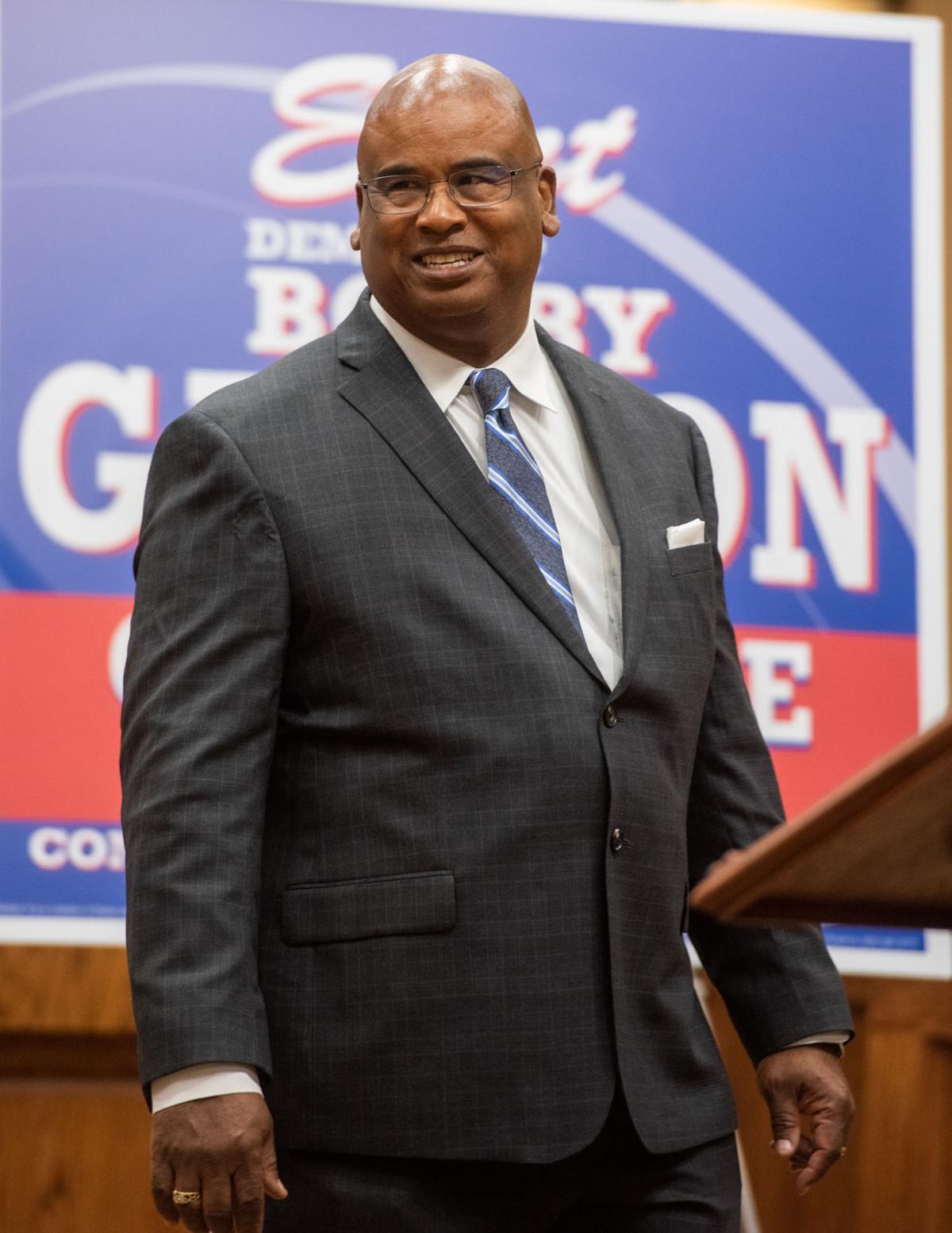 Bobby Garmon, appointed by the Smith County Commissioners Court to serve as constable of Precinct 1 in 2017, speaks during a campaign kickoff event announcing his run for the Democratic nomination for his position Thursday, Nov. 14, 2019, at the Smith County Courthouse Annex in Tyler. (Cara Campbell/ Tyler Morning Telegraph) 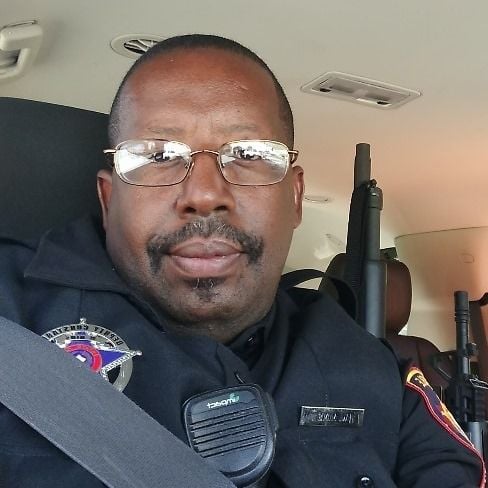 Willie Mims Jr. is running for the Precinct 1 constable seat as a Democrat in the March 3 primary. (Facebook photo) 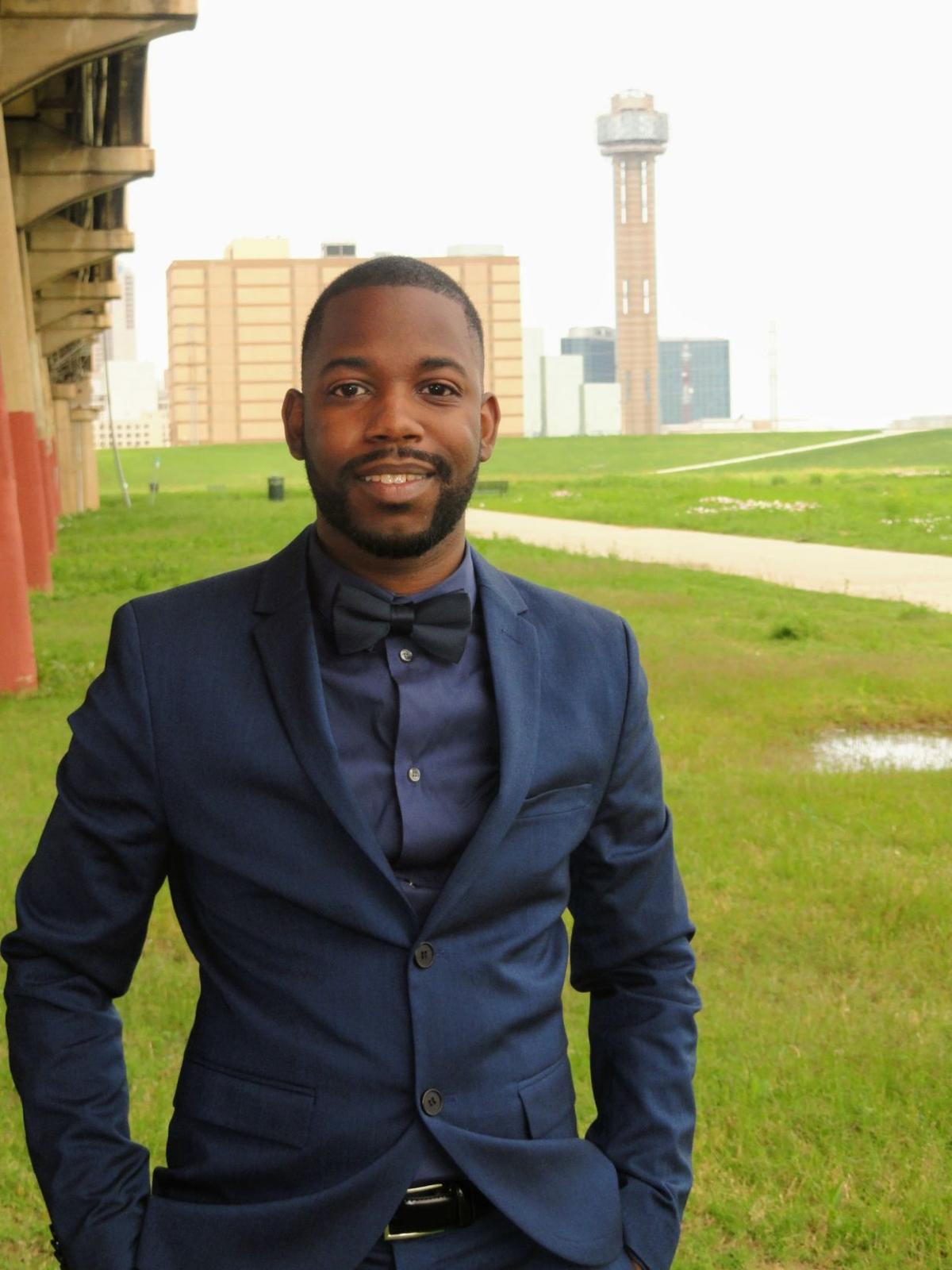 Curtis Traylor Harris is running for the Precinct 1 constable seat as a Democrat in the March 3 primary. (Courtesy)

Two candidates for Precinct 1 constable in Smith County are heading to court after the incumbent said one of his challengers did not meet the legal requirements for appearing on the March ballot for the Democratic primary.

Bobby Garmon, who was appointed to the post in 2017, filed a lawsuit to remove fellow candidate Willie Mims from the ballot.

Mims, 51, a Precinct 1 constable’s deputy, is one of two candidates challenging Garmon in the Democratic primary. Curtis Traylor Harris, a Texas Juvenile Justice Department corrections officer, is also seeking the position. There are no Republican challengers.

Garmon, 61, was appointed as interim Precinct 1 constable after the previous occupant of the office, Henry Phillip Jackson, was sentenced to six months in federal prison for income tax evasion.

According to documents filed Thursday, Garmon asserts that Mims’ application to be on the ballot for Precinct 1 constable does not include a petition with at least 200 valid signatures from registered voters in Smith County Precinct 1. The petition was filed in the 241st District Court.

Garmon alleges Mims’ application, which contains 212 signatures, does not comply with this requirement because 85 signatures are invalid.

Garmon said he checked both Harris’ and Mims’ applications, and he would be doing the same if any candidate looked to have incorrect information on their application.

In Harris’ case, he chose to pay a filing fee for his application rather than fill out a petition.

When looking at Mims’ application, Garmon said he noticed addresses that were not within Precinct 1. Some of the addresses listed Troup, Lindale and Whitehouse residences, he said. He also noted that a majority of signatures were made on the same day, Dec. 9, the last day to file for candidacy.

According to a Smith County precinct map for constable and justice of the peace, Precinct 1 includes most of Tyler that’s inside Loop 323, including the downtown area; neighborhoods north of State Highway 31; and neighborhoods near Lindsey Park but excluding some neighborhoods near South Broadway Avenue.

According to the lawsuit and Mims’ petition, there are 17 signatures that are either missing the signer’s required date of birth or voter registration number. Eight of the signatures do not provide the date the signature was made.

When the Tyler Morning Telegraph reached out to Mims for comment, he said the challenge has been brought to his attention, but he would not be making a statement until Sunday. Mims said he intends to continue with his candidacy.

The lawsuit, which is styled Garmon v. Smith County Democratic Party Chair Michael Tolbert, notes that Tolbert believes Mims’ application does not fulfill requirements, but Tolbert believes he does not have the authority to take Mims off the ballot without a court order.

Tolbert said he is following the advice of the state Democratic Party on how to proceed. He says the process at this point is resolved on his part.

“It’s out of my hands at this point,” Tolbert said.

Garmon requested that the court issue a temporary restraining order, temporary injunction and permanent injunction stopping Tolbert from placing Mims on the Democratic primary ballot or certifying Mims for the general election ballot for Precinct 1 constable.

He also wants the court to issue a temporary restraining order prohibiting Tolbert or anyone acting on his behalf from printing the primary ballots until the court has heard and ruled on the request, the lawsuit states.

Garmon’s lawsuit asserts Tolbert’s “unlawful actions” will cause Garmon to run against a person who is not lawfully entitled to have his name on the ballot.

Tolbert contacted Mims via email Dec. 23 about the challenge.

Tolbert said he sent another email Tuesday telling Mims that he had until 5 p.m. Jan. 8 to respond. According to Tolbert, Mims’ response to that email satisfied the request from the county Democratic Party.

As of now, Mims remains on the ballot, Tolbert said.

The next step for those involved will be going through the court process.

“We’re just waiting on the verdict from the judge,” Garmon said.

Although Garmon and Mims work in the same office, Garmon said they do not speak about the election race.

After hearing of the challenge on Mims’ application, Harris said there were at least 14 of his supporters whose names were listed on Mims’ petition. After speaking with those people, they told Harris they didn’t sign any petition.

Harris said it’s the candidates’ responsibility to make sure the documents in their application, including a petition, are valid.

“We all have rules and regulations to follow and all candidates should follow those rules,” Harris said. “We’re all in a competition. We should run on our backgrounds and merits and keep it honest.”

On Dec. 19, Garmon sent a challenge to Tolbert regarding Harris’ candidacy, saying that Harris has not lived in Smith County Precinct 1 for the required six months before Dec. 9.

In his application, Harris, 32, said he has lived in the precinct for nine months prior to Nov. 12.

Garmon cites financial records that were filed April 24 for Harris to run for the District 11 seat on the Dallas City Council. In those documents, he listed his residence as a Dallas apartment complex.

On his application for the Precinct 1 constable ballot, Harris listed his residence in Tyler within Precinct 1. Harris, who calls himself a lifelong Tyler native, said he lived in Dallas until he moved back to Tyler on April 30 because he knew he was going to lose the race there.

Harris received an email from Tolbert on Dec. 20 about the challenge, and he then presented the documents showing he was a Smith County Precinct 1 resident. He said he wasn’t upset because he knew the challenge of his residence was coming.

“I think it’s unethical on his part,” Harris said.

Garmon said he decided not to go through the residency challenge because it’s one of the hardest things to prove.

Garmon, who has over 40 years of law enforcement experience, said he wants to run on his background, leadership and his knowledge on running a department. He worked at the Smith County Sheriff’s Office for about 33 years.

Garmon said he doesn’t see the challenges as negative.

Based on the Texas Election Code 172.025, candidates wanting to be on the ballot must fill out a petition with voter signatures, which must be 2% of the total vote received in the precinct by all candidates for governor in the most recent gubernatorial general election.

In the case of Smith County Precinct 1, those signatures must total at least 200 voters registered within the precinct.

Based on the election code, a candidate cannot amend their application to make corrections when the filing deadline has passed. The filing deadline for this race was Dec. 9, which is also the same day Mims filed, according to the Texas secretary of state website.

If a candidate chooses to pay a filing fee, they don’t have to get a list of signatures, according to the election code.

Based on the state election code, a candidate must reside in the territory of the office for at least six months before the filing deadline.