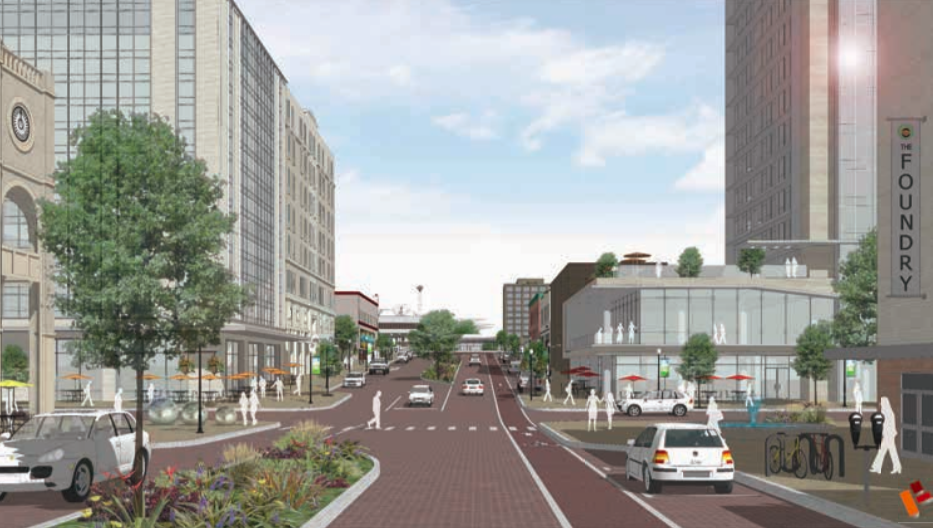 Smith County officials are moving forward with planning for building upgrades in downtown Tyler, a process that will include considering options for a new courthouse.

At its Tuesday meeting, the Smith County Commissioners Court approved an architecture contract with the Tyler firm Fitzpatrick Architects and a project management contract with the Dallas-area firm Project Advocates LLC.

The Fitzpatrick contract requires facilities assessment and planning including “restoration, renovation, and construction of courthouse facilities, courthouse annexes, county offices, and green spaces owned by Smith County,” according to a draft version of the document.

The move comes about a year after the architecture firm went public with an ambitious vision to transform the downtown area into a pedestrian-friendly destination.

The firm’s vision involves improving the green space in the downtown square, renovating buildings in the area and accommodating a more attractive courthouse.

“Part of it is coming out of our plan for downtown that we did that involved the city, and part of that involved resetting the center, and the courthouse is obviously a part of that,” Steve Fitzpatrick, the president of the firm, said in an interview Tuesday. “The county probably owns more property in this area than anybody else.”

In September, the county created a focus group called the County Seat Coalition to look at development in the downtown area. As part of that plan, the city and county split the cost of hiring a Mississippi-based Retail Coach LLC to help recruit businesses downtown.

“I think the judge took an interest in the downtown plan and how that could change Tyler and improve the economy, and so he reached out to us and said they were going to do a (request for qualifications) for architectural services and we submitted and got selected,” Fitzpatrick said.

“This is really exciting because it’s a combination of the city and the county together in this coalition to make change happen in the downtown area, and now they’re reaching out and saying, ‘We need some help to make this happen,’” he said. “So to us this is great because it’s real progress that has taken place.”

Fitzpatrick said the next step is to meet with County Judge Nathaniel Moran on Friday to discuss moving forward. On Monday, the firm plans to submit an application in conjunction with the city and county for a federal grant through the U.S. Department of Transportation. The firm worked with the city on a similar grant in 2018, but was not selected during that round.

That grant would have brought $5 million in federal money, and the city of Tyler would have matched $1.25 million. The proposal was to narrow Broadway Avenue between Front Street and Elm Street in order to widen the sidewalks and put in more green space.

After the rejection, Fitzpatrick said stakeholders sat down with reviewers in Washington, D.C., for a two-hour meeting and learned how to make the application more competitive. One of the issues, he said, was that the application proposed only a limited amount of streetscaping, and would have been more successful if it had had a bigger impact.

In the new application, the scope has been expanded to include streetscaping around other buildings in the downtown area and a new parking garage that could go on county property, Fitzpatrick said. He said the project would cost closer to $25 million, and just under $20 million would come from the federal grant.

City Manager Ed Broussard is recommending the City Council approve the application for the grant at a meeting Wednesday.