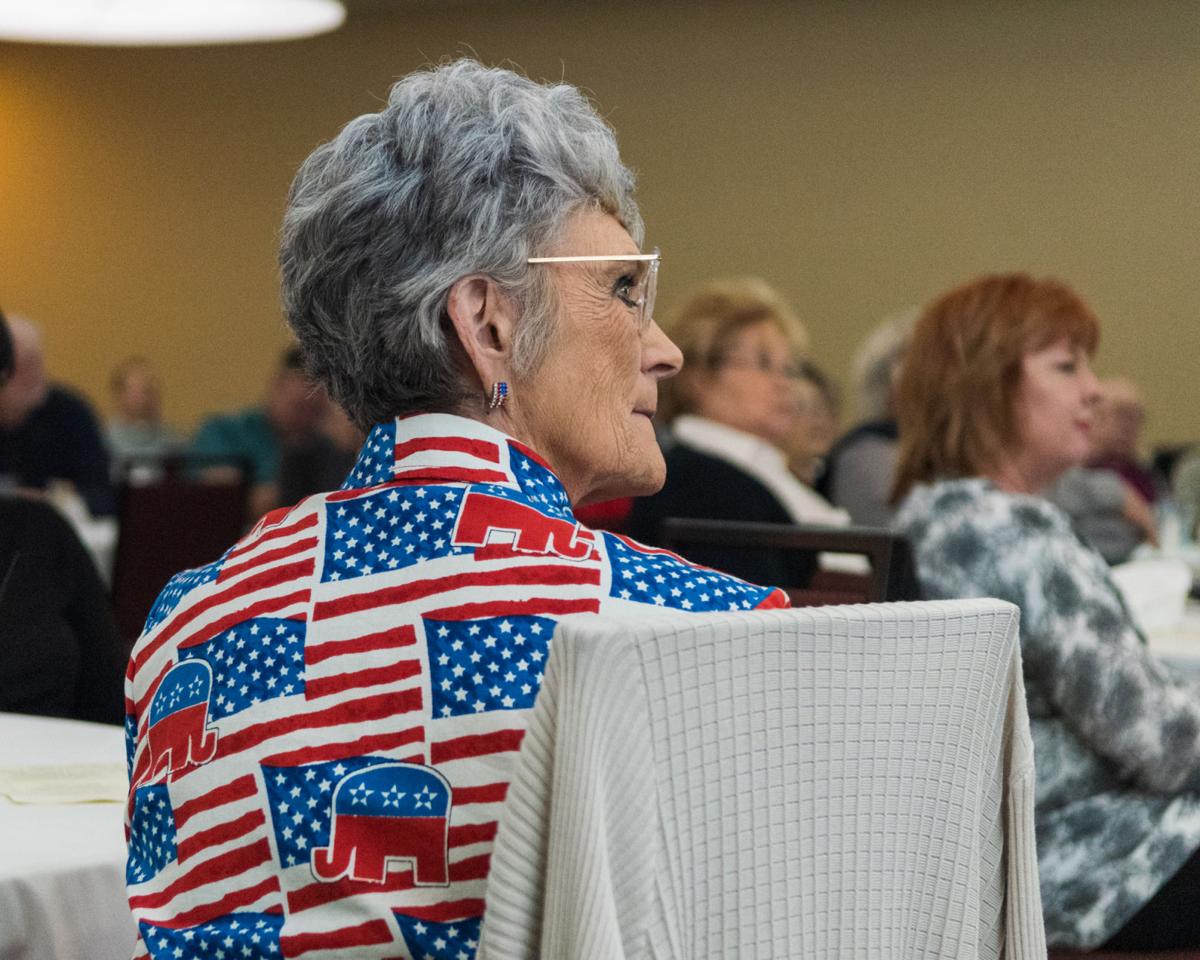 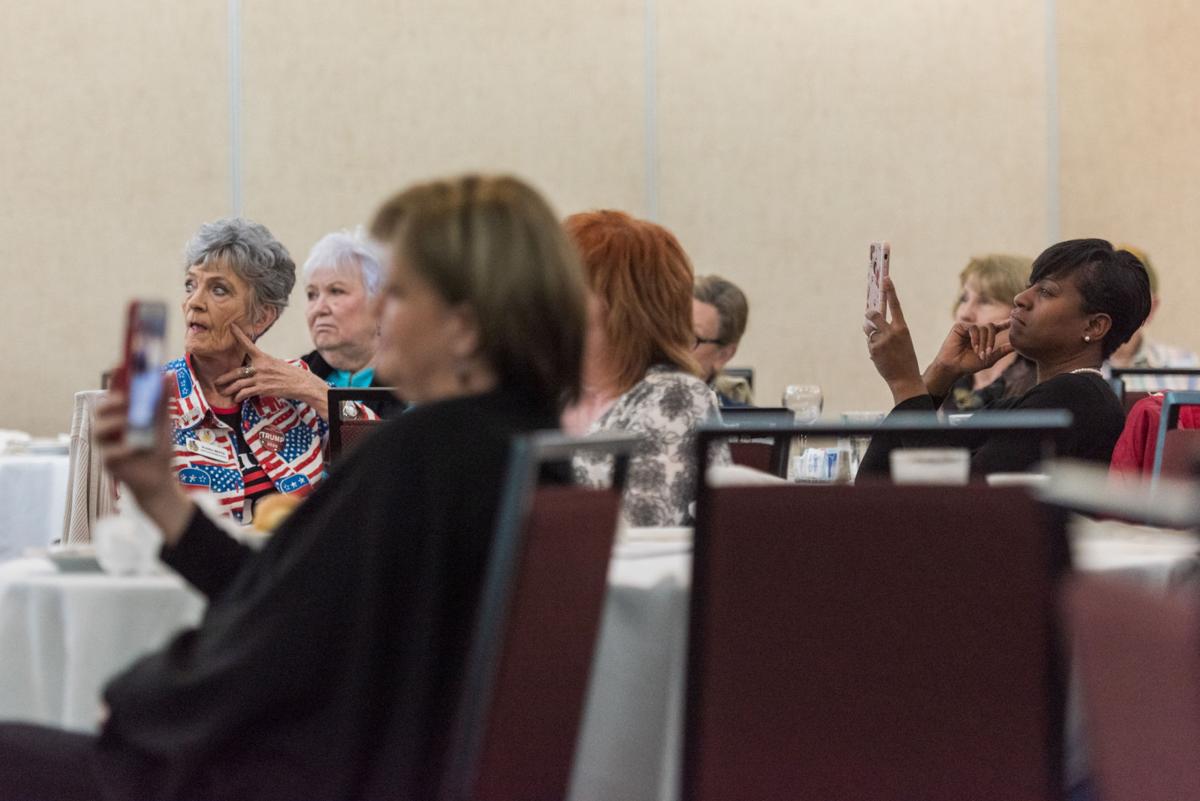 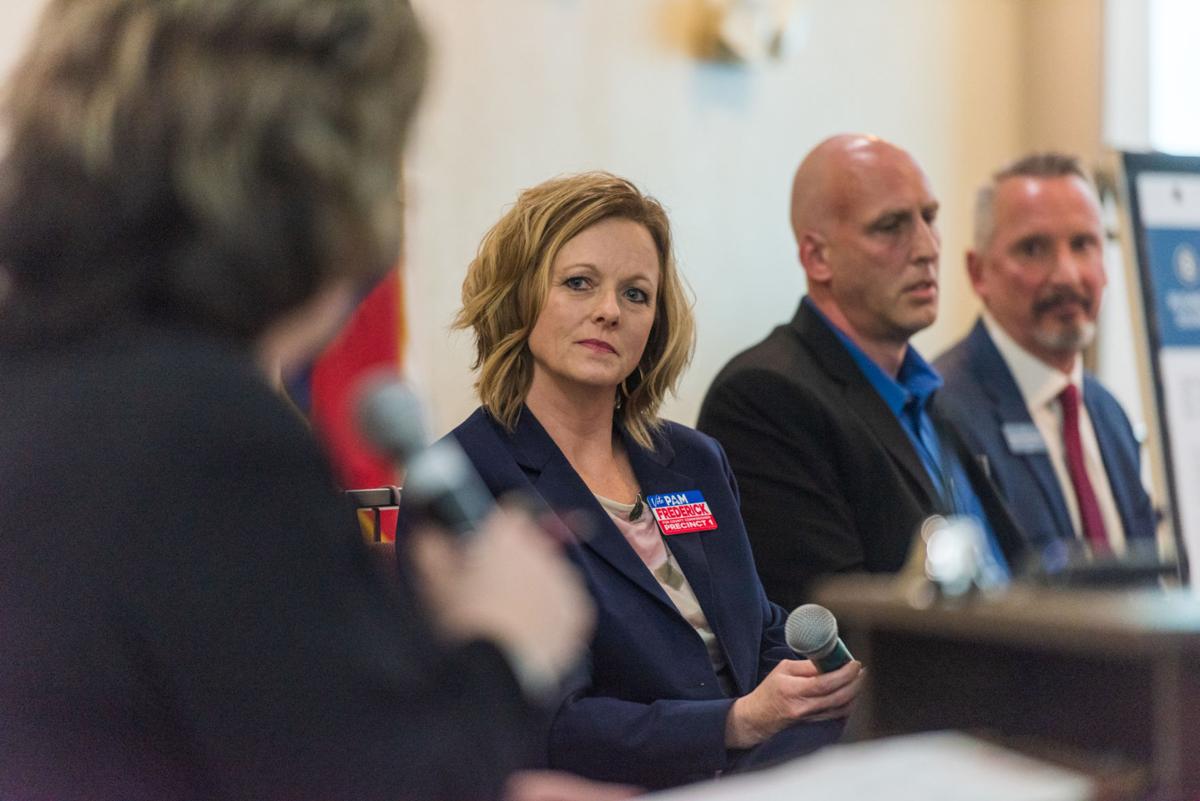 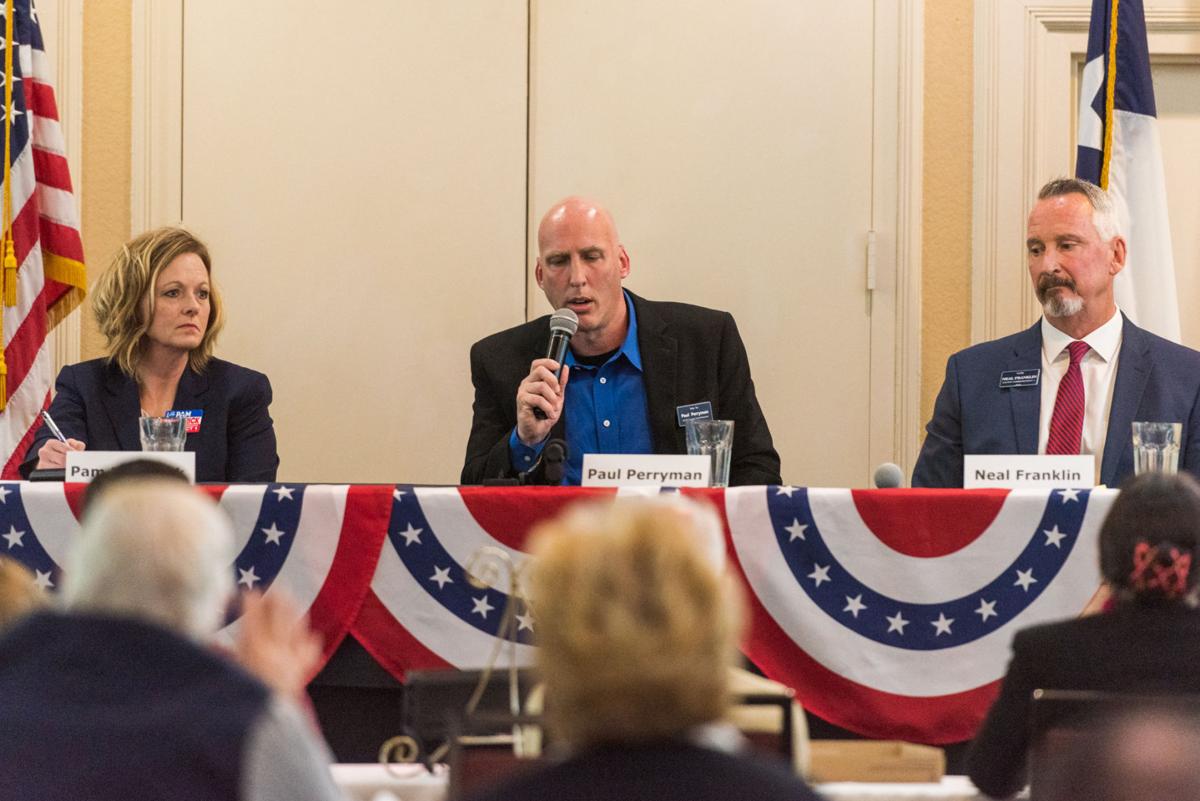 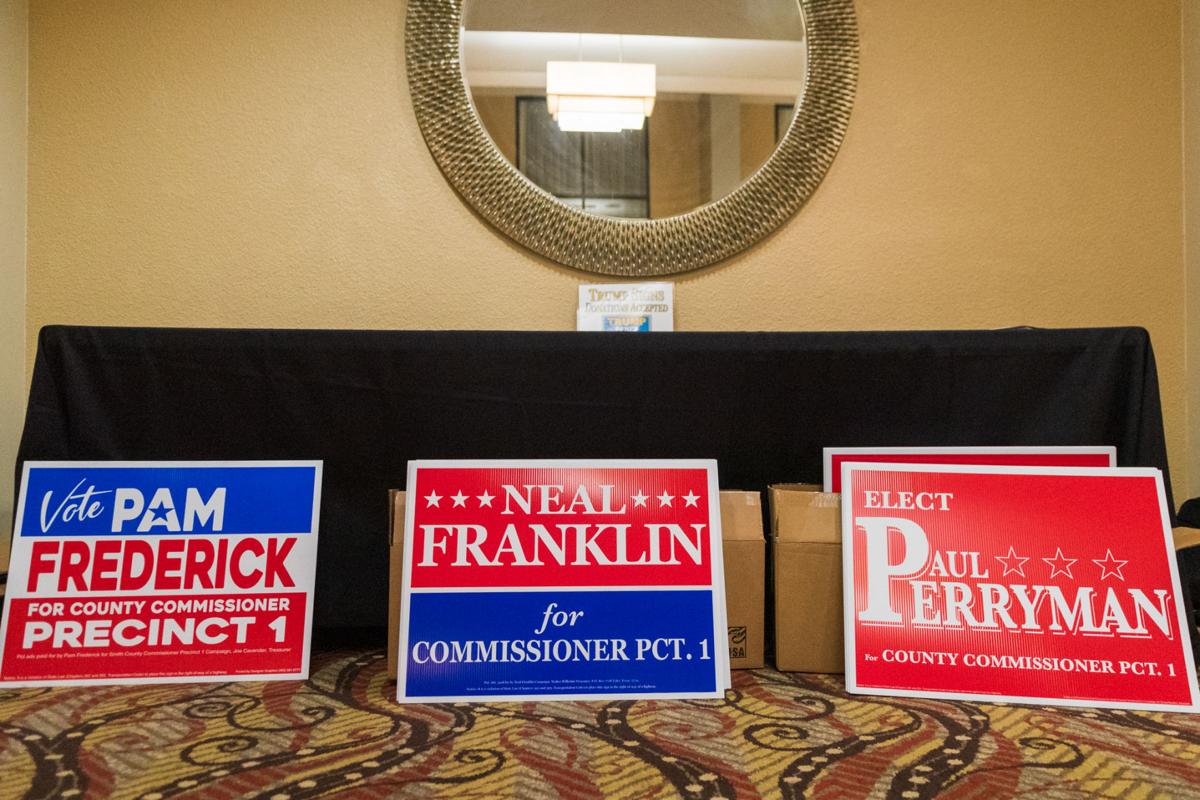 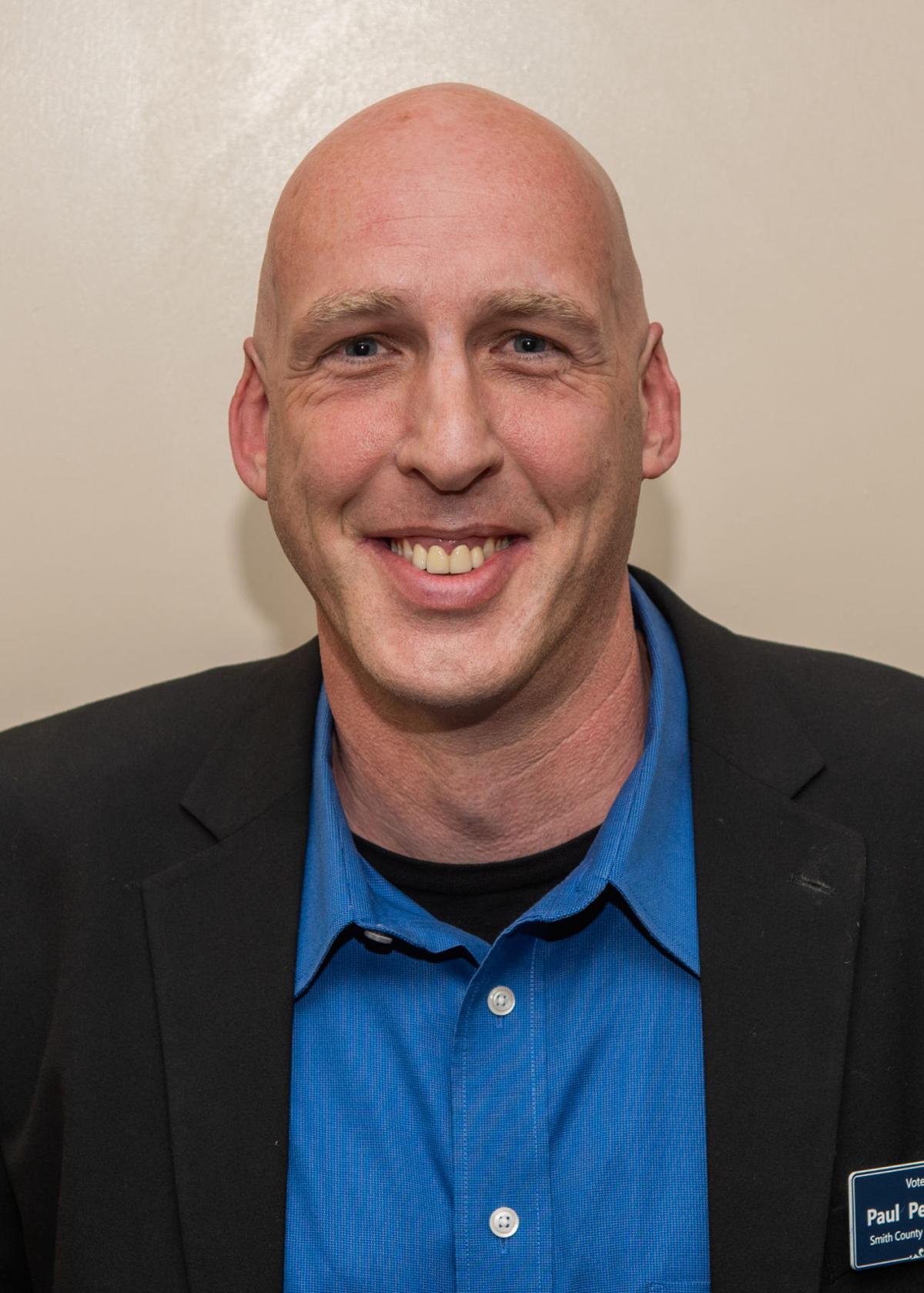 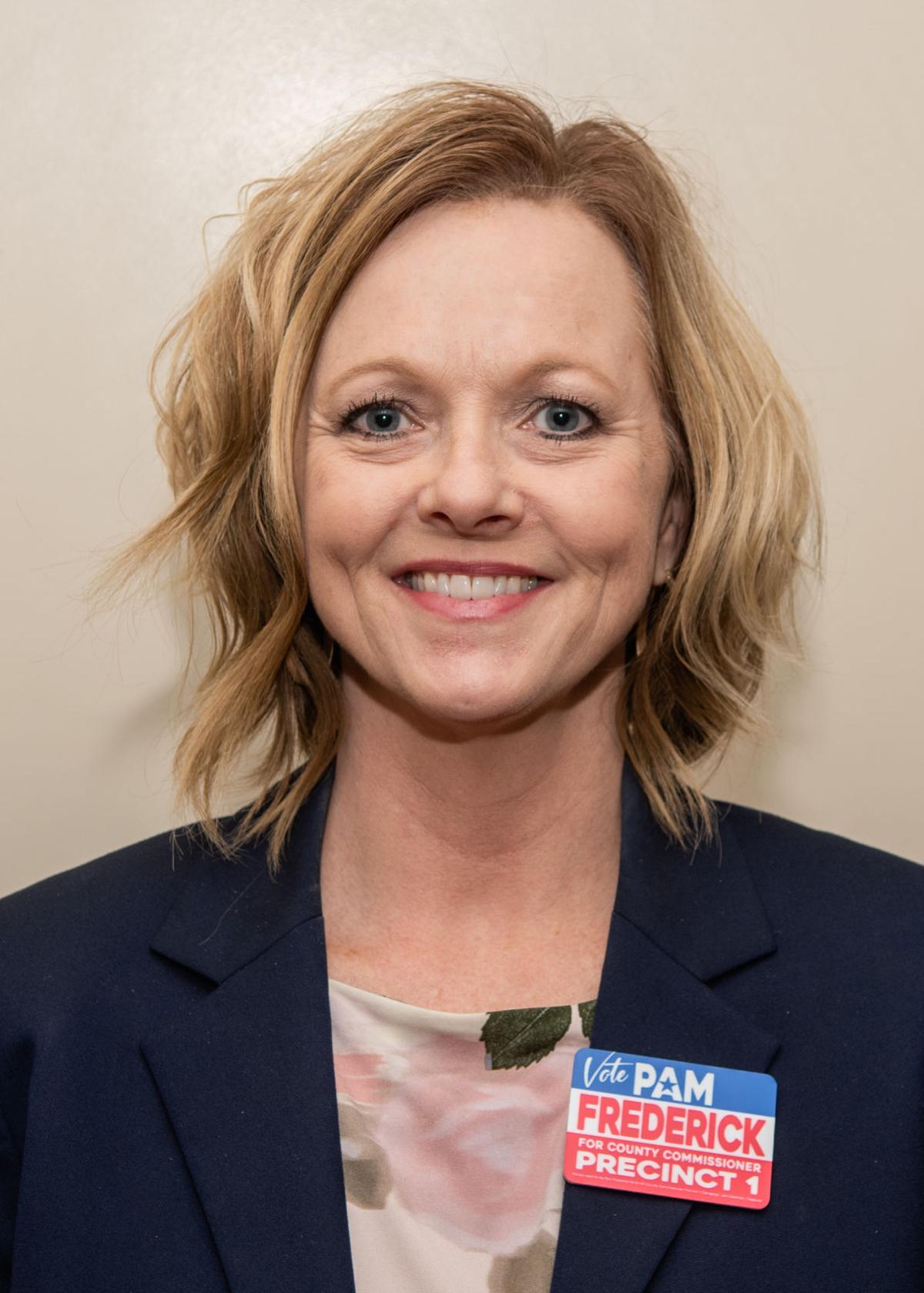 The candidates for the Smith County Commissioners Court Precinct 1 seat discussed ideas and vied for the possibility of a coveted endorsement on Thursday night.

Grassroots America-We the People hosted its second candidate forum of the week with candidates competing for the Republican nomination to replace outgoing Commissioner Jeff Warr.

If no candidate takes more than 50% of the vote, the top two vote-getters will face off in a May runoff.

Grassroots America–We the People Executive Director JoAnn Fleming moderated the forum. Fleming told the candidates that while an endorsement from the organization is possible, one is not guaranteed. The politically powerful organization can, and has, withdrawn endorsements in the past.

Fleming said that so far this election cycle the organization has endorsed Austin Reeve Jackson for the 114th District Court and Constable Josh Black for the Precinct 2 constable office.

Fleming, herself a former Smith County commissioner and the Texas campaign chair for Sen. Ted Cruz’s 2016 presidential run, tested the candidates’ knowledge of the office they are seeking and their commitment to conservative values.

Questions included whether candidates have ever declared bankruptcy and are current on taxes, what they believe the role of the Smith County judge and commissioners is, and demonstrating their understanding of the effective tax rate.

In her opening statement, Frederick said she’s been an effective leader in Bullard for the past 17 years, first as a council member and for the past eight years as mayor.

“For 17 years I’ve been an effective leader in a fast-growing community,” she said. “I’ve answered the hard questions and made the hard decisions. I’ve listened to my community.”

She said when Warr announced he would not seek a fourth term, she felt the calling to be effective on a larger scale.

Perryman, who is a mortgage banker by trade, said he got his start as a volunteer and poll worker, before becoming a state delegate to promote causes he was passionate about, highlighting being anti-abortion and pushing for lower taxes.

“Two out of the last three years (the commissioners) have passed initiatives that have resulted in property tax increases to you,” he said.

Perryman said he felt like residents needed more aggressive leadership, so that a courthouse bond in November doesn’t become the third tax hike in four years.

Franklin said that after a career in public service, he moved on to a leadership role over the former ETMC EMS system and then leadership training. He cited his experience running both those large organizations.

He said he knew from a young age he was passionate about Republican values, saying he is pro God, pro life, pro freedom and pro guns. Franklin said he feels now more than ever the party needs to get energized and engaged.

When it came to supporting an idea such as a local gas tax to fund infrastructure, none of the candidates were in favor.

Perryman said he feels the county already cherry-picks funds from road and bridge. Frederick said the idea was just a tax exchange, the lowering property tax while raising another to offset it.

Franklin said he would consider it if absolutely necessary, but in general he would steer away from any tax increase.

When it comes to the court using county funds to fix community infrastructure issues that aren’t part of the county’s road system, Frederick made the case for helping homeowners find the right legal remedy before tapping county funds.

“If they’re angry with the developer about things that were not developed correctly, then I would say we should review ordinances and if the developer was responsible for putting that in … it should have been built to standards,” she said.

Frederick said she would then do what she could to help them find recourse with the developer rather than tapping county funds.

Franklin agreed and said it was important to listen and communicate, even if it means more work for you.

“In a situation like this we’ve talked about the road and bridge plan, everyone on the first year is happy. Everyone in the third is not, because they have to wait,” he said.

He said it was important to listen to the residents, and then do everything possible to help them find out the proper recourse.

Perryman said the issue boils down to what a commissioner’s job is.

“If I understand the question correctly, it really boils down to are you as a commissioner going to spend county tax dollars to go help this development,” he said. “You have to stay in your lane.”

He said he would not agree with paying to fix the issue unless legal counsel said the county is liable.

When it came to the hot-button issue of eminent domain, the candidates were clear how they felt on the issue.

“It would have to be an absolute last resort. Landowners have worked hard for what they’ve had, “ Frederick said.

She said the only reason to possibly justify the use of eminent domain was in a case of total infrastructure failure if they didn’t acquire the land.

“I’m trying to think of a case when it would be (appropriate),” Perryman said. “I believe in personal property rights, and the short answer is stay within the state laws but I’m not for walking over property owners’ rights.”

Franklin also took issue with the use of eminent domain.

“It’s a last resort,” he said. “I just don’t like that idea, and I don’t believe it’s the American way.”

Throughout the forum the candidates played to their strengths. Frederick demonstrated extensive knowledge of local government and how she has used her experience in similar situations, Perryman took a hard stance on committing to lower taxes and the belief that officials should not overstep their authority, and Franklin demonstrated areas where he had worked within the constraints of local government and with cost-cutting measures, while leading large organizations.

Grassroots America’s next event will be “Christians Engaged” with Bunni Pounds and Trayce Bradford on Feb. 11.

For a full list of the organization’s events, visit GAWTP.com.