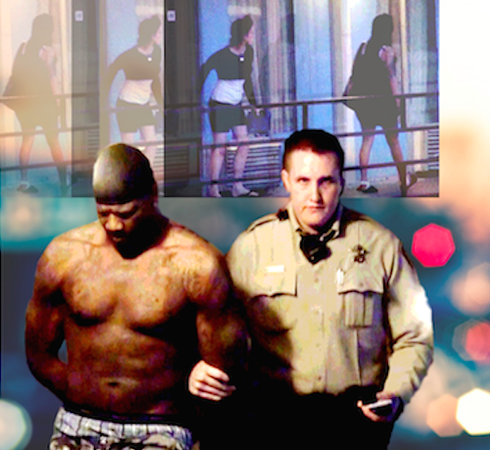 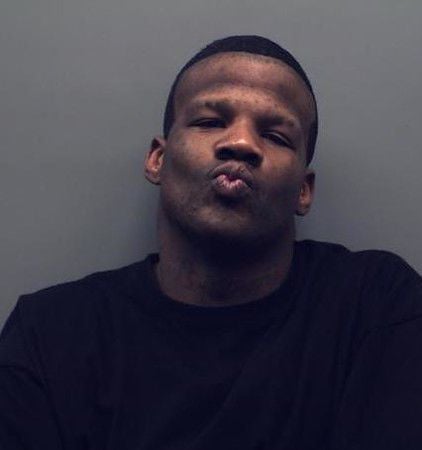 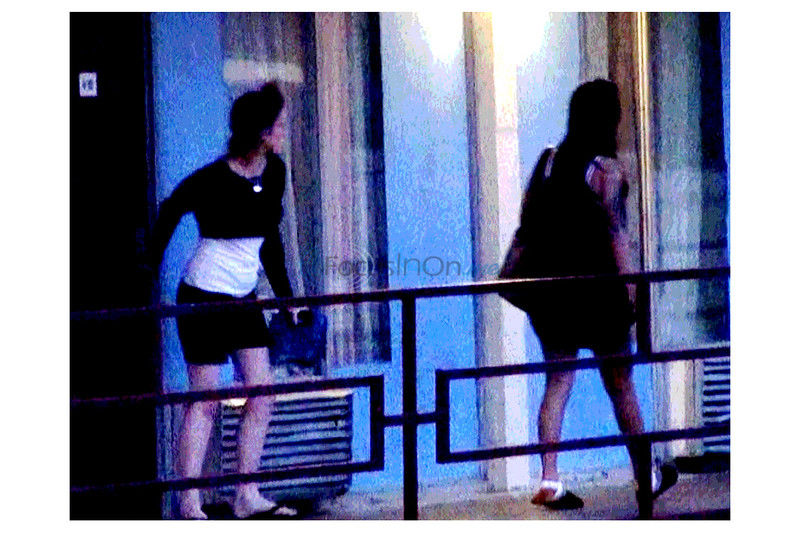 Editors Note: Kenneth Dean recently spent a night with Smith County Sheriff's undercover detectives on a sting at a Tyler motel and has been working with the sheriff's office, the Tyler Police Department and other agencies for several months, looking into prostitution across East Texas.

Peering through stained draperies, three undercover officers and their supervisor sat shrouded in the darkness of a musty motel room waiting to arrest a pimp.

The agents focused on a rundown motel on an adjacent property, watching as a dozen or more prostitutes mingled and welcomed male customers, also known as johns, into their rooms.

The sheriff's unit took notes on the girls they saw working and the johns visiting them, but those weren't the target that night.

The investigators were searching for a big player.

The undercover officers who investigate prostitution in Tyler and Smith County said prostitution is a booming business in East Texas, where Interstate 20 and U.S. Highway 80 corridors are a revolving door for sex workers.

The latest available FBI statistics from 2013 show there were 48,620 prostitution arrests across the nation.

Tyler Police Chief Gary Swindle said in the past five years, his agency has made 31 prostitution arrests, but he stresses the low number does not tell the full story. Many times, those involved with prostitution are arrested on more serious charges, such as felony drug charges, conspiracy or engaging in criminal activity.

"This is the lower end of prostitution. The higher-end call girls, who only see one or two customers a night, make several thousand dollars each night. And yes, we also have them in Tyler and East Texas," one of the undercover officers said in the darkness of the room.

The money involved is staggering.

Smith County Sheriff's Lt. Paul Black, the supervisor sitting in the dark with his team that February night, said he believes the prostitution dollar totals in Tyler, Smith County and East Texas reach into the tens of millions each year.

Black said prostitution was only the beginning, as it branched out into organized crime, street gangs, the trafficking of heroin, cocaine, methamphetamines and guns, and the human trafficking of illegal immigrants and underage girls and boys for the purpose of sex.

As the night wore on, women were spotted walking between several nearby motel rooms at the intersection of West-Northwest Loop 323 and U.S. Highway 69 north, an area known to police and criminals as the "Four Corners," looking for customers and helping sentries look out for cops.

Before the night was out, the undercover deputies spied their target — 25-year-old Micheal Lorenzo Taylor, the self-described head pimp of the Four Corners, who had been known by his West Coast gang nickname Sip.

When he took over the four corners area, Taylor became known as "King Sippy."

Black said Taylor was wanted on a parole violation warrant for failing to adhere to parole guidelines on his felony drug conviction.

Although he has not been arrested on charges relating to prostitution, Black said Taylor was a known pimp who ran a stable of women back and forth on Interstate 20 between Dallas and Shreveport, Louisiana. His criminal history includes convictions for drug possession, assault causing bodily injury, possession of marijuana, credit card abuse and theft.

As the Special Operations Unit organized a raid on the Taylor's room, Black moved to a location across the road to watch the front of the motel.

"If he runs, we want to be able to follow him. We don't want him to get away again," he said.

"Smith County Sheriff's Office. We need you to open the door," one uniformed deputy said as he knocked.

Another deputy tried the door with a room key, but someone on the other side kept relocking the door, keeping the deputies from gaining entry.

Then an undercover deputy stepped up and gave a hefty kick to the door, sending it flying open, allowing the bevy of deputies with guns drawn to enter the room and apprehend Taylor.

In weeks leading up to his arrest, Taylor had scoffed on Facebook at the failure of U.S. marshals to apprehend him.

On the same Facebook page, he posted photos of himself with guns and cash and described his job description as "trappin" — a term used in the crime culture to describe drug dealing, pimping and other criminal activity.

The sting was just one of countless others like it performed daily in towns and cities all across America, and in East Texas by local, state and federal officials.

Tyler Police Chief Gary Swindle and Sheriff Larry Smith said the purpose of such operations is to combat the ongoing problem of prostitution.

The two men said any questions about the use of tax dollars spent to enforce prostitution laws, which many times would be classified as a misdemeanor offense, instead of working narcotics, robberies, burglaries, identity theft and other crimes can be answered easily.

Those crimes are being committed by the same groups.

Tyler Police Detective Chris Miller, who is the department's gang intelligence officer, said street gangs dealing in prostitution try to undercut each other as they seek to dominate the sex trade. That can spark acts of violence.

"A lot of people believe that gang members are just a group of misguided youth that are on the corner that smoke cigarettes, do a little graffiti and every once in awhile beat up on each other," Miller said.

That's a mistaken impression, he said, and gang members "make up a very small percentage of our population, but they're responsible for the vast majority of our crime, including driving prostitution."

Miller said not all of the area's dozen or so street gangs are involved in prostitution.

Miller, Black and others said the crime rings and the girls working on their own are using websites such as Backpage.com to advertise themselves.

On any given day, the number of Backpage.com ads for escorts and body rubs can climb to more than 100 in East Texas alone.

But Black said it is advertisement for prostitution.

"These women are not going to dinner or the movies with the men answering the ads. This is prostitution, and they are advertising it online on various websites," he said.

Sheriff Smith said currently there are no laws against posting escort ads online.

"This is something we definitely need our legislators working on, because I believe it would give us another tool to thwart this type of crime," he said.

Miller said besides the possible spread of sexually transmitted diseases, the moral breakdown and the degradation of the young women working in the trade, there is the real possibility of violence.

"An unsuspecting john could find himself in the middle of dispute between rival gangs, or could be robbed at gunpoint by the pimp or the prostitute. It happens, but a john is not going to report to the police he was robbed while visiting a prostitute," he said.

One of Black's officers agreed, saying the pimps are running a business, and that business is to commit crime.

"They don't care. They will put a gun in your face before you know it, but again who is going to report they got robbed while doing something illegal and to some immoral?" he said.

Those encounters can also turn deadly, such as in the homicide of 53-year-old Marion Lee Brown of Parker County.

A small portion of Brown's body was discovered on a rural Smith County Road last May, while the remainder was found in a lake near Shreveport.

Black said as multiple agencies worked the case, they learned Brown was a victim of a sex-for-cash transaction that went wrong.

Another man told authorities in the case that the couple beat him during a robbery after he answered an online escort advertisement.

"When you are dealing with criminals, and yes prostitutes are criminals, there are no guarantees of your safety," Miller said.

But violence is not the only potential killer associated with prostitution.

There are health risks as well.

Charles O'Brien, Texas Department of Health Services HIV/STD program manager, said commercial sex workers are big contributors to the number of sexually transmitted diseases in Texas and across the nation.

However, O'Brien said it is difficult to put an exact number of STD related cases related to prostitution.

O'Brien said when police departments conduct stings and capture johns and prostitutes they see a spike, but unless a john is caught during a sting, he typically does not tell health care workers where he has contracted the disease.

Police say this is another reason to work prostitution cases in their communities.

TAKING DOWN A RING

Recently, the United States Attorney's Office was able to gain convictions against 13 defendants in a federal drug conspiracy case beginning in Tyler in February 2013.

Black said the entire operation centered around a prostitution ring operating from Dallas to Shreveport with main operations based in Tyler.

The group not only distributed methamphetamines and heroin, but also bartered and sold guns in the area.

Working in conjunction with the Bureau of Alcohol, Tobacco, Firearms and Explosives, the Drug Enforcement Administration, Homeland Security and the Whitehouse Police Department, both Swindle and Smith's officers and deputies were able to make buys from the group to support the case, which resulted in the 23-count indictment subsequently followed by sentences ranging from two to 12 years.

One woman convicted in the case said in a year her group made several million dollars working girls and selling dope.

Eve, a pseudonym to protect the woman's identity, is serving five years of a federal prison sentence.

She agreed to an interview with the Tyler Morning Telegraph detailing her role in the ring and to discuss how prostitution is a bigger problem than most people think.

"It is going on all around you. It is happening at the sleazy motels and the nicest hotels right here in Tyler," she said. "In some places, the prostitution group and criminal are the only ones staying in them, and in others the room right next door to your family in the nicest place might have a prostitute doing business."

Eve said the ring she was involved with had five to six girls working who made about $100 an hour, but some clients would pay up to $900 for a couple of hours to have girls come to their home.

Black and other law enforcement officers said not all of the sex workers in Smith County and Tyler are adults. Some are minors.

Eve said there were two such girls who worked in her ring for a short time.

"Human trafficking happens and underage girls, who are typically runaways, do work in that business. We had some working right here in Tyler," she said. "Some of them would be sold by their mothers for drugs."

Police are working to combat the prostitution industry and human trafficking, but they said it is a revolving door that never stops.

Tyler Police Chief Swindle said he could take all of his 180 plus officers and have them work prostitution for two days and shut the industry down, but he said as officers booked one group into jail, other groups would move into town.

"It is a different world, but we're all around you. In every city and any town big enough to have a motel, there are prostitutes," Eve said. "We were only one of several groups working in Tyler. Since we got busted, other groups have come in to fill that void. There's no shortage."