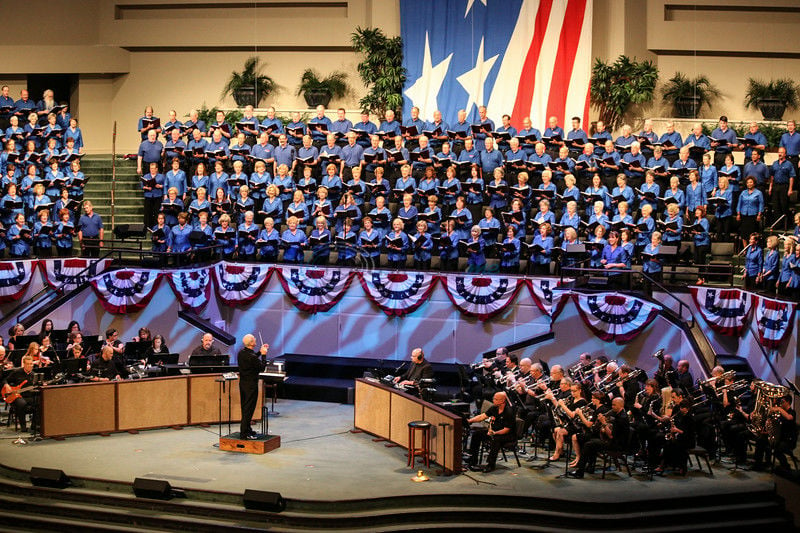 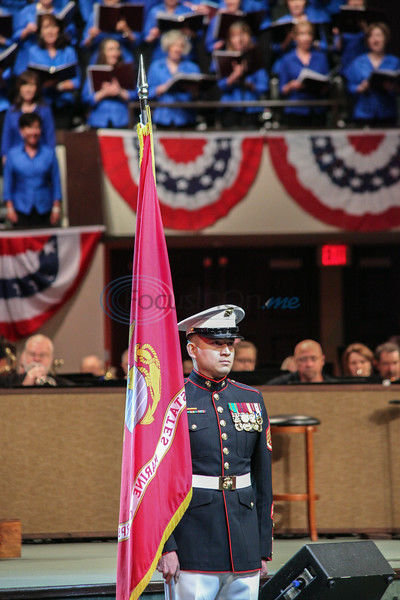 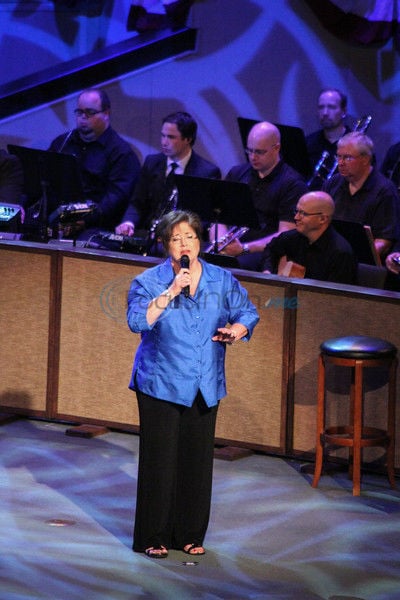 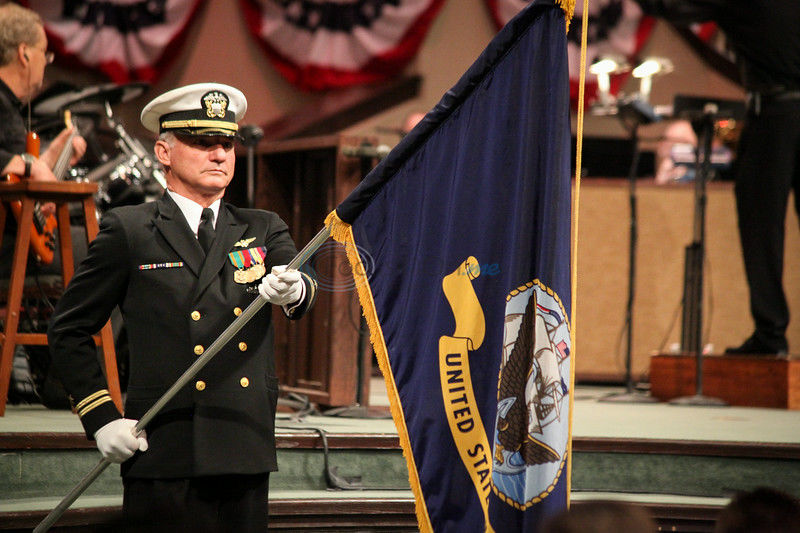 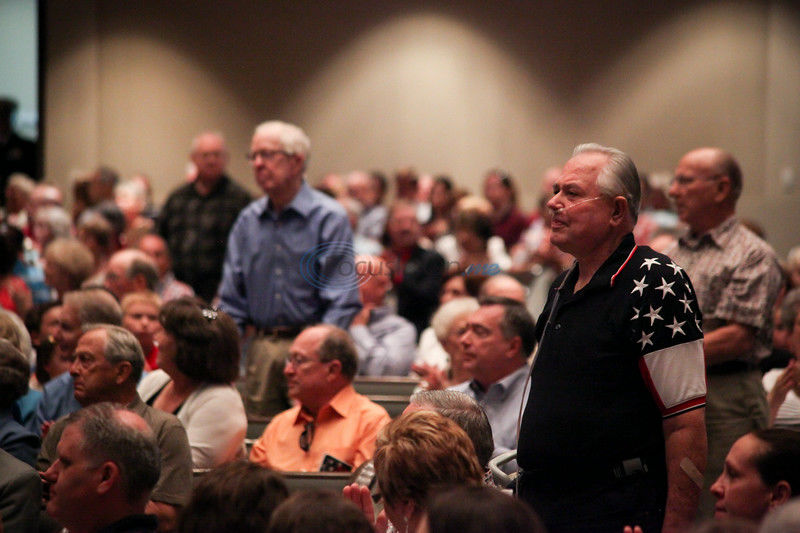 Photo by Haylee Bazil, Freelance Photographer. Veterans stand in recognition as the cadence of their branch of the military is played in their honor at Green Acres Baptist Church. 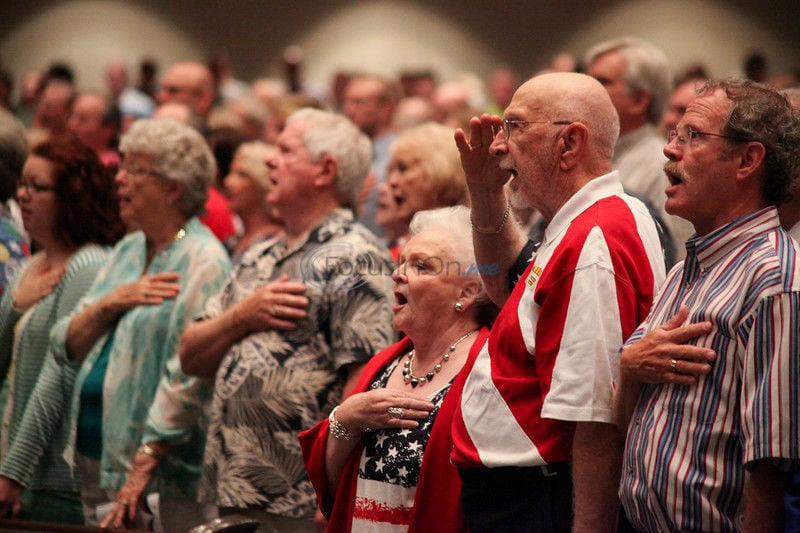 Photo by Haylee Bazil, Freelance Photographer. Veterans stand in recognition as the cadence of their branch of the military is played in their honor at Green Acres Baptist Church.

Sandwiched between World War II and the Vietnam War, the Korean War is often dubbed the "Forgotten War," but on Sunday, its veterans got a long-awaited thank you at a series of special ceremonies on Sunday.

Three showings of the 24th annual "I Love America" ceremony were held at Green Acres Baptist Church. The deeply patriotic ceremony celebrated the service of all veterans in all branches, but held a special emphasis for the Korean War veterans.

"Thank you for your service to our people," the Rev. David Dykes, senior pastor, said. "This is your ticker-tape parade — our way of saying thank you, we love you and appreciate you."

A final presentation will be held at 7 tonight in the Green Acres Worship Center, 1607 Troup Highway. Following the ceremony, a special reception will be held to honor Korean veterans and their families. Mayor Martin Heines and U.S. Rep. Louie Gohmert are scheduled to speak, and the church has a special gift for each veteran in attendance.

The hour-and-a-half-long ceremony featured a host of patriotic songs, including "America the Beautiful," "The Star-Spangled Banner," "God Bless the USA" and "My Country 'Tis of Thee," as well a musical tribute to each branch of the military. The choir sang each branch's song as veterans in the crowd stood and a uniformed service member marched in with the branch's flag. Bagpipes chimed "Amazing Grace" to honor those killed in action before the playing of taps.

Dykes delivered a religious and patriotic message. Dykes said America's only hope was to turn back to God and said the country's constitution was written after pastor Jacob Duch￩ was called to deliver an opening prayer during the first Continental Congress at Carpenters' Hall in Philadelphia.

He said he believes the country is in a moral and spiritual downward spiral, but it is possible to recover if the country returns to God.

Dyke also talked about God's timing, adding that America's history is a blip in the grand scheme of eternal history.

He used the Korean War as an example of how God is still in control.

Christian soldiers and about 2,000 missionaries who traveled to South Korea changed the nation, Dykes said. At the beginning of the war, 2 percent identified as Christian, and today more than 30 percent are believers, he said. Most of the world's largest Christian churches also are in the country.

"Korea is a different nation today because Christian chaplains and Christian U.S. soldiers went in and became an influence on children who, a generation later, became the leaders in Korea," he said. "Sixty-one years after the war, it was not a waste. They planted seeds of the Gospel that have borne fruit today in a powerful outreach for the Gospel. I'm here to declare that the Korean War was not a loss. It was not stalemate. It was a victory for Jesus Christ."