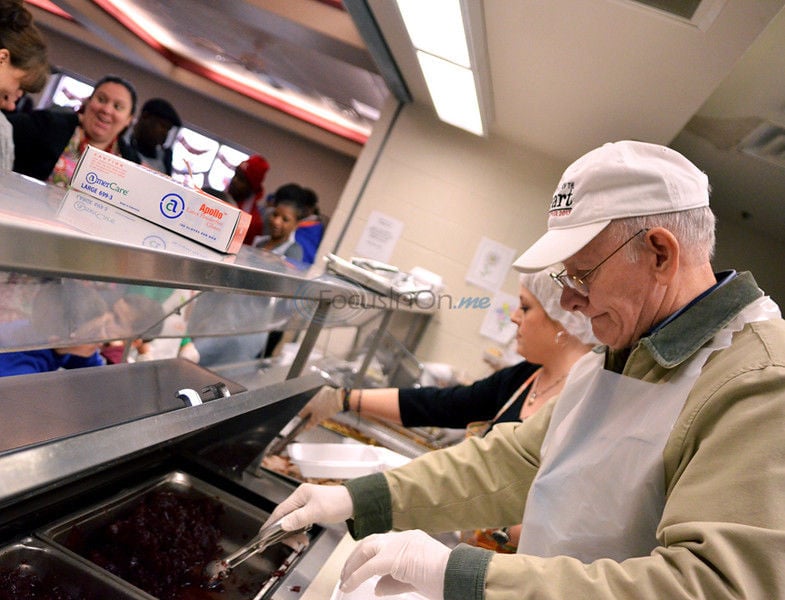 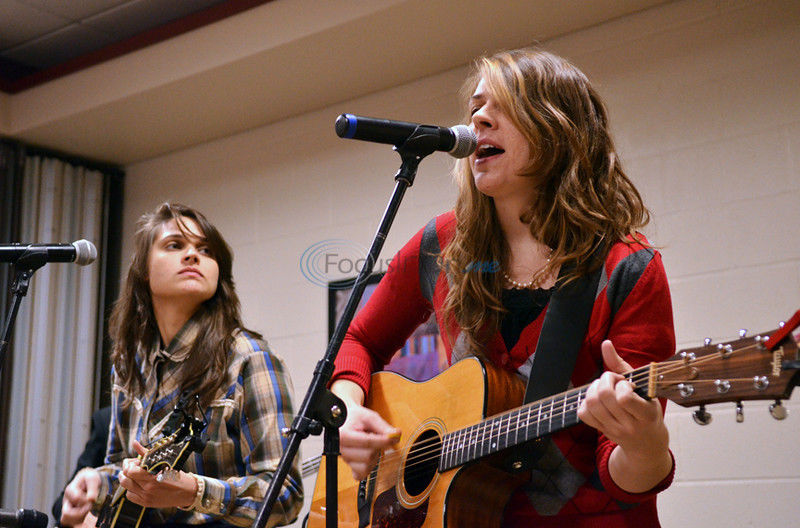 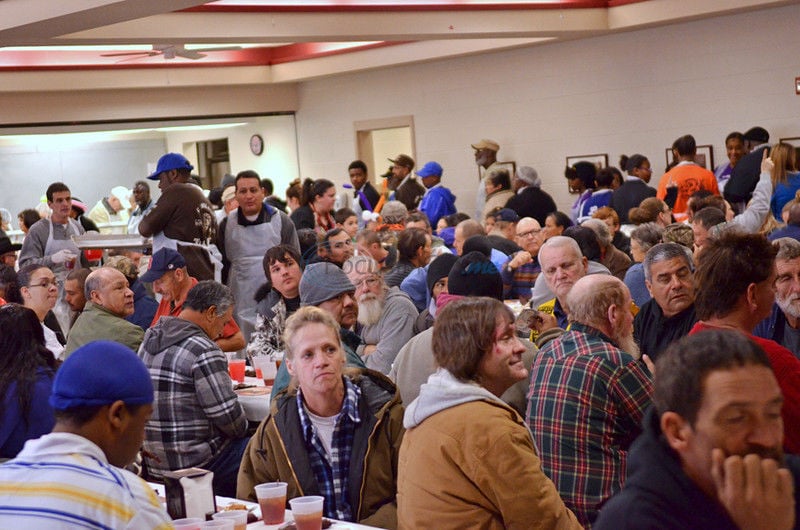 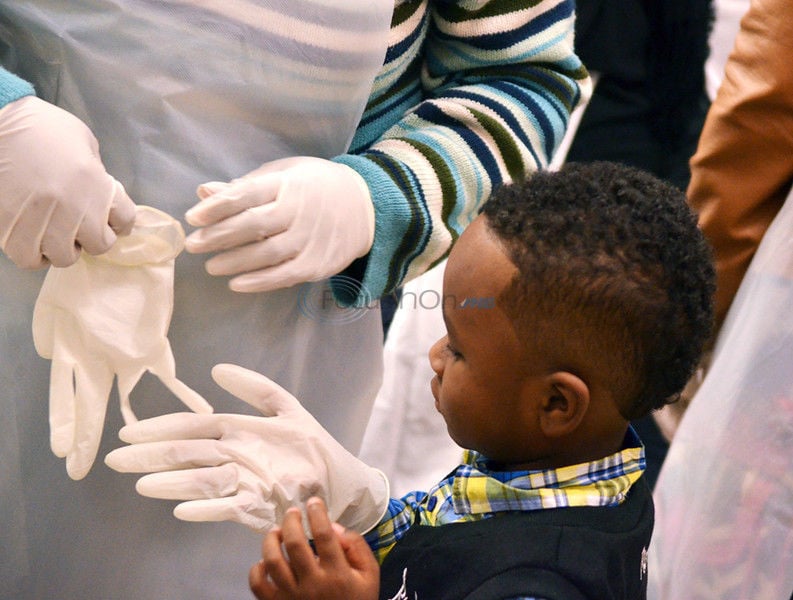 Mother and son Judith and Philip Hollister sat on the small stools at a cafeteria table in The Salvation Army.

Ms. Hollister, 76, of Wills Point, a Mary Kay saleswoman, came to spend the meal with her son, Philip Hollister, 47, who is participating in The Salvation Army's ReConnect program, which exists to help people overcome addiction.

Hollister, whose home also is in Wills Point, has been in the program for about three weeks.

"I'm just thankful for my family, for The Salvation Army, for their tremendous generosity," said Hollister, who is an unemployed accountant. "I've seen a lot of good things here over (the) last couple of weeks."

The duo was among an estimated 1,000 people who came to share food and fellowship during The Salvation Army's Thanksgiving meal on Thursday in Tyler.

With smiles on their faces and food or drinks in their hands, hundreds of volunteers served meals to East Texans of all ages and walks of life who were seated at the tables.

"Obviously, we want them to get full on a good hot meal," The Salvation Army's community and corporate relations coordinator Chantel Millin said.

But, they also wanted people to fellowship and meet new friends. The goal was to fill the room with love and to help people fight the loneliness that can come at this time of year, she said.

Based on the smiles on people's faces, the chatter at the tables and the clapping to the music, that goal was accomplished.

Part of what contributed to the joyous atmosphere was the entertainment.

The Hubbard Family band provided the music for the occasion as they have in previous years and shared through music a message of love, hope and peace.

As Lorianne Hubbard sang "Saved," the joy emanating from the family as well as those watching was palpable. People clapped, recorded it on their cameras and swayed to the music.

"Nobody to rescue me/Nobody would dare/I was going down for the last time/But by His mercy I've been spared," she sang.

When Lorianne and the rest of her family finished the song, claps, whistles, cheers and thumbs up came from the audience.

"Praise the Lord for that," Jerry Hubbard, the family's patriarch, said. "Salvation, the most important thing there is. That's something to shout about."

Apart from the music, Jene Carroll, 69, of Tyler, who is a retired professional magician, entertained children and adults alike by twisting balloons into different shapes and figures. He was one of two men volunteering their time in that way.

"I need to come out and give a little bit here to these nice folks," he said. "My wife is with her family in South Dakota. What better thing to do than to surround myself with happy, thankful people. My wife and I are so blessed."

Each person who came to the lunch had a story. Some came alone. Others sat with family and friends. But many, if not all, came desiring to be a part of a community for this holiday.

Elizabeth Piña, 58, of Tyler, who is a caregiver for senior citizens, said this is her second time to celebrate Thanksgiving at The Salvation Army.

Because her family lives elsewhere, she likes to eat with people rather than stay home alone, she said. Her favorite part of the meal was the turkey, and she said she's thankful for her health and the health of her children.

Roberto Sanchez, 72, of Tyler, has been coming to the organization's Thanksgiving dinner for three years. He said he really enjoyed the meal. Sanchez, who is from Mexico City, said he's very content with his life in the United States because he has been treated well here.

Jason White, 34, of Tyler, who works as a tree trimmer, said he enjoyed the Thanksgiving meal because of the opportunity to gather together with everyone. He planned to visit his mother at a Tyler area nursing home after he ate and said he was thankful she is still alive because she has many health problems.

Bob, 60, who declined to give his last name, said he has been the recipient of help from different East Texas organizations over the years and although he is not homeless and didn't necessarily need to come to The Salvation Army this year, he wanted to.

"You know what, it makes you be glad for what you got …" he said. "It's good to see all these people enjoy themselves."