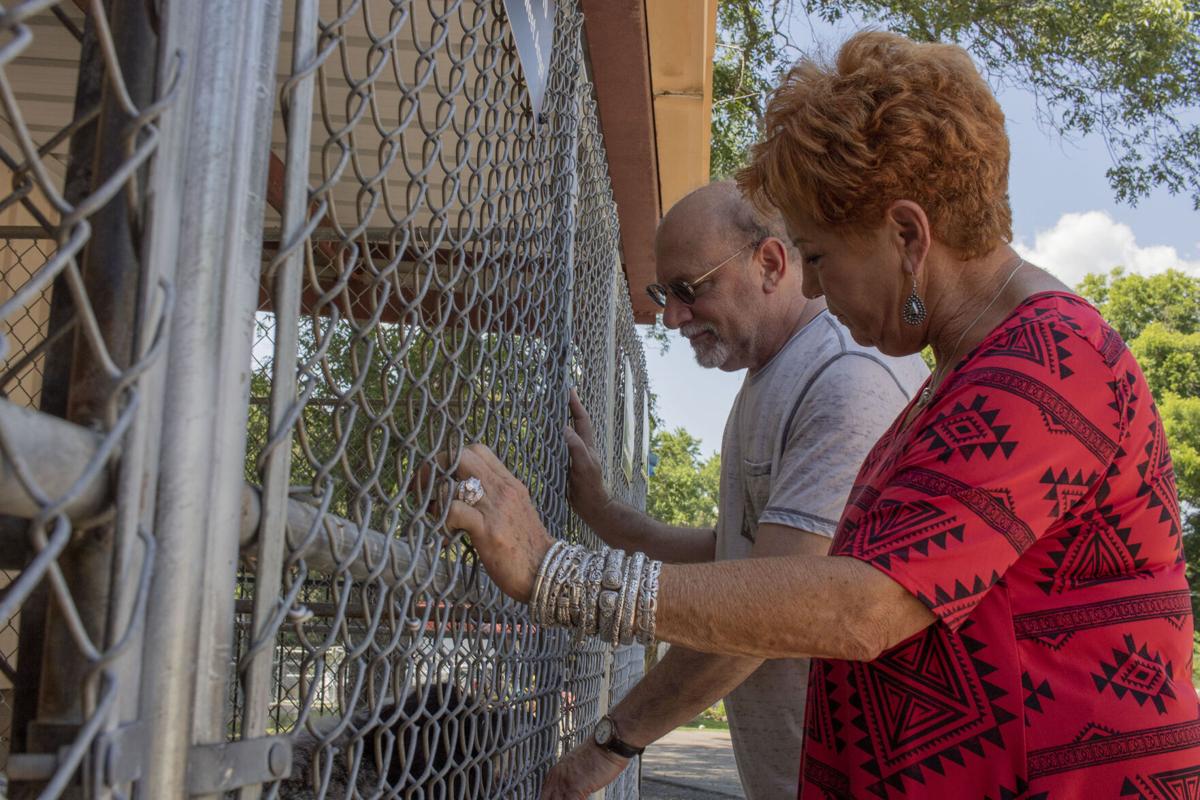 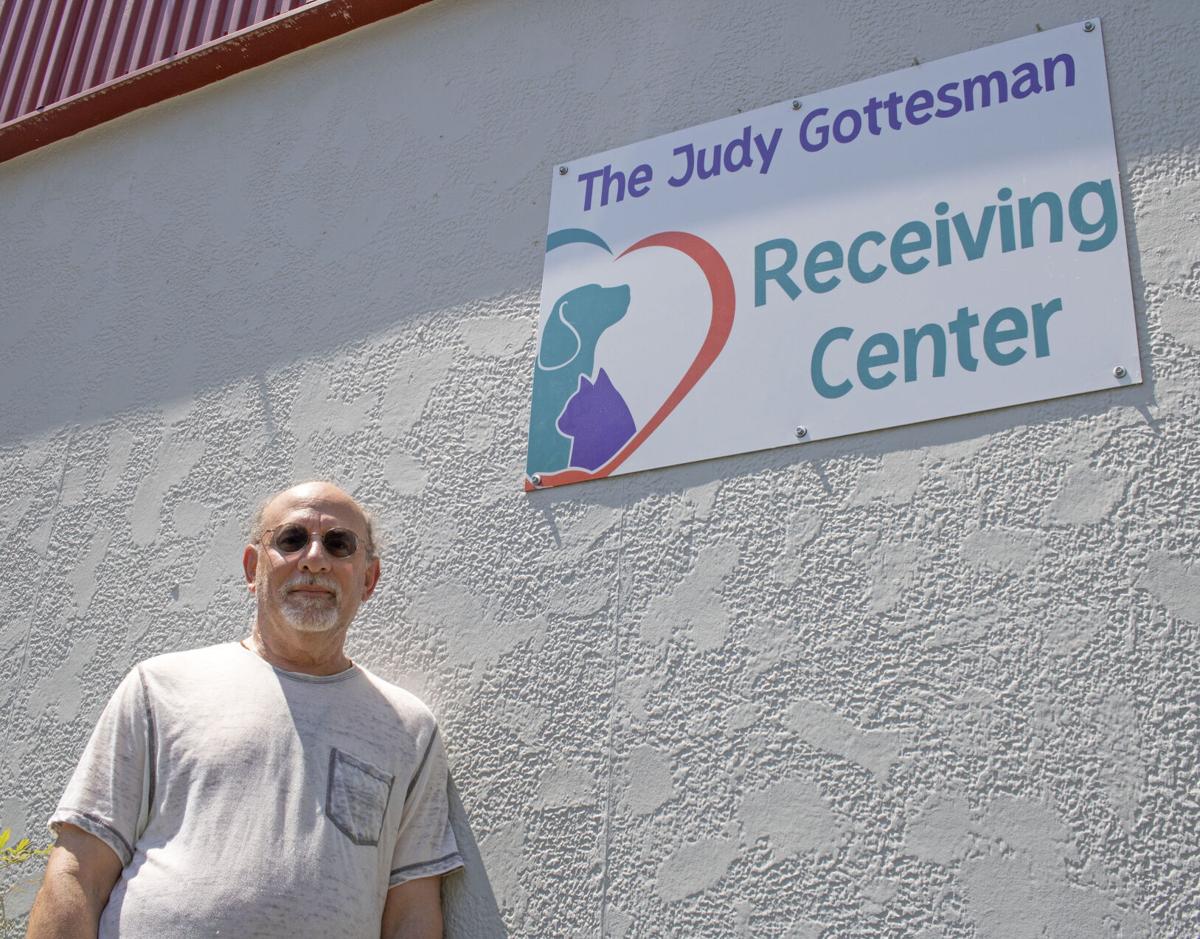 Jeff Gottesman stands next to a sign on the building named after his late wife, Judy Gottesman. Knowing his wife was an animal lover, Jeff Gottesman donated $5,000 to Pets Fur People. 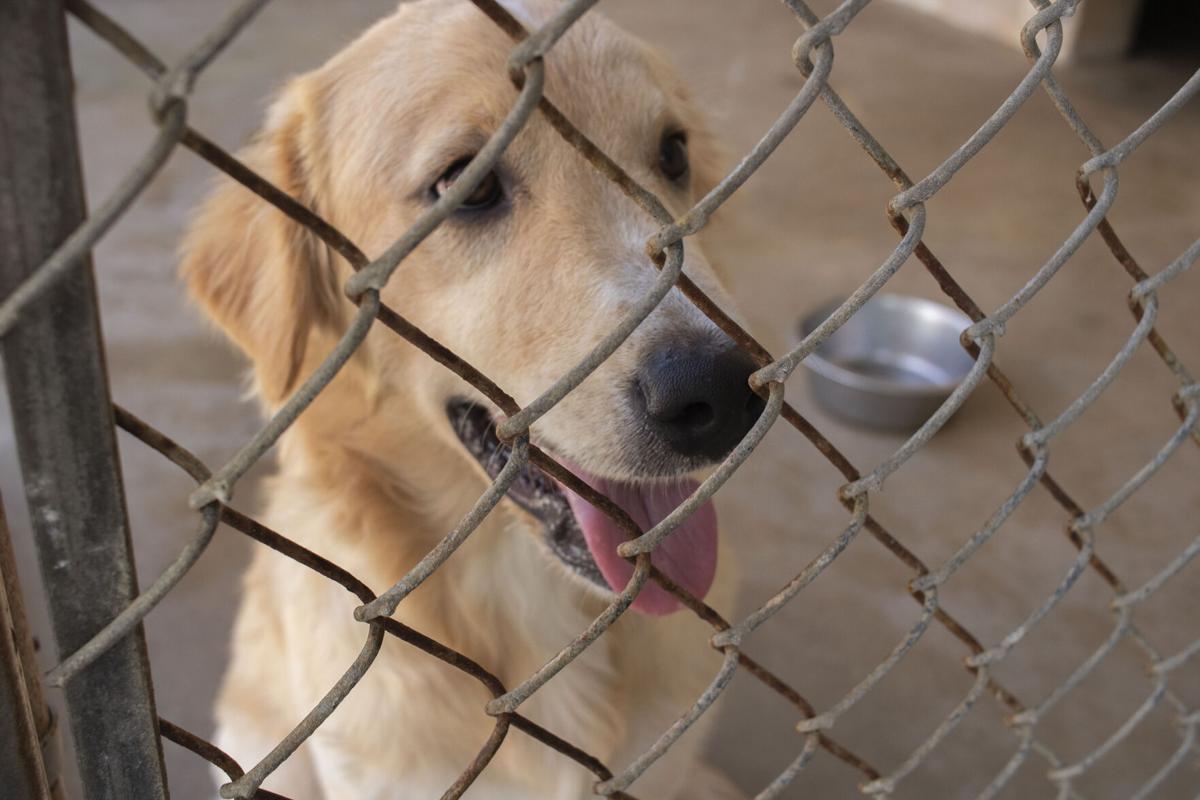 A Golden Retriever gets excited when potential pet adopters get close to the kennel at Pets Fur People in Tyler. 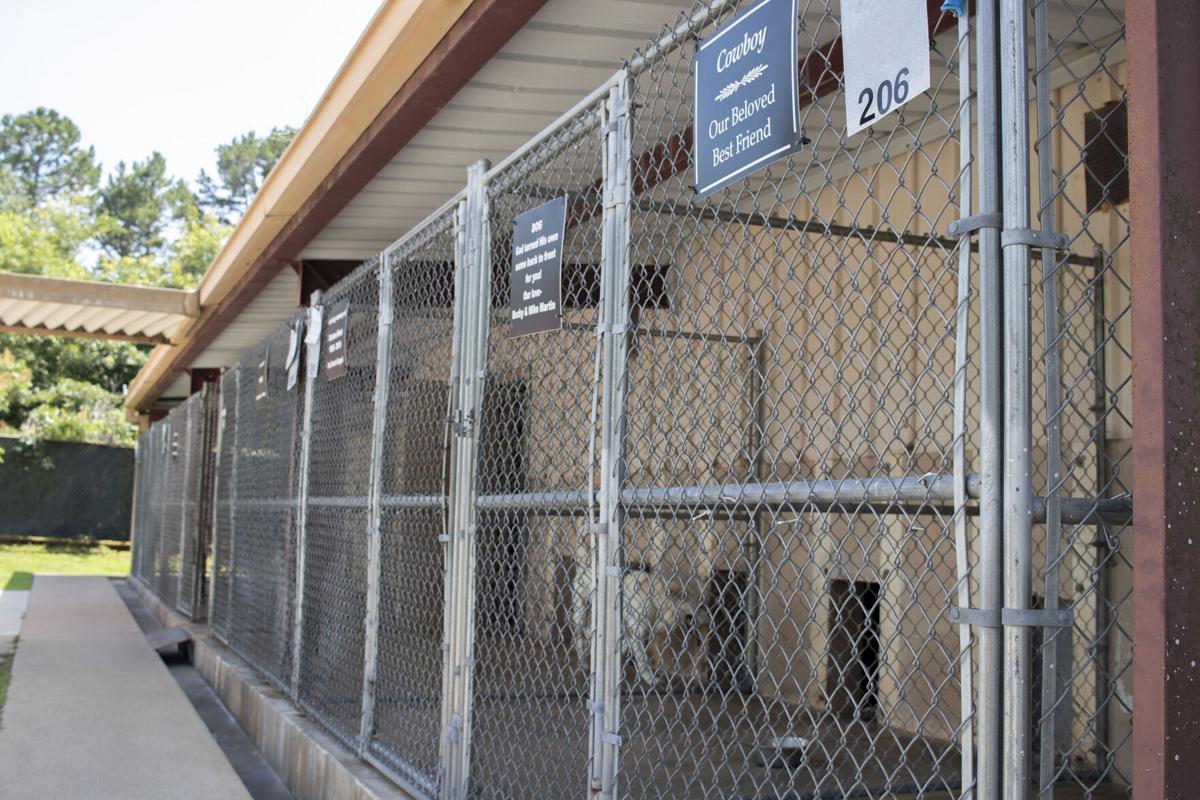 Jeff Gottesman stands next to a sign on the building named after his late wife, Judy Gottesman. Knowing his wife was an animal lover, Jeff Gottesman donated $5,000 to Pets Fur People.

A Golden Retriever gets excited when potential pet adopters get close to the kennel at Pets Fur People in Tyler.

Judy Gottesman loved animals her entire life. In January, she passed away after five years of battling Alzheimer’s. To honor his wife, her husband, Jeff, made a $5,000 donation to Pets Fur People last week.

On Wednesday, the nonprofit organization surprised Jeff with the honor of naming the receiving building after his wife. The facility features a lobby area, two labs, storage rooms, bathrooms and a dog park at the back of the building.

The Judy Gottesman Receiving Center will now be the place animals will be surrendered.

Judy visited the facility about four years ago, and Executive Director Gayle Helms said she was touched that her husband selected Pets Fur People to receive the memorial donation.

“It’s a blessing to have someone like that, who really understands what our mission is, to want to make a sizable donation. We felt that was the least we could do, to name the receiving center after his wife,” Helms said.

Jeff said his late wife was able to walk a dog almost until the end of her life.

The two dogs the couple owned together have been helping Jeff get through his grief. Enzo, a miniature 12-year-old golden doodle, and Yoda, an Irish wolfhound-greyhound mix who they had for four years, have been by Jeff’s side after his wife’s death.

Judy Gottesman lived a hard life from an early age, according to her husband. He said animals, especially dogs, were always an emotional support for her. Five years ago, Jeff said, the symptoms of his wife’s Alzeimer’s began. She was diagnosed three years later.

“She didn’t have typical Alzheimer’s symptoms,” Jeff said. “She remembered me. Her biggest problem was she could not speak, so she had a lot of trouble putting sentences together. She couldn’t write, she couldn’t sign anything.”

He visited his wife at the facility where she lived, but with COVID-19, it was tough.

“She was a poet and I am writing a book that is her story written in her own words, but she tells the story of how she was abused and was afraid and hoped to meet somebody and finally, how she met me,” he said.

Jeff said it was therapeutic to put the book together. Through many tears, he said the book is expected to publish in July.

He also donated to the Alzheimer’s Alliance of Smith County and has purchased several benches at the SPCA dog park in Judy’s memory.

“It chokes me up, just to see her name on the benches and everything else,” Jeff said. “It really chokes me up. It makes me feel really good that she can still make a difference even though she’s not here.”

Helms said it was heartwarming to find people who have a passion for animals like Pets Fur People do.

“Our mission is, we’re helping people through pets. I think this is helping him to get over his grief,” said Helms.

Jeff Gottesman’s book, “Fear, Hope, Love: A Poetic Journey,” will be available on Amazon in July.