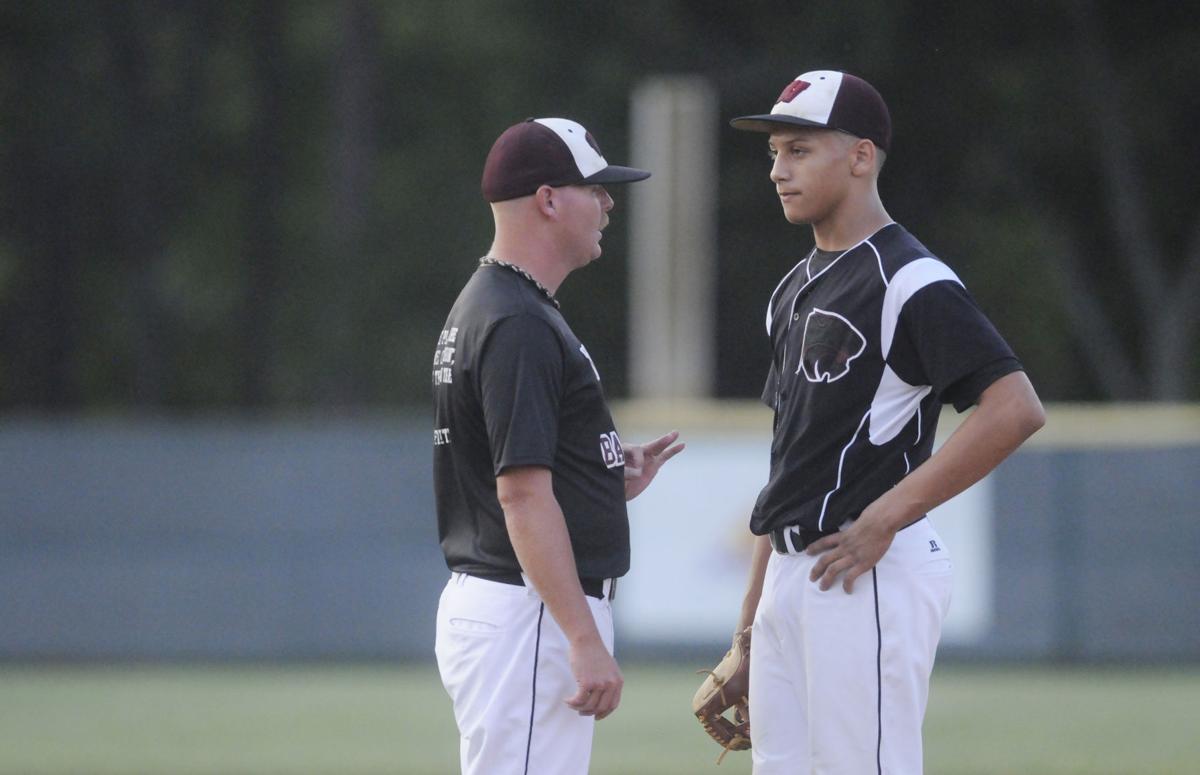 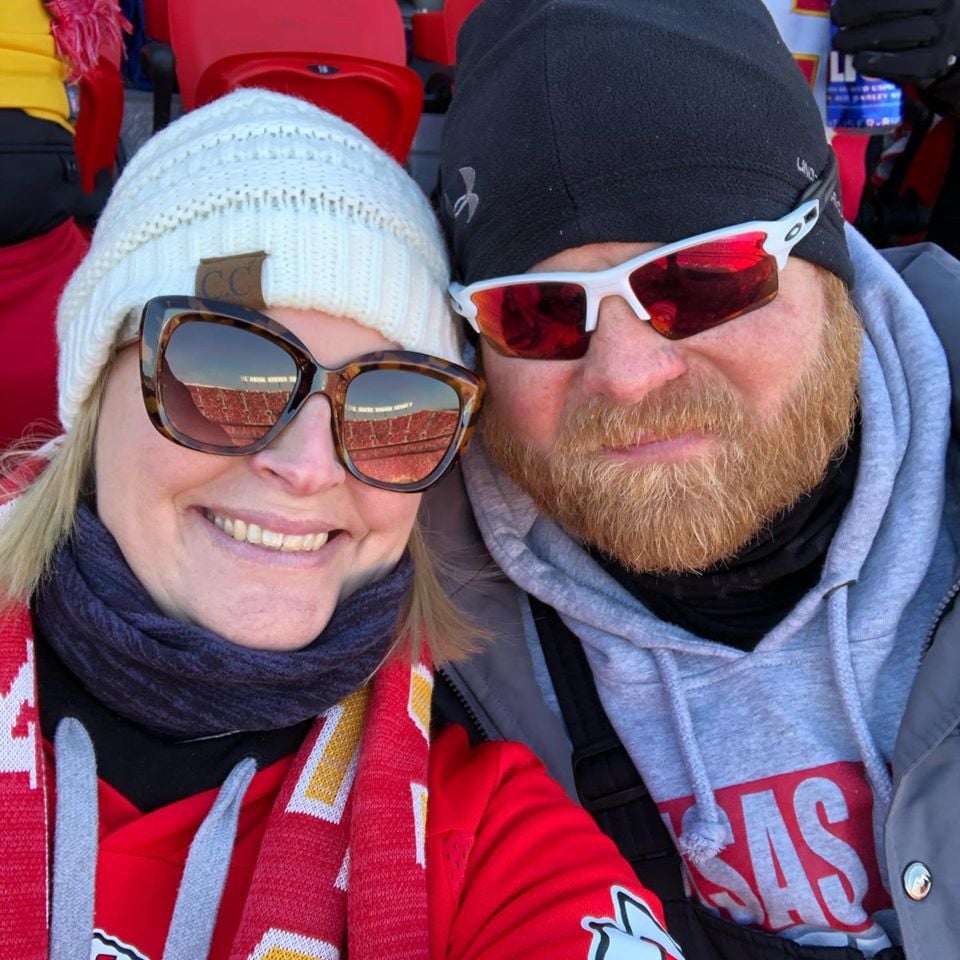 Derrick Jenkins and his wife, Whitney, watch the Kansas City Chiefs play in the AFC Championship game in Kansas City. 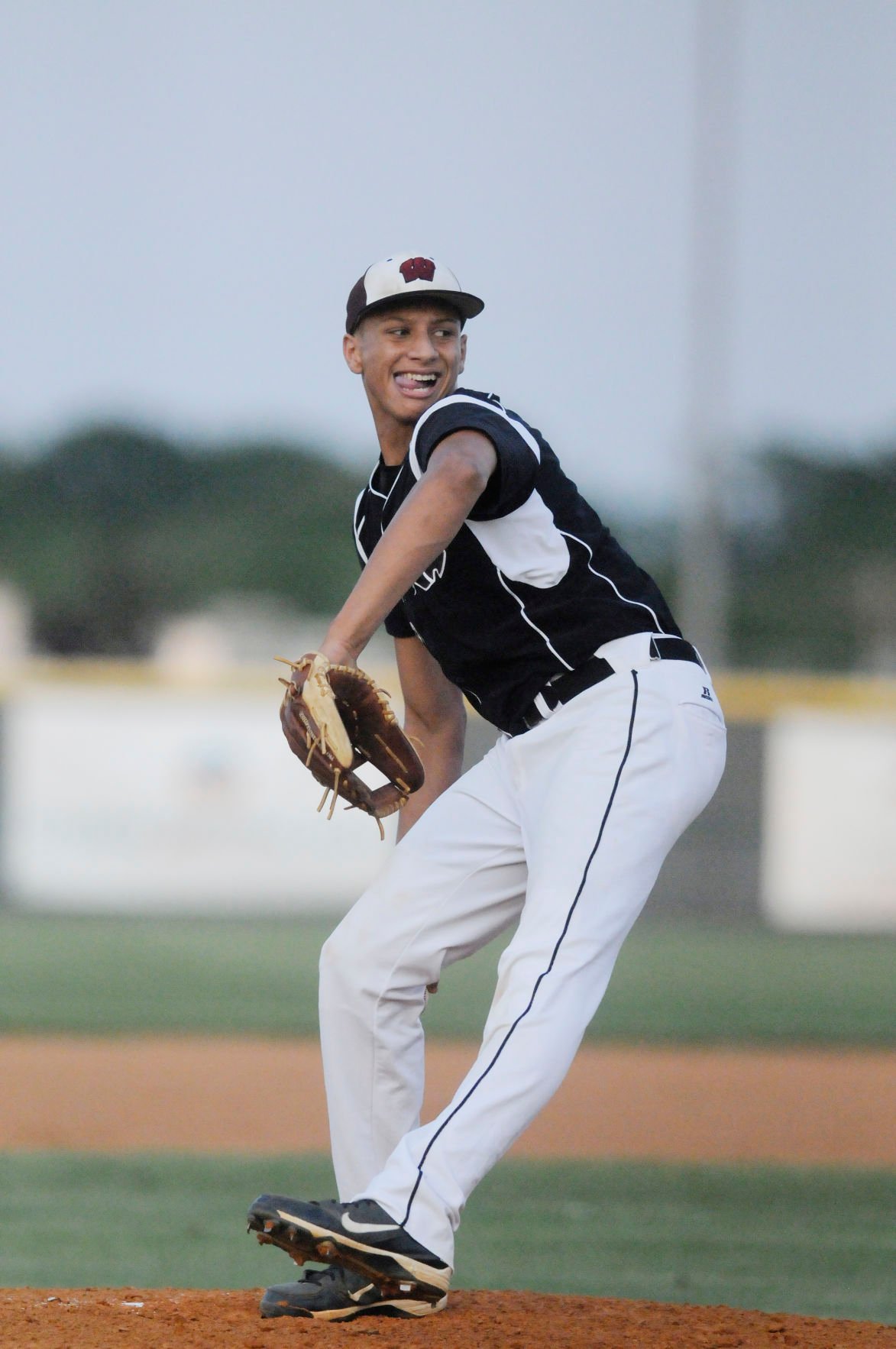 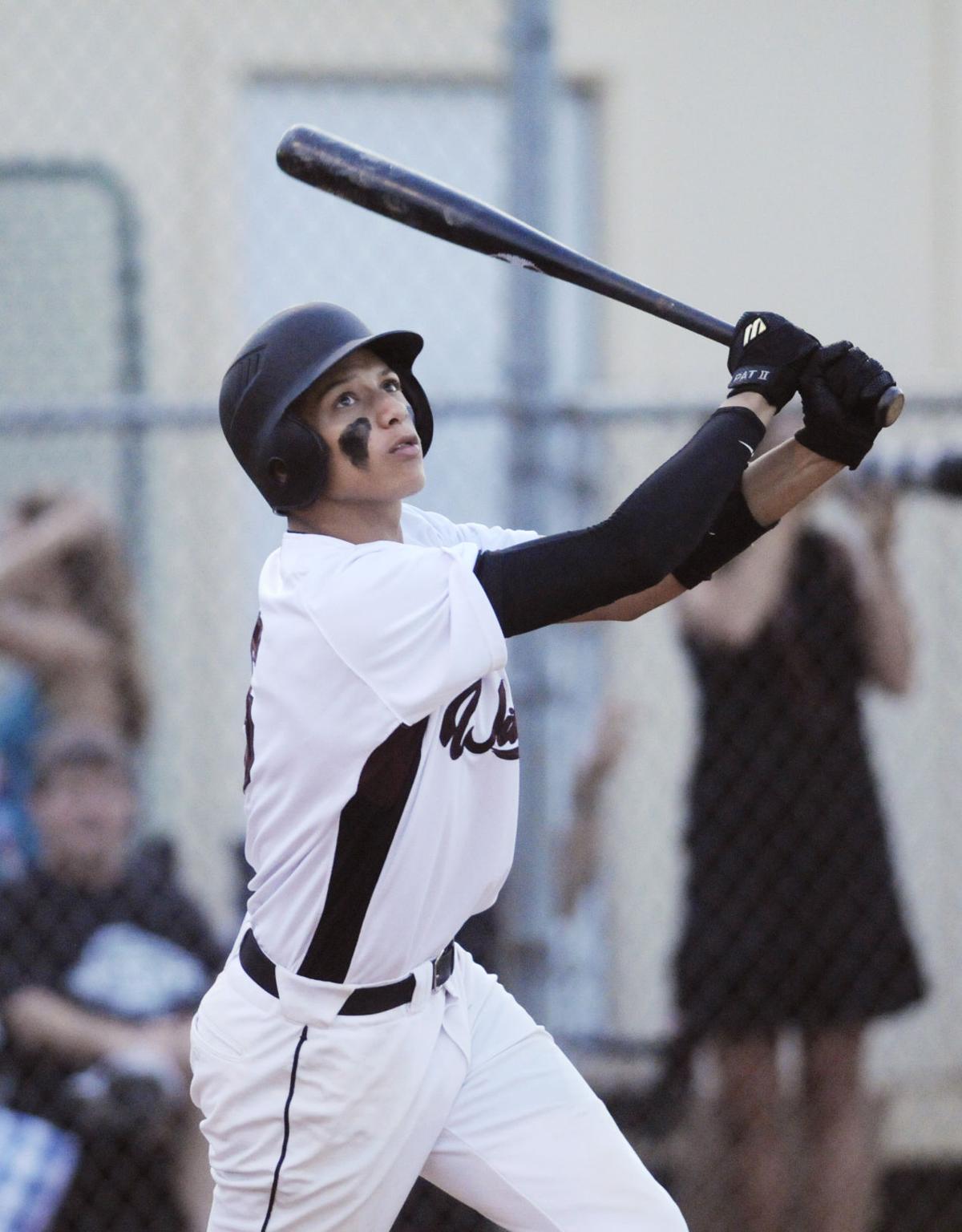 Patrick Mahomes was a standout baseball player ... and basketball player ... and, of course, football player at Whitehouse High School. “As much as a coach may try to take credit, he was just an unbelievable athlete,” his high school baseball coach, Derrick Jenkins, says. (Tyler Morning Telegraph/File/2012) 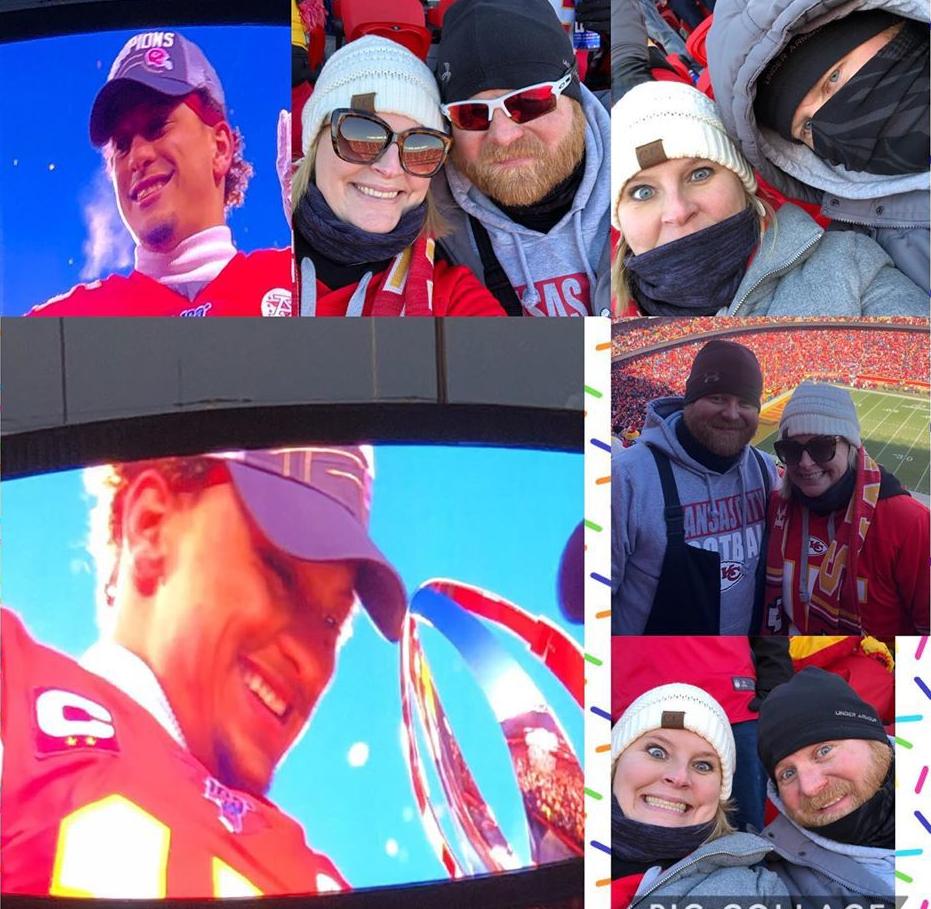 Derrick Jenkins and his wife, Whitney, watch the Kansas City Chiefs play in the AFC Championship game in Kansas City.

Patrick Mahomes was a standout baseball player ... and basketball player ... and, of course, football player at Whitehouse High School. “As much as a coach may try to take credit, he was just an unbelievable athlete,” his high school baseball coach, Derrick Jenkins, says. (Tyler Morning Telegraph/File/2012)

Derrick Jenkins, like many others, noticed something special about Patrick Mahomes at a young age.

Mahomes was a freshman during the 2010-11 school year.

“I saw him throw a football, and I said he would start for me as a freshman from Day One,” Jenkins said. “There was not even a question. He was that good.”

Mahomes, who was a multisport athlete in high school, started on the Whitehouse varsity basketball team as a freshman.

The Wildcats lost in the playoffs to Bastrop on a Friday night. The next day, without a single day of baseball practice, Mahomes started in a varsity baseball game.

“As much as a coach may try to take credit, he was just an unbelievable athlete,” Jenkins said. “He is also really smart. It’s like having another coach on the field, and you can’t replace that. It’s hard to find guys that know the game as much as he does, whether it was baseball, football or basketball.”

Mahomes helped lead the Wildcat baseball team to the Class 4A state tournament in 2013.

One of the baseball games often talked about from Mahomes’ high school years was a nondistrict game against Mount Pleasant, where the starting pitchers were Mahomes against Michael Kopech, now of the Chicago White Sox. Mahomes threw a no-hitter with 16 strikeouts in that game, a 2-1 Whitehouse victory.

Jenkins said he recently got a call about that game.

Jenkins and his wife, Whitney, have two sons — Logan, 14, and J.J., 11. They consider Mahomes, like several others Jenkins has coached through the years, a member of the family.

“As a family, he’s somebody we love to death and think the world of,” Jenkins said. “It almost puts you in tears seeing what he’s accomplished and the work he has put in to get there.”

When the Kansas City Chiefs reached the AFC Championship a season ago in Mahomes’ first full season as a starting quarterback, Jenkins and his wife talked about going to the game.

“We were going to leave the kids here, and my oldest said, ‘No, you can’t leave me here,’” Jenkins said.

Jenkins said Logan gave a speech about how he grew up watching Mahomes play in high school and then on TV in college and the NFL, and that he even wears Mahomes’ jersey number.

So Jenkins made a deal that Logan could go to the AFC Championship game, and he took J.J. to a WWE event at a later time.

The Chiefs fell short of reaching the Super Bowl as New England won 37-31 in overtime.

“Just to know how much he puts into everything he does, it was devastating,” Jenkins said. “Last year, nobody was talking when leaving the stadium.”

When the Chiefs advanced to the AFC title game once again, Whitney surprised Jenkins with tickets to the game.

The Chiefs defeated the Titans 35-24 to punch their ticket to Super Bowl LIV.

“It was a great atmosphere,” Jenkins said. “And it’s cool to listen to people talk about Patrick like he’s a savior in a way for Kansas City.”

Jenkins said the thing that has always stood out to him about Mahomes is how much he cares about his teammates and wants them to be successful.

Jenkins admits that he is a fan of the Dallas Cowboys.

Jenkins said his family will watch Sunday’s game at home.

“It’s the first time in a while I’ve had a true reason to watch the Super Bowl,” Jenkins said. “It will be fun to watch. I hope he has a huge game.”

Read all of our Patrick Mahomes articles HERE