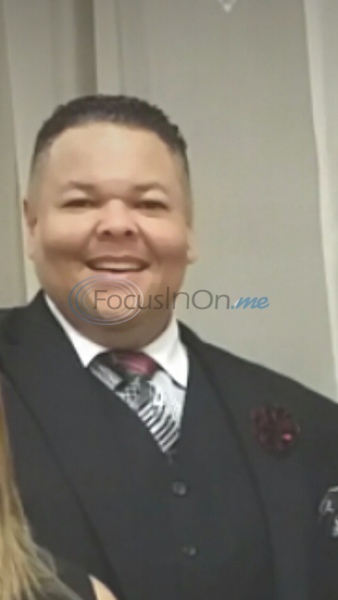 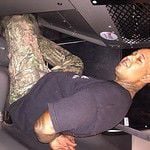 The moment Rasheed Abdul Aziz, of Jacksonville, walked into the Corinth Missionary Baptist Church, the pastor knew there was a problem.

"Every hair on my neck just stood up," the Rev. John D. Johnson III, 45, said Monday. "It was almost like you could just like feel the presence of just negative energy."

Aziz, 40, was sweating profusely. He had camouflage fatigue pants, camo boots, a black T-shirt and a tactical vest with a canteen hanging from it. Tattoos covered his neck and arms.

Aziz first approached a deacon outside the church and asked to see the pastor for prayer. It was early afternoon. The 11 a.m. worship service was long over.

Sunday was musician's appreciation day at the church, a small congregation near Lake Palestine. Johnson said they'd had a great service, presented musicians with a gift and had a reception for them after the service.

Some church members met to plan for the upcoming fall fest.

"Everybody was in very good spirits," Johnson said. "It was a fun day."

It was into this environment that Aziz entered. The deacon brought him into the conference room where Johnson, who was with his 17-year-old son, was working.

Before the deacon even finished introducing the man to Johnson, and as Johnson extended his hand for a shake, Aziz launched into a rant.

He talked about being a "man of Islam" and having demons chasing him, Johnson said.

"You're here at the church. What can we do for you?" Johnson told him.

Aziz gave his full name and started yelling about how his God had authorized him to take lives. He talked about how it was OK for him to kill any Christian or Jew who conflicted with what Islam said. And he used the term infidels.

It was at this point, as Aziz exhibited very volatile behavior, that Johnson did the exact opposite. Of all the churches Aziz could have walked into, he found one where the pastor is a former parole officer and has prior training in verbal de-escalation, crisis prevention and experience dealing with mentally ill offenders. Johnson's present full-time job is as a student services intervention specialist in Tyler ISD. In that position, he can work with troubled youth.

"Immediately, just like clockwork, it kicked in," he said of his past training.

Johnson asked the man to calm down. He stepped up to get between Aziz and the door to the rest of the church. He offered to get him a cool drink and pray for him. And he asked him to sit down.

"I never gave him the power of feeling that he was in control, that I was frightened," Johnson said. "I just continued to engage, but I was very cautious not to raise my voice or make any quick moves."

Johnson saw what appeared to be the outline of a gun in Aziz's pocket. He asked him to have a seat and as Aziz sat down, Johnson patted his shoulder so he could lean over and get a good look at the possible weapon. He saw the bottom of a clip and at the same time said Aziz was becoming more and more irate.

Johnson told him he was going to take care of him but needed to get his kids situated first. That was his excuse to step out in the hall and whisper to his wife and another member there, "We got a problem. Get everybody out of the church."

"It was as if we had trained, but we hadn't," Johnson said.

As people loaded up in their cars, Johnson made a decision to leave too.

"We can get another church," he told his wife. "We can get more walls, but we cannot get new people."

Law enforcement was already en route because a church member had called 911. Johnson praised their response time, collaboration and character.

"It was just downright amazing the compassion they showed, the attitude, the aggressiveness," he said.

He also thanked God for giving him the clarity of mind to immediately have a plan and put that plan in place.

Law enforcement officials said they believed Aziz came back to the church later in the day, Johnson said. On Monday, a church deacon found a note Aziz apparently left to thank the church for its kindness.

"That note was in stark contradiction to what he did in deed and statement," Johnson said.

He was charged with felon in possession of firearm and was taken to the Smith County Jail. Additional charges were expected from Cherokee County, where the church is located.

Johnson said his congregation, which numbers about 180 members, is concerned and thankful.

"It is a community of great pride and great strength, but unbelievable compassion," said Johnson, who is entering his sixth year as pastor. "If any place can handle this and grow from it and be an example to others, it certainly is our church."

The church already has changed how it will handle visitors because of this situation and Johnson said the church plans to get security cameras, and secure the entry points better than they have in the past. Church leaders will meet this week to plan.

Johnson said if he could share one thing with other pastors, it would be to, "Please put security measures" in place.

"Do not get caught thinking that this only happens in other places, in big places," he said.

Ultimately, he's thankful for how the situation ended.