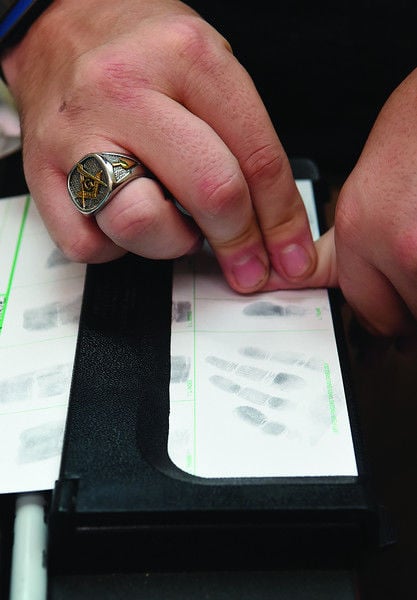 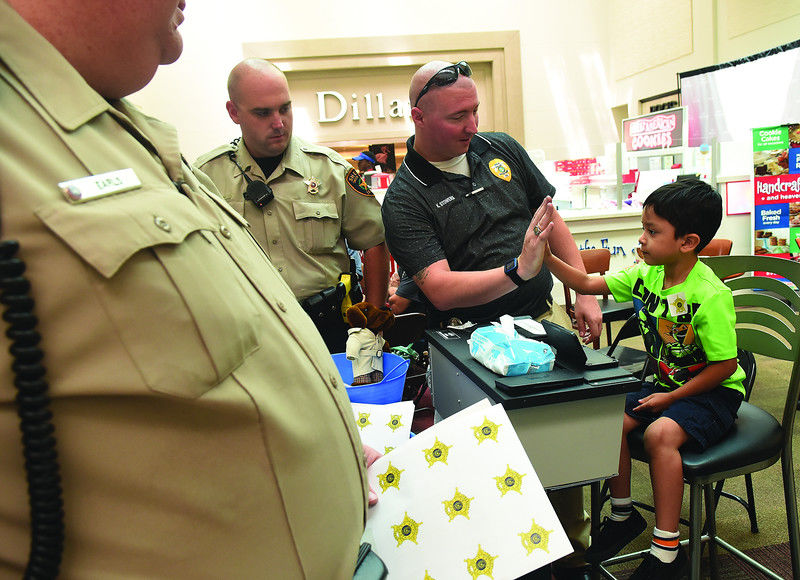 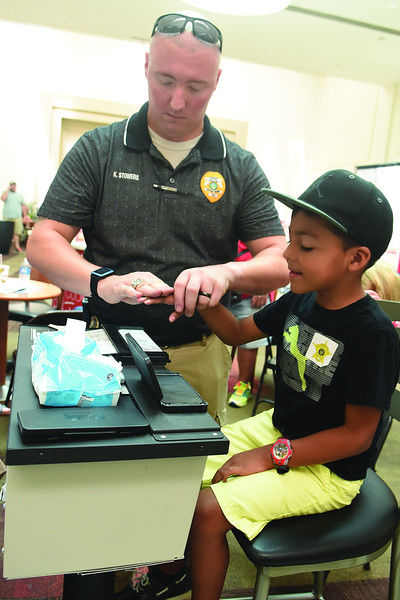 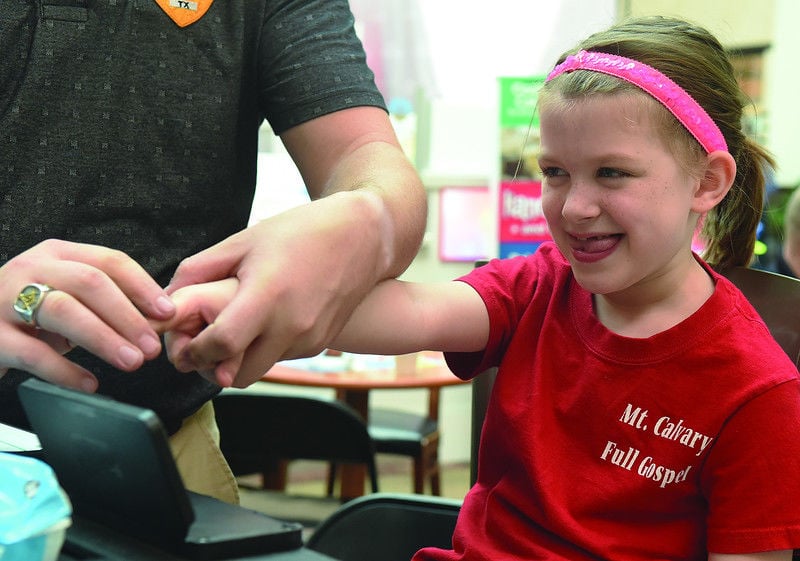 Child safety was the main focus of representatives from the Smith County Sheriff's Office and Sharon Shriners Saturday when they collaborated for Kids ID.

Held in Broadway Square Mall, the event was an effort to get parents to take proactive measures on behalf of their children's safety.

According to the Federal Bureau of Investigation, each year hundreds of thousands of children in the United States are reported missing. In response, the FBI recommends that parents take the precautionary measure of getting their kids fingerprinted and identified.

"The earlier (age) the better," advised Heather Stoner, volunteer and intern coordinator for Smith County. "The statistics for kids going missing are higher at a younger age."

Given that Saturday was part of Texas' annual Tax Free Weekend, Stoner said it was an opportune day to set up a booth in the mall, since many families would be there gearing up for the start of the school year.

Juan Orozco embraced that recommendation and brought his three kids in to be fingerprinted and identified. He said he hopes the identification card is something he and his family will never have to use, but believed it was important.

Deputy Ira Earls added that adults get fingerprinted in various forms, whether for a driver's license or a passport, however, children don't have the same opportunities.

The Kids ID program was as much about educating children about safety, as it was about fingerprinting and identification. Kids were taught and given information about stranger danger. They were taught to identify tactics dangerous strangers use to lure kids, such offering them candy, money or gifts.

Stoner said that the fingerprinting and identification were offered as a service to parents and their kids.

"What this does is give them peace of mind," she said.