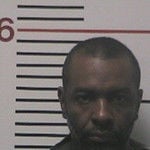 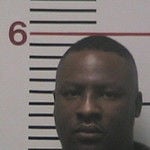 Three people were arrested and more than a pound of methamphetamine was seized after a monthlong investigation by the Palestine Police Department.

The department's SWAT unit and drug enforcement unit executed a search warrant at a home in the 1100 block of North Fort Street, according to a news release.

Police seized about 1 pound of methamphetamine, approximately a quarter pound of crack cocaine, as well as marijuana and other narcotic-type pills, according to the release. About $1,800 in cash also was seized.

"This large of a seizure, unfortunately, is a direct result of how much dope we have within our community," Police Chief Herbert said in the release.

Palestine residents Willie Leon Barnes, 44, and Donald Drew Nixon, 36, were arrested for manufacturing and delivery of a controlled substance between 1 and 400 grams. This charge carries a potential of between 15 and 99 years in jail and a fine not to exceed $250,000.

Mattie McDonald, 46, was arrested for felony possession of a controlled substance, according to police. Ms. McDonald was released on a $7,500 bond.

Barnes and Nixon are being held in the Anderson County Jail on bonds totaling just more than $1 million.

Two people were released without charges.

"I'm very proud of our tactical team, getting in and securing the scene," Herbert said in the release. "Again, I'm proud that we got drugs off the street, and we will continue our efforts to rid drugs from our community."

The Palestine Police Department was assisted by K9 units from the Texas Department of Criminal Justice.