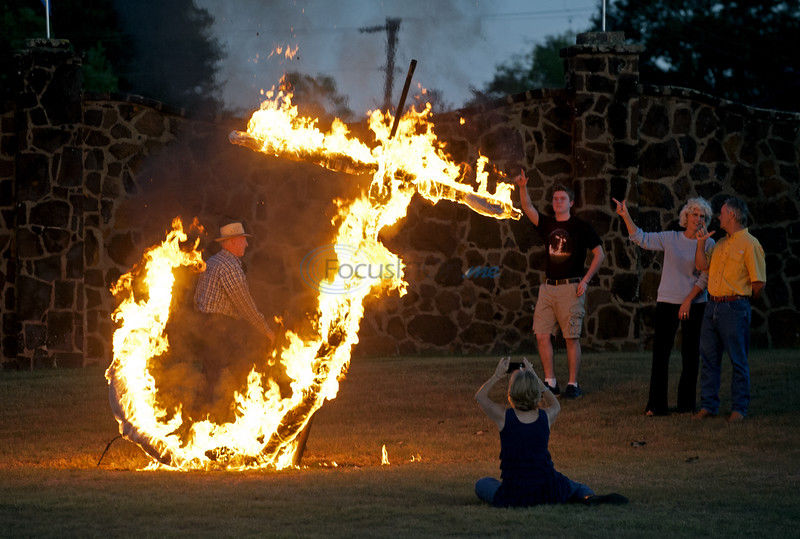 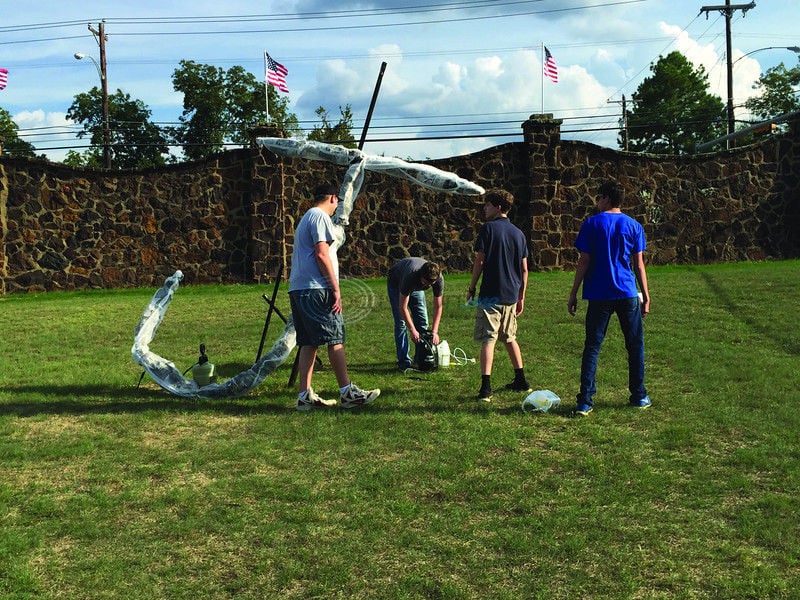 For more than 30 years, students at Jacksonville High School have lit a fire to kick off home football games.

The tradition of the "Flaming J" began during the 1973-74 school year, when members of the student council built a large paper "J" to light at the Tomato Bowl stadium before a football game.

"We went to a student council convention, and they were talking about this," Lucy Derock said. "They had done something similar in Jacksonville when a man named Art Nelson was student body president, but they didn't continue it."

The students built a frame, wrapped it in diesel fuel soaked cheesecloth, lit it on fire and history was born. The tradition has continued ever since. Derock later returned to Jacksonville High School as a teacher.

"You have a whole crew that goes out and does this," she said. "That has been going on all these years. Fast forward twenty years to when I'm teaching, they wanted to build this 'J' that didn't take all this work, and the students protested. (Building it) was part of the fun and the camaraderie of the whole thing."

"Every once in a while, we've had trouble with people sneaking in and putting fireworks in it," Derock said. "We did have a problem one year when there was a burn ban, but somehow we got around it. We had to bring the fire department out. The school has always been really supportive of that tradition."

To Derock's surprise, the "Flaming J" also has become a family tradition. After she left Jacksonville ISD, both her brother and sister were student council sponsors and helped guide the students in the tradition. Her nephew, Swanson Traylor, 17, is the current student council president responsible for carrying on its legacy.

"I started when I was a freshman, because my older brother who was a teacher here was the student council sponsor," Traylor said.

Traylor said the tradition has instilled the school with a unique sense of pride. For decades, students have enthusiastically volunteered their time and energy to show their support for the football team.

Traylor's younger brother, Joe, currently is a freshman and already is learning the process.

The student council members responsible for the fire even have their own uniform. Due to recent security changes at the Tomato Bowl, all students allowed on or near the field needed either a pass or uniform, so Traylor's mother decided to make the students T-shirts.

"Part of it is that it's completely unique," Traylor said. "No one else around does it."

In a special lighting ceremony before the 2015 homecoming game, the school honored members of Mrs. Derock's class.

"It was so much fun; I couldn't help smiling, because it was fun to see the same traditions and really enjoying it still," she said. "I formed such a bond with the kids that went out there with me every Friday afternoon to do it. They took such great pride lighting the J (with us at Homecoming this year)."

The Flaming J will be lit again before the game on Friday, Nov. 6, at the Tomato Bowl.