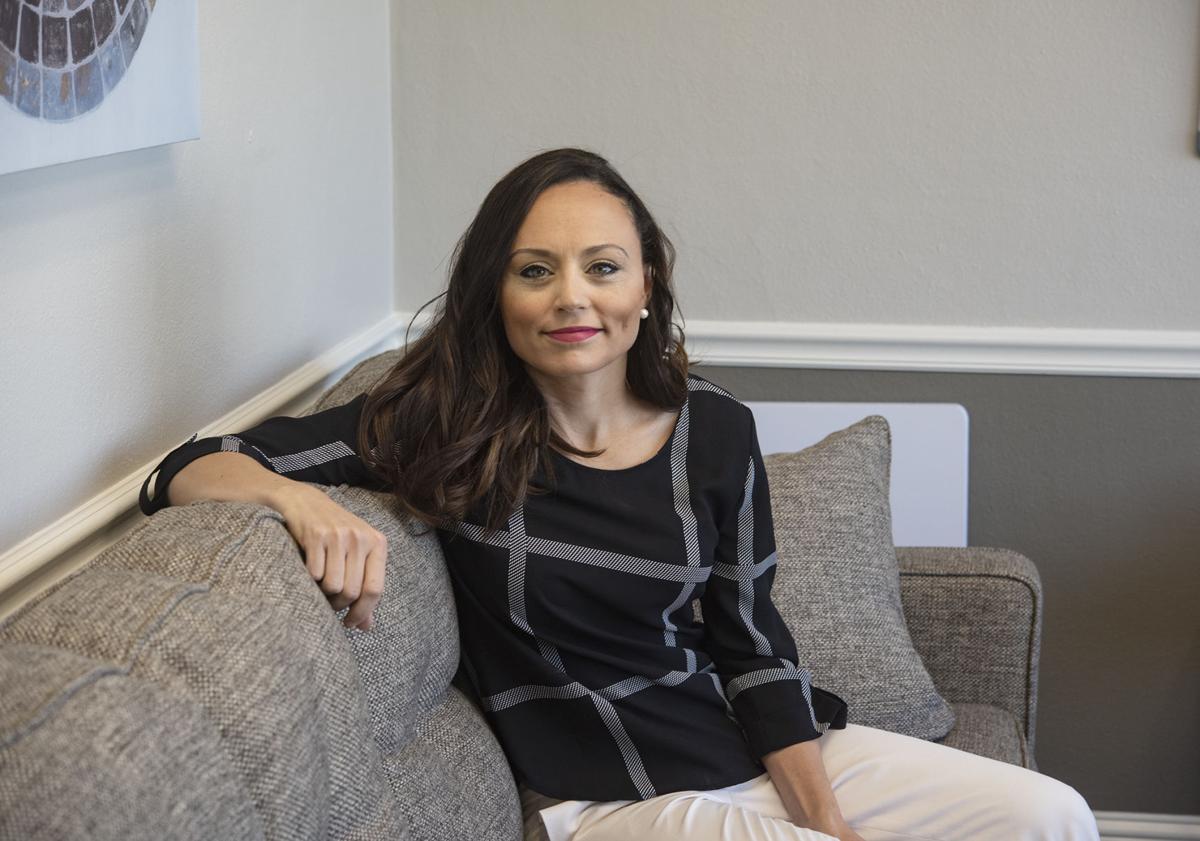 Licensed professional counselor Simone Key is one of the counselors that provides free services to students through Next Step Community Solutions. (Sarah A. Miller/Tyler Morning Telegraph) 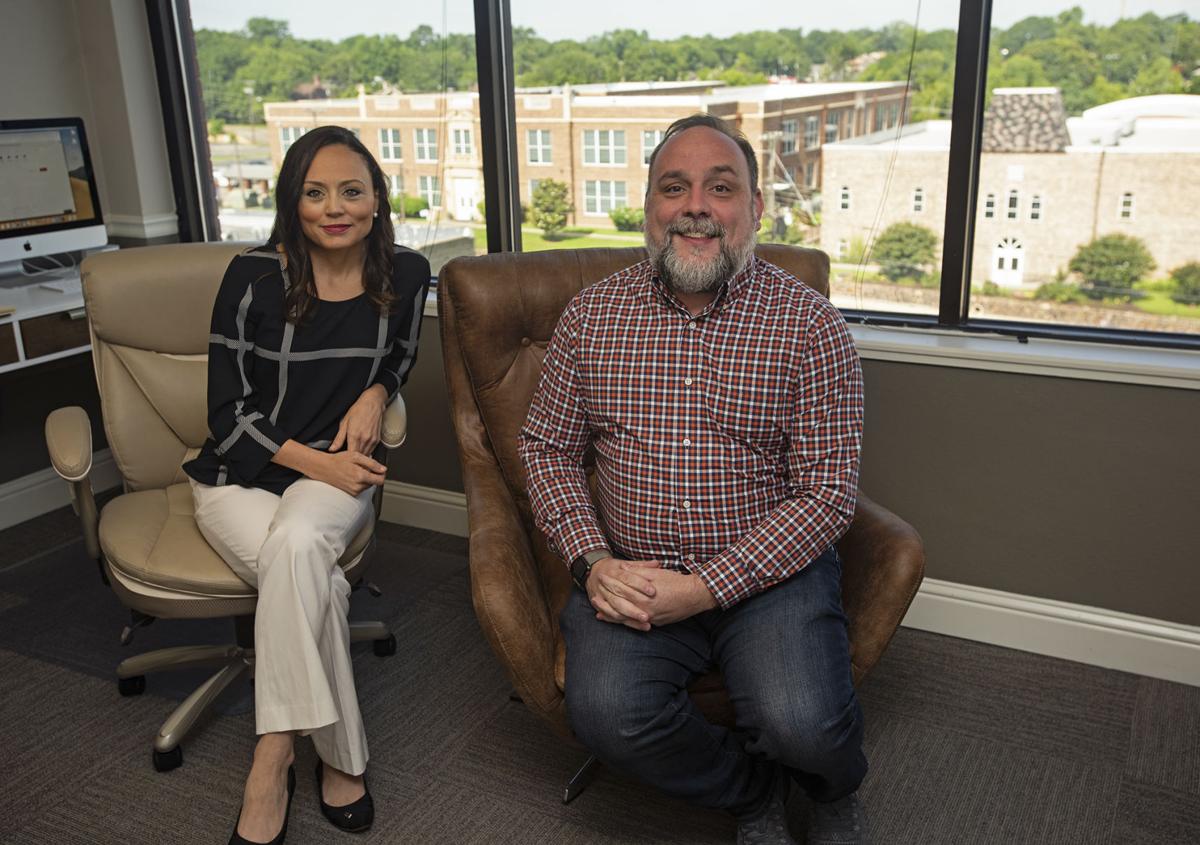 new counseling area for students from kindergarten through college. 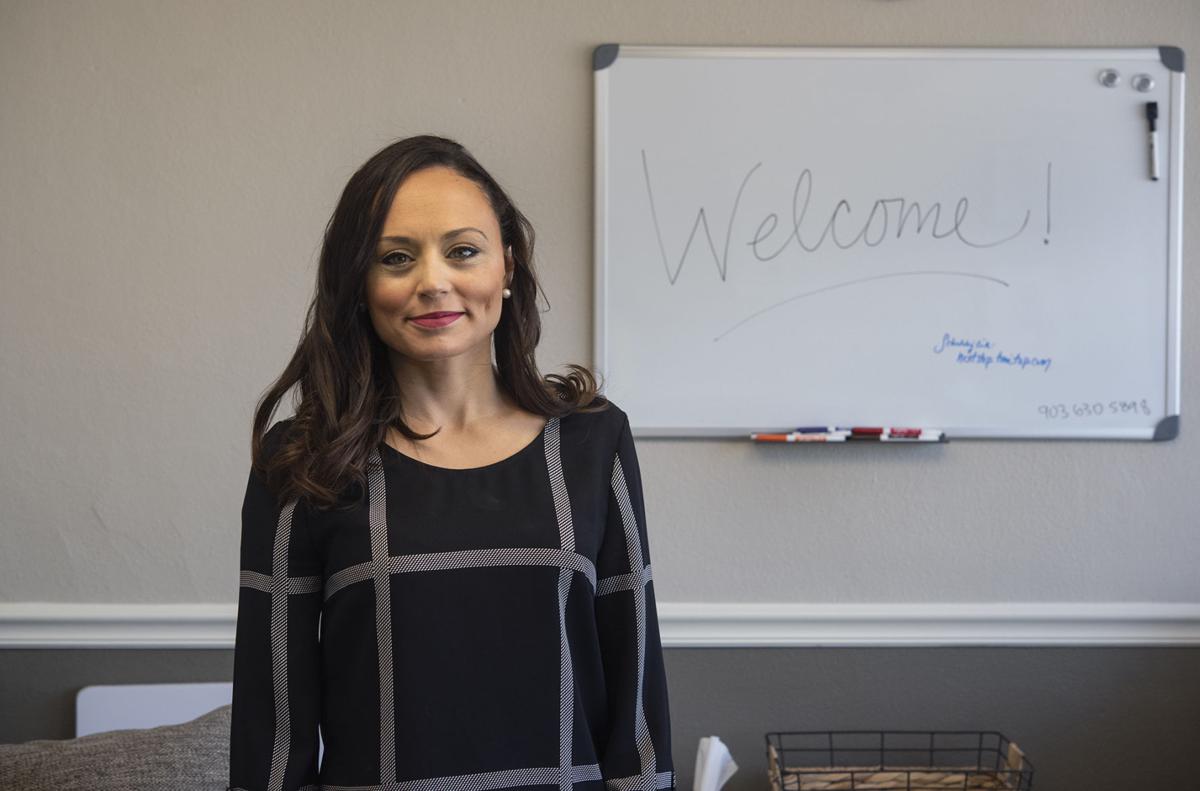 Licensed professional counselor Simone Key is one of the counselors that will be providing free services to students through Next Step Community Solutions. 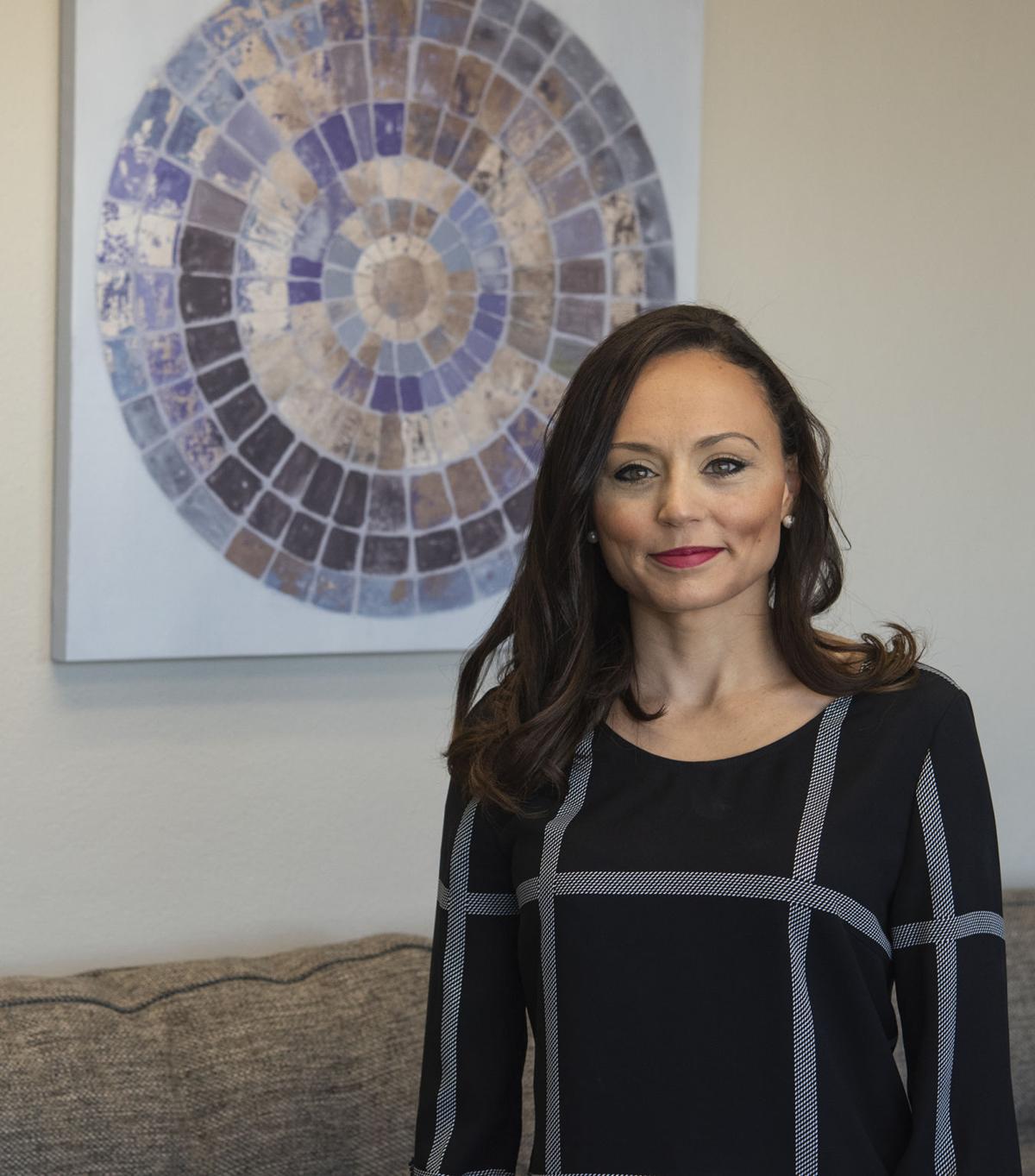 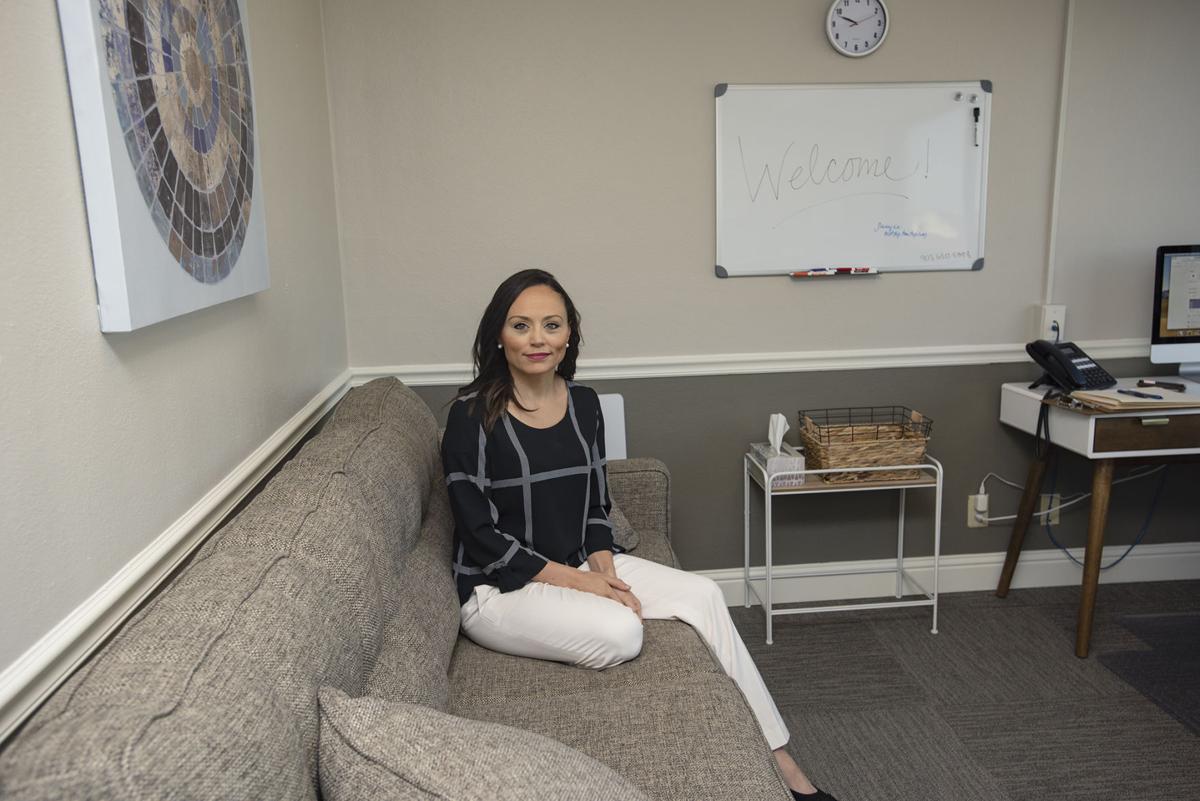 Licensed professional counselor Simone Key is one of the counselors that provides free services to students through Next Step Community Solutions. (Sarah A. Miller/Tyler Morning Telegraph)

new counseling area for students from kindergarten through college.

Licensed professional counselor Simone Key is one of the counselors that will be providing free services to students through Next Step Community Solutions.

A Tyler nonprofit is taking major steps toward curbing suicide and mental health crises among students in East Texas.

Recent studies have shown that Smith County has the highest suicide rate of the state’s 25 largest counties. Next Step Community Solutions will launch a new program this fall that will help create a peer support network for students through an evidence-based suicide prevention program. They plan to pilot the program at Robert E. Lee High School and a second, as yet undecided school in East Texas.

Sources of Strength relies on peer networks building support and sharing resources, rather than taking a reactionary approach.

Next Step’s Director of Programs, Brandon Davidson, said the program works at the population level, rather than the individual level.

Davidson said most suicide prevention programs involve shock and trauma. For example, students might hear from a speaker who has made an attempt or a parent who has lost a child. He said those programs can trigger an outcry among students that schools might not be equipped to handle.

“What Sources of Strength does is (ask) at its best, how can we connect kids to other kids, and how can we increase the connections between students and adults so that when kids seek help, they’re one to two degrees away from that,” Davidson said.

The program shows that students are 4.5 times more likely to seek help when their peer group is equipped to support them.

“We know there is a real social contagion aspect to suicide,” he said. “With kids that know how to seek help, their peer group is inoculated.”

The program will begin with training eight to 10 teachers and about 100 students recommended by their counselors. By the end of three years, they hope to have 10 percent of students at Lee trained.

Over the past five years, Next Step has launched substance abuse prevention programs, placed counselors in schools and juvenile attention centers and partnered with community organizations to teach Youth Mental Health First Aid, which puts the organization in a position to give students not only the tools they need to seek help, but a pathway to do it.

Davidson said a key component of the program is teaching students resiliency, and how to talk to peers about it. When a friend is having an issue, they want peers to be able to listen, empathize and offer advice about how they dealt with similar situations.

Five years from now, Davidson hopes the nonprofit will have a story of hope to tell.

“If we do nothing else through Sources of Strength but destigmatize mental health issues for young people and make it more common for young people to talk about, that’ll be a giant win for us,” he said.

Leigh Hines, Next Step’s lead counselor for schools, said their programs already are seeing success with counselors working with 31 school campuses in the area. She said once students know they have a safe place to talk about their issues, they really open up.

“I think a lot of it is building rapport. A lot of kids this age are going to be resistant, and I think as professionals we have to be ready for that and be comfortable with silence,” she said. “Because if you’re quiet for long enough, they’re going to start talking.”

Next Step also has opened a stand-alone counseling office to serve students. Davidson said they were looking for a way to serve more college students and their younger clients year-round, not just when class is in session.

Thanks to a grant from the Women’s Fund of Smith County, they were able to open the counseling office and launch Sources of Strength.

Closing gaps in mental health coverage in the area is critical to reducing the suicide rate in the region.

Davidson said one of the biggest obstacles families face are a lack of beds at inpatient mental health facilities in the region. Some families are forced to seek crisis treatment as far away as Shreveport, Louisiana, or Dallas.

Being able to connect with youth in a proactive way can help family better find resources and manage crises.

“There’s sort of a social norm in East Texas that exists around not asking for help,” Davidson said.

Sources of Strength shows that teaching students that it’s OK to ask for help and how to do so, leads them to being more likely to seek that help.

Davidson said they also are working with interested clergy to teach youth pastors how to direct students to the services they need. Davidson, a former youth pastor himself, said they’ve received a lot of requests for training from local churches.

Through some of the nonprofit’s other programs, they’re also teaching students how to talk to their peers about alcohol and substance abuse.

Through just their counseling services, Hines sees more than 60 students at just one local middle school, and they expect to see those numbers grow as students learn how to talk about mental health in proactive ways.

Davidson hopes their interconnected services will continue to grow so that from the moment a student begins school, through the time they’re in college they know support is available and how to find it.

“I want other East Texas schools to see East Texas teenagers that are better connected to each other,” Davidson said. “And for stories of hope, health and strength to become more normative, so that ultimately in East Texas (mental health care) is not an afterthought anymore.”