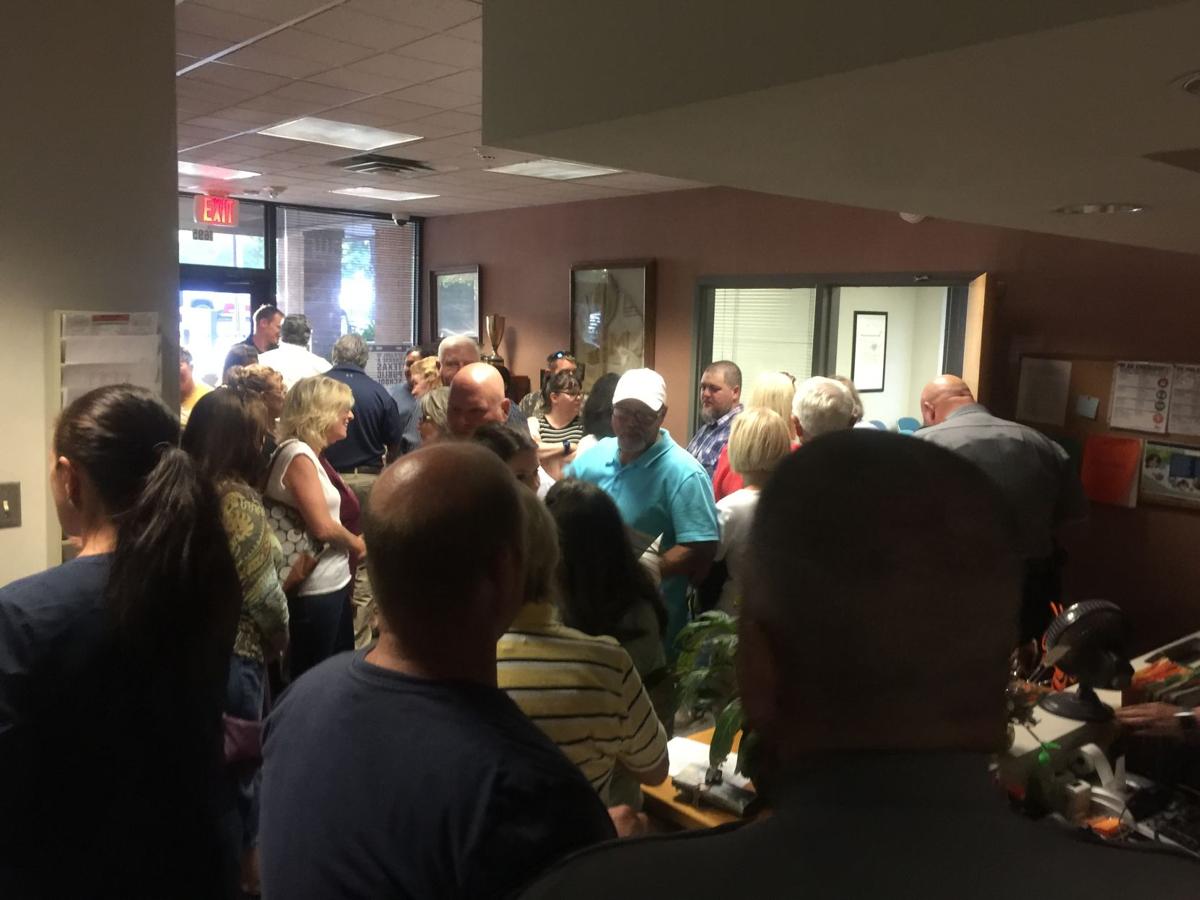 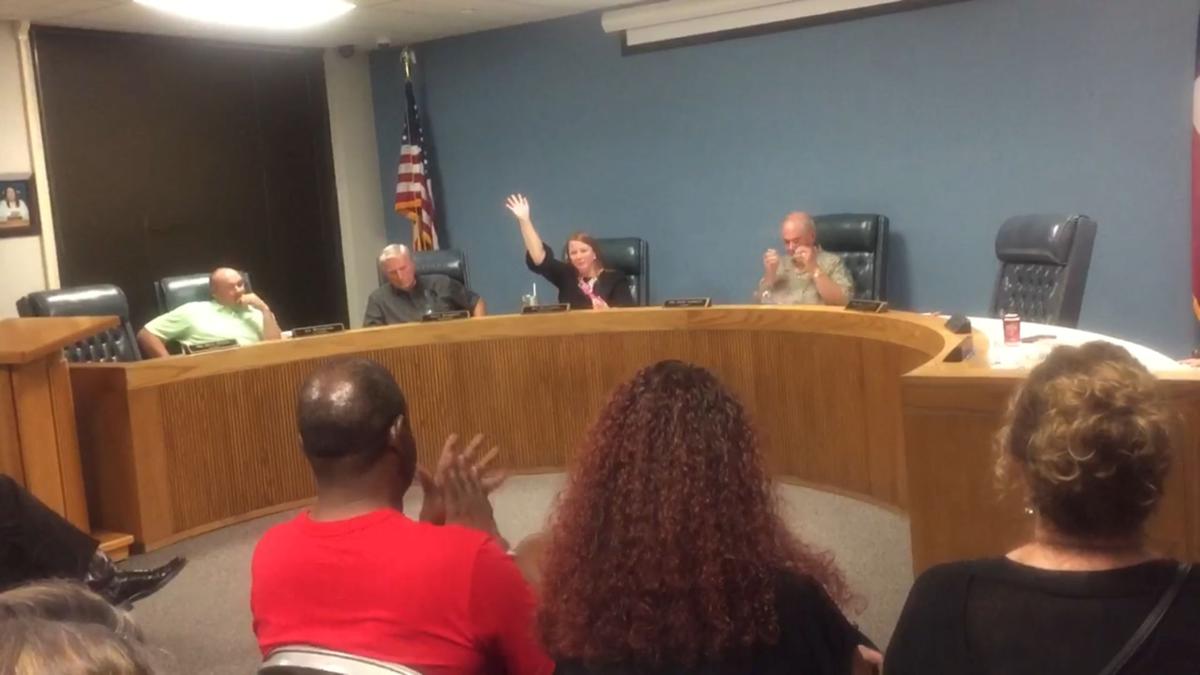 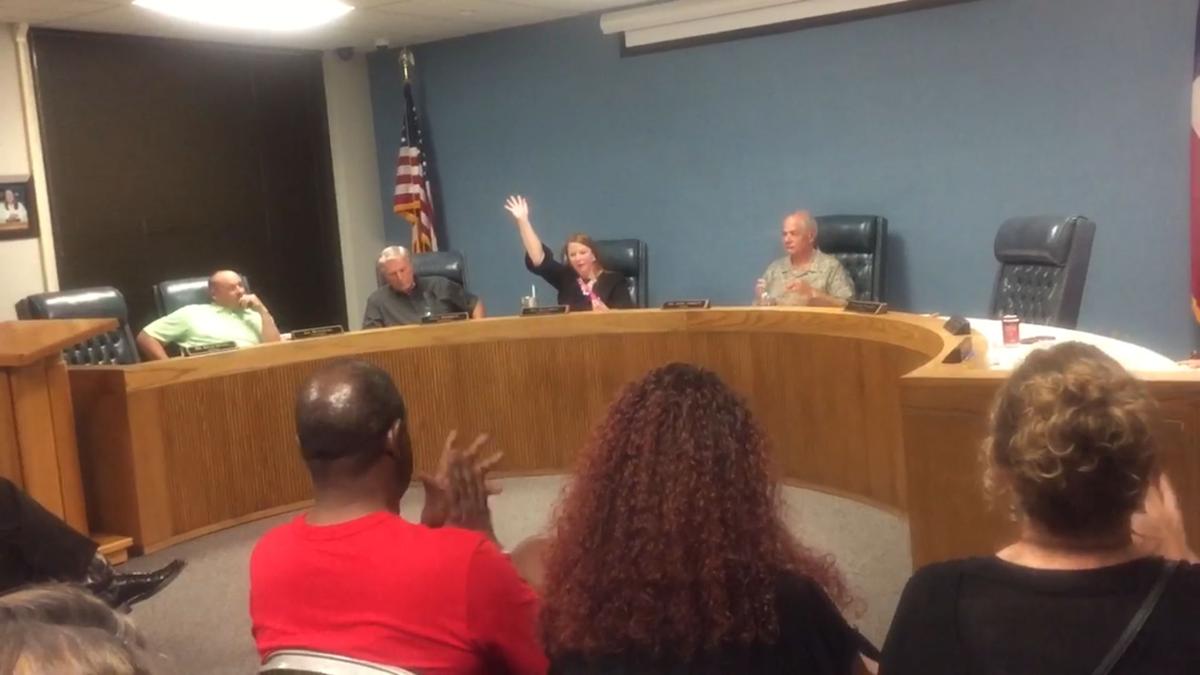 Community members begin to clap as Mineola ISD board member Jill Quiambao votes against accepting the letter of resignation from Superintendent Kim Tunnell at the board meeting Thursday night. 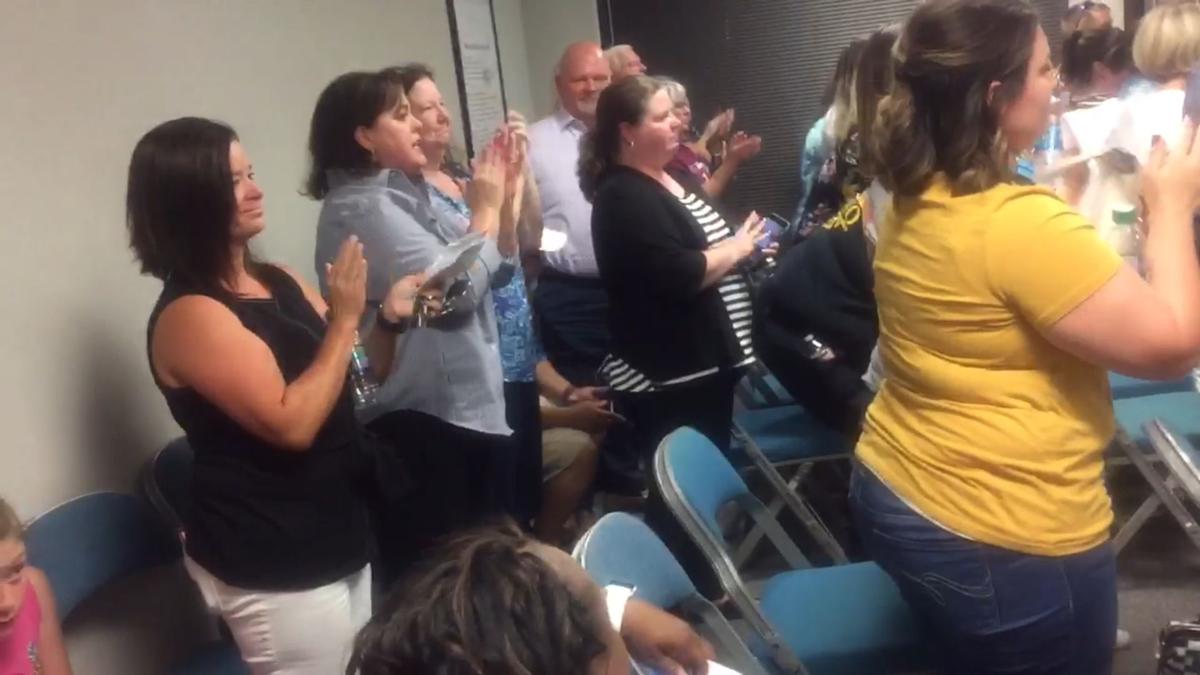 Community members begin to clap as Mineola ISD board member Jill Quiambao votes against accepting the letter of resignation from Superintendent Kim Tunnell at the board meeting Thursday night.

The Mineola Independent School District board of trustees stunned community members Thursday night at a specially called meeting to approve a release and separation agreement with Superintendent Dr. Kim Tunnell.

The board posted the meeting’s agenda Monday night, but would not respond to questions from community members asking for public input or information about who had requested the meeting.

Parent Angie Ruffin was asked to leave the meeting for interrupting after pressing the board for answers on what was behind the district’s decision.

Board President Dr. John Abbott would not comment on whether the board had asked Tunnell to submit her resignation, after reading a letter to the board dated Thursday.

In the letter, Tunnell offered her resignation effective January 2020 or upon being offered a position in another school district. She was not present at the meeting.

The board voted to accept her resignation, with the exception of Kyle Gully, who was not present, and Jill Quiambao who voted against accepting.

After tearfully raising her hand in dissent, the room exploded in applause for Quiambao. Community members later thanked her for standing her ground.

Quiambao said she could not comment on the agreement. Abbott said information related to the resignation would be available Friday.

Ruffin, who told the board their actions were shameful as she was asked to leave, later said that the community was in shock and did not know why the board made the decision to separate with Tunnell.

While some community members speculated the decision could be due to poor performance in accountability ratings, they were left without an explanation from the board,

“If you ask any parent (in Mineola) they’re going to say we’re a lot more about relationships than a stupid test,” Ruffin said. “I think the board members should be ashamed, frankly.”

Ruffin said she learned of the meeting when leaving the district’s regularly called monthly board meeting on Monday. After posting a photo of the agenda on Facebook, more than 30 community members packed the small board room, with some standing in the lobby outside for lack of space.

“I don’t really know why they would want her to go. Dr. Tunnell has been an incredible asset to Mineola,” Ruffin said. “The parents love her, the teachers love her. The students love her. It’s going to be a huge loss for Mineola”

Brown said he wishes the board would look at the public reaction and reconsider their decision.

The Mineola Foundation has been working closely with Tunnell to expand career and technology education, he said. He also expressed concern for how the district’s relationships with entities like Tyler Junior College would be affected, due to the work Tunnell has done to improve pathways in the community.

More than thirty minutes after the meeting, community members were still in the parking lot of the district’s administration building discussing what had happened.

The Tyler Paper has requested more information from the board, reached out to the district for further comment and will continue to follow developments with this story.