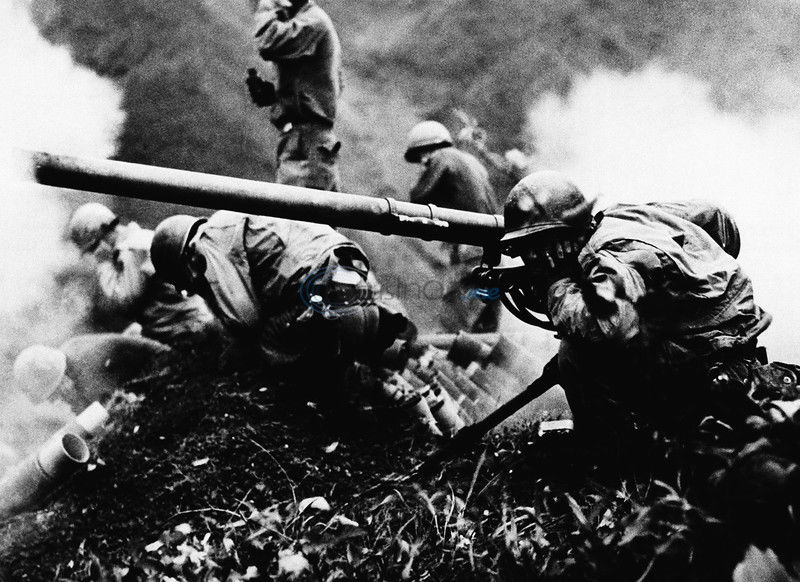 Allied soldiers duck and cover their ears as their 75mm recoilless rifle delivers a blast at enemy positions in support of attacking infantrymen on the Korean front June 18, 1951 in Korea. (AP Photo) 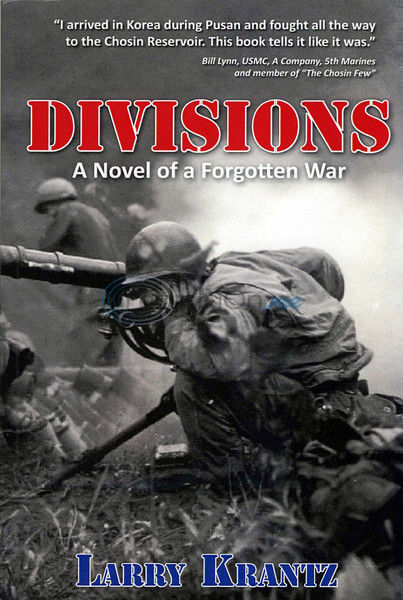 “Divisions” is published through TB Butler Publishing and is available for purchase via Amazon.com and as a Kindle eBook.

Allied soldiers duck and cover their ears as their 75mm recoilless rifle delivers a blast at enemy positions in support of attacking infantrymen on the Korean front June 18, 1951 in Korea. (AP Photo)

“Divisions” is published through TB Butler Publishing and is available for purchase via Amazon.com and as a Kindle eBook.

Larry Krantz is the author of the newly released Korean War novel "Divisions." It begins in the summer of 1950, when communist North Korean troops stormed across the 38th Parallel, taking the Republic of Korea and the American soldiers training her forces completely by surprise. Sgt. Maj. Scott Conine is there from the beginning, rising in rank and influence as he distinguishes himself in some of the war's greatest actions. Lt. William Henry is a green recruit who gets his first taste of action in the early days of the war, when he serves in the woefully underprepared Task Force Smith sent to halt the invading North Koreans. Capt. Moses Fields is an African-American soldier, who must constantly struggle to prove himself in a still segregated military. Their paths often cross, but each must make his own way through the mud and blood of one of America's most often overlooked conflicts.

The book is a gritty depiction of the awful realities of war — a determined enemy, a divided and often incompetent high command, and a political agenda that often conflicts with the immediate necessities of the battlefield. The book is nearly devoid of romantic reminiscences and comedy, but heavy on action, drama, and brutal realism — this is not "M*A*S*H."

I had the opportunity to speak to Mr. Krantz about "Divisions." This is our conversation.

Calvin Maynard: Now, how did you first decide to write this book?

Larry Krantz: Well, I've always considered myself an amateur historian. I had two relatives in World War II, my father-in-law was a Viet Nam veteran, and so on, so I come from a martial tradition. But really, my decision to write this was all based on pleasure reading. It's because I'm always asking the question "And then what?"

Maynard: Why Korea? They don't call it "The Forgotten War" for nothing.

Krantz: Well, people just tend to assume that World War II ended with dropping some atomic bombs, then Korea gets a few paragraphs in the history books, then Viet Nam just sort of happened and they're confused about why the world is what it is today.

But really, I think those five years after World War II were more pivotal in world history than World War II even. Korea was where most of the action takes place in that era, and it really illustrated a lot of American thinking at the time. We had just come out victorious from a world war. We were number one! Then some little nation in Asia with a third rate military came and kicked us right out! It was a huge blow to our national ego. These days, people just don't really know much about the Korean War. What they do know has been skewed by things like M*A*S*H, that television show. I mean, it's a comedy! It wasn't a bad portrayal, but it's all people know.

Maynard: What are the major themes of this book? What kind of message are you trying to get across?

Krantz: Well, the title of the book is "Divisions." That's a multi-faceted word. There's the traditional military divisions. Then again, our military was still segregated at that point, so one of my characters is black and he has to overcome that. There was the division between North and South Korea. There was the fact that the whole war was led by General MacArthur, but he was nearly always in Japan. He hardly ever even set foot in Korea. There were many divisions at that point. In fact, you could say that in addition to being an actual war, Korea was actually a metaphor for our society as a whole at that point. We were very divided, and that's what I wanted to convey in my book. Also, the way I wrote my book was that you never see the big picture. I made it very jerky and disconnected because that's the way war is, and I also wanted to show that.

Maynard: Let's talk about your major characters. For the most part, from what I've seen of historical fiction, the main characters are often based on an old relative or someone like that. Is that the case for your main character Conine?

Krantz: Well, not really. Out of the three, Conine emerged fully formed from my imagination. I was talking to a Korean War veteran who was reading the book, and he said "Well now, who's this character Conine based on? I think I might have known him, but I can't recall his name." So I told him he wasn't based on anybody, and he was shocked! So, I guess I must have done a pretty good job on him. My starting point was sort of that Conine didn't really see himself staying in the army post-World War II, but circumstances just conspired to keep him in there as history was being written.

Maynard: And what about your second main character, Henry?

Krantz: Well, my grandfather was a Henry, so I got the name there, but he wasn't really based on anyone either. He was my character that has sort of joined the severely reduced military after World War II to see the world, not fight. He's the one that stands to learn the most about himself. The fighting in Korea really becomes a crucible for himself. When he goes in, he sort of has this view that America really just has to show up and the North Koreans will give up, and that everything around him and all the circumstances he encounters are planned for him to succeed. His real trial comes when he finds out that this is very much not the case. But no, he was also completely a product of my own imagination.

Maynard: And finally, I wonder if you could talk a little about Fields?

Krantz: Ah yes. The character that I'm most proud of is Moses Fields. I just love his background, his presence, his personality. He's a black soldier, so that's a great obstacle for him to have to overcome as the war goes one. He too didn't actually exist, but it was people like him who ended segregation. There's a lot of divisions there. It was really his job as a character to illustrate that particular division, but there's a lot of facets to his history and his personality that I'm really proud of.

Maynard: Well, thank you very much sir. Any closing remarks? Anything you wanted to say that I didn't give you the chance to?

Krantz: Well, I'm still in the process of putting the finishing touches on my second book, which is a sequel, and I've already started writing the third. They'll eventually be published as a trilogy. My goal was… well, this all started as a quest for my own knowledge. This book is an extension of my own search, and I learned a lot by writing it. I think that the years from 1945 to 1953 were the most important and least appreciated years in American history. The world changed then, and we're still feeling the effects of it today.

So, what I'm hoping is that with "Divisions" and eventually the rest of the trilogy, others may be introduced to history that's mostly skipped over in schools, and that it will encourage them to go out and do their own research, and to keep asking the same question as me – "What then?"

"Divisions" is published through TB Butler Publishing and is available for purchase via Amazon.com.