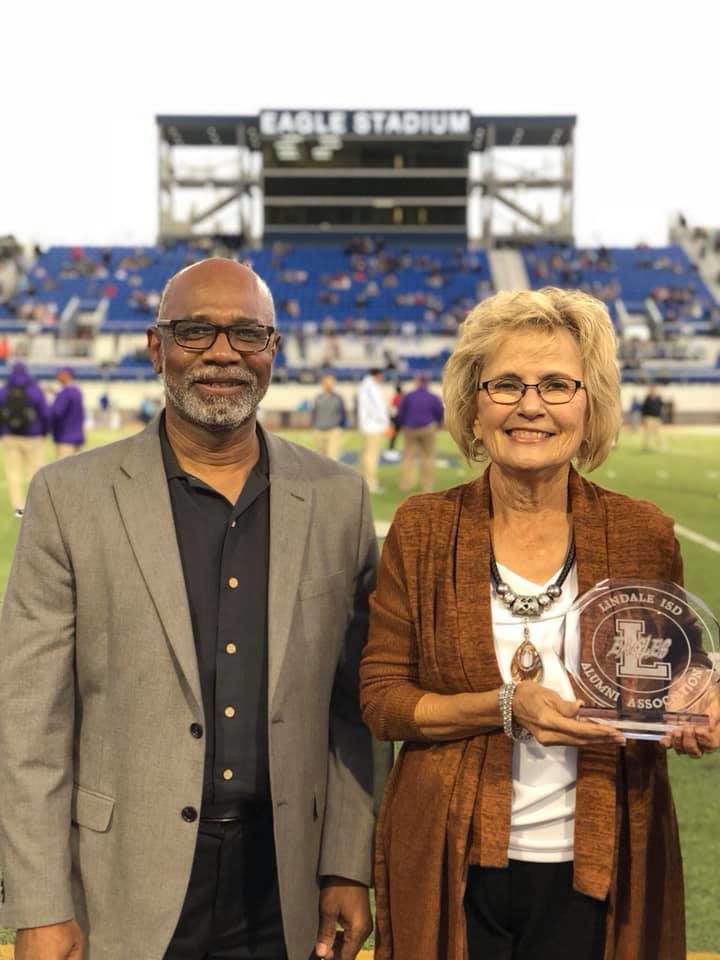 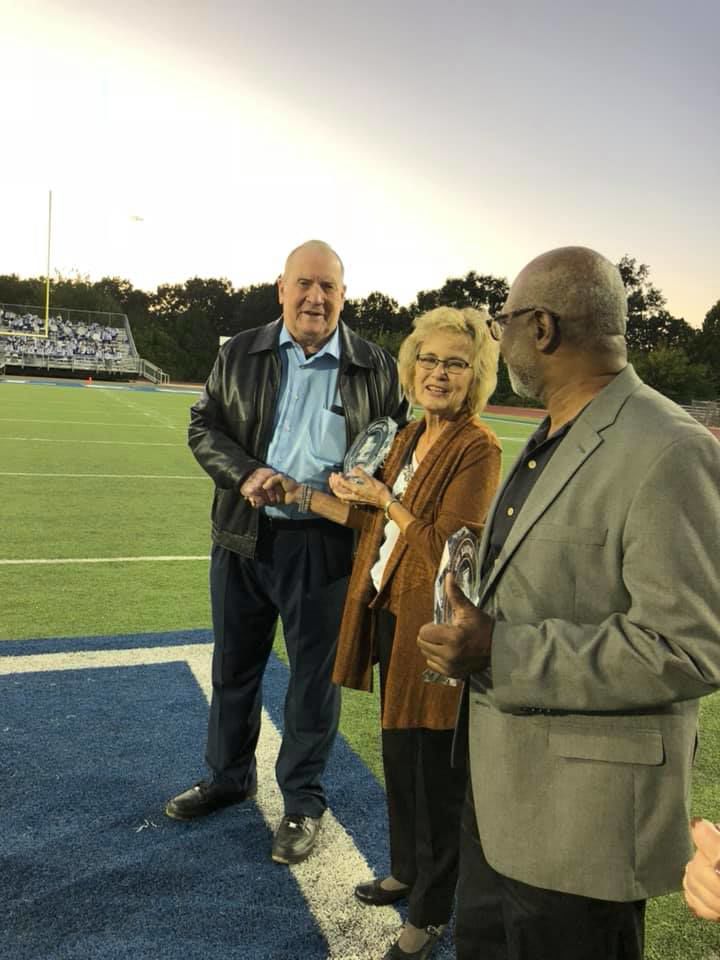 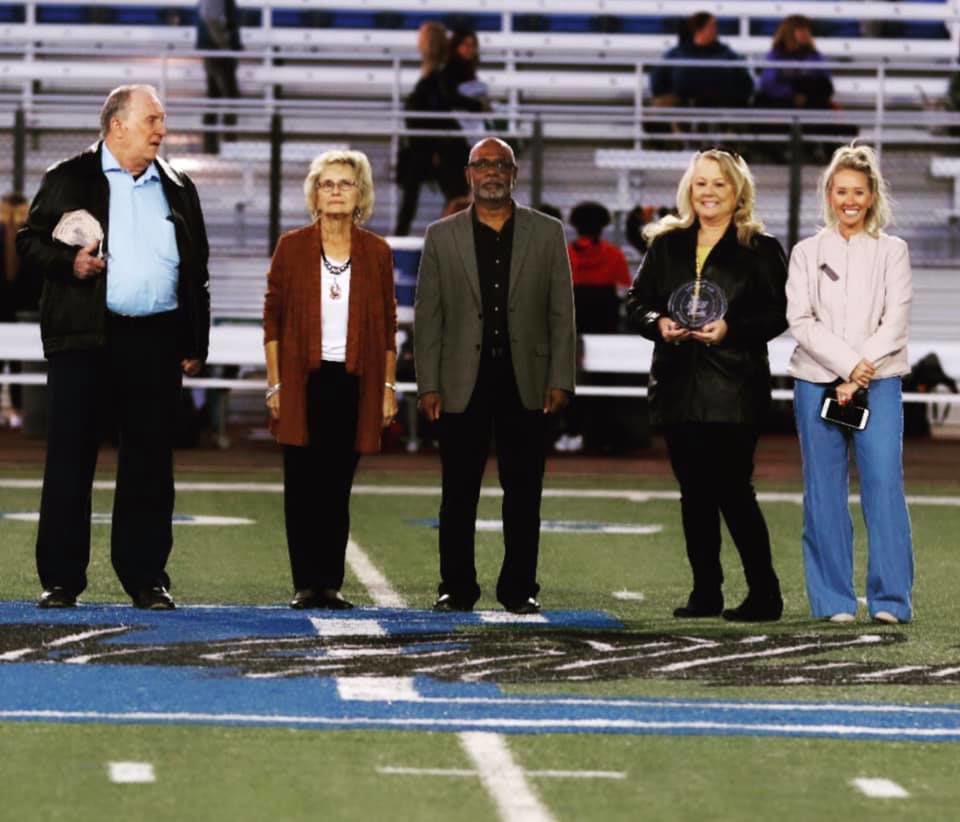 Two people were honored for their achievements and service to the Lindale Independent School District community during the homecoming football game on Friday.

This year’s Distinguished Alumni Award recipient, Dr. Larry Daniels, graduated in 1973. While at Lindale High School, he was an honor roll student and athlete. He lettered as the starting quarterback for the Lindale Eagles his junior and senior years. He also played baseball and basketball and ran track.

Daniels attended Wiley College in Marshall and the University of Texas Medical School at Houston, where he obtained his medical degree. He is licensed to practice medicine in Louisiana and Texas. Currently, he is a family physician in Shreveport, Louisiana. Daniels is passionate about serving low-income, indigent and medically underserved communities in Shreveport.

He hopes to work with local health care, educational institutions and social agencies to develop a Center of Excellence in Primary Health Care and Minority Health Education.

The Distinguished Alumni Award is given annually to a Lindale High School graduate whose achievements, strengths of character and citizenship serve as a model to inspire and challenge current students.

The Alumni Association also bestows a Distinguished Service Award for those who have served Lindale ISD. This year’s recipient, Peggy Alexander was a teacher at Lindale Primary School and served as the director of Special Education Services at Lindale ISD before retiring in 2014. She spent 34 of her 44 years in education at Lindale.

The Distinguished Service Award is given to a former faculty member or other individual whose outstanding service greatly contributed to the success of the Lindale Independent School District.

“But God demonstrates his own love for us in this: While we were still sinners, Christ died for us. “