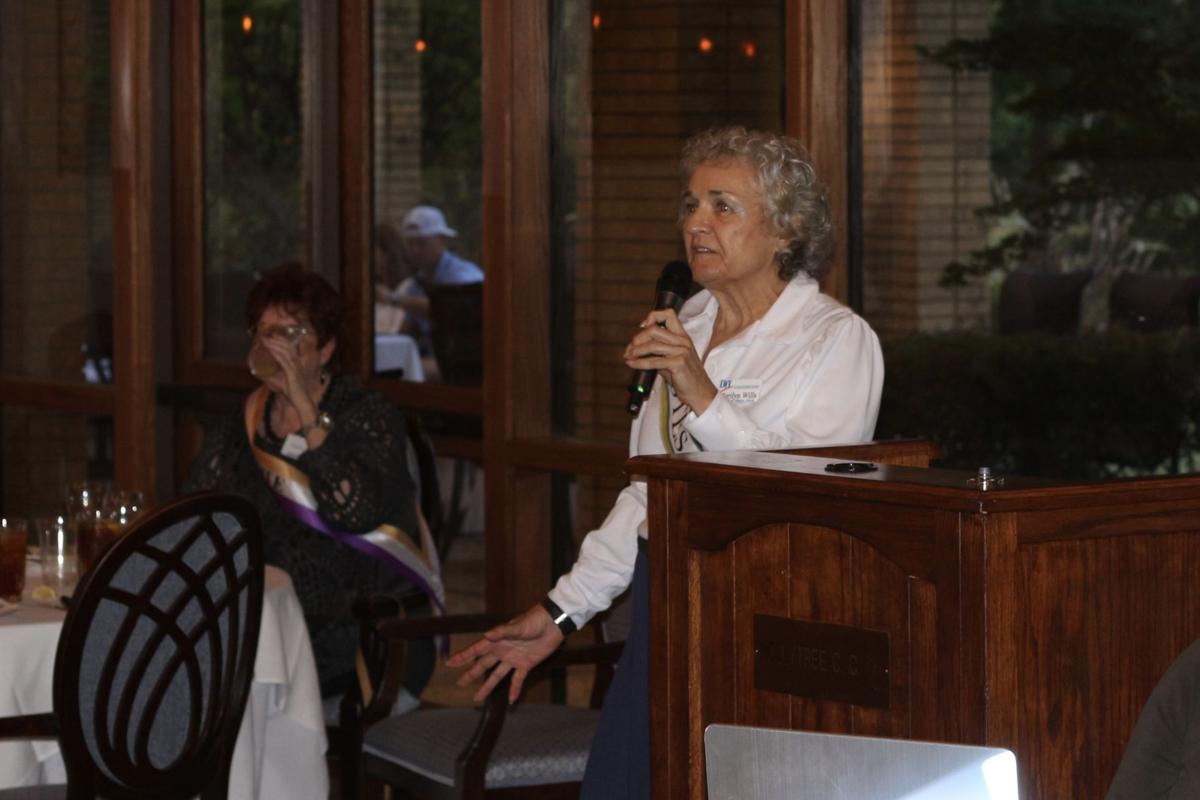 Marilyn Wills, the president of the League of Women Voters of Tyler/Smith County, speaks at an event on Friday celebrating Women’s Equality Day. 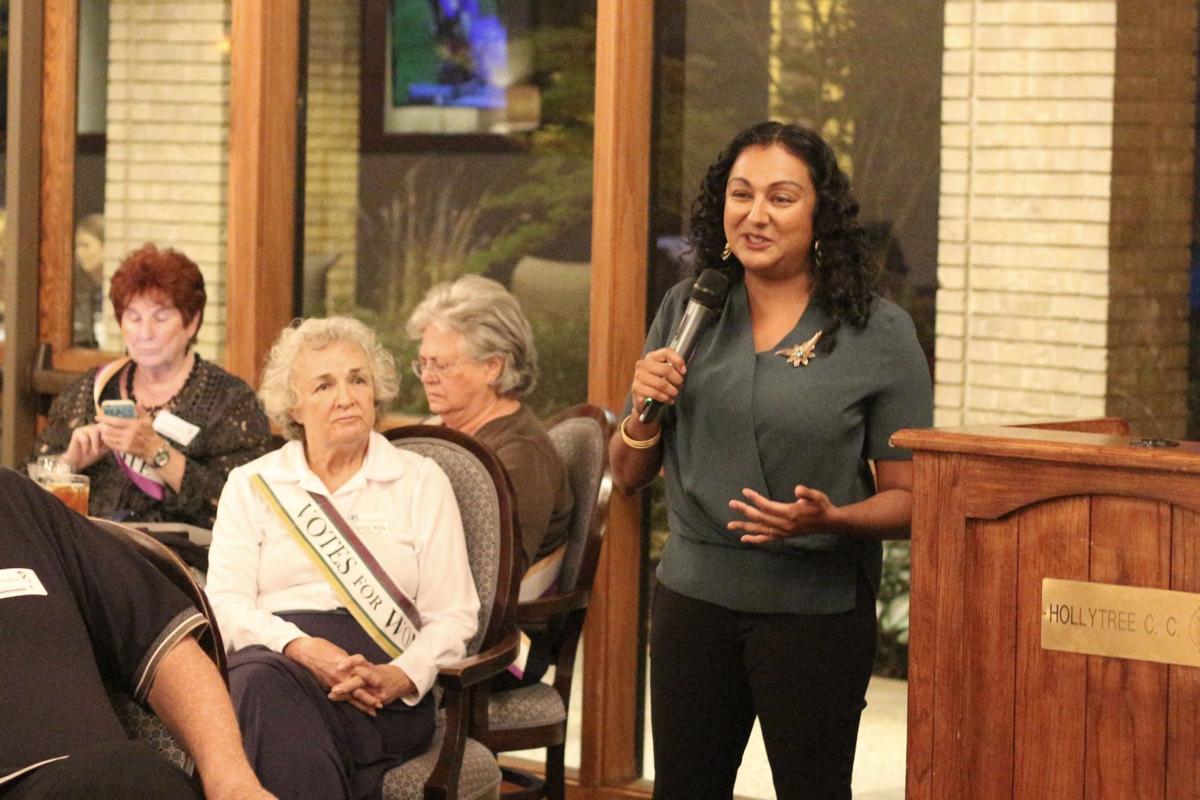 Marilyn Wills, the president of the League of Women Voters of Tyler/Smith County, speaks at an event on Friday celebrating Women’s Equality Day.

Nationwide women’s suffrage started in 1848 when five women started talking at what would become known as the Waterloo Tea Party.

They laid out issues that needed to be improved for women, like divorce rights, and then added voting rights. They realized that none of the other issues would be improved if they couldn’t vote.

That was part of the story that Marilyn Wills, the president of the League of Women Voters of Tyler/Smith County, told to a crowd of 130 people at Hollytree Country Club on Friday night in celebration of Women’s Equality Day.

The Civil War from 1861 to 1865 interrupted the movement, she said. Later, the 13th, 14th and 15th Amendments that came during Reconstruction extended voting rights to black men but not to women, causing a rift.

Then, the 1876 Texas Constitution excluded “idiots, lunatics, paupers, felons and women” from voting, Mills said. “There is so much wrong with this statement, but you can imagine then how the Texas women would feel.”

Prior to the 19th Amendment being ratified, Women in Texas first voted in a primary in 1918, after a woman negotiated with a political candidate, leading 386,000 women to register to vote in two weeks and defeat that candidate’s opponent.

In Smith County, Mary Louise McKellar Herndon is known as the grandmother of women’s suffrage. She was leader in the Women’s Christian Temperance Union, a group that believed families could be improved if prohibition of alcohol passed.

Her daughter, Elizabeth Herndon Potter of Tyler, continued the movement. She was a divorcee following in the footsteps of her mother, who had been a pre-Civil War graduate of Baylor University.

“It took 72 years, and it’s been 100 years since then almost,” Wills said. “Are we exercising our right? That’s a whole other conversation. The short answer is not the way we should be.”

Now, Women’s Equality Day happens every year on Aug. 26. The day started in 1971 at the behest of then-U.S.Rep. Bella Abzug, D-New York, to commemorate the 1920 passage of the 19th Amendment.

Tasneem Raja, the executive editor of the Tyler Loop, gave a keynote address on how journalism can change communities. She compared the 2-year-old news organization to a paper she started on her street as a child.

“Neighbors want to know about their neighbors, in good ways, not just in gossipy ways. ... You can actually make a community stronger, and that’s what I saw happening on my block,” Raja said.