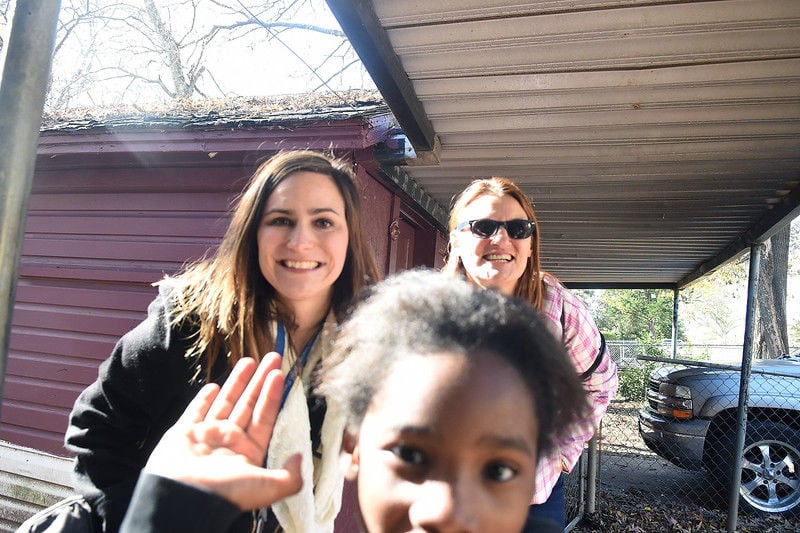 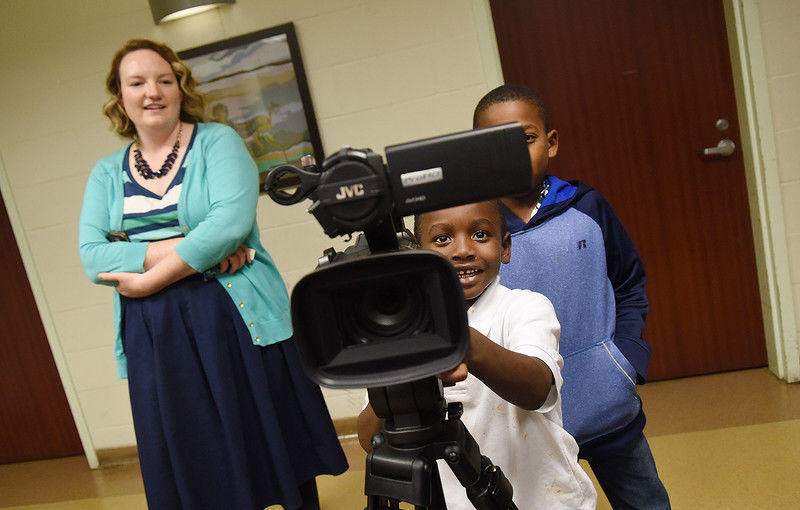 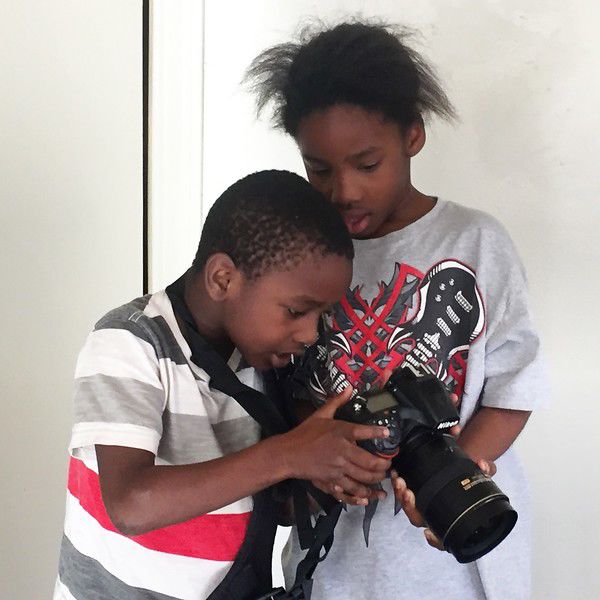 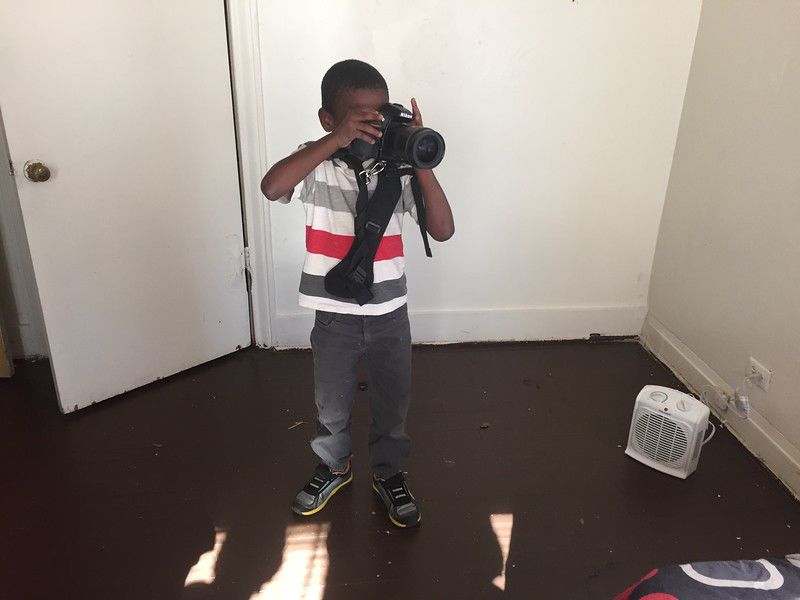 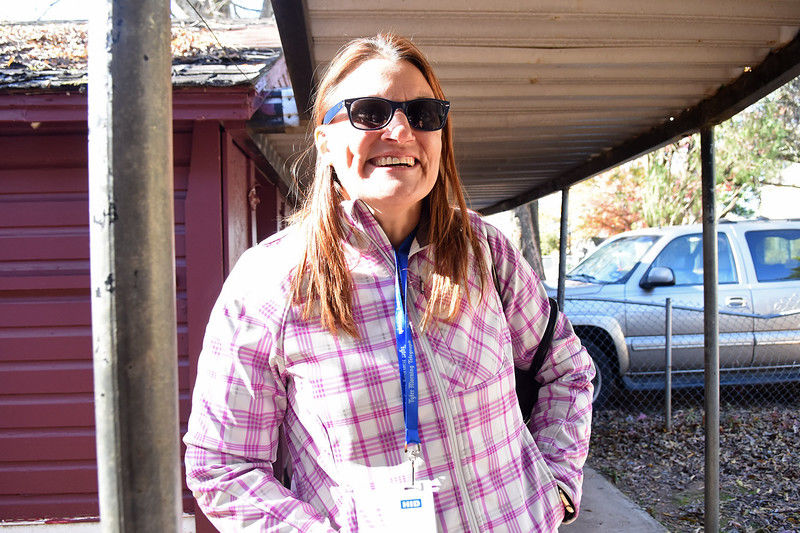 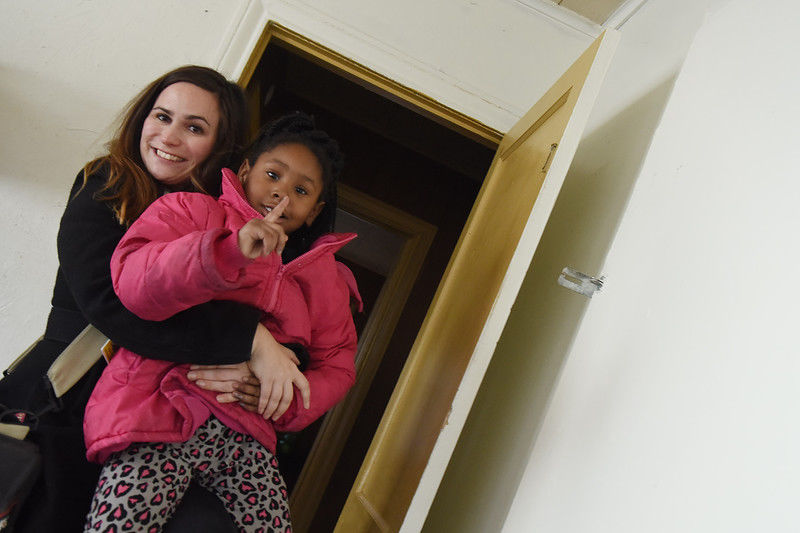 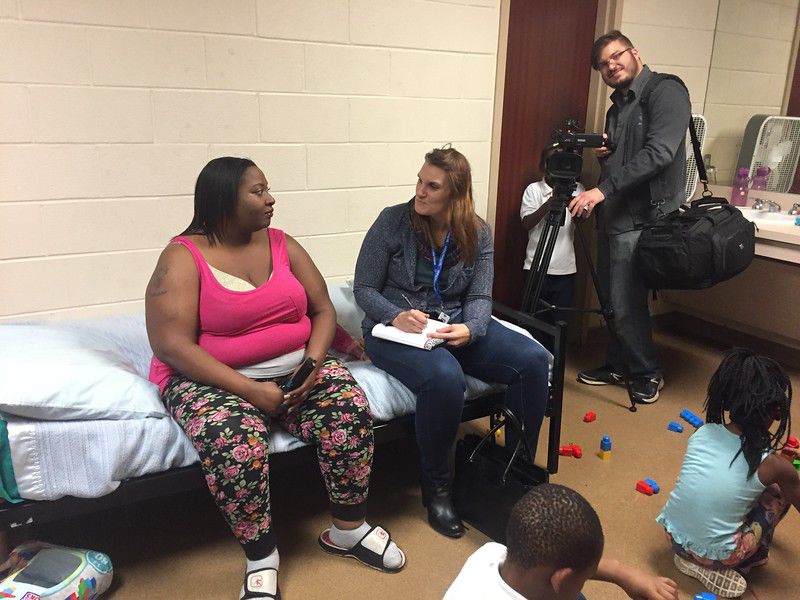 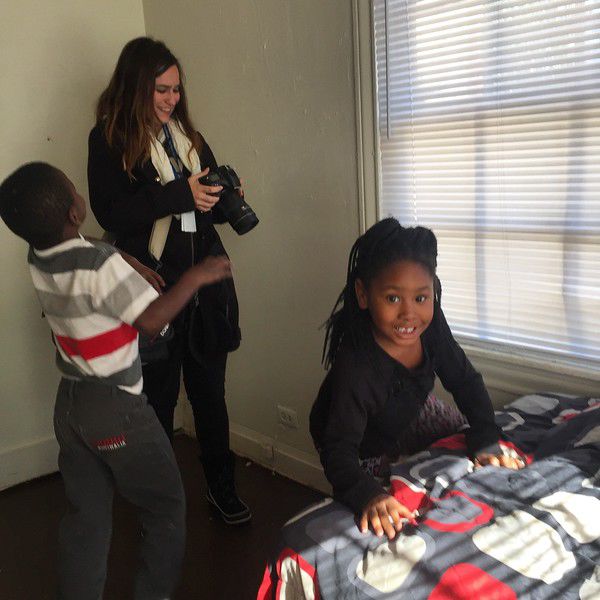 Journalists are trained to tell stories with images and words. The nature of the job requires them to move quickly from one assignment to another, and the call for impartiality also encourages them to keep a healthy distance from the people and programs they cover.

Every once in a while, though, a story stops journalists in their tracks. It touches them so deeply that they are compelled to act, to help and to, in some way, give back.

That was the case this month for chief photographer Sarah Miller and staff writer LouAnna Campbell as they worked on a story for the newspaper's Shine Your Light Community Campaign.

In the process of reporting about The Salvation Army, one of this year's Shine Your Light recipients, the two met Chevon Andrews and her five children, who were staying at the shelter.

From the moment of their interview at The Salvation Army, the group had a connection.

The children took pictures of the newspaper's staff and stood behind the video camera to see how it worked.

One of the children even told Ms. Miller, "I want to be a cameraman. I want to grow up to be just like you."

"He just seemed really sincere about it," Ms. Miller said of the child's statement. "And his pictures actually were good. He was kind of showing his siblings, you're not doing it right. This is how you do it."

But it wasn't just the children who affected the staff. The more they learned about Ms. Andrews' story, the more it resonated with them as well.

Ms. Andrews had a job and a house, but had to move out of the latter after a problem regarding a sublease.

Though she initially wanted to avoid The Salvation Army and planned to pay for a hotel, a friend encouraged her to go to the agency because employees there could help her get into a house.

Once there, she was placed in the Rapid Rehousing Program and followed the necessary steps and adhered to the rules.

"She was willing to follow the program," Ms. Campbell said. "It's hard, because there are a lot of rules there, but if you follow them and you're making attempts to get through it, you're (going to) be successful. I guess that's what struck me is that she worked through this program with five kids."

Ms. Miller said she was amazed by how fast Ms. Andrews' recovery has been. After five weeks at the shelter, she moved into a house.

So many other people would just struggle for a long time and be afraid to ask for help, Ms. Miller said.

"She took such a proactive approach and (was) willing to share her story," she said.

As they learned about the family, Ms. Campbell and Ms. Miller decided to contribute in their own ways.

Ms. Campbell had an entry-level digital camera she decided to give to the child who liked photography.

After posting photos on Facebook of the children playing with the camera, Ms. Miller had several people donate money to her for the family. She plans to buy camera accessories, a lens and memory cards.

Editors at the paper contributed a Christmas tree, children's items and toys for the family as well.

"I just feel that she's a hardworking woman who just could use some extra help and maybe just some help for herself," Ms. Campbell said. "I think a lot of times at Christmas, we focus on kids and I think for me, I want to help her. I want her to have some nice things as well."

Ms. Miller said as a photographer she gets into people's lives during her assignments.

Because of that, she sometimes likes to give people prints of the photos she took, and sometimes sends them Christmas cards "just to keep in touch and let them know that they were more than just a story in the newspaper, that I still think about them."

"I've just always been really interested in social issues and the work of nonprofits," Ms. Miller said. "I've always been interested in documenting how people live differently, live on the edges and how they make it work or don't."

Ms. Miller said doing stories like this one should help take away the stigma of asking for help, something Ms. Campbell would like to see as well.

"I think the stigma of it has to go away," Ms. Campbell said. "Reaching out for help at a place that is available for help should not be looked down on."

Dawn Franks, president of Your Philanthropy and a Shine Your Light committee member, said these stories help people learn more about the nonprofit organizations and personalize their work.

"It puts faces on numbers of those who served," Ms. Franks said. "It directly connects our giving to individuals and families. It makes our giving meaningful and connects us to the difference we are making."

Profile stories about this year's Shine Your Light recipients ran in the Tyler Morning Telegraph through Dec. 24 and are online.