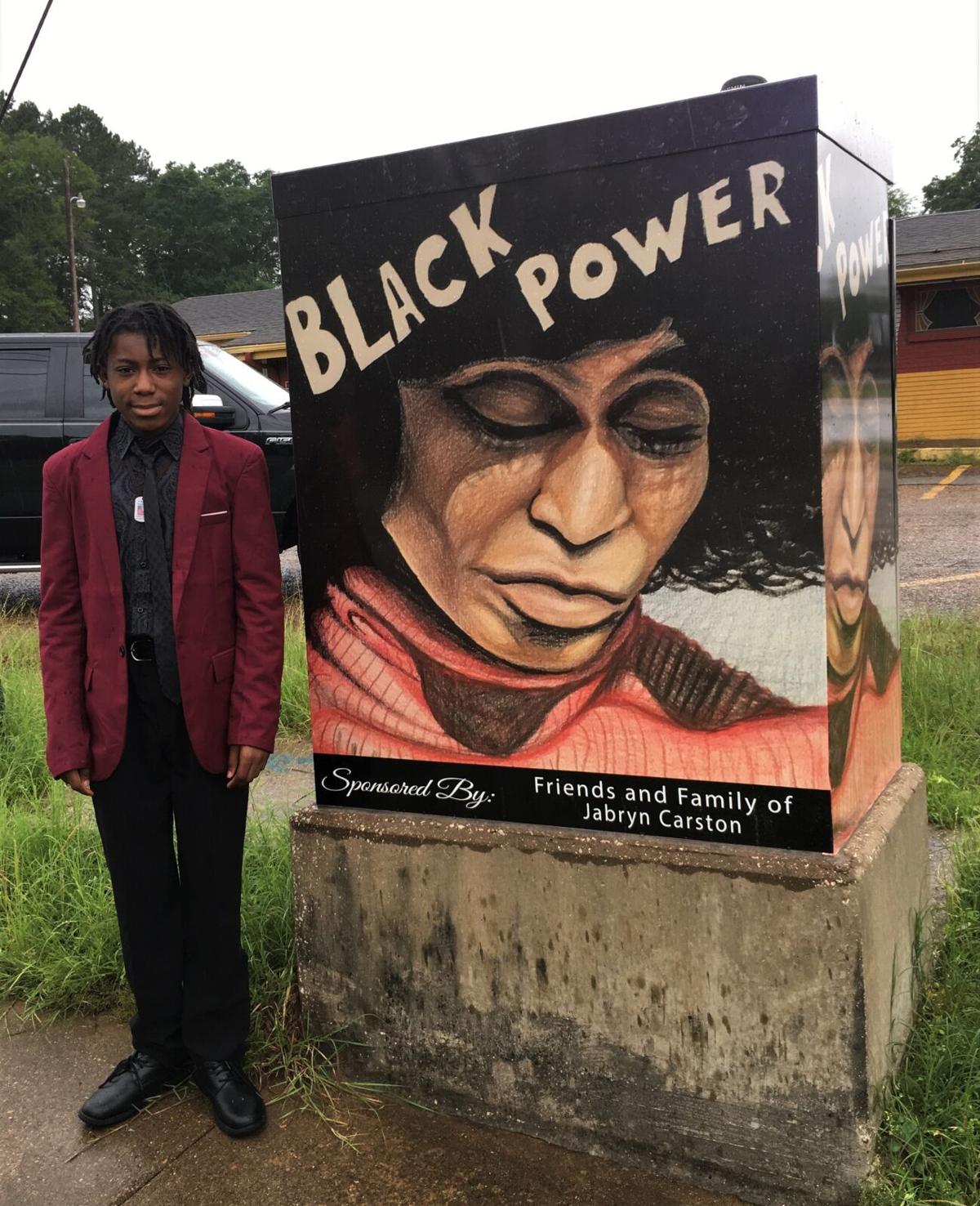 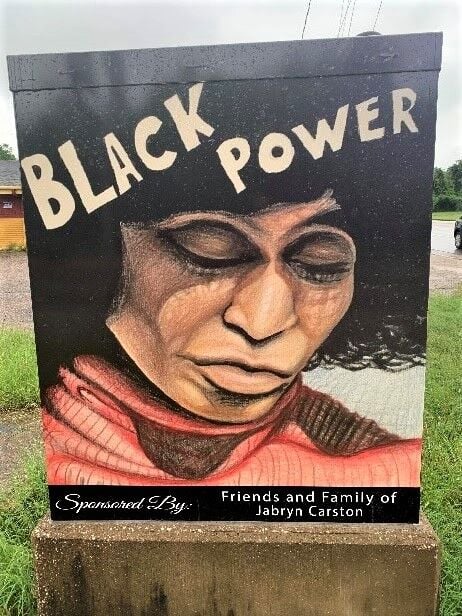 Jabryn Carston, a 13-year-old student at Tyler ISD’s Caldwell Arts Academy, created a design for the Beauty and the Box program that shares a powerful message.

The art on the traffic signal box, located at US Highway 271 and East Martin Luther King Jr. Boulevard in Tyler, depicts American political activist Angela Davis with the words “Black Power” written at the top. Jabryn said these words basically mean “the power we have.”

The Beauty and the Box program started in 2016 as a way to show support to local artists, according to the city of Tyler Parks and Recreation department. Artwork submitted is taken and turned into a vinyl wrap to cover the boxes.

Davis is an inspiration because she’s a big figure of the Black Power Movement and the Civil Rights Movement, Carston said. This is a big reason why he chose to include her in his design. Art is a way to share messages, and advocating for movements such as Black Power is something he wants to be able to do more through his art, he said.

“I just hope that people see that Black power and white power aren’t the same thing,” Jabryn said. “That’s mainly what I want them to see.”

Jabryn’s mom Elandria Carston said another local artist, Daryll Phillips, reached out to her son with the idea to get his art out there by designing something for Beauty and the Box. His reaching out is what set things into motion. After finding out about the Beauty and the Box program, Jabryn came up with the design for the box all on his own, his mom said.

In order to have his art displayed on one of the traffic signal boxes, they had to find sponsors, she said. Jabryn’s friends and family became these people, giving him the opportunity to share his art with the community.

“We started raising the money, and we raised it within two hours,” Elandria Carston said. “We were excited about that.”

There was some negativity about his art, but positive words were said as well, Jabryn Carston said. Despite some hurtful criticism, his favorite part is still getting to hear others’ opinions about his work.

Having his work shared by the city of Tyler for others to see feels good, he said.

Those interested in either sponsoring a box or submitting artwork to the Beauty and the Box program can call (903) 531-1335.