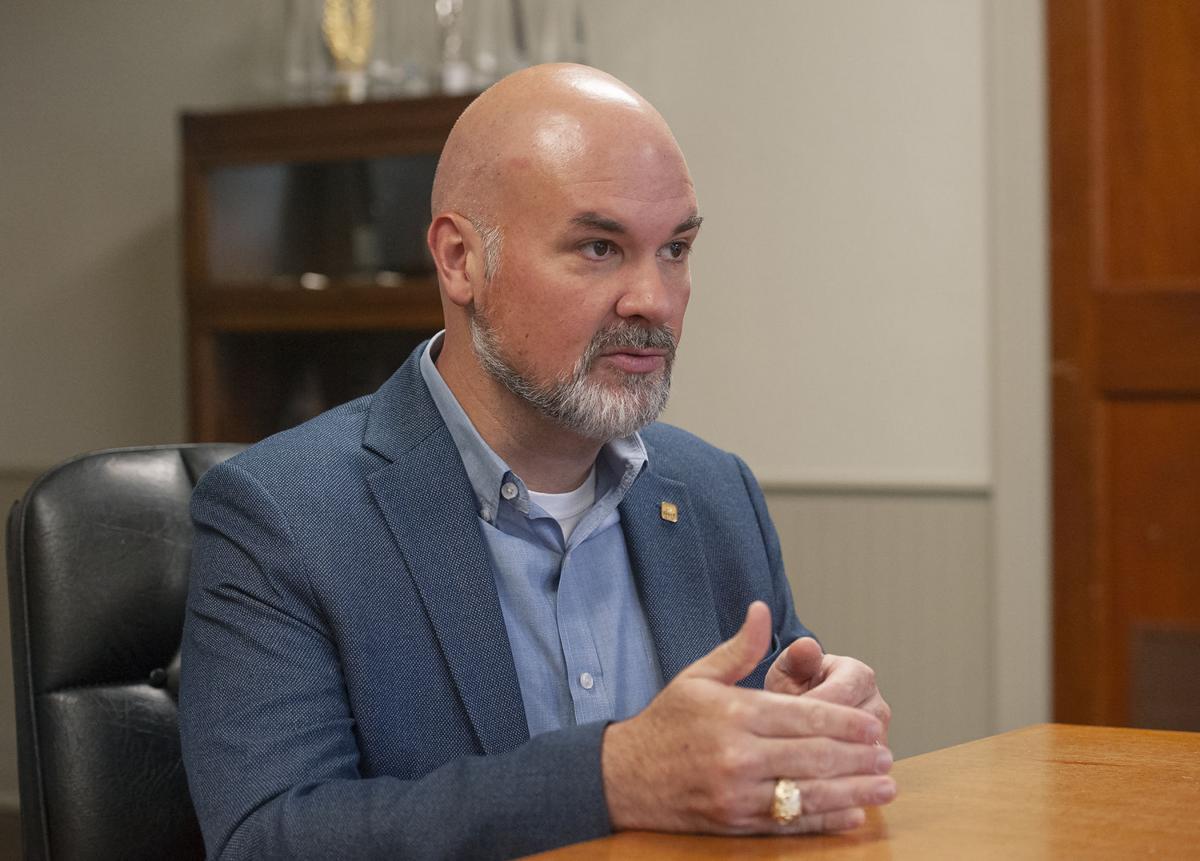 Tyler City Manager Edward Broussard speaks on Thursday about the city’s decision to close Harvey Convention Center as an investigation into a Legionnaires’ disease outbreak continues. 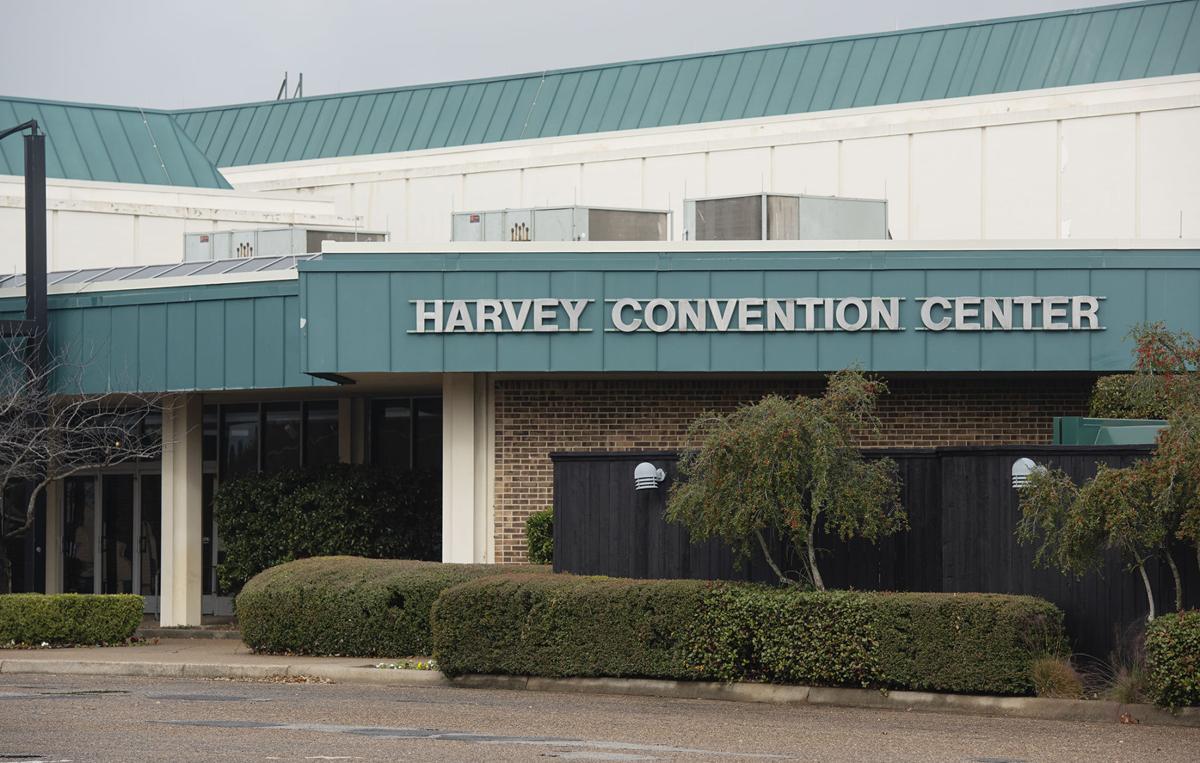 Harvey Convention Center was closed on Thursday as the investigation into a Legionnaires’ disease outbreak there continues. 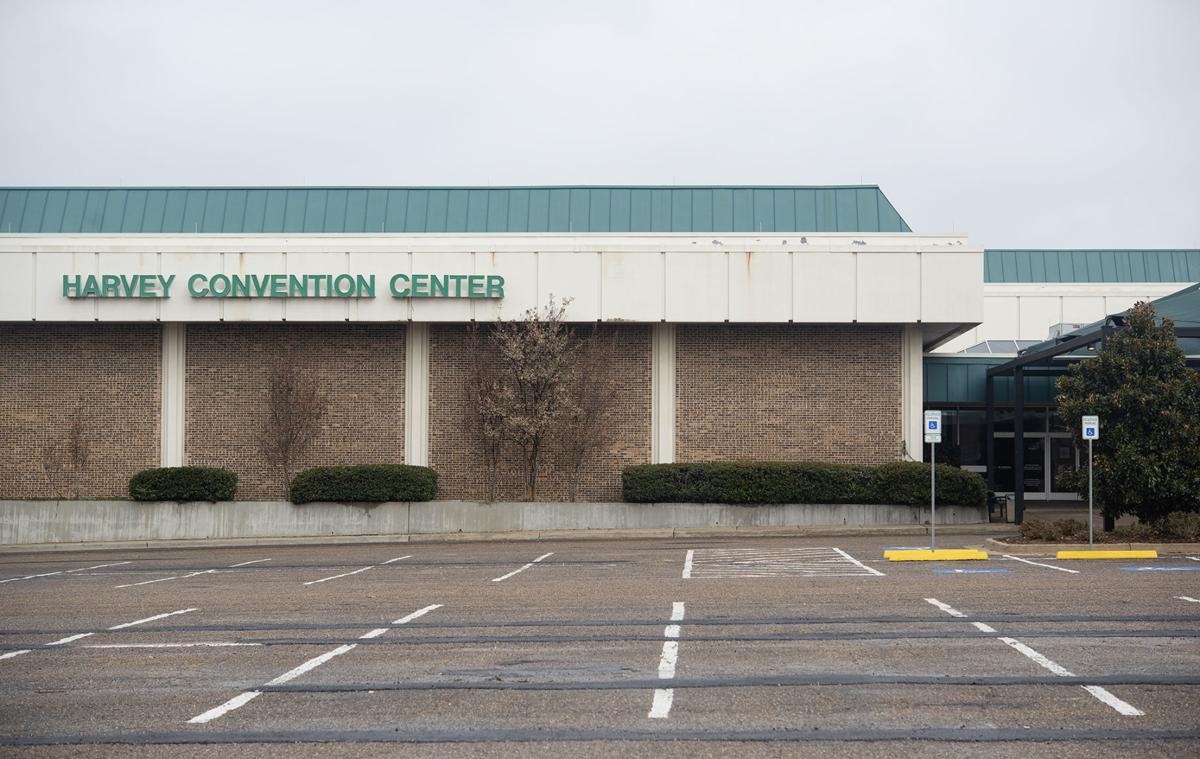 Harvey Convention Center is closed on Thursday, Nov. 21, 2019 after the city of Tyler made the decision to close the facility as the investigation into a Legionnaires’ disease outbreak there continues. (Sarah A. Miller/Tyler Morning Telegraph) 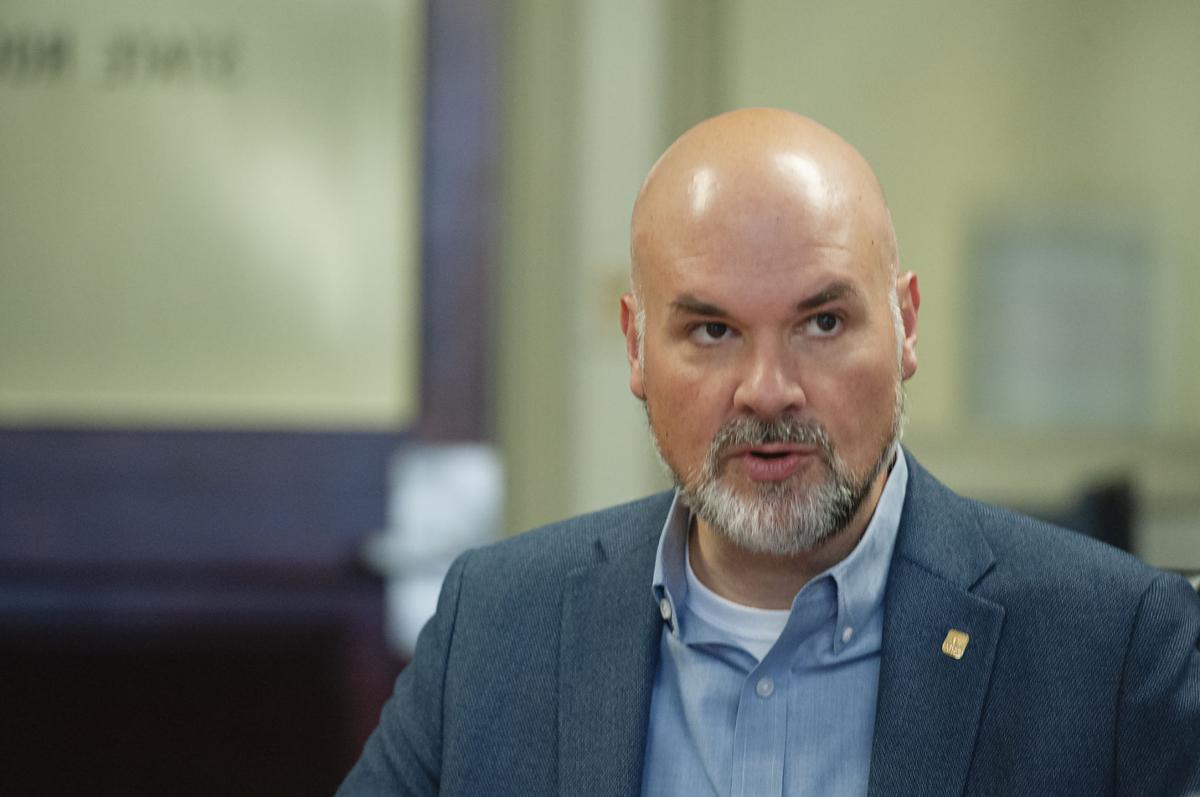 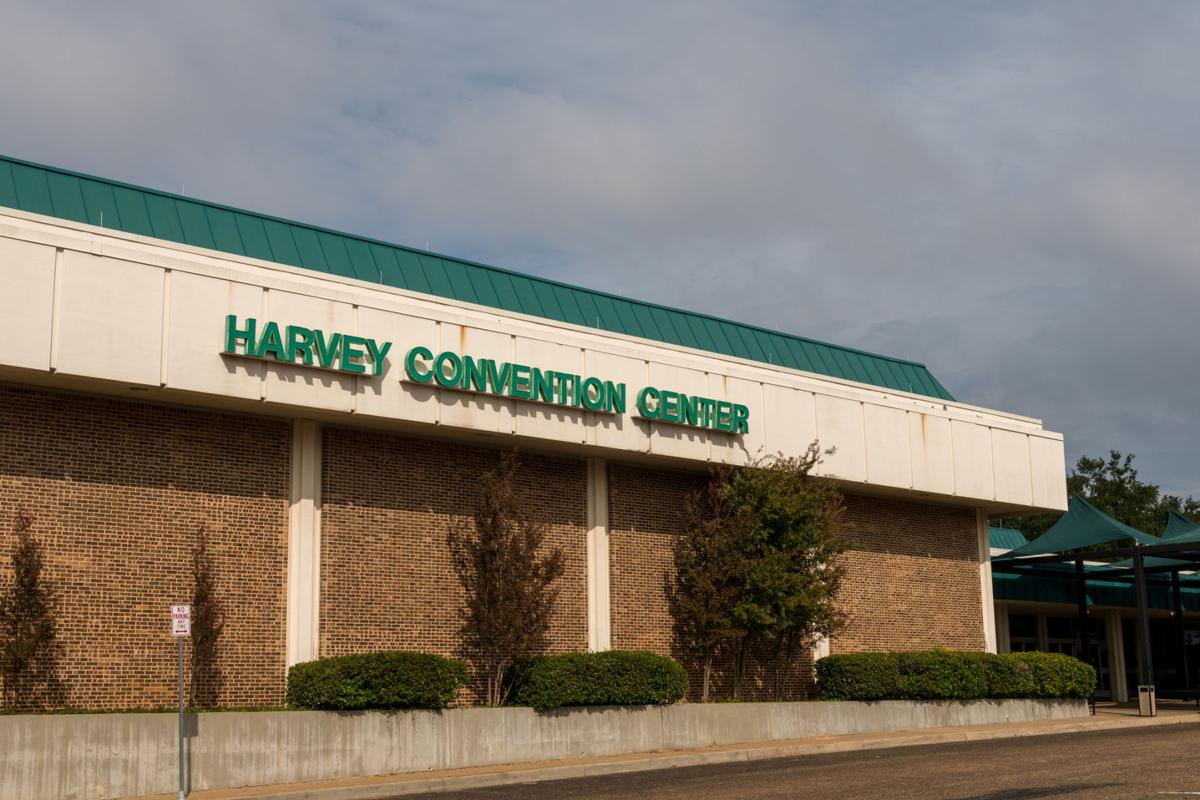 Harvey Convention Center on Fair Park Drive in Tyler will be replaced with a new conference center south of its current location. (Cara Campbell/Tyler Morning Telegraph)

Tyler City Manager Edward Broussard speaks on Thursday about the city’s decision to close Harvey Convention Center as an investigation into a Legionnaires’ disease outbreak continues.

Harvey Convention Center was closed on Thursday as the investigation into a Legionnaires’ disease outbreak there continues.

Harvey Convention Center is closed on Thursday, Nov. 21, 2019 after the city of Tyler made the decision to close the facility as the investigation into a Legionnaires’ disease outbreak there continues. (Sarah A. Miller/Tyler Morning Telegraph)

Harvey Convention Center on Fair Park Drive in Tyler will be replaced with a new conference center south of its current location. (Cara Campbell/Tyler Morning Telegraph)

The city of Tyler said the initial investigation of a Legionnaires’ disease outbreak pointed to hot tubs in Harvey Convention Center during the East Texas State Fair as the most likely source of the contamination.

The city has closed Harvey Convention Center out of an abundance of caution and was meeting Thursday with contractors to begin the process of getting workers lined up to remediate the plumbing system at the facility, City Manager Ed Broussard said.

He detailed what the city knows of the investigation and the steps it is taking on its own during an interview with the Tyler Morning Telegraph on Thursday.

Broussard said the city was initially told by the Northeast Texas Public Health District that Harvey Convention Center was ruled out as a possible source of contamination in October.

“We were (first) notified back on Oct. 25 ... when the CDC and NET Health came over to take their samples; that’s when they alerted us that there was Legionnaires’ disease that had been detected by people who utilized the facility and that it seemed to concentrate around the fair time,” he said. “In ensuing conversations it centered on the hot tub expo that was done there at Harvey Hall and contact with it, and being around that kind of thing.”

Broussard said they believed that is how the Legionella bacteria was spread, but now the question has become whether cross-contamination has occurred and if it continues to have a presence in the facility’s plumbing systems.

Tests have not conclusively identified any source of contaminated water, even though the hot tubs were a focus of the investigation.

The city was told this week that there was a very low possibility that issues with the plumbing system could actually have been a factor, which prompted the decision to close the facility, Broussard said.

“In a meeting we had (Wednesday) with (NET Health), it was discussed with us that there was a potential that the Legionella bacteria could be present within the Harvey Hall system,” Broussard said. “Prior to this we had an understanding that there was no risk, there had been no outbreaks prior or after the fair.”

Broussard said that while city officials were told the facility did not have to be closed, NET Health commended them for taking proactive measures while testing continues.

“When we were told that the potential exists, that set off a radar that even if there is a low risk, that’s too high a risk for us, and (we) need to go ahead and step up and take action to ensure that that building and facility is safe and secure for anyone who is utilizing it, including our own staff,” Broussard said.

Broussard said they were not made aware of the option for remediation of the pipes until Wednesday’s discussions with NET Health, which is contracted to handle duties akin to typical health departments for the city. The possibility of contamination remaining is due to the layout of the older plumbing at the facility, which has dead ends where water can collect. The facility that will eventually replace Harvey Convention Center will have a looped plumbing system, allowing for continuous flow of water, he said.

“I believe the public can be confused because we were confused. We don’t like to live in a state of confusion and we don’t like for our citizens to,” he said. “So for us, even though the investigation is not complete, it is best for us just to go in there and do a remediation of the pipes in there so we can (know) there is … 100 percent certainty that there is no health risk in the facility.”

They hope to have the process complete in time for Mistletoe and Magic to begin setting up on Nov. 30, Broussard said. The Market that was scheduled for this weekend was offered use of the Rose Garden Center, but the space was not adequate for its needs. The city hopes to have more details about a timeline for reopening Harvey soon.

“We will be working with them to see what kind of contingency plan we can put into place, because with this amount of unknowns at this time we can’t say with 100 percent certainty it will be taken care of with the first cleaning, which takes three or four days, it looks like,” he said.

Terrence Ates, a spokesman for NET Health, said in a prepared statement to the Tyler Paper that the organization had no new information beyond what the city released on Wednesday night, and are awaiting the reception of test results from the most recent water samples sent to the Centers for Disease Control.

The CDC is the government body responsible for testing the water samples for contamination.

Ates said residents can find more information about Legionnaires’ disease and how it is spread at MyNETHealth.org.

Broussard also said no city employees who work in Harvey Convention Center have contracted the disease.

The cost of the remediation of plumbing at Harvey Convention Center will likely be paid for through Hotel Occupancy Tax funding, and will have to be approved by the City Council if the cost is more than $50,000.

Broussard said the convention center that will replace Harvey will not allow use of hot tubs and other devices that can aerosolize water.

“If any facility presents a danger we are going to move mountains to make sure that gets taken care of,” he said. “We take that very seriously, and will do anything we have to do.”