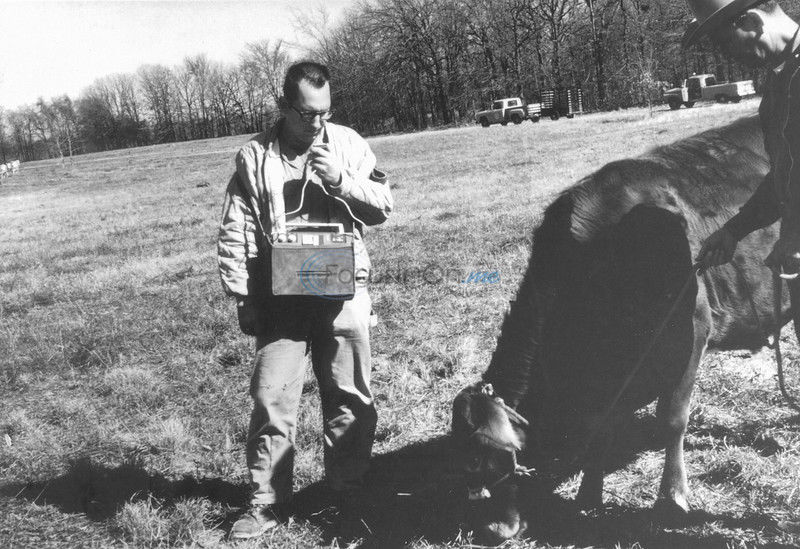 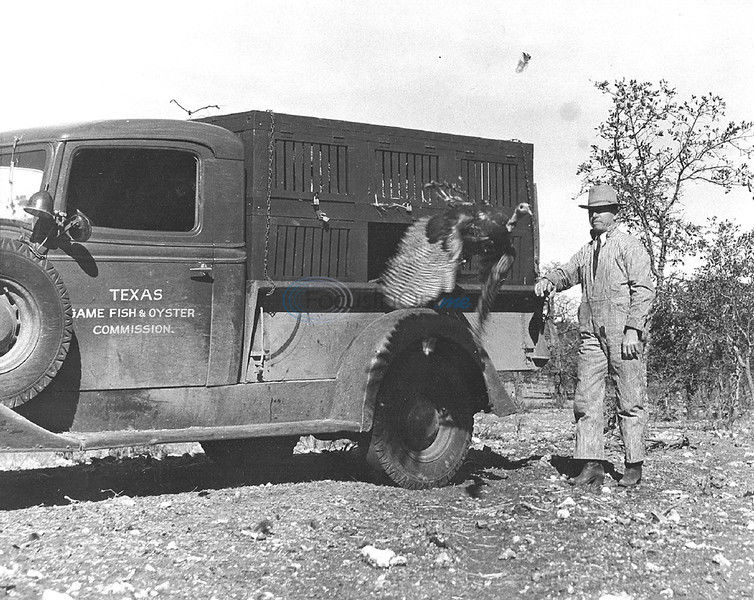 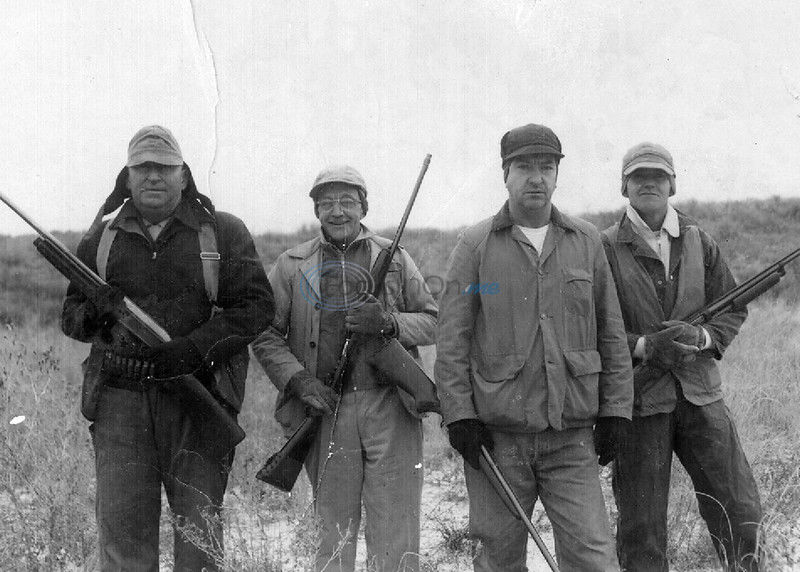 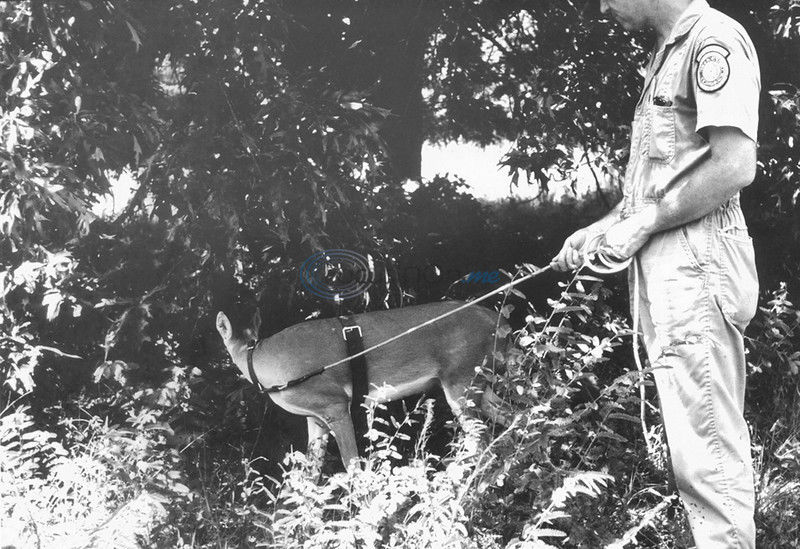 he story of the 1963 merger of the Texas Park Board and the Game Fish and Oyster Commission supposedly got its start with a Hill Country dove hunt that happened sometime in 1956 or the early 1960s, depending on who tells the story.

History claims a trio of wardens, including one Grover Simpson, came upon three hunters along with their bartender in the field. Watching as the three scrambled into their car, Simpson went for a closer look and found himself facing Blanco County Judge A.W. Moursund, Johnson City banker A.W. Stubbs and a third man who worked hard not to be identified.

According to an oral history given by Simpson in later years, he continued his effort to identify the third man until finally saying to Moursund, “Judge, who’s this damn big-eared (expletive) sitting here in the front seat.”

The man, history says, was Lyndon B. Johnson.

After the three raced off without having their game bags or vehicle searched, Simpson attempted to file a case with the local justice of the peace, only to be called the next morning and told not to make the drive to court because the trio had flown to Washington.

In a later interview with another reporter, Moursund denied Simpson’s version of the story saying LBJ was not there that day, and if he was the warden never called him big-eared.

Either way, the incident created a rocky career for Simpson, who Johnson reportedly attempted to have fired or transferred. Simpson retired from the agency in 1982 after 34 years on the job.

For what is now Texas Parks and Wildlife Department, it is said that day led to the two agencies becoming one in 1963 after Johnson, unable to get Simpson fired, threatened to cut federal funding to the state agency.

Claiming the Park Board was in disarray, then-Gov. John Connally, a Democrat at the time and Johnson supporter, combined parks under the Game, Fish & Oyster Commission. He also named Moursund a member of the new Texas Parks and Wildlife Commission.

The merger wasn’t popular with hunters and fishermen who feared money from license sales would be used to fund the beleaguered parks division, but the two remained separate with license fees going into one fund to support wildlife and fisheries programs and parks funding coming from a separate fund, which was initially supported by entrance fees, in-park purchases and a penny-a-pack tax on cigarettes.

Carter Smith, who became TPWD’s executive director in 2007, said he believes there is truth in some version of the LBJ link to the merger.

“I am convinced of that. The merger came after that, and it appears that was a catalyst that helped propel that forward. It also dovetailed with Gov. Connally’s plan to streamline and modernize government,” Smith said.

While the Game, Fish and Oyster Commission can trace its roots to 1879 and the Parks Board was created in 1923, this year is the 50th anniversary of their becoming one.

Demographically, Texas was a much different state on Aug. 23, 1963 when the merger became effective. The statewide population stood at about 10 million, with approximately 2.5 million living in rural areas. While about the same number of people are considered rural residents today, they make up only about 10 percent of Texas’ current 26 million population.

“That really speaks to the relevance of the agency as we strive very hard toward the next 50 years,” Smith said.

In a way, much of the first 50 years could almost have been seen as easy for the department. It came during an era of unprecedented reservoir construction in the state and eradication of the screwworm that allowed white-tailed deer to flourish. Deer management became a science. Florida bass became Texas residents, and in 1983 the Texas Wildlife Conservation Act moved game and fish regulation decisions away from county commissioners and state legislators and into the hands of TPW commissioners guided by their biologists.

The merger came during the Baby Boom era when families took to the roads for vacations, including camping in state parks. Many of those were new facilities brought online through what is now known as the Connally Bond Program.

Going hunting, fishing and camping came natural. As Smith noted, even urban Texans at the time were just a generation removed from the farm and ranch. That isn’t the case in 2013.

Records at the time of the merger showed the department had 818 employees with a payroll of $3.5 million. There were 56 parks and historical sites within the system. That number at one point grew to more than 100, but has shrunk back to 95.

TPWD has had a presence in Tyler and East Texas long before the merger. One of the department’s first major projects in the area was the development of the Tyler State Fish Hatchery in 1927. Ponds on the 17-acre facility west of Tyler were sculpted using plows and mules. Much of the land was leased from the Greenbriar Peach Co., which later became Greenbriar Lake.

Although the smallest hatchery in the state system, the facility was one of the most productive, producing 2 to 3 million fish a year. The hatchery is where the department’s Florida bass program got its start. It was also the original home of the state’s ShareLunker program until it and the fish production operation was moved to the Texas Freshwater Fisheries Center in Athens in 1996.

The department’s M&R Station on Bascom Road was developed in the 1950s. It was originally built as a quail hatchery with the goal of restocking bobwhite quail in East Texas. It didn’t work. The facility also was used to rear Rio Grande turkeys and Rio Grande/Eastern turkey crosses to restock in East Texas. That didn’t work either. The final effort was pen-reared pheasant for release in Central Texas and on farmlands in Southeast Texas. That also failed.

The facility was later transformed into a regional and district office site for the department’s wildlife, fisheries and parks divisions. Its most recent transformation has been as The Nature Center, an outdoor education facility for area youth and groups such as scouts and the Master Naturalist program.

Allen Forshage, currently the director of the Texas Freshwater Fisheries Center in Athens, started working for the department as a fisheries biologist in 1970 in what could be considered the end of the Dark Ages of fisheries management in Texas. He started his career in Fort Worth, and at that time biologists didn’t get top billing in the state.

“When I first came on I was stationed in Fort Worth, in a Law Enforcement office,” he recalled.

During his tenure Forshage moved to Tyler in 1976 to become the regional supervisor before moving to Athens. Along with changing offices, he said fisheries management changed as well.

“When I first started we weren’t as science-based as we are today. My group surveyed lakes from the Red River to Waco. All we did initially was set gill nets and write reports. The only thing in those reports were recommendations to set more gill nets,” Forshage said.

The 1960s brought to an end an era of great lake construction. The few major reservoirs in East Texas still to be opened were Palestine, Fork and Richland-Chambers. It was at Lake Fork where biologists, working with the cooperation of the Sabine River Authority, made the biggest mark by creating arguably the best bass fishing lake in the country.

Jerry McRae started as a game warden for TPWD in 1968. Working his entire career in East Texas, McRae said the division has come 180 degrees from the years just after the merger.

“In a lot of cases, the law enforcement forces were financially strapped. We were limited to just $25 a month for fuel, but you have to take into account we were buying it for 18 cents a gallon,” said McRae. Still, driving gas-guzzling vehicles meant the money would often run out before the end of the month.

McRae said that the hiring procedure for the department was easier in the 1960s. Although wardens were required to take a test to clear the first hurdle toward a job, having a supporter like a legislator or county judge was a big help.

“Before I came on, I always heard you wouldn’t get on if you didn’t have a state rep backing you,” said McRae, who retired as a commander in 2007.

Change began in the 1970s at the urging of TPWD commissioners like Pierce Johnson and East Texas’s Jack Stone.

McRae said in his mind one of the most important changes in the Law Enforcement Division was its greater cooperation with other divisions, and more importantly field biologists.

“It took a lot of years of mending fences. Parks wasn’t into it, but game wardens and biologists weren’t the closest of close,” McRae said.

While fisheries and wildlife management has evolved throughout the years, it hasn’t always come as quickly as changes in the private sector. High fences and deer farming have created issues no one could have anticipated 50 years ago, and the department still struggles with them today.

Fishing tournaments, guides and high tech equipment have proliferated. They may not have changed fishing as much as deer hunting, but fishermen, both fresh and saltwater, are more efficient and that has forced the department to manage with more restrictive regulations.

Even the Parks division is struggling to reposition itself with more facilities near urban centers other than primarily existing in rural areas that offered a look at the various ecological regions of the state.

The next 50 years may not prove as easy for the agency. While the number of hunters and fishermen are about the same as they have been for decades, their percentage of the total population has shrunk. Still, hunting was an estimated $4.6 billion industry in the state in 2006. Fishing’s value was set at $4.7 billion, and since then both have experienced growth.

But the face of Texas has changed. Today’s Texas is a minority majority state with 55 percent of its population being races other than white. Not historically involved in hunting/fishing/camping-type activities, this makes TPWD’s task more difficult going forward. Also adding to the difficulty is that most state residents no longer have that ranching and farming tradition prevalent five decades ago.

“The ultimate challenge is relevance. The things that are of importance to TPWD such as stewarding our natural resources and providing outdoor recreation; how are we going to be important to a population that has become disconnected,” Smith said.

He added that while there always have been threats to the state’s natural resources, he expects them to come at a faster rate and in greater size in the future.

“There are always going to be challenges on that front, and not enough money to do what we need to do,” Smith said.