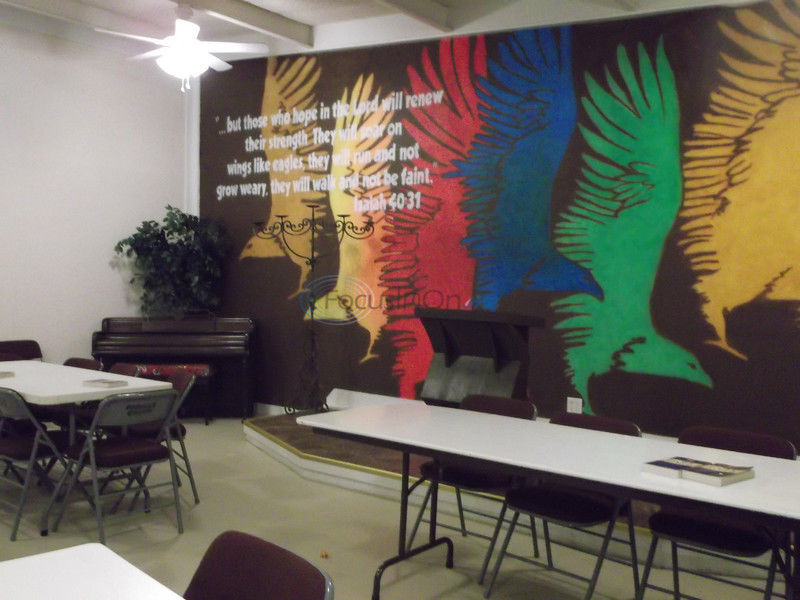 Betty Waters/Staff Art work adorns the wall of a room that serves as a chapel and a meeting place for Alcoholics Anonymous at The Chapman House. 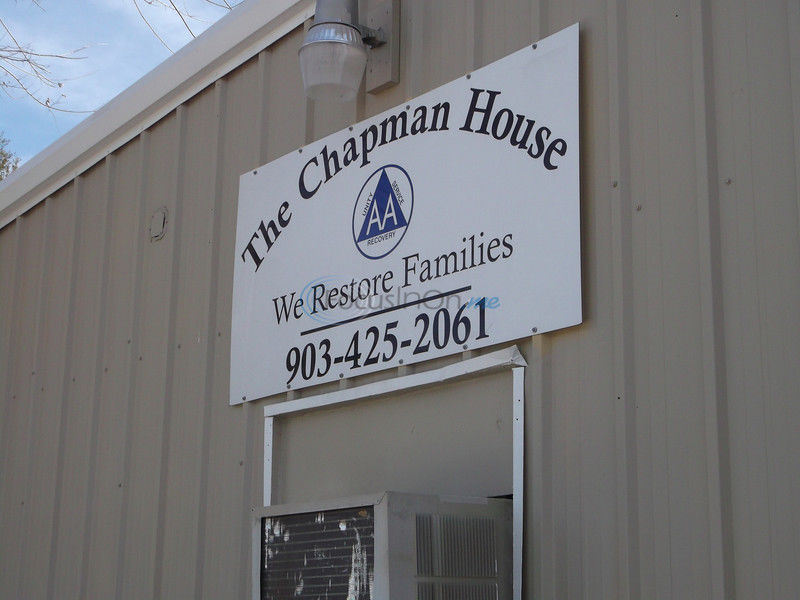 Betty Waters/Staff A new sign mounted on the front of The Chapman House announces its goal of restoring families of alcoholics and drug addicts. 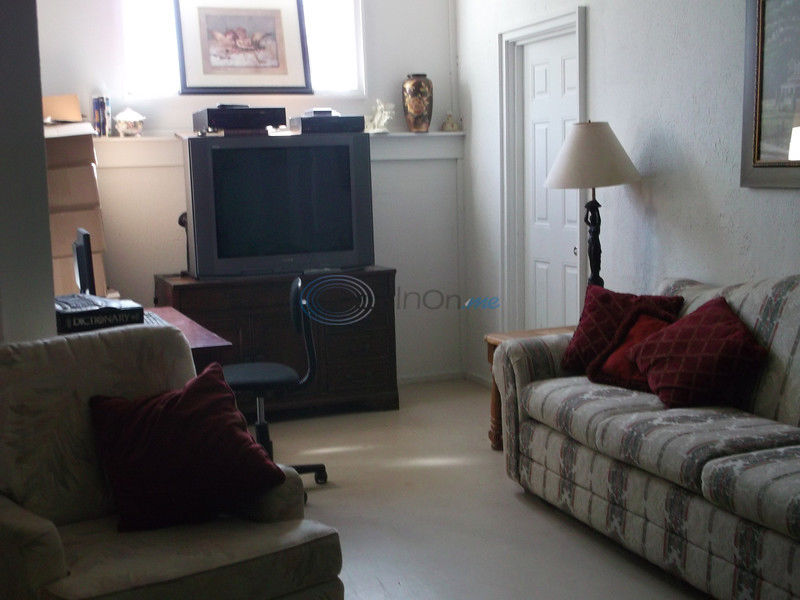 Betty Waters/Staff A room inside The Chapman House in Henderson County.

Betty Waters/Staff Art work adorns the wall of a room that serves as a chapel and a meeting place for Alcoholics Anonymous at The Chapman House.

Betty Waters/Staff A new sign mounted on the front of The Chapman House announces its goal of restoring families of alcoholics and drug addicts.

Betty Waters/Staff A room inside The Chapman House in Henderson County.

EUSTACE — An abandoned sewing factory on a back street of this small town has been turned into The Chapman House, a residential transitional treatment facility for men recovering from alcoholism and/or drug addiction.

Started almost three years ago, The Chapman House is on the verge of expanding from serving only Henderson County to having satellite facilities in surrounding counties.

Upon moving from Chicago, Kevin Chapman, who describes himself as a recovering alcoholic, and his wife, Donna, set up The Chapman House to bring men in and try to teach them the 12-step Alcoholics Anonymous recovery program.

They found a 10,000-square-foot commercial building on Oak Street in Eustace originally built as a sewing factory in 1985. It later housed a battered women's shelter. It was in disrepair.

The Chapmans purchased the old building, cleaned it and received help from volunteers and a church. They did much of the renovation themselves.

"We had to hurry and get this place ready," Ms. Chapman said, because they were getting calls from people with a family member or friend needing help.

Statistics show, Chapman said, "that Henderson County is in second place as far as the worst (county for) drug and alcohol abuse in the state. I wanted to set up a building where men without insurance could get help in an affordable way."

Mrs. Chapman said, "We are trying to help men with drug and alcohol problems. We don't take sex offenders or people who have committed violent crimes."

Chapman House can currently accommodate 35 men. Remodeling is expected to increase its capacity soon to 40 to 45.

Many of its clients are just getting out of jail, on probation or just off parole. "About half of our guys at Chapman House are under some type of court order," Chapman said.

Chapman goes into jails in Henderson and Van Zandt counties to get across to addicts that there is a better way than drugs and alcohol when they get out, and also has just started to work in Cherokee County.

A facility that could serve both women and men is being considered for Cherokee County, Ms. Chapman said. The couple also is looking at turning a 110-bed former nursing home in Van Zandt County into an extension of Chapman House, he said.

"By working with someone like Kevin, someone who's been in the (AA) program for years, they (addicts) get a better understanding that there's help," Ms. Chapman said.

Also religious based, The Chapman House has a worship service conducted Sunday evenings by pastor Bob Bell and parishioners from Pinnacle Church in Payne Springs. Other churches also assist The Chapman House in various ways, including First Baptist Church of Eustace.

Chapman House has "a 50 percent success rate," both Chapman and his wife said.

Several clients have "graduated" after a few months and gone on to get jobs and do really well after being in The Chapman House, Mrs. Chapman said.

"We have a lot of success stories and that's what makes it all worth it when you see these men come and when they leave they have a smile on their face and a job and they pay their taxes and child support and give back in society," Ms. Chapman said.

One young client who is now "clean and sober" has his own apartment, is raising his little brother and attending medical school, Ms. Chapman said.

Another graduate came as a Marine with only a suitcase, but left after establishing a landscaping business, obtaining an apartment and becoming involved in a church.

"When guys come really wanting to do better, they do," Ms. Chapman said. "I think it's by God's grace." They get a job, work, save their money and often buy a car, she added.

Chapman said Chapman House aims at getting men sober and back working where they can earn a paycheck, afford to buy groceries and be productive members of society.

"They come here and learn how to live again. Some have been on drugs and alcohol so long, their thinking is off, so they need to learn how to focus and how to live a normal life," she said. "Once they can focus and move forward, they learn to live by the 12 steps (in the AA program).

"Their priority is to work on themselves. Once they get sober and get off drugs, everything starts falling in place for them. They get jobs, get in touch with their families and reconnect. I think it's wonderful."

The Chapman House has several volunteers, including a counselor, two nurses and volunteers who answer the phone, cook meals and clean.

The Chapman House charges residents $480 a month for their food and shelter. But Ms. Chapman said guys also come with no money. "Sometimes we can take them and sometimes we can't," she said.

"This is like a safe haven to the guys and they feel at home here; we are just one big family," Ms. Chapman said. "We just say that this program restores families."

She added that her husband wants to get people back to a normal life because he knows what it's like to hit bottom.

Chapman House has a chapel, a full kitchen, laundry room, two living rooms, a food pantry and bedrooms for single men, two men and three men. It also has a small apartment for the owners.