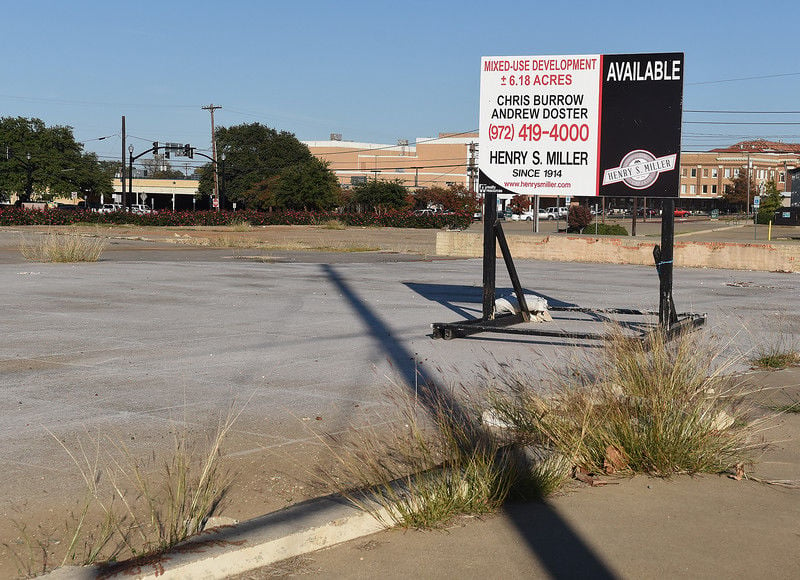 The city of Tyler purchased the former site of King Chevrolet in 2008 and 2009 for a potential downtown project. The property is waiting for the right venture. (Sarah A. Miller/Tyler Morning Telegraph) 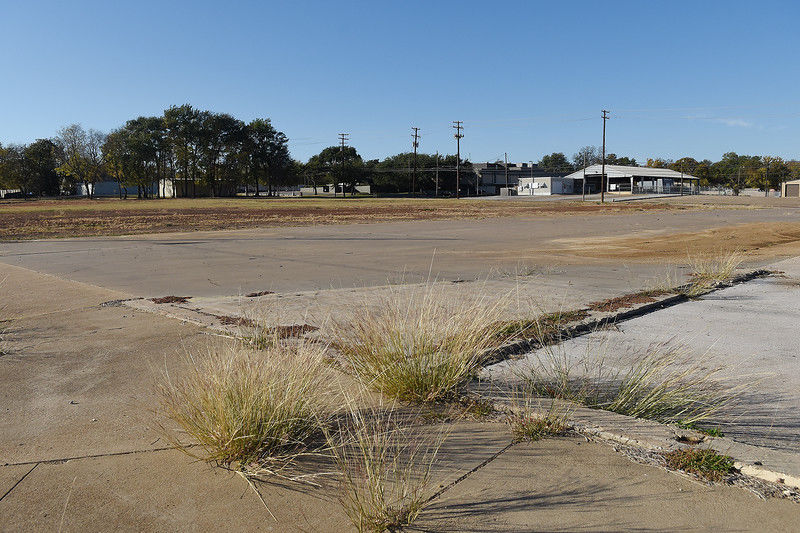 The city of Tyler sold the former site of King Chevrolet in April. (Sarah A. Miller/Tyler Morning Telegraph)

The city of Tyler purchased the former site of King Chevrolet in 2008 and 2009 for a potential downtown project. The property is waiting for the right venture. (Sarah A. Miller/Tyler Morning Telegraph)

The city of Tyler sold the former site of King Chevrolet in April. (Sarah A. Miller/Tyler Morning Telegraph)

Tyler leaders are looking for a buyer with a vision for a concrete slab across from City Hall.

The site once housed the King Chevrolet and White Ford dealerships - in the middle of a bustling vehicle district decades ago.

The city of Tyler incrementally purchased 14 parcels, just over 9 acres, across from City Hall in 2008 and 2009, with the vision of it becoming a second downtown square with mixed use properties and downtown loft apartments. The total purchase price was $2.1 million, according to city records.

The city has specific hopes for the property, which would be completed through a private developer. Those include a multi-family development, townhomes, a hotel, restaurants, retail or an entertainment venue, according to Dallas-based brokerage firm Henry S. Miller listing the property.

"The city is not interested in selling the property to recoup funds they invested in the property - they want to see economic development in downtown Tyler," said Chris Burrow, vice president of the land investment division of Henry S. Miller. "Whatever happens on that property needs to be a positive thing for downtown."

Burrow was brought onto the project about a year ago, and the firm has completed several example schematic drawings of what the property could look like, with the help of the Butler Architectural Group.

He said the proposed project would likely be a large venture. Tyler is not interested in selling an acre or two, but would split the property up for a couple projects that meet its criteria.

We work with cities and municipalities and investment groups that typically looking for development activity. We feel good about it it's a great site downtown Tyler has a lot to offer we are optimistic we will find a good fit.

Burrow said there have been several inquiries into the property.

"We work with municipalities and investment groups that are looking for development activity," Burrow said. "We feel good about it - it's a great site, and downtown Tyler has a lot to offer. We are optimistic we will find a good fit."

A generation of Tylerites can remember the days when Jack King Jr. beckoned patrons through memorable advertising to come downtown to purchase a car from his lot.

The self-proclaimed "low overhead dealer" sold cars for decades across from City Hall, along Bonner Avenue and Erwin Street.

The business was then sold and became Peltier Chevrolet, and moved locations to Loop 323. The last car was sold from the downtown lot in 2006.

The properties have since been land banked, preserving them for the right buyer.

Former Mayor Barbara Bass said the city made an offer on the properties before her term, but it was rejected in hopes of a higher price.

Then the 2008 recession hit, and the owners accepted the city's bid.

"At one time, a hotel was a consideration," Mrs. Bass said. "The federal court system had some hotels looking at it, but the economy got bad and the interest in it dissipated because of the economy. The thought was the city could have some of that land for future needs if it needed it - we were land banking it for future needs of the city and for future development."

The site was also in the running for the proposed hotel-conference center, but consultants ultimately preferred the location at U.S. Highway 69 and Toll 49.

"It had some consideration as a conference center, but it was really considered more as a hotel with conference space because of the proximity to the federal court system," Mrs. Bass said.

The buildings that were once on the property were demolished - partially because they were aging, and partly limit the city's liability if they were to catch fire, for example.

All that remains is a large slab of concrete and a small bed of roses, which were planted after the city purchased it.

The city is slowly breaking the concrete off the property. The rock is used in drainage ditches. The busted up pieces can prevent erosion along various drainage channels. It would have to be taken out anyway, prior to any new development.

The city is in no hurry to sell the property, but is waiting for the right project to come along.

"It's there and waiting for whatever the next venture is," Mrs. Bass said. "It is not one of those things that has to be done anytime soon."

A project to revitalize the old King Chevrolet property in downtown Tyler is moving forward.