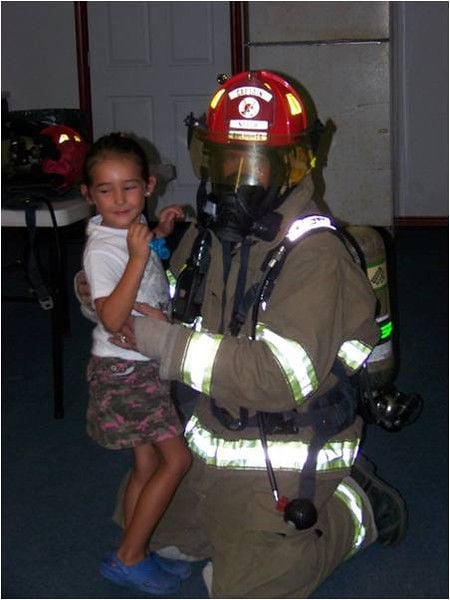 Courtesy Brianna Villapando and a firefighter after she completed the H.U.G. A Firefighter program. 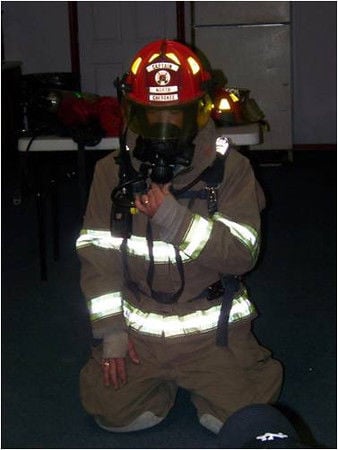 Courtesy I am a firefighter. I am your friend.

Courtesy Brianna Villapando and a firefighter after she completed the H.U.G. A Firefighter program.

Courtesy I am a firefighter. I am your friend.

A Jacksonville-based nonprofit is gearing up to teach children about fire issues.

Volunteer firefighter Jeanna Farmer said children don't always know how to react when their home is on fire, and some panic or hide.

"They're scared. They're literally scared to death," she said.

That's where H.U.G. A Firefighter hopes to make a difference.

Ms. Farmer, co-founder of the group, said other programs address things such as stop, drop and roll as well as safety equipment, but the organization's founder and chairman, Ricky Farmer, always wanted to do something different.

So he thought about house fires and how children are at times scared of firefighters, who might have on a big mask.

Farmer said he spent time doing research and working to put together the organization's board, which includes a fire chief and fire marshal. He said the board ensured that things were done correctly to get the program going.

H.U.G. A Firefighter has made visits to places such as Vista Academy of Tyler, the Treatment and Learning Center for children with autism, the Troup ISD Child Care Center and the East Texas Islamic School.

Farmer said children are taught by hands-on experience and are able to try on fire gear and hear how it sounds when air circulates through the firefighter mask.

"If they can't get out, we want them to be vocal. We want them to go to the window and say, ‘I'm here.' If we hear them, we know they're there and can get through a window to get to them," she added.

Farmer said children have run from volunteers at presentations, but when they do, they have the child sit down one-on-one with a firefighter to make sure they're OK.

Willie Mims, executive board director with H.U.G. A Firefighter, said there is nothing wrong with the way the fire departments react, but the group is trying to educate those who could be in the fire and help the firefighters save them.

As far as the future, H.U.G. A Firefighter plans to have search-and-rescue dogs that would help firefighters listen for children who might be shouting during a fire, and is working with a kennel out of Indiana, Farmer said.

Among other things, Farmer said H.U.G. A Firefighter also is working on an app for teens and adults that will explain what to do if they need to escape during a home fire.

"Teens will get under the bed and literally die from panic," he explained. "We're trying to take that away."

In addition, Farmer said H.U.G. A Firefighter is working on children's books that will be available to children and adults online.

"It's taking off so fast. It's getting to be a really big program," Ms. Farmer said.

H.U.G. A Firefighter is open to volunteers and donations.

For more information, visit www.hugafirefighterllc.org. More information also is available on the group Facebook page or by calling 903-258-5063.