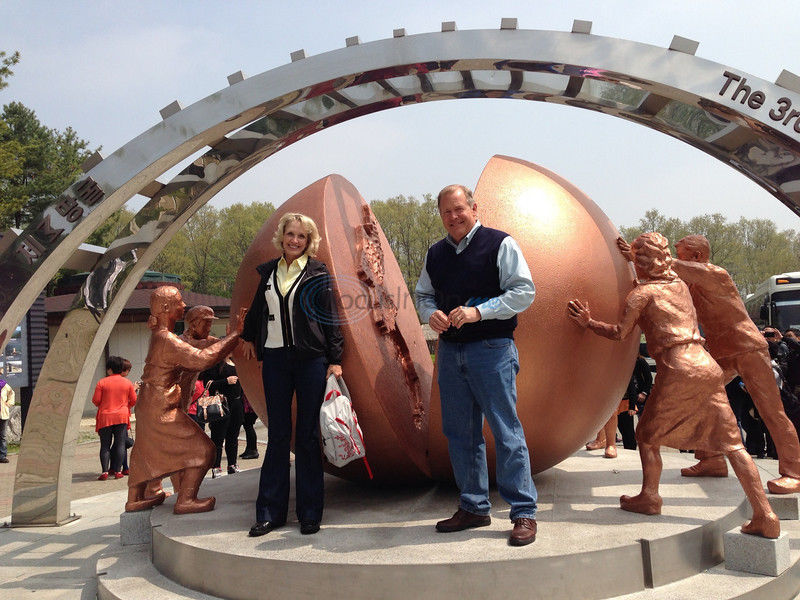 Courtesy John Sykes, present/CEO of the Park of East Texas, and his wife Delane Sykes, stand in front of an attraction at the butterfly festival in Hampyeong, South Korea. 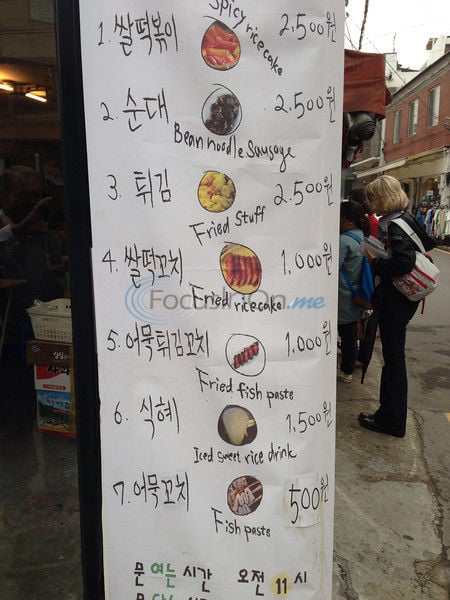 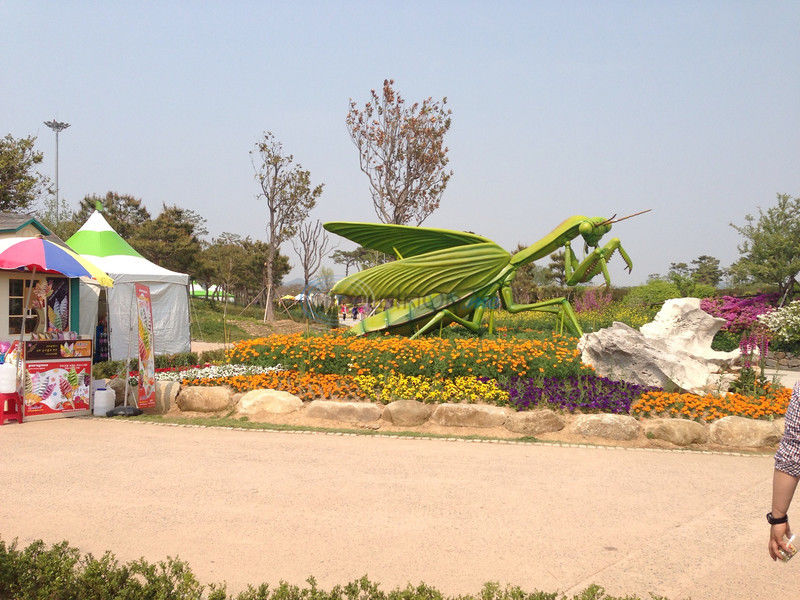 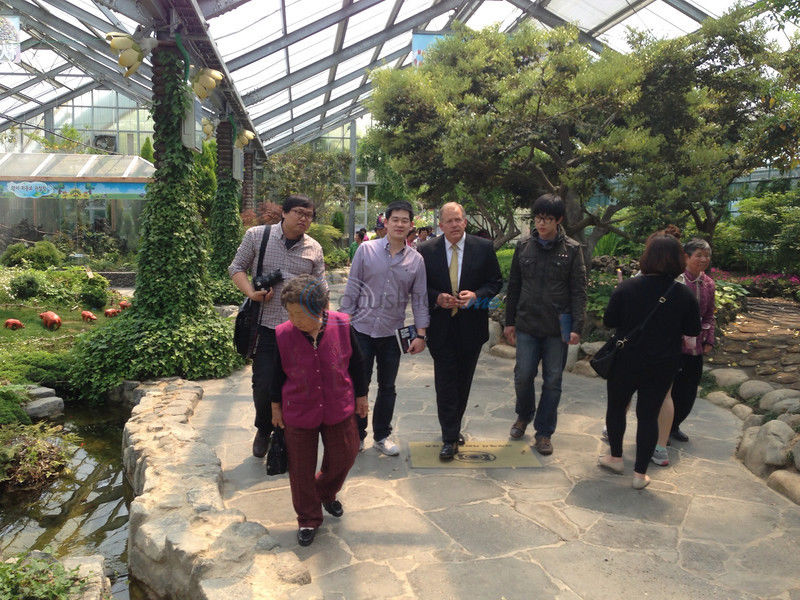 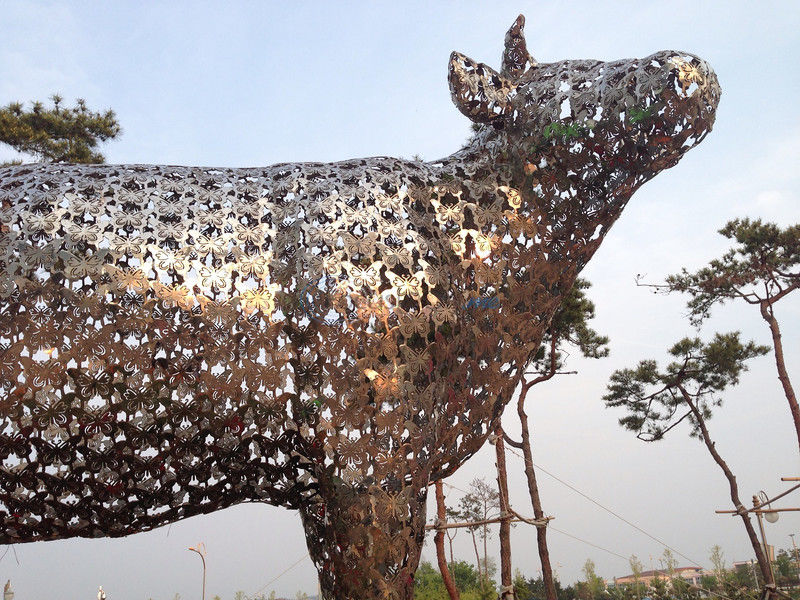 Courtesy A cow made of metal butterflies is an attraction at the butterfly festival in Hampyeong, South Korea. 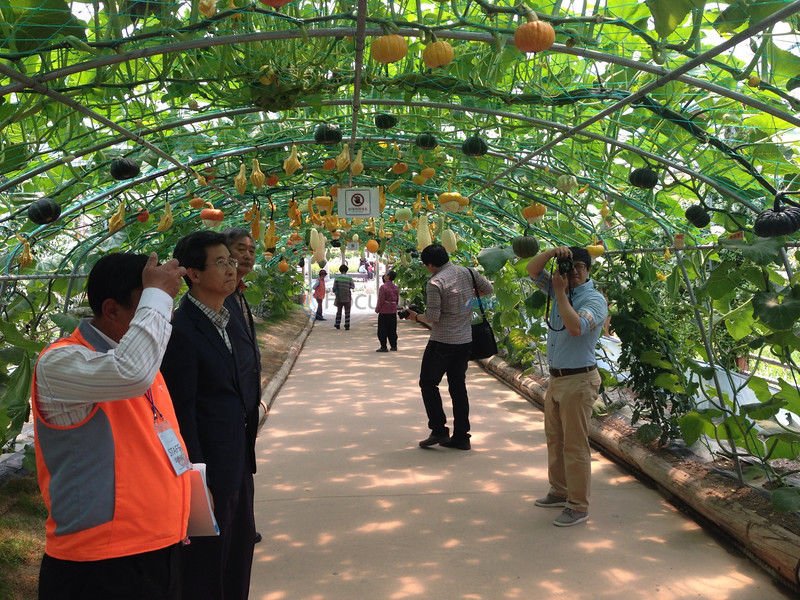 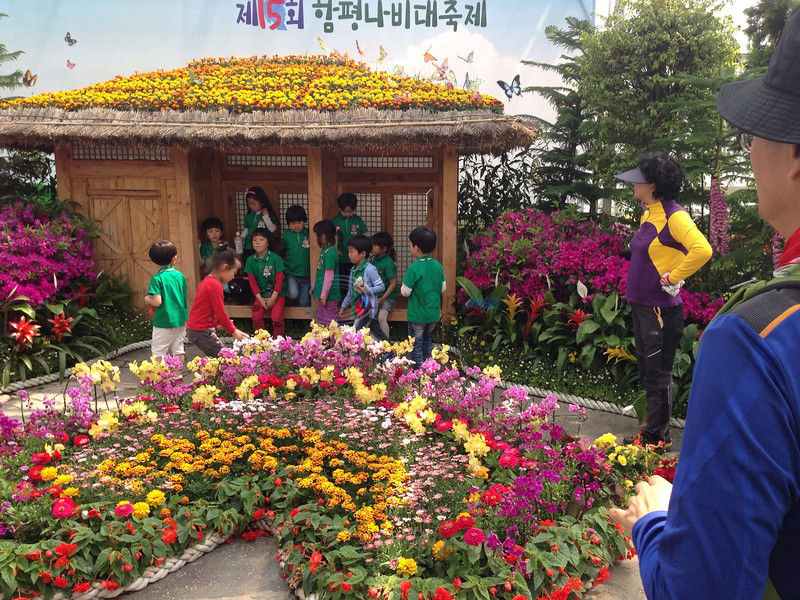 Courtesy John Sykes, present/CEO of the Park of East Texas, and his wife Delane Sykes, stand in front of an attraction at the butterfly festival in Hampyeong, South Korea.

Courtesy A cow made of metal butterflies is an attraction at the butterfly festival in Hampyeong, South Korea.

John Sykes believes the East Texas State Fair could be made into a year-round tourist attraction with new facilities.

After visiting an annual butterfly festival in Hampyeong, South Korea, in May, Sykes said, "I wanted to scoop it up and move it to Tyler."

Sykes, president and chief executive officer of The Park of East Texas, runs the East Texas State Fair and serves as second vice chairman of the International Association of Fairs & Expositions.

It was in that role that he was asked to go to South Korea for a week and meet with three mayors and other governmental leaders. He also taught three university classes of undergraduate and graduate students and met with doctorate students.

Sykes said the facility for the butterfly festival was beautiful. They showed him plans for a new campus that had a similar concept to what he wants to do with The Park of East Texas, and both were seeking each other's advice, he said.

"They treated me extremely well," he said.

The month-long butterfly festival is 100 percent government-operated and offers free admission to the 300 acres of attractions. He said it is much more laid back, with no carnival. "Our fair is a lot more intense," he said. "There's a lot more going on."

The grounds to the butterfly festival are more like a theme park and showed Sykes the phenomenal possibilities of what could be done with an expansive, landscaped space, he said, adding that people came from all over the country to attend.

The grounds included water attractions, flowers, including beautiful azaleas, a parakeet feeding experience, large green houses and horticulture displays of vines and gourds growing over the tops of tunnels. There was also a butterfly house, big metal bugs that served as attractions and educational tools, a painted mural of detailed butterflies and even a large cow made of metal butterflies.

"I was in awe of this place," Sykes said. "What I saw would be a gigantic tourist attraction here if we could bring it … There's no reason in the world why we can't do this here."

He said that with similar grounds, The Park of East Texas would not only have a tourist attraction but also a classy fair, which has been the dream.

In 2005, The Park of East Texas purchased 240 acres for a future site for the fair that would include an arena, conference facility, equestrian complex, park trails and other attractions. The property sits between Texas highways 64 and 31 west.

"We keep trying to grow this fair," Sykes said of the East Texas State Fair. He said they would be able to do so much more if they had fresh new facilities.

"We're trying desperately to put on classic contemporary event …," he said. "Yes, we'd love to have new facilities … but we do the best with what we have."

Sykes said that in South Korea, he taught those he met about the fair business, from tickets to sponsorships and how to make money at it. They taught him how other cultures enjoy their free time and their fair and festivals, he said.

Sykes has been in the agricultural field for his entire career.

He directed Texas A&M University's agriculture leadership program and was the university's legislative liaison. For 10 years, he was assistant general manager for the Houston Livestock Show and Rodeo, and was part of the design team for the 1.4-million-square-foot Reliant Center that houses the livestock show, as well as banquets, weddings and other events. He was in charge of the international program while in Houston and through his career has traveled across the world, he said.

Sykes said he has experience building and operating new facilities and running big events, and through his years in the fair business, he knows virtually all officers of fairs across the country and the world.

After they finished construction of the Houston facilities, he was asked to come to Tyler to head the East Texas State Fair because of the need and desire for new fairground facilities, he said, adding that he has been here since 2006.

"Korea called and said, ‘We need help agriculturally with our fairs,'" Sykes said. "They wanted someone who understands livestock shows and how agriculture works inside the fair."

Because of his agricultural experience, Sykes was picked for the job. He said there are no livestock shows in South Korea, a small landlocked peninsula with only one breed of cattle.

Sykes was prepared to talk livestock but found out it wasn't really what the South Koreans were interested in. Somewhere through the emails and time difference, the translation of what they were looking for had been skewed.

The discussions shifted from agriculture knowledge to operations and constructions of fairs and festivals. "I found out that's what they were really interested in, and so was I," he said.

Sykes came away from the experience learning a lot more than he expected. He anticipated much more of a diplomatic meeting, he said.

"It turned into a tremendous educational program for both of us," he said, adding that he still talks to some of the people there and hopes to get interns to come here.

He said his favorite part of the trip was teaching the students about what the fair system here is like and learning what their festival system is like. "I loved this more than anything because there's nothing thirstier than kids with knowledge," he said.

He said they even did a question-and-answer session that turned into a discussion about animal rights – showing animals in a livestock show versus eating animals and how a person could do both. "It was a riot and I loved it," he said.

Sykes' wife, Delane, went with him on the trip. He called the food mysterious and said nearly everything was pickled.

"It was gorgeous," Sykes said of South Korea. "(They were) the most wonderful, warm people and very intelligent."

“The Lord is not slow in keeping his promise, as some understand slowness. Instead he is patient with you, not wanting anyone to perish, but everyone to come to repentance.” (2 Peter 3:9)