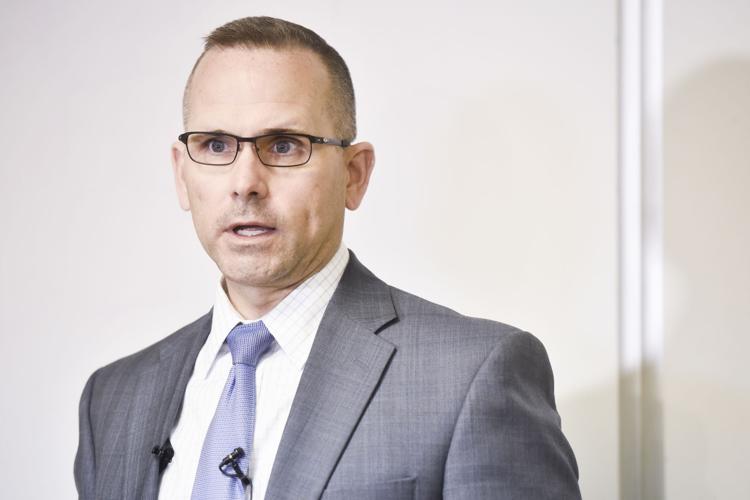 Fire Marshal and Public Information Officer Paul Findley speaks during a press conference in February 2019. As Thanksgiving approaches, Findley is reminding residents of some basic fire safety rules to follow in order to make it a safe holiday. 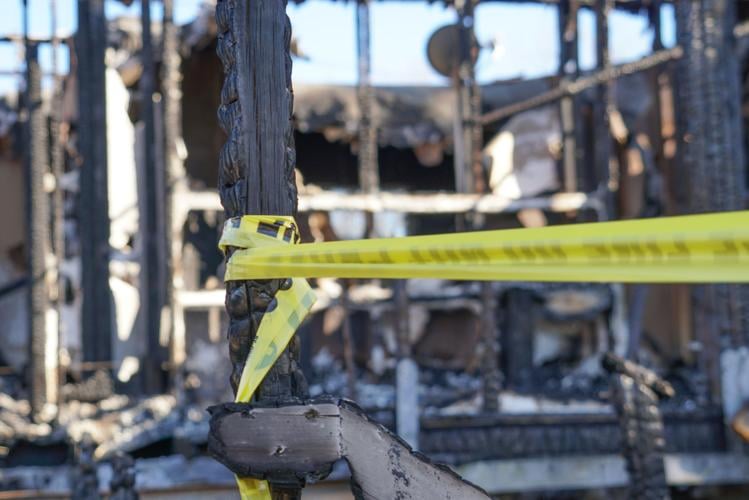 Two victims died in their Wood County home during a Thanksgiving Day fire in 2019. Local fire marshals are promoting safety and key tips ahead of this Thursday, which is the peak day for home fires.

Fire Marshal and Public Information Officer Paul Findley speaks during a press conference in February 2019. As Thanksgiving approaches, Findley is reminding residents of some basic fire safety rules to follow in order to make it a safe holiday.

Two victims died in their Wood County home during a Thanksgiving Day fire in 2019. Local fire marshals are promoting safety and key tips ahead of this Thursday, which is the peak day for home fires.

Thursday will be a day to give thanks, but it’s also the peak day for home cooking fires. East Texas fire marshals are warning residents to keep safety top of mind as they celebrate this week.

Cooking is the biggest cause of home fires and fire injuries in general, and Thanksgiving is the top day for these types of incidents, Findley said. According to the National Fire Protection Association, there are more than three times as many cooking fires on Thanksgiving Day as there are on any other day of the year.

“A lot of the fires we see this time of year wind up being something that could’ve been prevented, and those are oftentimes cooking-related fires and those that occur on Thanksgiving,” Findley said. “Not keeping an eye on cooking operations, having combustibles too close to heat sources and things like that can turn a safe situation into one that can easily turn disastrous and get out of control fast.”

The Tyler Fire Department urges residents to use caution while preparing favorite holiday dishes and follow some basic safety tips that can help prevent fires.

First, be on alert. Don’t be in charge of cooking if you’ve been drinking alcohol or are sleepy, Findley said. Additionally, if you are the one in charge, be sure to stay in the kitchen while you’re frying, boiling, grilling or broiling food. If you have to leave the kitchen for even a short period of time, turn off the stove.

Findley also recommends while you are simmering, baking or roasting food to check it regularly, remain in the home while food is cooking and use a timer to remind you that you are cooking.

“We see a tremendous amount of fires each year that are basically caused by an otherwise safe cooking operation that became unsafe because someone fell asleep, took a phone call, or forgot about the stove for a few minutes. By the time they notice it, it’s out of hand,” Findley said.

Many folks will be frying their turkey this holiday. Findley and Longview Fire Marshal Kevin May said there are several key tips to follow for this method.

“If you’re going to fry a turkey at home, we recommend you put it on some sort of solid surface like a concrete,” May told CBS19.

According to the National Fire Protection Association, deep-fryer fires cause more than $15 million in property damage each year. To avoid that, May recommends frying your turkey in an open area.

“You would never want to do it in your wooden deck or your garage or enclosed space like that,” he said.

Findley added to place the fryer at least 10 feet from your home and not under any roof eaves.

There are two main reasons turkey fryer fires happen during the holiday season, May said. One is putting too much oil in the pot while the other is not thawing the turkey.

“We have in the past have had several people catch their back patio on fire trying to cook their turkey — a fried turkey,” May said. “When you put the turkey in, it will cause the oil to spill over, and it spills over to the burner, and you have the potential for (a) fire.”

To avoid overflowing the pot with oil, May recommends measuring how much oil you need by putting the turkey in the pot water first.

“This will let you know how much oil you need to put in it. When you pull the turkey out, the water level will drop, and that will be where you will need to fill your pot up when you put the oil in it,” May said.

Findley also said thermostat controls are important because turkey fryers can overheat to the point of starting a fire.

Remember the sides of the cooking pot, lid and pot handles can get dangerously hot. This is important for adults to know but also a reason to keep children away. Findley recommends using long cooking gloves that protect hands and arms when you handle the pot, lid, and handles of a turkey fryer.

May also recommends placing the fryer at least 15 feet away from anything that can catch on fire.

When cooking inside, it’s also important to keep anything that can catch fire away from the stovetop, including oven mitts, wooden utensils, food packaging, towels or curtains.

Try to keep children out of the kitchen, too. The stove will be hot, so Findley recommends children stay at least 3 feet away or in another room completely. Things such as knives and hot pans will be in play and can be dangerous for children. Keep your electric cords from dangling off the counter, too, because that can turn into a disaster if left within reach of a child.

Findley and May said they hope these tips can help residents avoid any disasters, but they also have tips in case of an emergency.

With a small grease fire on a stovetop, smother the flames by sliding a lid of the pan and turning off the burner, Findley said, adding to leave the pan covered until it is completely cooled. In case of an oven fire, turn off the heat and keep the door closed.

Additionally, Findley said not to throw water, a fine-milled ingredient like flour, or a flammable dishrag at a grease fire, as this can make the situation much worse.

If you have any doubt about fighting a small fire, just get out, Findley said, and close the door behind you to help contain the fire. Then, call 911 immediately from outside the home.

Findley said in general, people are more susceptible this time of year to get distracted due to guests in the home, lots of activity, and just being very busy in general during the holiday season.

“There’s always that tendency to think, ‘It could never happen to me,’ but in our line of work, we see it more often than the normal population would because when we get called out, it’s because something has gone wrong,” Findley said. “So hopefully we can prevent some of that by getting people thinking about these really basic safety tips.”

This time of year is also prone to more home fires because of seasonal additions to the home that aren’t normally there or operating, like space heaters and fireplaces, holiday decorations and Christmas trees. Findley said the 3-foot rule is a good one to follow, meaning there are 3 feet in between a heat source and any combustibles.

Along with following basic fire safety tips, Findley reminds residents to give their homes a good checkup. Make sure your smoke and carbon monoxide detectors are working properly; have your fireplace and furnaces inspected and cleaned; and have a family safety plan in place.

Having a discussion about what your family will do in case of an emergency and making sure everyone is aware of the plan is very important, Findley said.

“That small discussion can go a long way,” Findley said.