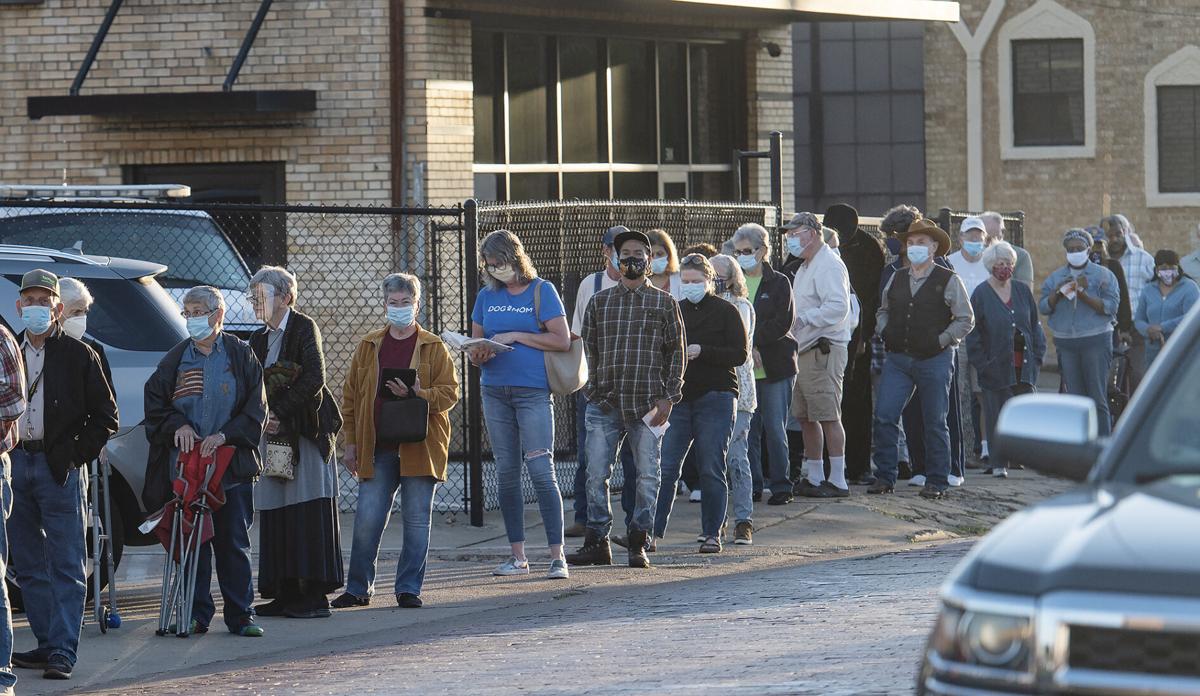 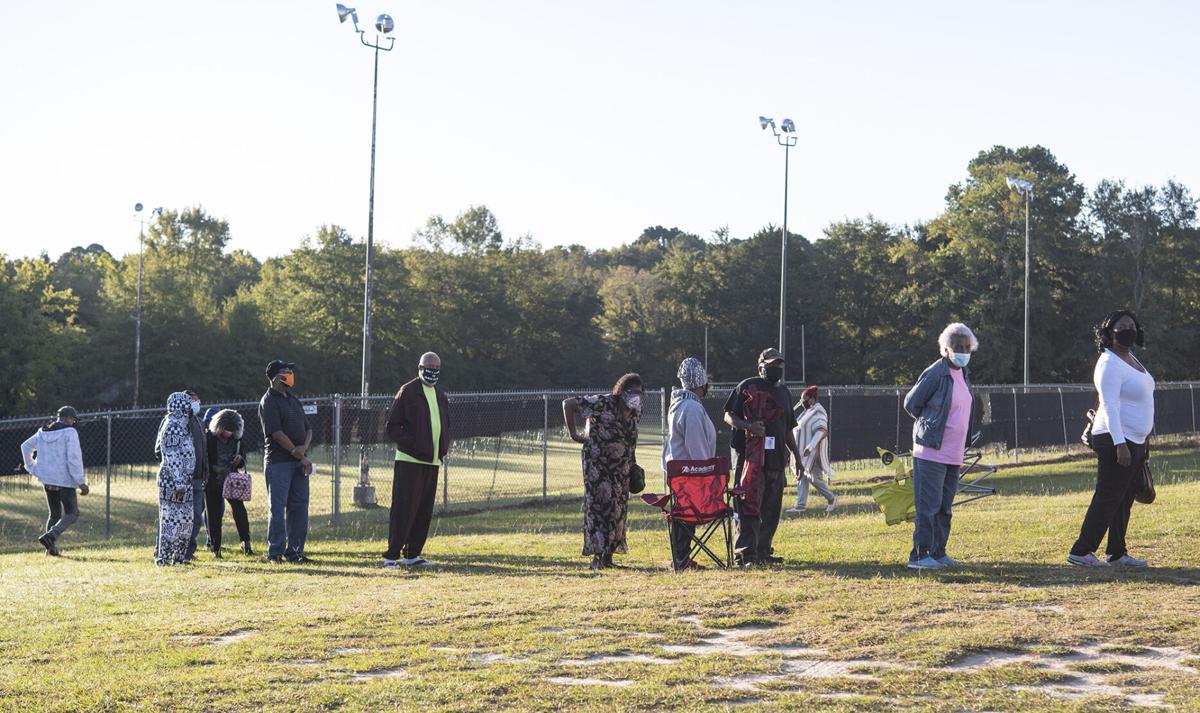 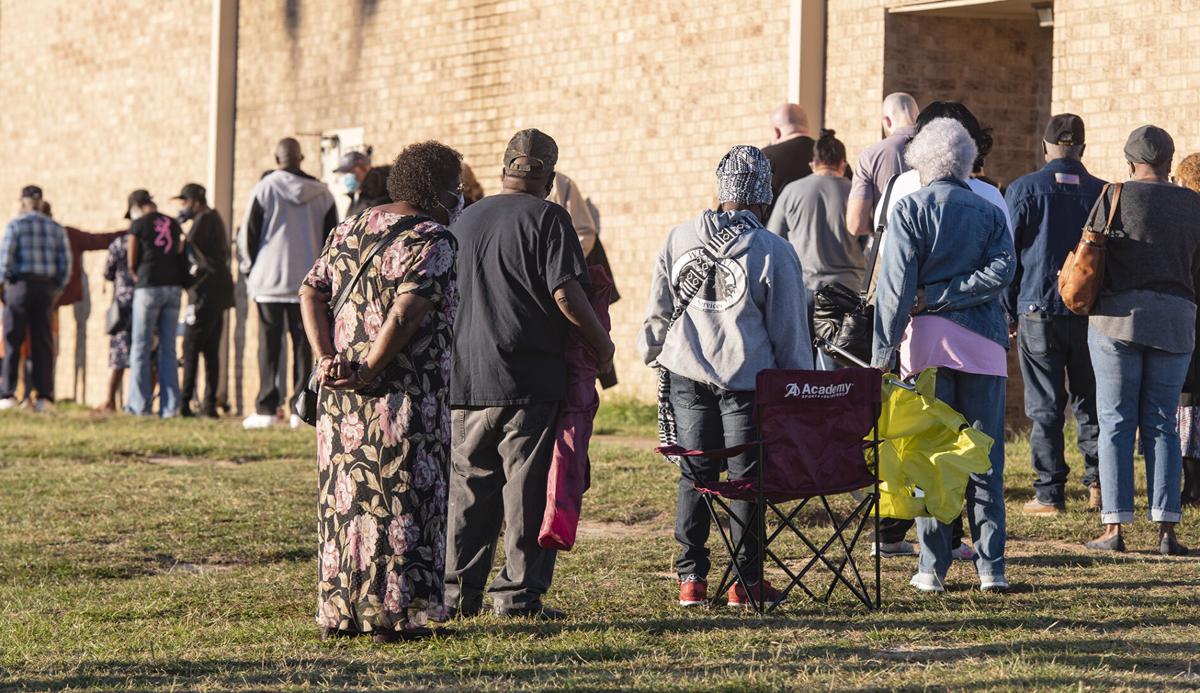 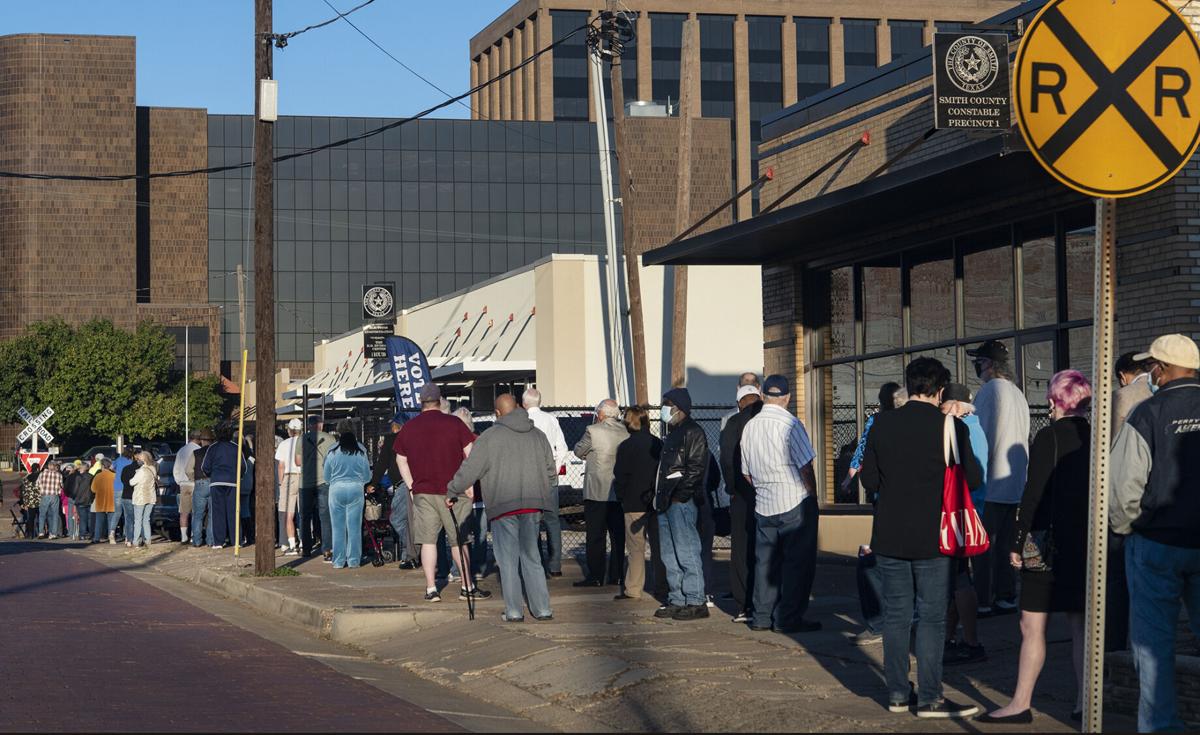 In both Gregg and Smith counties, early voting for the November election continues at a strong and steady pace, with thousands of residents coming out each day to cast their ballots.

Within four days, Gregg County has seen 15,009 voters come out across its 10 polling sites. For the first three days of early voting, 17,844 Smith County voters came out to cast ballots at seven locations, according to election data from each election office.

For Smith County, early voting is down by 392 during the same time period of time in 2016. A total of 18,236 people voted during the first three days of early voting four years ago.

In Smith County, R.B. Hubbard Center “The Hub” and Noonday Community Center have seen the most turnout from Tuesday through Thursday, with 3,515 and 3,100 people respectively.

Gregg County Elections Administrator Kathryn Nealy said turnout has held strong and steady since the first day, which had 3,959 come to the polls. The first two days, Tuesday and Wednesday, were really high but the lines dropped slightly afterward, she said.

There has been an average of 400 people per voting location each day, according to the elections office.

Nealy said the addition of five polling stations for a total of 10 have helped tremendously. Due to Gov. Greg Abbott’s order, early voting was extended from two to three weeks this year.

“If we did not have those 10 locations, the lines would have been horrendous,” she said.

She strongly encouraged people to take advantage of the extra locations and time to vote this year.

For those who haven’t voted yet, Nealy said they should come in the second week of early voting rather than the last.

“Take advantage of the second week, whatever you do, don’t wait until Election Day,” she said.

She added people should learn which county they’re registered to vote in before coming to the polls.

The Judson Community Center has been consistently the busiest polling place all week long in Gregg County, while Elderville Community Center dropped slightly after having a big turnout as a new early voting location, Nealy said.

She added one rumor going around is that a ballot becomes ineffective if it has a mark on it; however, the voting clerk must sign any paper ballot.

Another rumor is that votes by mail will not be counted, which is incorrect.

“If you voted and mailed your own ballot, it is safe and secure,” Nealy said. “The post office has been doing excellent job getting ballots to us in a timely manner.”

Nealy added that 99% of voters come into polling sites with masks and that, when offered gloves, 90% of people have chosen to wear them.

Social distancing markings are used at the voting sites, and election officials use hand sanitizer and wipes to clean surfaces, she said.

There have been one or two incidents of poll workers requesting people to remove political clothing, but the people ended up removing the items without confrontation, Nealy said, noting most voters have been polite and kind.

Nealy explained that three workers and three machines in early voting are normal for Gregg County, and this also helps limit the number of people coming in the building for COVID-19 safety precautions.