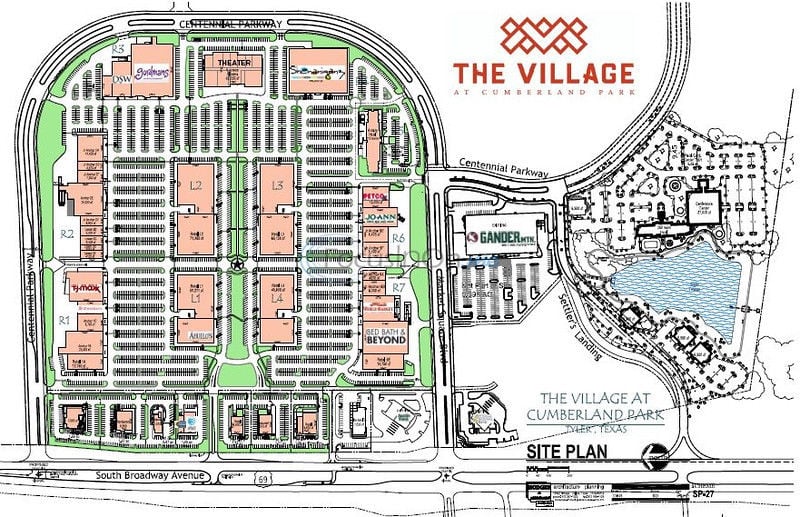 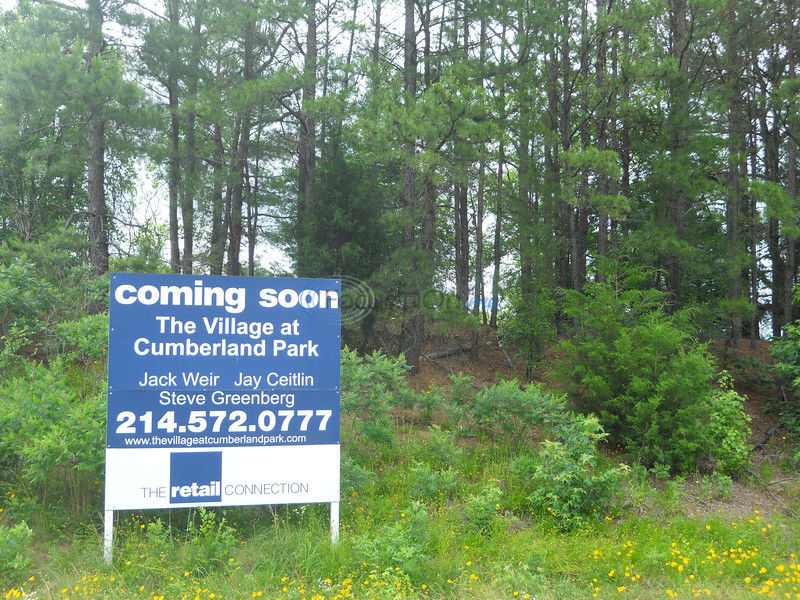 The Village at Cumberland Park — an 80-acre retail center planned for South Broadway Avenue — will be a catalyst for future development in the area, a local developer said Friday.

A land deal finalized late Thursday by Dallas-based The Retail Connection L.P., which has been working on the Village at Cumberland Park for about six years, clears the way for the project's construction, developer Mark Whatley said. The project also will spur development around it, he said.

The Village at Cumberland Park will sit on nearly 80 acres between Gander Mountain and Academy Sports + Outdoors.

Whatley, broker for Burns Commercial Properties, represented the land owner in the acquisition.

He said Friday there are still about 100 acres across the road, as well as 100 acres behind the property ready for infrastructure to be built and developed. He said he believes that, because The Village at Cumberland Park project is now official, more property in the area will be developed and will most likely include more retail, residential, office and multifamily.

"Everything went through great, finally," Whatley said of the land deal, which officially closed late Thursday. "This planned development is going to be huge for Tyler, bringing in the next level of retail we don't have."

Bob Garrett, president of Fair Oil Co. and a real estate developer, has said he and his partners in the Broadway South Development group have worked for 14 years to bring a large-scale retail project to far South Broadway Avenue. They have been working with The Retail Connection, L.P. for about six years on the project.

"We're very pleased to have this opportunity to work with a quality group like The Retail Connection to bring a retail development everybody will be proud of in Tyler," Garrett said.

Whatley said they plan to begin moving dirt and clearing the undeveloped land next week.

"The big hurdle is now over. … They're going to be full steam ahead for construction from this point on," he said.

Wilson said in June that they have been working with possible tenants for a year and hope to have more than half of the tenants open in the fall of 2014.

Possible tenants include Rockwall-based Shenaniganz, which will take up to 60,000 square feet and include a bowling alley, laser tag, arcade, mini-putt and other family-oriented attractions.

He said Bed, Bath & Beyond could relocate its Tyler store to the new center, expanding to 34,000 square feet. Other possible tenants include Buy, Buy Baby and Cost Plus World Market.

Wilson has said they also are working with Ross to put a second location at the center, and with TJ Maxx, a sister store to Marshall's, to come in to Tyler.

They also are in talks with or negotiating leases with DSW Shoes, Petco, JoAnn's, Dress Barn, Carter's and Famous Footwear. He said they also could be the first lease in Texas for Gordman's, a junior department store.

Wilson said most tenants will be new to Tyler, but they also will include a few relocations of current stores, and some will be business' second locations. Smaller tenants, such as restaurants and services will follow the national tenants and come later.

A grading and clearing permit was filed with the city of Tyler for The Village at Cumberland Park, at 9098 S. Broadway Ave. Work will include clearing, erosion control and mass grading for public improvements and private development.

Whatley said clearing the land could be done in about two weeks before dirt work can start. He believes it is an aggressive timeline.

He said if they plan to begin opening stores next fall, they would need to be putting in slabs in about 90 days.

The center will have 12 main buildings and will total about 700,000 square feet, Wilson said. There also will be a "lifestyle element" to the center, with a central park and water features.

"We're feeling very good about the project we're putting together," he said.

Garrett said they have been under contract to sell the land to The Retail Connection since April 2012 and began negotiating the sale in the fall of 2011.

Broadway South Development, made up of the Fair Organization and land owners, bought the property about 14 years ago and in 2003 obtained all of the zoning, access and sign permits needed for the development.

Garrett said it was difficult to locate a suitable site with the necessary infrastructure to accommodate a retail development of that size.

Since the beginning, it has been their intent to create a large retail development on that site, Garrett said, noting that Broadway Square Mall was built 40 years ago.

Wilson said the center will be about the same size as Arlington Highlands, a retail center with 115 tenants developed by The Retail Connection.

The 750,000-square-foot center sits on 80 acres fronting Interstate 20. It offers the combination of a lifestyle center and traditional power center in the DFW Metroplex, including a mix of junior anchors, local boutiques, national lifestyle retailers and more than 25 restaurants, according to www.theretailconnection.net.

“A wife of noble character who can find? She is worth far more than rubies.”