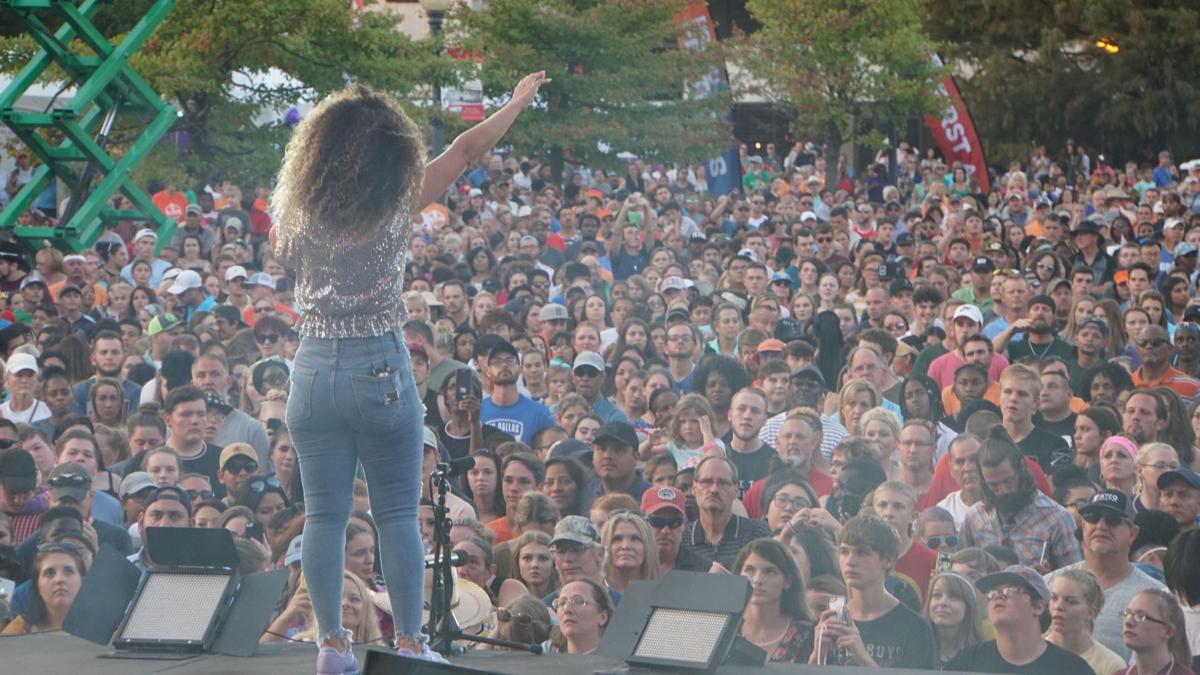 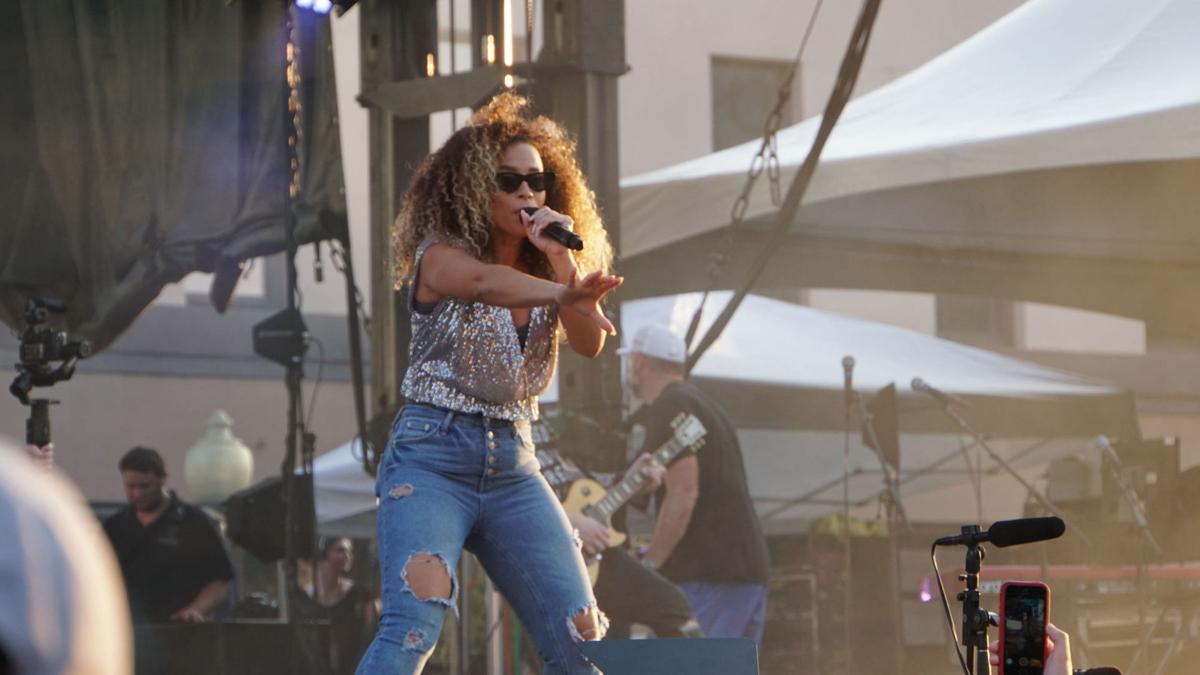 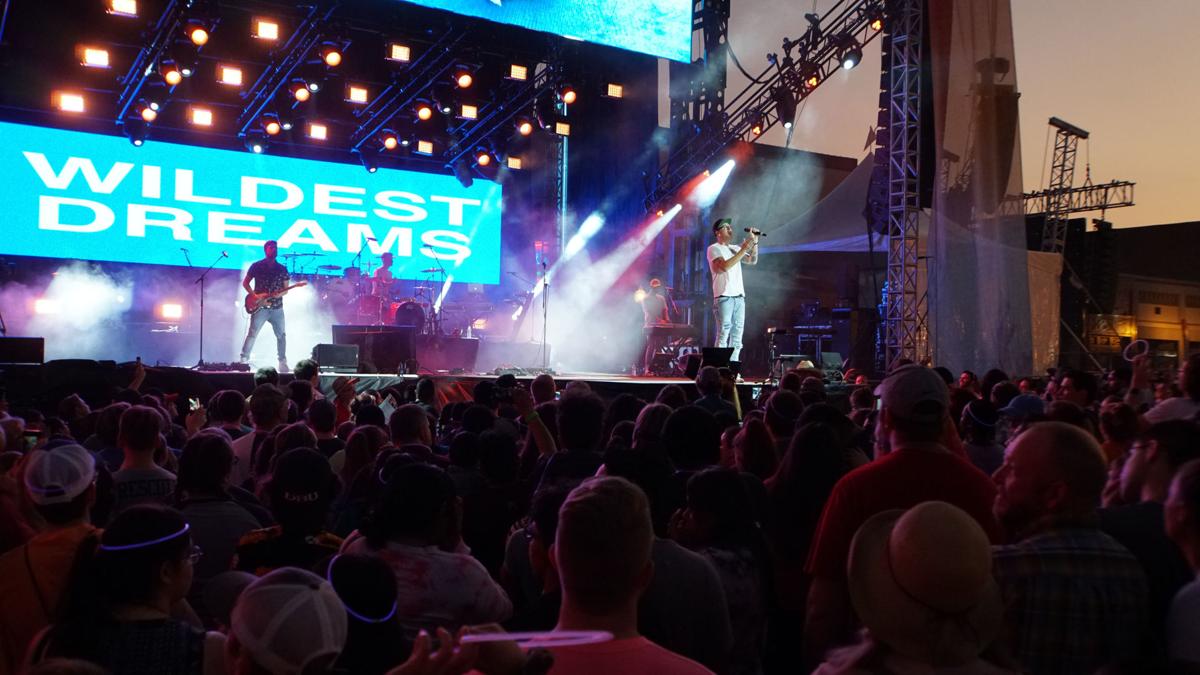 Ryan Stevenson takes the stage at CityFest East Texas with his band on Saturday in downtown Tyler. 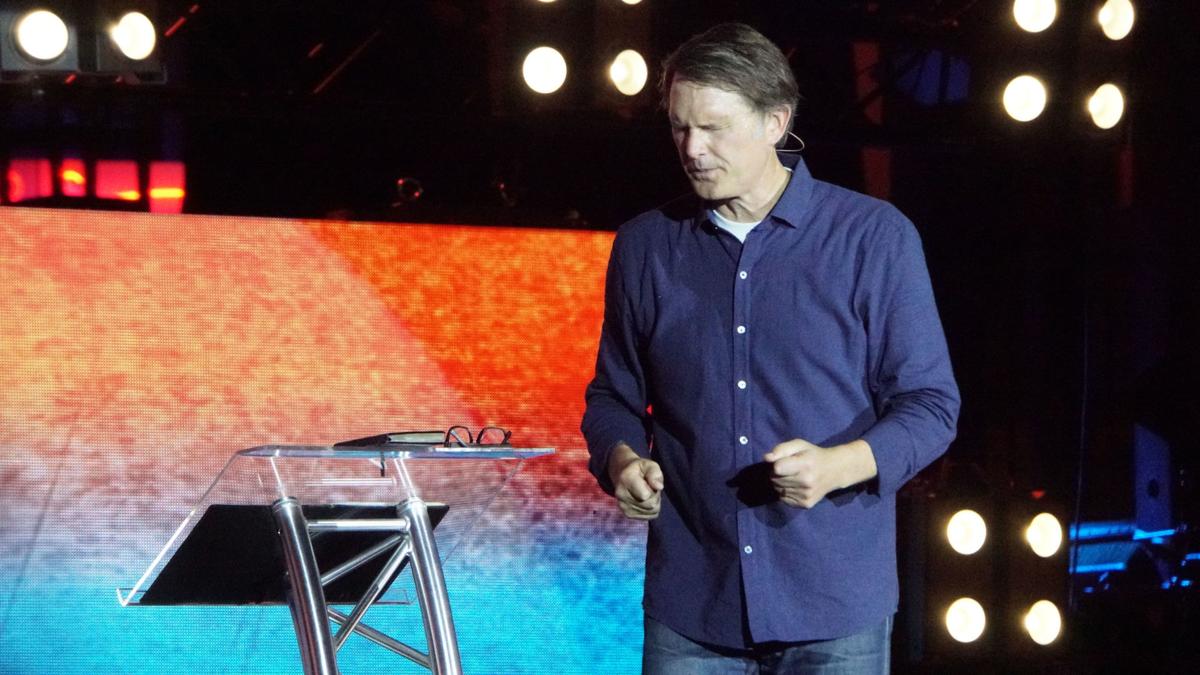 Andrew Palau, son of evangelist Luis Palau, prays for the salvation of the attendees of CityFest East Texas on Saturday in downtown Tyler. 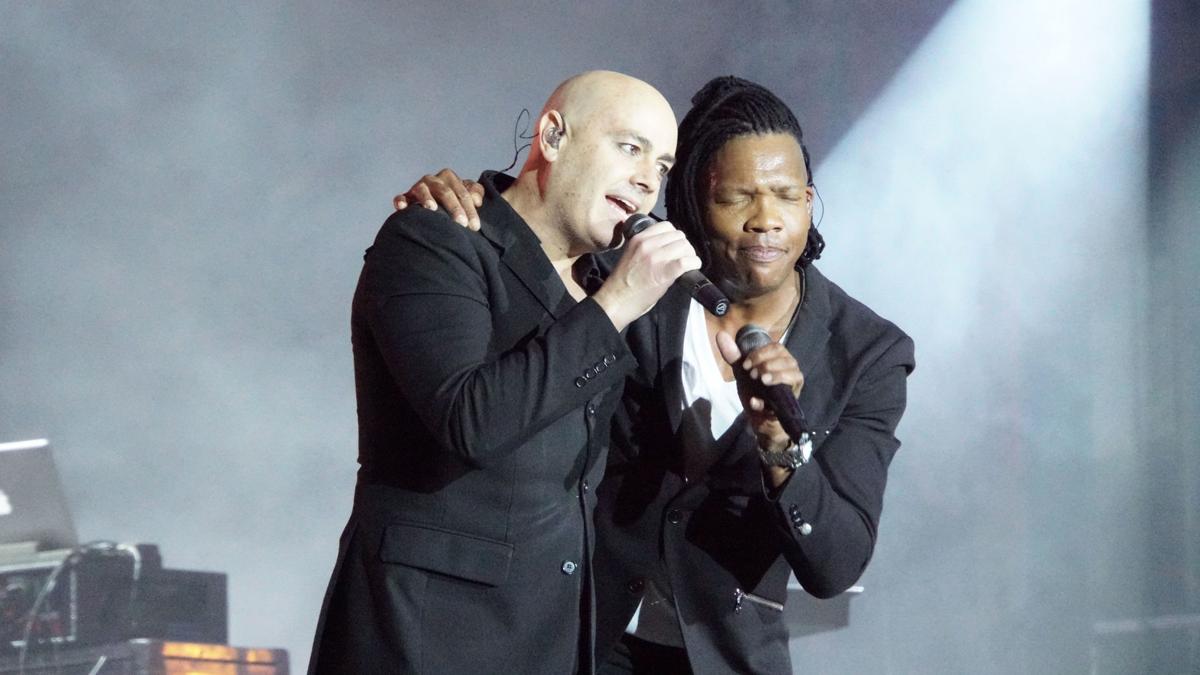 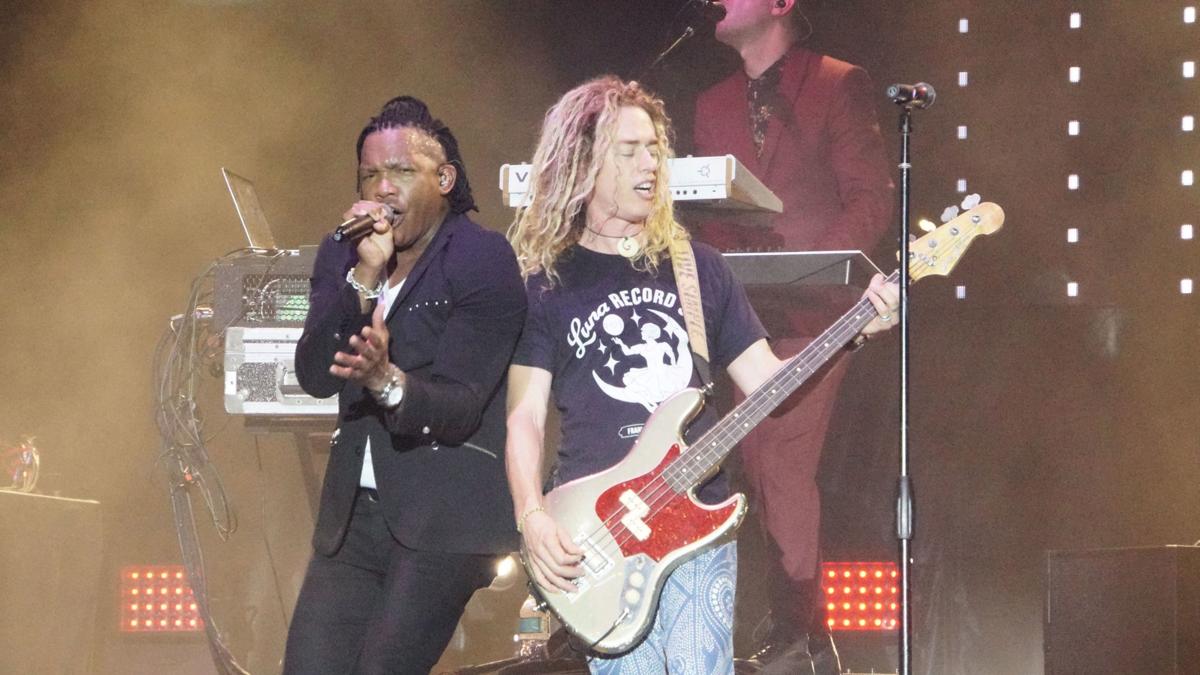 Ryan Stevenson takes the stage at CityFest East Texas with his band on Saturday in downtown Tyler.

Andrew Palau, son of evangelist Luis Palau, prays for the salvation of the attendees of CityFest East Texas on Saturday in downtown Tyler.

Tyler’s downtown square was packed Saturday as CityFest kicked off its first night.

The event began at 4 p.m. with a Family Fun Zone, offering kids entertainment such as inflatables, carnival games and face painting.

CityFest is produced by the Luis Palau Association, and sponsored by over 400 local churches. Volunteers from these churches worked as “Festival Friends” to collect visitor information to be given to local pastors to help those interested get involved into churches.

The main stage event opened at 6 p.m. with Christian music artist Blanca, followed by Ryan Stevenson. During Stevenson’s set, the stage audio and lights went out twice due to a power failure. Stevenson brushed off the interruption gracefully.

“What a crazy fun night,” Stevenson later wrote on Instagram.

“This is the largest crowd we’ve ever had in the square downtown,” boasted Tyler Mayor Martin Heines from the stage.

Festival Director Duffy Johnson said there were more than 10,000 people in attendance. More people were expected to attend CityFest on Sunday night, so to have so many people show up on Saturday was surprising to organizers.

Evangelist Andrew Palau, whose father is Luis Palau, took the stage later in the evening and told his personal story of being delivered from a life of drugs and partying.

“I ran from God for 27 years,” Palau said. “I hated light because it revealed how wicked and evil I was.”

Palau then quoted from the biblical book of John: “Jesus came that you might have life, and life more abundantly. There’s hope for you tonight. You can experience hope and the abundant life.”

Palau ended his testimony with the opportunity to respond to the Christian gospel through prayer. During the prayer time, CityFest host Jose Zayas came up to speak.

“This is the point of CityFest,” Zayas said. “So many people have turned from darkness to light.”

The event ended with an hour-long performance of mainstream Christian band, Newsboys United. This “United” lineup of Newsboys members includes former frontman Peter Furler and former bassist Phil Joel, and allows the band to play music from any era of it’s near 35-year run. The band has been a staple in the Christian music community since the 1980s.

Thousands of East Texans gathered Saturday in downtown Tyler for the first of the two-day CityFest event.

Clark Hunt, CEO of the Kansas City Chiefs football and FC Dallas soccer teams, is committed to faith being a part of his teams.

Wendy Palau, others share stories of hope with 800 women at CityFest luncheon

With tears streaming down her face, Zareen Malik, 29, of Tyler, shared how the pain she had experienced in her life only led to more brokennes…

Over 15,000 people are expected to descend on downtown Tyler this weekend as part of the CityFest event that has been more than a year in the making.

CityFest East Texas kicked off a weeklong series of events with a celebration for the Spanish-speaking community of Tyler at Fiesta Latina.

Some of the most popular Christian music performers will headline free CityFest concerts on the downtown Tyler square Oct. 5-6.

If you’ve been seeing the CityFest posters around Tyler and you’re wondering what the commotion is all about, you’re not alone.

Newsboys, Lecrae to perform free in Tyler at CityFest

Some of the biggest acts in contemporary Christian music, including Newsboys and Lecrae, are coming to Tyler for CityFest East Texas.

RE:NEW Gathering brings out East Texans in preparation for season of outreach, service

Thousands attended a Thursday evening event at Green Acres Baptist Church that featured prayer and worship, as well as musical guest Passion a…