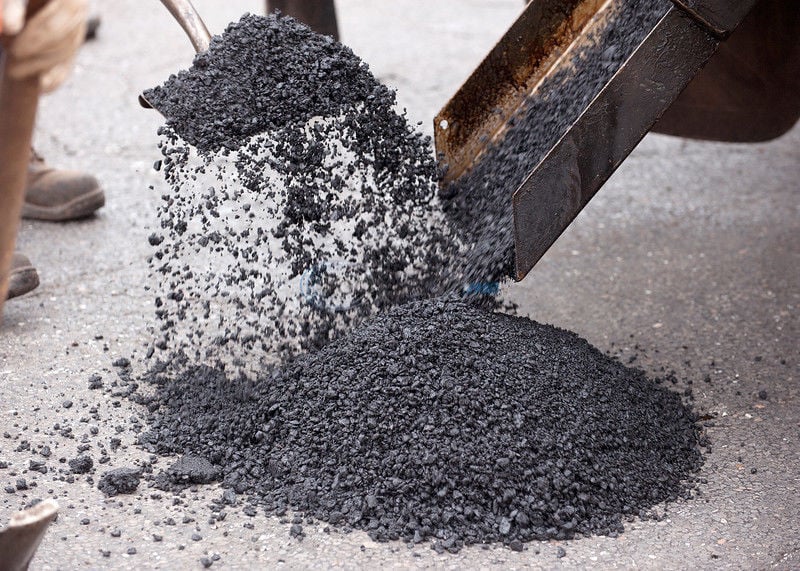 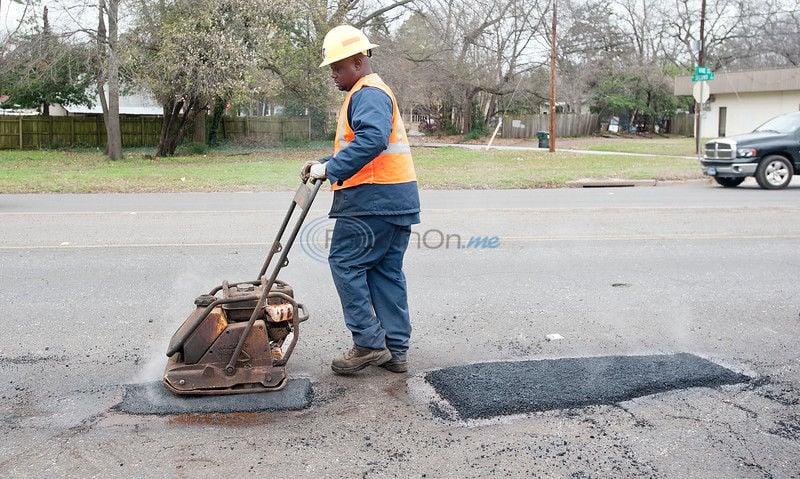 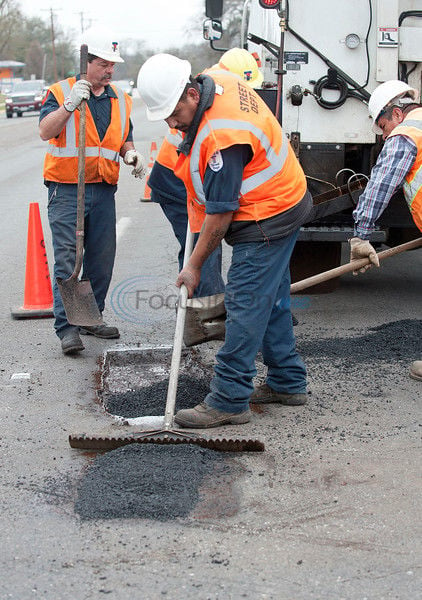 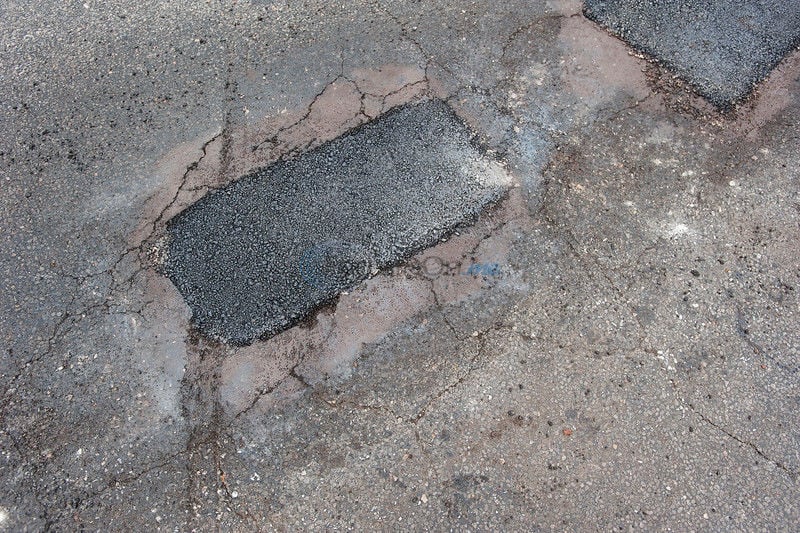 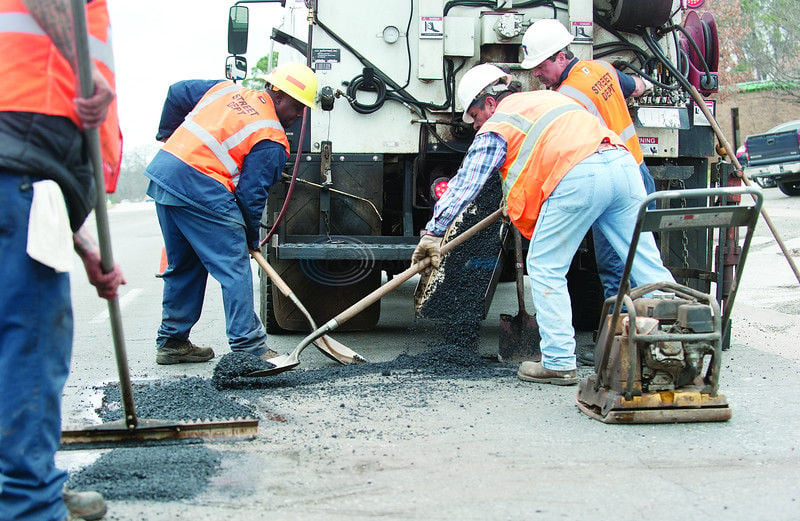 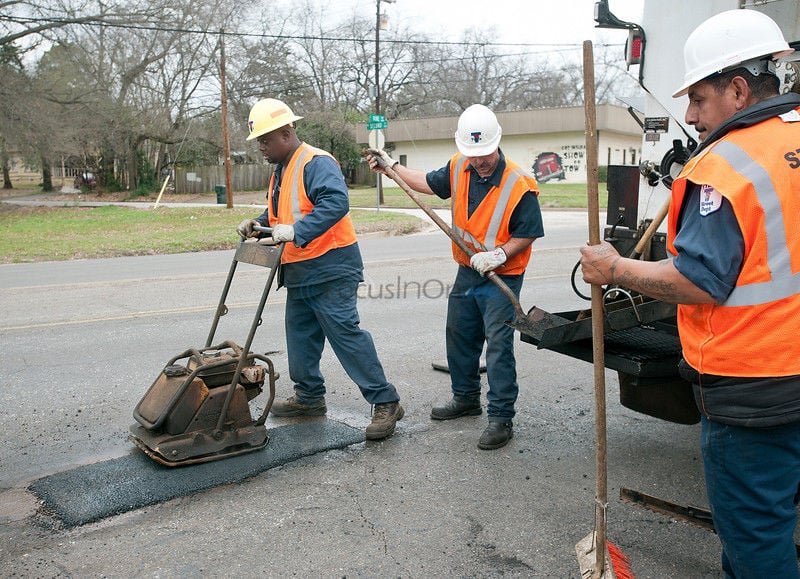 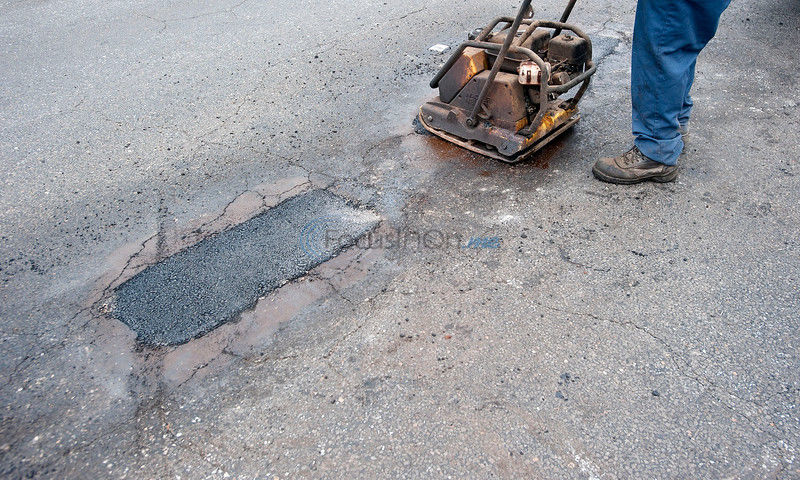 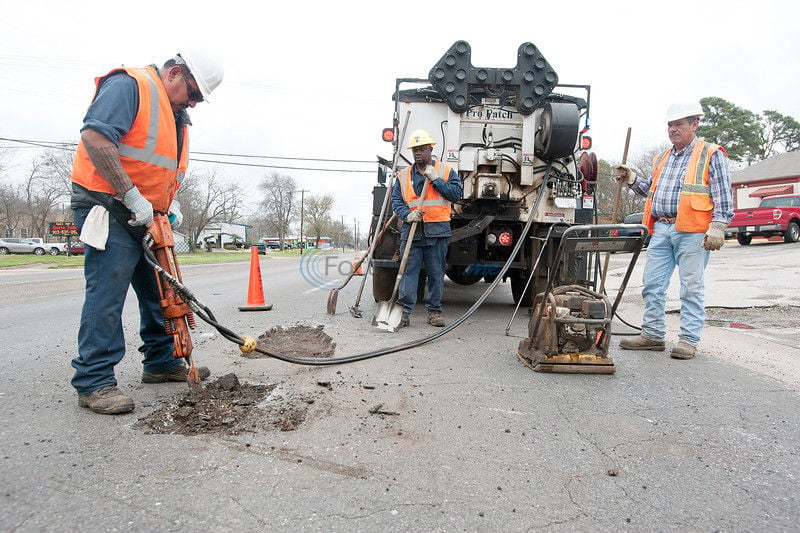 Changing forms of water and dropping temperatures have done a number on East Texas roads, but road crews are out patching and fixing potholes.

Smith County Engineer Frank Davis said his office has been flooded with reports of potholes on county roads this week. The city of Tyler and the Texas Department of Transportation also have experienced a higher volume of road repair calls.

"The wet weather is bad enough, but we had the wet weather combined with icy conditions," Davis said. "The ice … when it freezes, it expands, and it will pop off that pavement a lot faster. We have potholes throughout the county, and we have some areas that have heavy traffic, (including) garbage trucks or oil field activity, and they tear up the roads a whole lot faster."

Water fills cracks in the road and expands as it freezes. Then, more water can get into the cracks and cause the weakened road to sink.

The county's road and bridge crew of about 60 has been cleaning blocked culverts and patching roads.

Tyler, Smith County and TxDOT will have to put temporary fixes on the roadways until temperatures warm.

Asphalt works best in warm temperatures and dry conditions. While the temperatures remain low, road crews are putting temporary millings, oil sands and other measures to repair the holes and making a list of the spots to follow up once asphalt can be made.

"We try to cover the holes, so we don't have the potholes grow anymore, but it's not a permanent fix," Davis said. "We will come back and clean them out and replace those when we get some warmer weather and put some asphalt in to patch them properly."

Robin Smart, Tyler street operations manager, said the city is also busy patching holes. The city set an internal goal to get all reported holes taken care of within 12 hours of them being reported.

"It takes a good week of hitting different areas (to get them all)," he said. "The main objective is the main thoroughfares in the city. They are the most traveled and they will get priority."

Certain streets in Tyler, including Broadway, Erwin, Glenwood, Gentry, Front, Van Highway, U.S. 271 and Loop 323 fall within TxDOT's jurisdiction, because they are highways outside of the city, Smart said. Davis said Farm to Market Roads are also maintained by TxDOT, but the city is working closely together to relay which roads are in need of repairs.

Kathi White, spokeswoman for TxDOT, said crews were repairing portions of Glenwood, Erwin and U.S. Highway 271 on Wednesday, as well as doing milling work on Interstate 20.

Ms. White asked drivers to be aware of the pothole issue and be careful while driving to limit damage to vehicles and other drivers. She added drivers should also be on the lookout for various road crews.

"They will have some mini working zones in some places," she said. "We need people to be patient and courteous and to yield to them so they can take care of these issues. Safety is top priority. It's not just for us; it's for the traveling public as well. We need them to be our partners out there on the road."