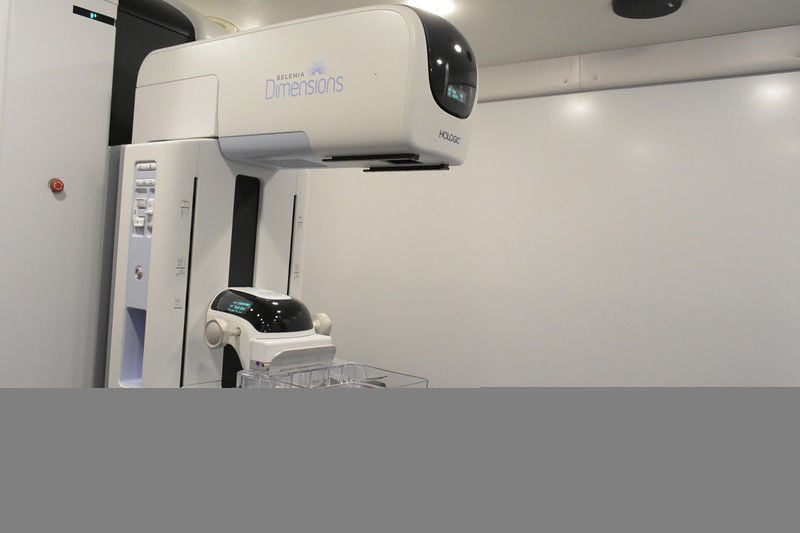 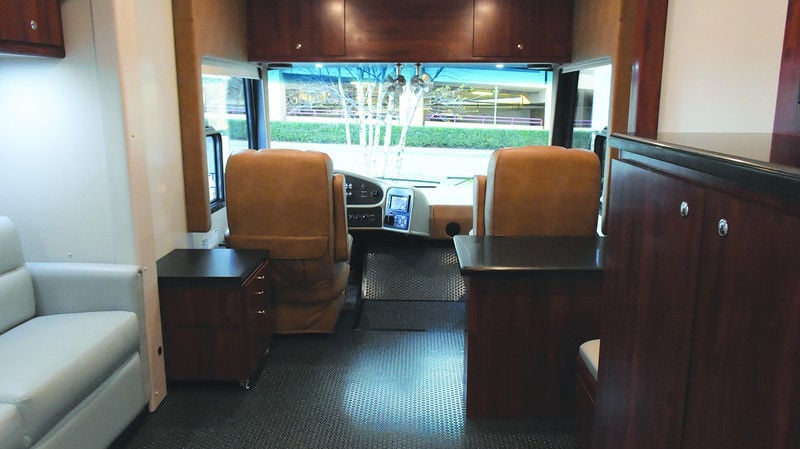 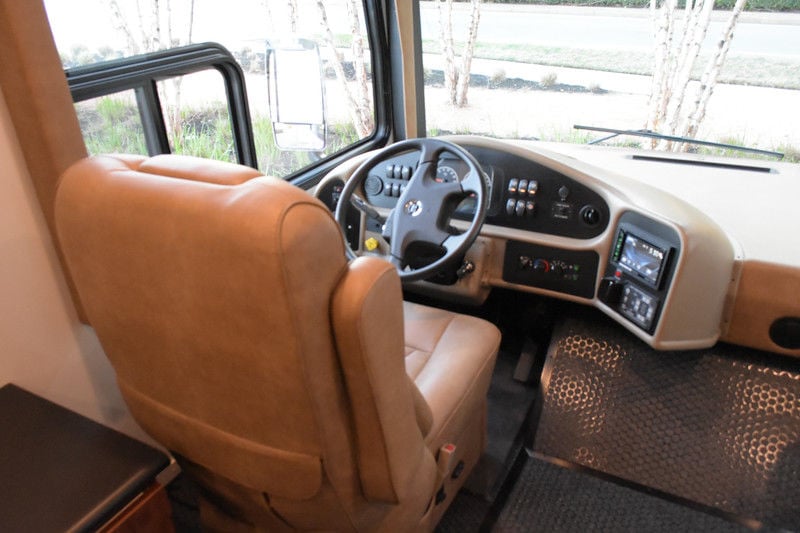 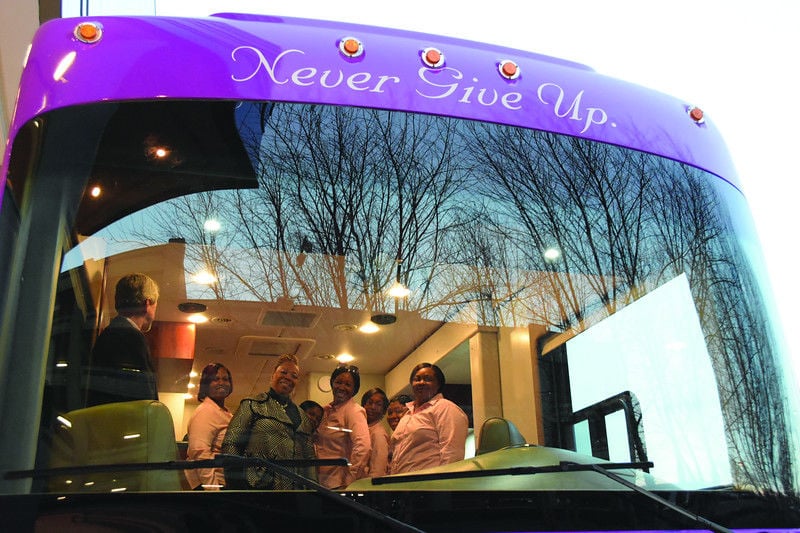 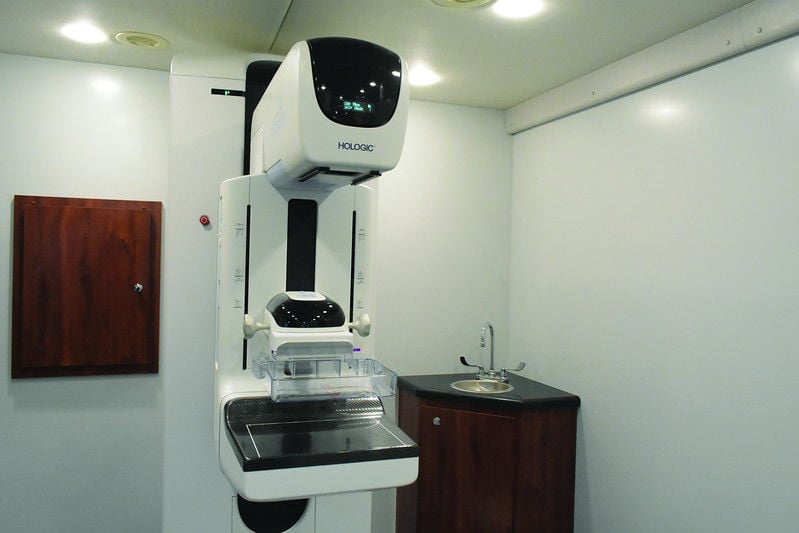 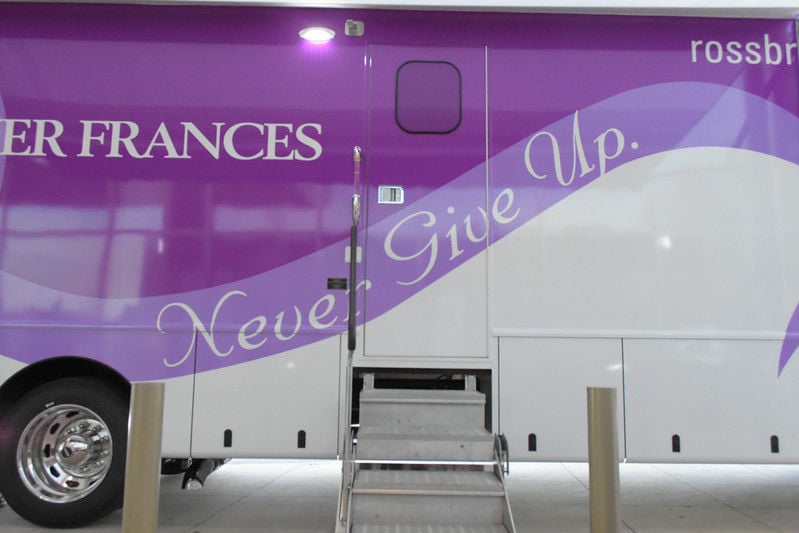 The stairs and entry to the new CHRISTUS Trinity Mother Frances Ross Breast Center mobile Mammography coach are designed with slip resistant flooring to provide stability as patients enter. The coach was on display at the at the Louis and Peaches Owen Heart Hospital for the 2017 Toast to East Texas kickoff event Thursday, March 2, 2017 in Tyler. (LouAnna Campbell/Tyler Morning Telegraph) 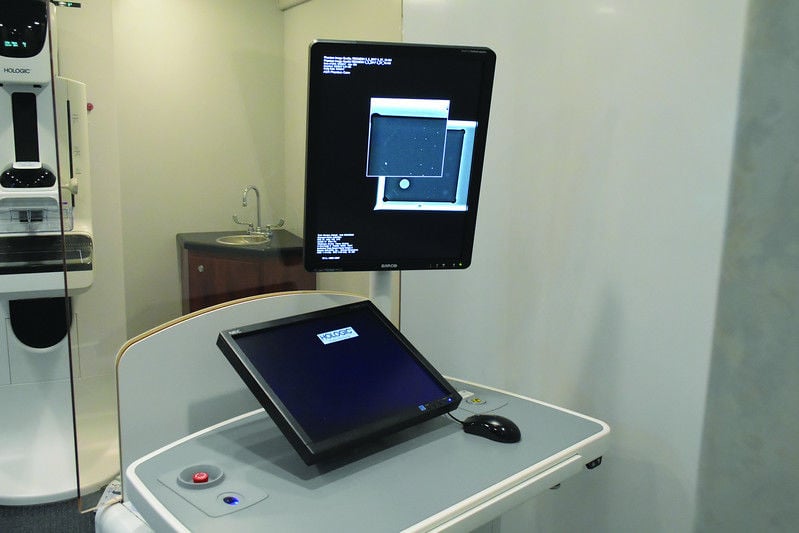 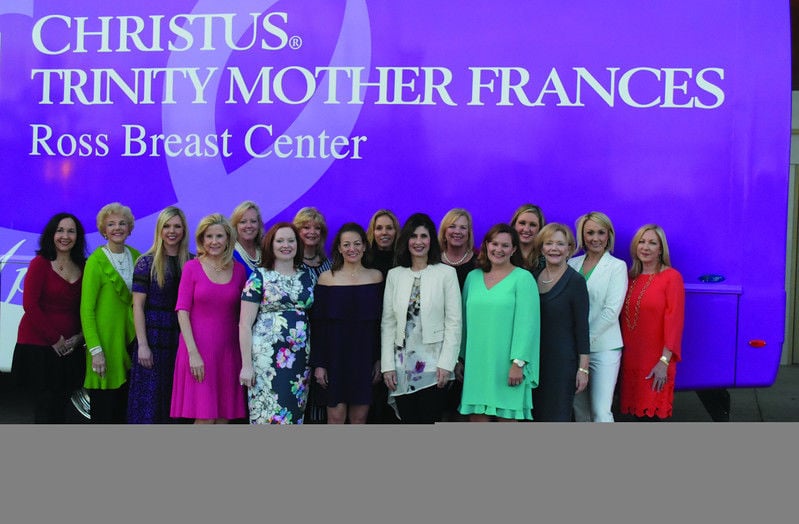 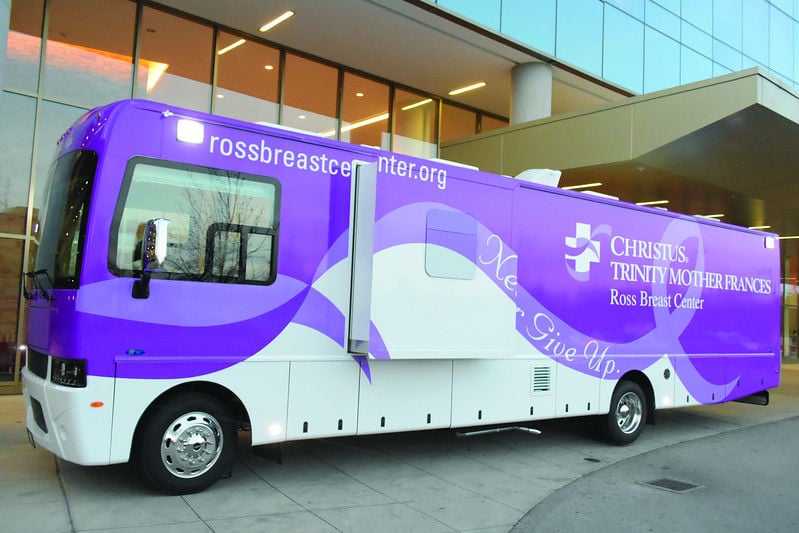 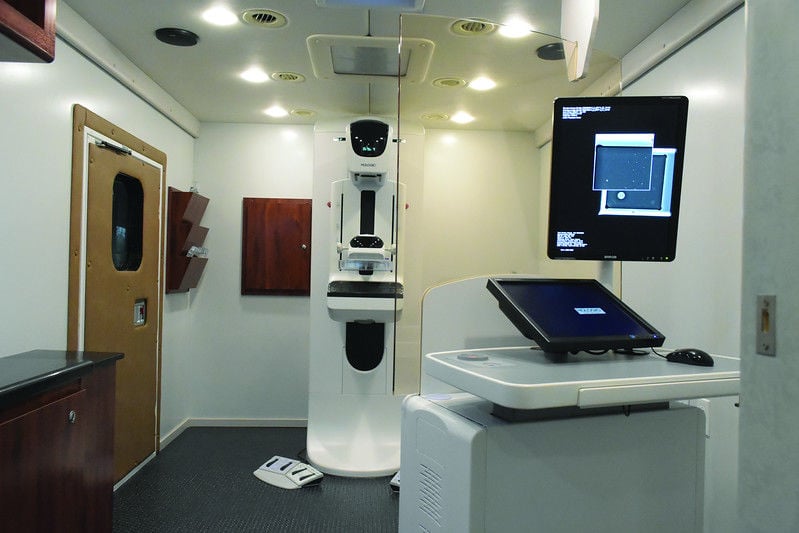 The stairs and entry to the new CHRISTUS Trinity Mother Frances Ross Breast Center mobile Mammography coach are designed with slip resistant flooring to provide stability as patients enter. The coach was on display at the at the Louis and Peaches Owen Heart Hospital for the 2017 Toast to East Texas kickoff event Thursday, March 2, 2017 in Tyler. (LouAnna Campbell/Tyler Morning Telegraph)

“Never give up” is the message written on the side of a purple motor coach where East Texans soon will enter to get breast exams.

It's not a tour bus for a celebrity or a rock star, but it could be. The soft touches and color scheme are meant to create a relaxing atmosphere similar to what you may see at a spa.

The purple motor coach belongs to Christus Trinity Mother Frances Ross Breast Center, and it will start rolling around East Texas on Monday to bring mammography services to women in rural areas where mammograms are not available.

The mobile mammography coach was made possible by the Christus Trinity Mother Frances Foundation Women’s Board through their 2016 A Toast to East Texas event.

“The women’s board raises money that goes directly to women and children’s medical needs in East Texas,” Jion Dietz, 2017 A Toast to East Texas co-chair, said.

The coach was unveiled and on display for tours at the Louis and Peaches Owen Heart Hospital during this year’s A Toast to East Texas fundraising kickoff event in the lobby of the heart hospital on Thursday evening.

“It’s going to reach women in areas that won’t make the trip to Tyler for a breast exam,” said Natalie Hanson, mammography compliance coordinator at the Christus Trinity Mother Frances Ross Breast Center. “We’re going to be able to go to them and make it quick and convenient for them.”

The coach is equipped with a new full field digital mammography unit that provides a lower dose to the patient and processes images at a faster speed. The high-resolution monitors provide fine detailed images as they are acquired.

“The coach was ordered almost a year ago,” said Lourie Ziegler, manager of Ross Breast Center. “We’ll be able to offer our services to women all over East Texas. They don’t have to come here. We will go to them and provide them the same level of care they would get in our clinic.”

A Toast to East Texas is a series of 10 to 12 parties from mid-April to mid-May. In 2016, the series raised more than $280,000. The funds raised during 2017 will be used for a newly planned pediatric waiting room in the emergency department at Christus Mother Frances hospital - Tyler.

“This past year was a wonderful success, and we are incredibly proud to be carrying this event forward in 2017,” Ms. Dietz said. “The women’s board and the surrounding community are committed to maintaining this effort and to enacting a positive and lasting impact in women’s health care.”