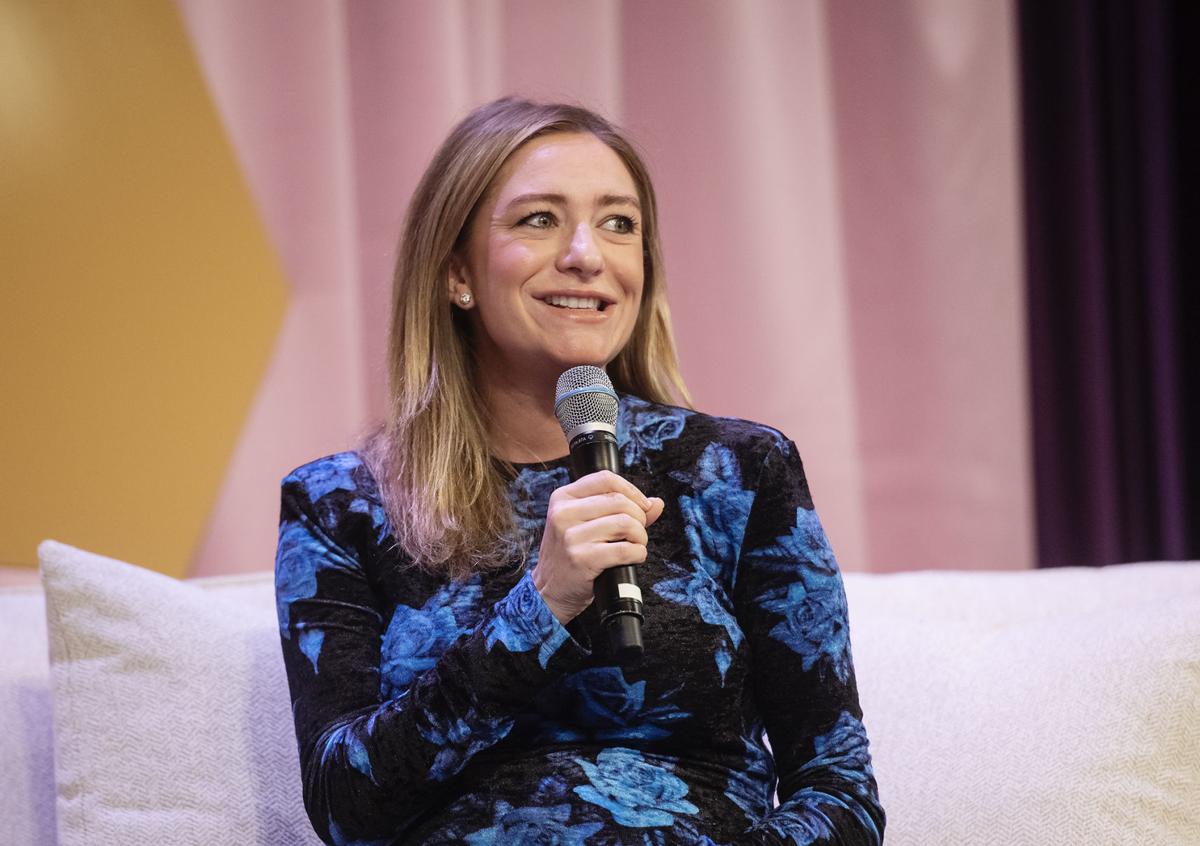 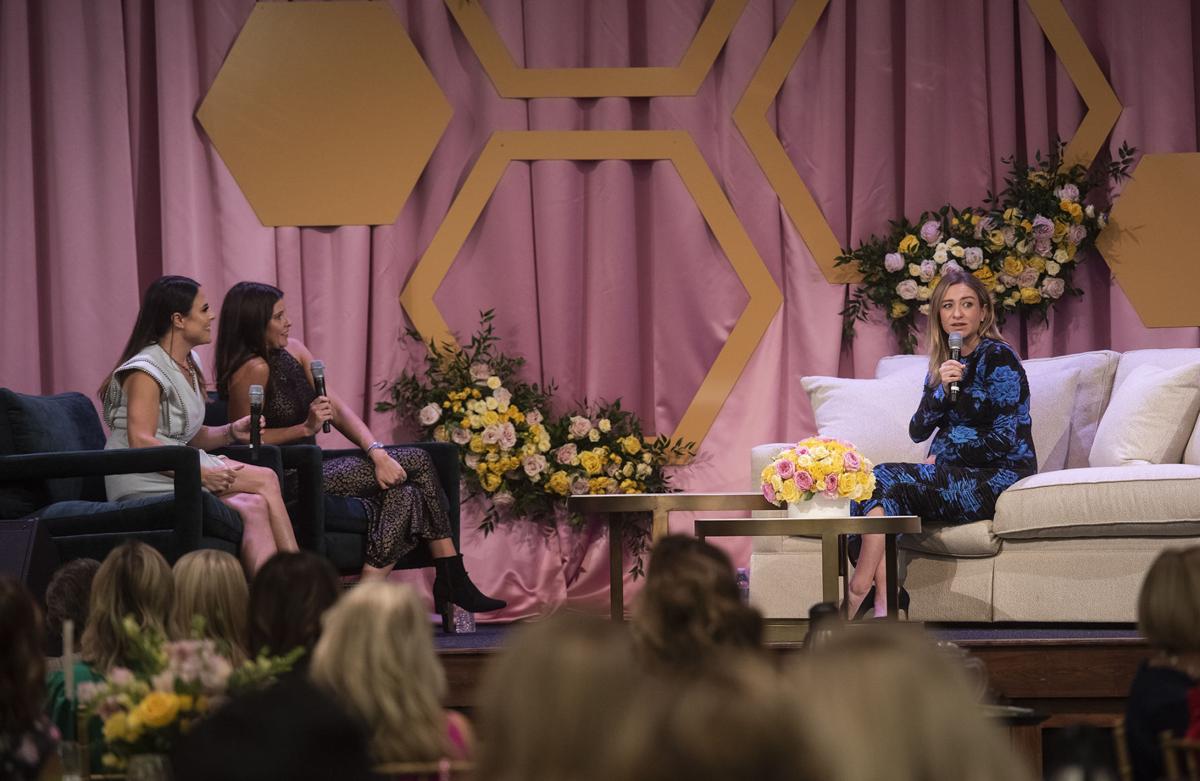 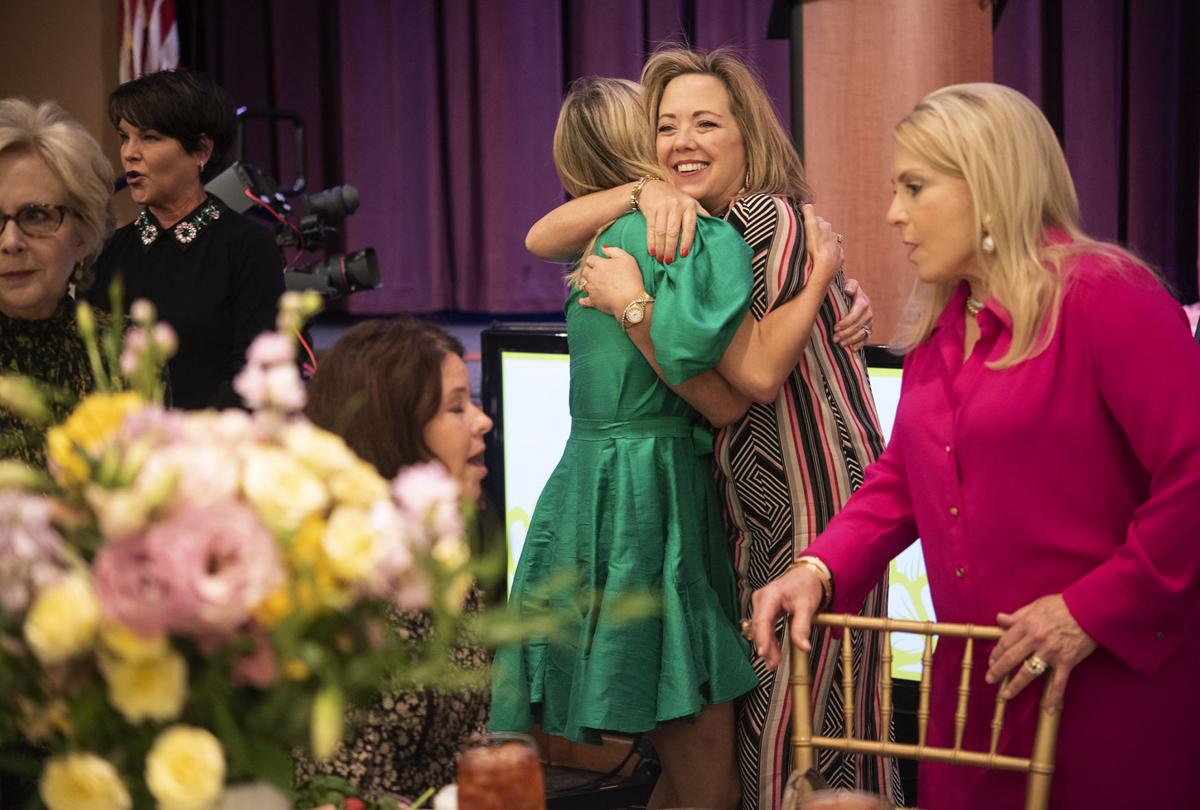 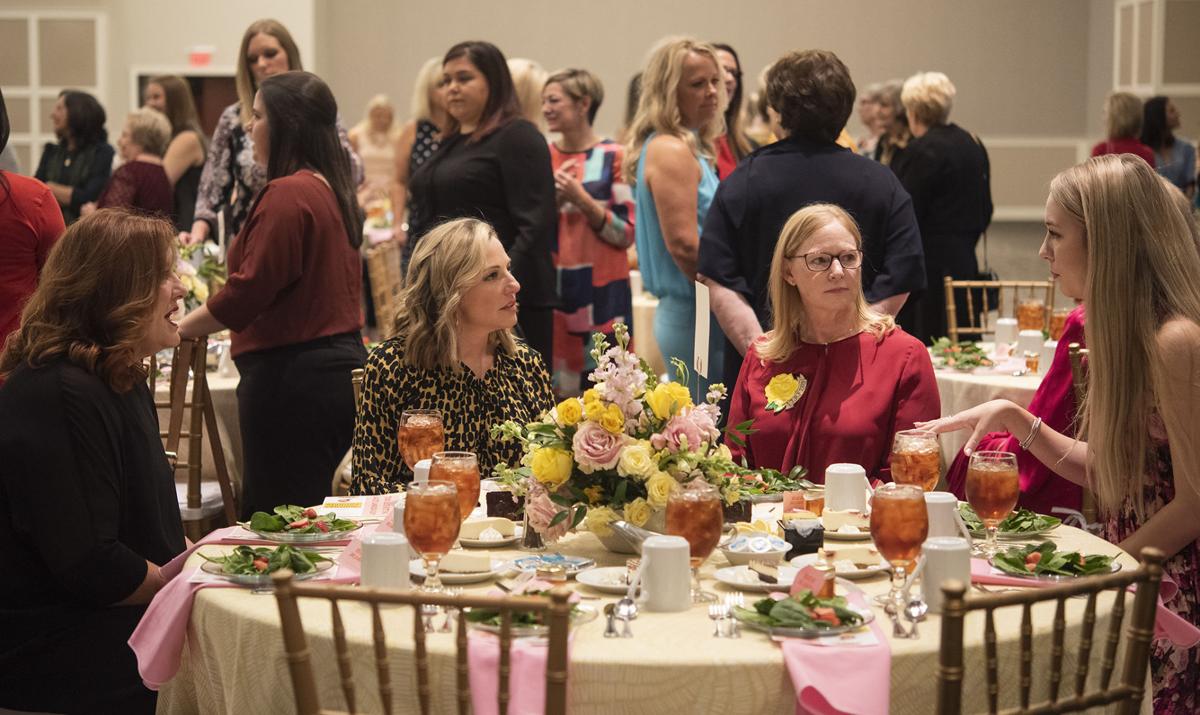 Her app — which requires women to make the first move in a relationship — has attracted 72 million users in 150 countries and grown into a company worth more than $1 billion.

Bumble has expanded to include features that match people for friendship and business and a print magazine, and Herd helped lead the effort to create a new Texas law against sending unwanted sexual photos online.

“I would not say I woke up one day and said, ‘I want to be a businesswoman. Where’s my business suit?’” Wolfe Herd, 30, said Friday at the Ladies Luncheon of the 86th Texas Rose Festival at CrossWalk Conference Center. “It was really that I wanted to solve a problem.

“And I really was struggling with being abused online,” Wolfe Herd said. “I had left — I co-founded Tinder. So for those of you who don’t know what Tinder is, Tinder is basically the Men’s Luncheon of dating apps. … It’s all about the men, and it’s very focused on making sure that it is really geared toward a masculine experience.

“What happens is the women become alienated, and what was happening on this other dating app, and started to happen to me when I left the company, which was I was being attacked by strangers on the internet, and it really, as silly as it sounds, depleted my self-worth.”

Tinder settled Wolfe Herd’s lawsuit — which claimed, among other things, that her co-founder and ex-boyfriend said having a woman with the title co-founder made the company seem like a joke. The Washington Post reports the settlement was in Wolfe Herd’s favor, but came with a confidentiality agreement.

At the time, he was in the process of building a cabin on the outskirts of Tyler near the airport. She said she convinced him to add a bathroom and other amenities to the floor plan, but forgot about securing a good Wi-Fi connection. So she used the internet in public places.

“I’m pretty sure I built the bulk of Bumble from a Brookshire’s parking lot,” Wolfe Herd said, referencing the grocery store. “That’s actually not a joke.

“There were days where I would sit and pace the aisles of Fresh on conference calls,” she said. “I actually spoke to the prime minister of a country from the milk aisle because that’s the only place I got service in Fresh. So these are true stories.”

Wolfe Herd said a lot of people she knows have built great brands and technology companies in large offices in New York City or Silicon Valley, but “I kind of laugh to myself and say, ‘Well, the Fresh parking lot was a great place to launch a brand.’”

When she needed to communicate the Bumble message to her staff, she put stickers and pink tennis balls on the tennis courts at Willow Brook Country Club on West Erwin Street that said, “The ball is always in her court.”

That grew into a television commercial during the Super Bowl this year in which tennis star Serena Williams tells women not to wait for others to give them the power they need.

“I felt really terrible about myself,” Wolfe Herd said about her experience being abused online. “I said, ‘I can either let this swallow me, and I can be erased by this, or I can try to find a way to build a solution.”

She added: “Any of us have the potential to build the next Bumble or to make impact in this world. It all comes down to, ‘What’s the problem you’re trying to solve?’”

In a ceremony that paid tribute to women who have graced the silver screen and inspired others, Hanna Claire Waits was crowned queen of the Te…

Who shall separate us from the love of Christ? Shall trouble or hardship or persecution or famine or nakedness or danger or sword? No, in all these things we are more than conquerors through him who loved us.