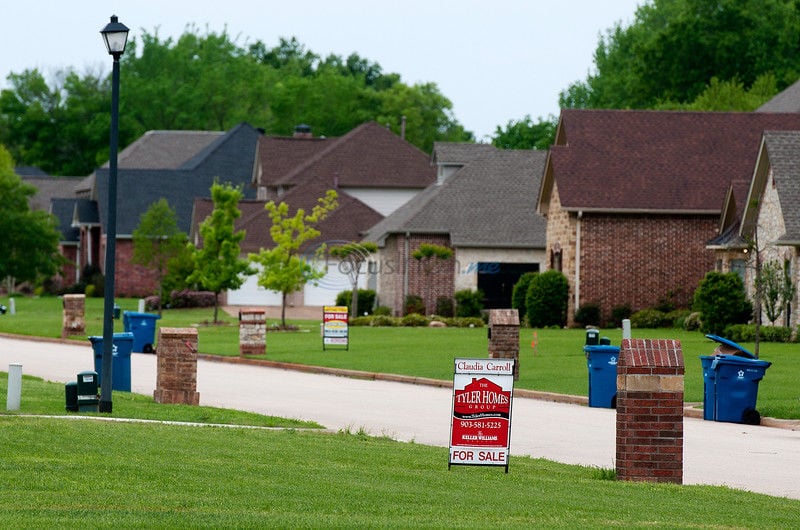 Homes for sale Friday, April 10, 2015, in the Windsor Estates Subdivision north of Bullard. The community is experiencing a growth spurt with new home and business construction booming. (Andrew D. Brosig/Staff) 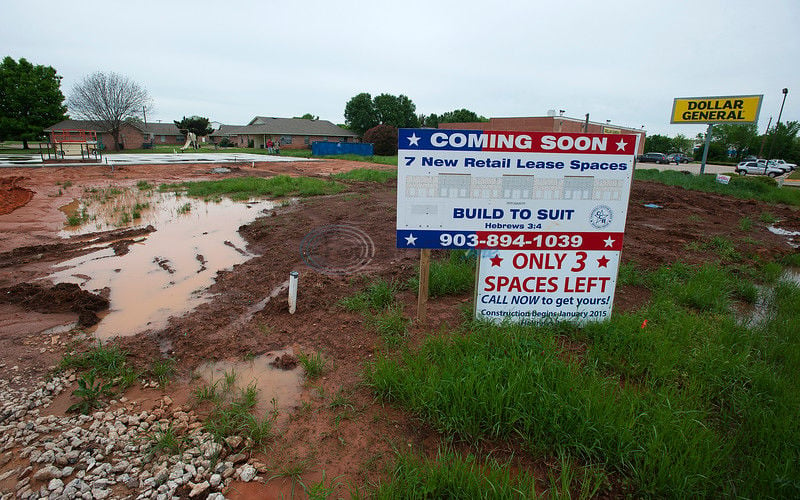 Construction of a new multi-tenant business building is underway on Main Street in Bullard on Friday, April 10, 2015. The community is experiencing a growth spurt with new home and business construction booming. (Andrew D. Brosig/Staff)

Homes for sale Friday, April 10, 2015, in the Windsor Estates Subdivision north of Bullard. The community is experiencing a growth spurt with new home and business construction booming. (Andrew D. Brosig/Staff)

Construction of a new multi-tenant business building is underway on Main Street in Bullard on Friday, April 10, 2015. The community is experiencing a growth spurt with new home and business construction booming. (Andrew D. Brosig/Staff)

BULLARD — Electric saws, nail guns and portable generators create a symphony of change all around Bullard. They are the sounds of growth. It's music to the ears of many residents but a shrill reminder for others that with growth comes pain.

Bullard city and school district officials know growth is coming. Both have been experiencing it and subsequent growing pains for several years.

On Thursday, officials from the city and school district will meet to discuss expected growth and how they can work together to best accommodate residents and each other.

The sights and sounds of growth are evident.

There's a line of vehicles at the intersection of Old Jacksonville Highway and Farm-to-Market 344 during school hours and after 5 p.m. An overpass was installed to keep traffic on FM 344 (Main Street) flowing under an increasingly busy U.S. Highway 69 in 2010.

The town has added more water and sewer capacity in recent years.

Subdivisions are rising where cattle once grazed. Houses are selling as quickly as they are being built.

More residents and families are good for businesses and a growing town. But population growth also can stress infrastructure, including water, sewer, roads and schools.

Bullard's growth has come at a cost. Property owners in Bullard pay more than $2 per $100 valuation in city and school taxes combined, second in the county only to Troup at $2.10 per $100 valuation. A $45 million school bond that goes before voters May 9, which school officials said is needed to keep pace with expected growth, would increase the school's property tax rate 20 cents and put Bullard taxpayers at the top of the Smith County taxpayer list.

Roger Johnson, a former city council member, said people are moving to the city of more than 2,600 in droves for the lifestyle and top-rated schools.

Both are planning, cooperating and investing with Bullard's long-term future in mind, he said.

"Bullard is no Field of Dreams where you build it and they will come," Johnson said. "We need to build it because they are coming."

Morgan said economic ripples from the recession affected Bullard's growth for a short time and in a small way, but that new rooftops are popping up as fast as builders can build.

"It slowed a little," he said. "But right now, it's going gangbusters with a lot of growth in the south and north of the city."

Morgan expects the growth to continue in every direction.

The city's population grew more than 125 percent since the 2000 census.

Growth is a good problem, he said.

"Either you're growing or you're drying up," Schneider said.

Schneider said the dual meeting later this week is a good indication that community stakeholders understand how the school district, the city and economic development are interrelated.

Growth also helps fuel the argument for the district's $40 million bond proposal. The bond is expected to address a spectrum of district officials' concerns, including old, inadequate buildings and traffic and road redesign.

"Come down and visit the campus when parents are dropping off and picking up kids," Schneider said. "That's a good indication of the growth and what we are facing."

But some residents aren't as excited about changes. Several residents and a few business owners approached by the Tyler Morning Telegraph did not want to go on record because their statements could be construed as negative toward the city and school district.

They voiced complaints about traffic congestion and concern about the property tax rate and whether the city and school district are preparing for the future in the most cost-effective and complementary way.

Former mayor Connie Vaughan said he understands what city and school officials face. The influx creates demand for more and better roads and schools. It takes tax revenue to address those needs.

But Vaughan is concerned both entities are not addressing imminent and extended needs in a practical, methodical action.

Vaughan has concerns about Bullard's commitment to well water as a long-term source. He worries that without a long-term surface-water source, the town could be left high and dry decades down the road.

He was around when the council decided to expand its sewer system and when the last school bond passed. Vaughan said both plans were under built.

Vaughan worries the city and the school district are moving forward with plans, "because they can, not necessarily because there's a need."

These are some of the reasons why Marvin Hollingsworth expects he will move from his home of more than three decades just outside Bullard's city limits. He already pays school taxes and faces an additional $370 in annual city taxes if an ongoing annexation process entangling his and other surrounding properties is completed.

Smith County Appraisal District Chief Appraiser Mike Barnett said Bullard is one of Smith County's top growth sectors along with Lindale, Whitehouse and southern Tyler. His office estimates the city's tax base grew 10 percent in the past year. The school district's tax base grew about 5 percent, with $20.8 million in new construction, which accounted for 3 percent of the increase.

"There's new commercial, new subdivisions," he said. "It's one of the growth areas that is readily identifiable."

Johnson said he doesn't expect any of the city's growing pains to deter growth anytime soon. He said the meeting between the city and school district is a good sign the entities want to be involved in each other's future plans.

"I think they're both right on target," Johnson said. "I think they're meeting to make sure they complement each other and maintain the quality of life that continues to attract people to Bullard."

The joint meeting is at 6 p.m. Thursday at the Bullard ISD Administration Building, 1426B S. Houston St.