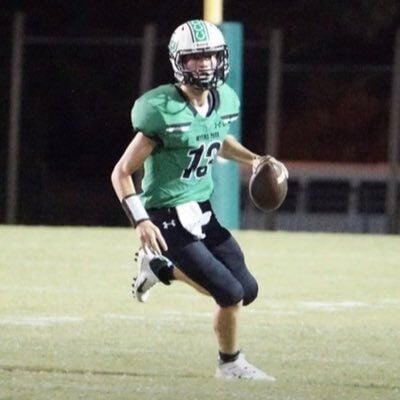 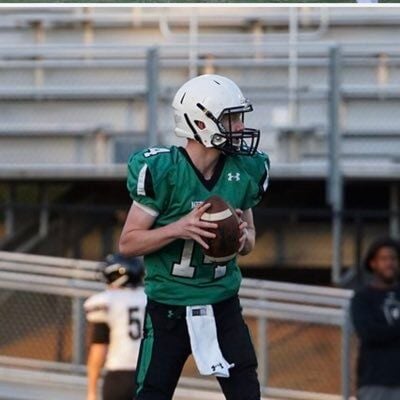 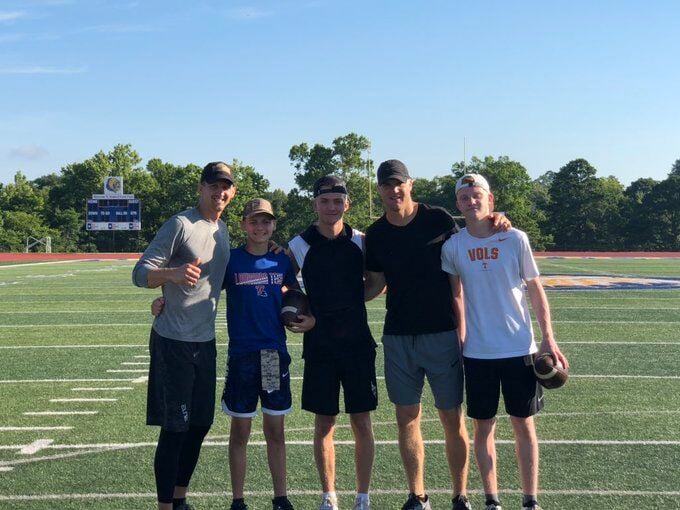 Owen McCown and Aiden McCown, who have enrolled at Rusk High School, are pictured with their father, Josh McCown, their uncle, Luke McCown, and their cousin, Jonah McCown. 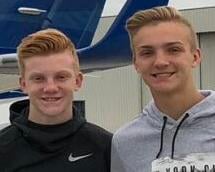 Owen McCown and Aiden McCown, who have enrolled at Rusk High School, are pictured with their father, Josh McCown, their uncle, Luke McCown, and their cousin, Jonah McCown.

McCown is a name that is well known throughout East Texas.

Brothers Randy, Luke and Josh McCown all played quarterback for Jacksonville High School and went on to the Division I level. Luke and Josh both had long NFL careers.

Now, two of the next generation of McCowns have transferred to Rusk High School from Myers Park High School in Charlotte, North Carolina.

Josh McCown and his family recently purchased a house in Rusk, and his two sons, Owen and Aiden, will play for the Rusk Eagles.

Owen is a junior, and Aiden is a sophomore.

Owen McCown threw for 123 yards last year as a sophomore at Myers Park while playing behind four-star quarterback Drake Maye, who has committed to the University of North Carolina.

Owen McCown has already picked up offers from Virginia Tech, UNLV and Charlotte.

Aiden is also a quarterback, like the rest of the McCown family.

Josh McCown threw for 7,503 yards in college at SMU and Sam Houston State. He then played in the NFL from 2002-19 with Arizona, Detroit, Oakland, Miami, Carolina, San Francisco, Chicago, Tampa Bay, Cleveland, New York Jets and then Philadelphia last season.

Luke McCown threw for 12,666 yards in four years at Louisiana Tech. He played in the NFL from 2004-17 with Cleveland, Tampa Bay, Jacksonville, New Orleans, Atlanta, back to New Orleans and then Dallas.

Owen and Aiden also play basketball, so they could join Rusk on the hardwood, as well.