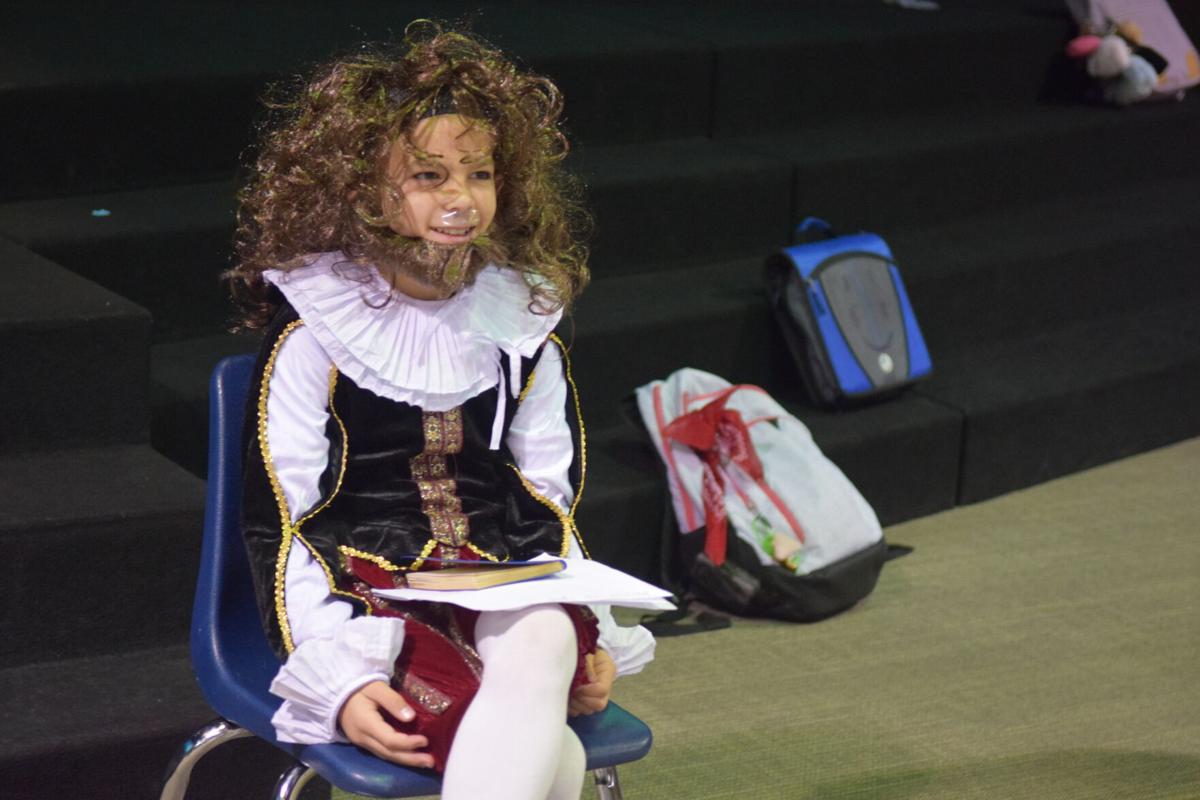 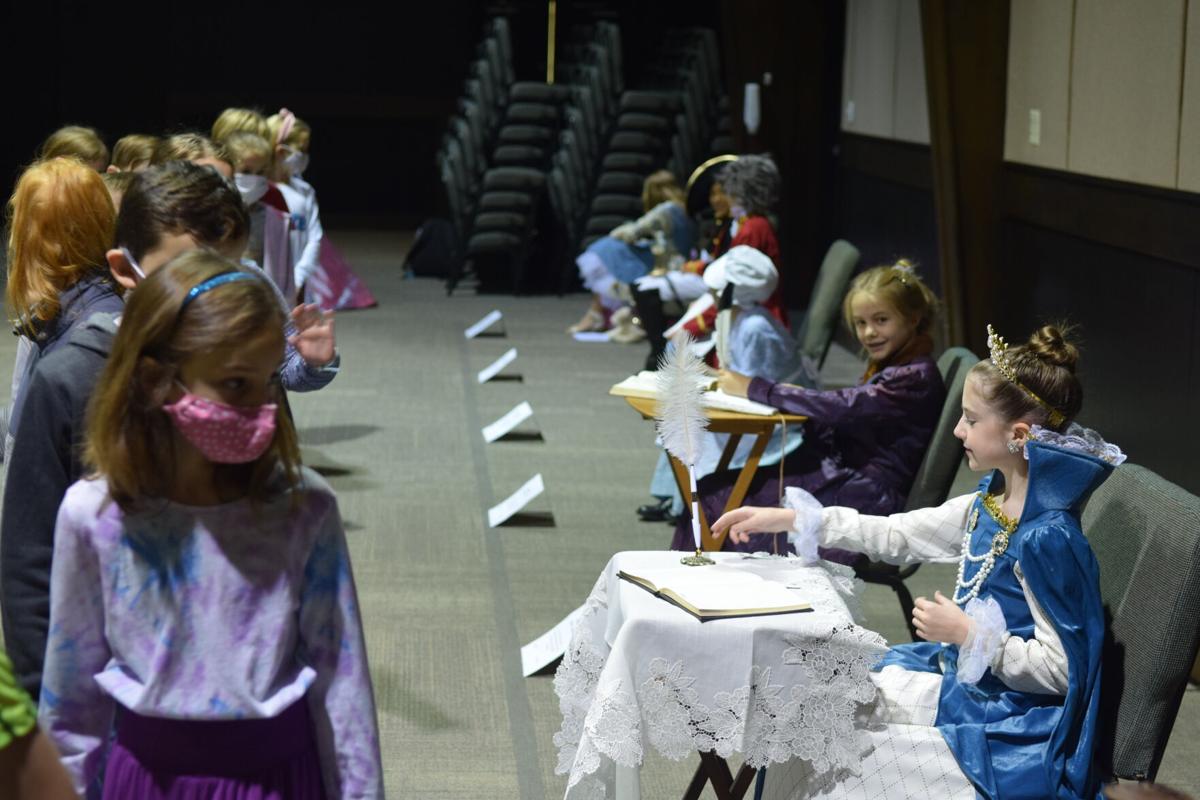 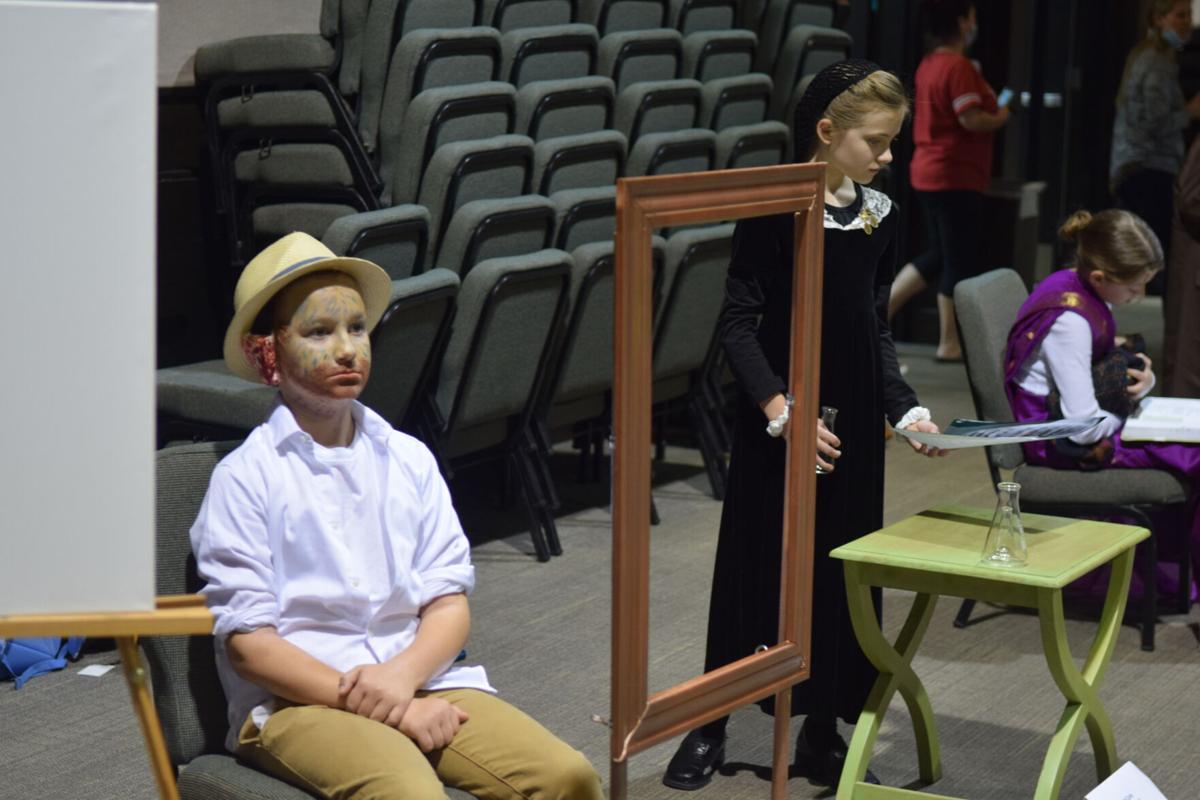 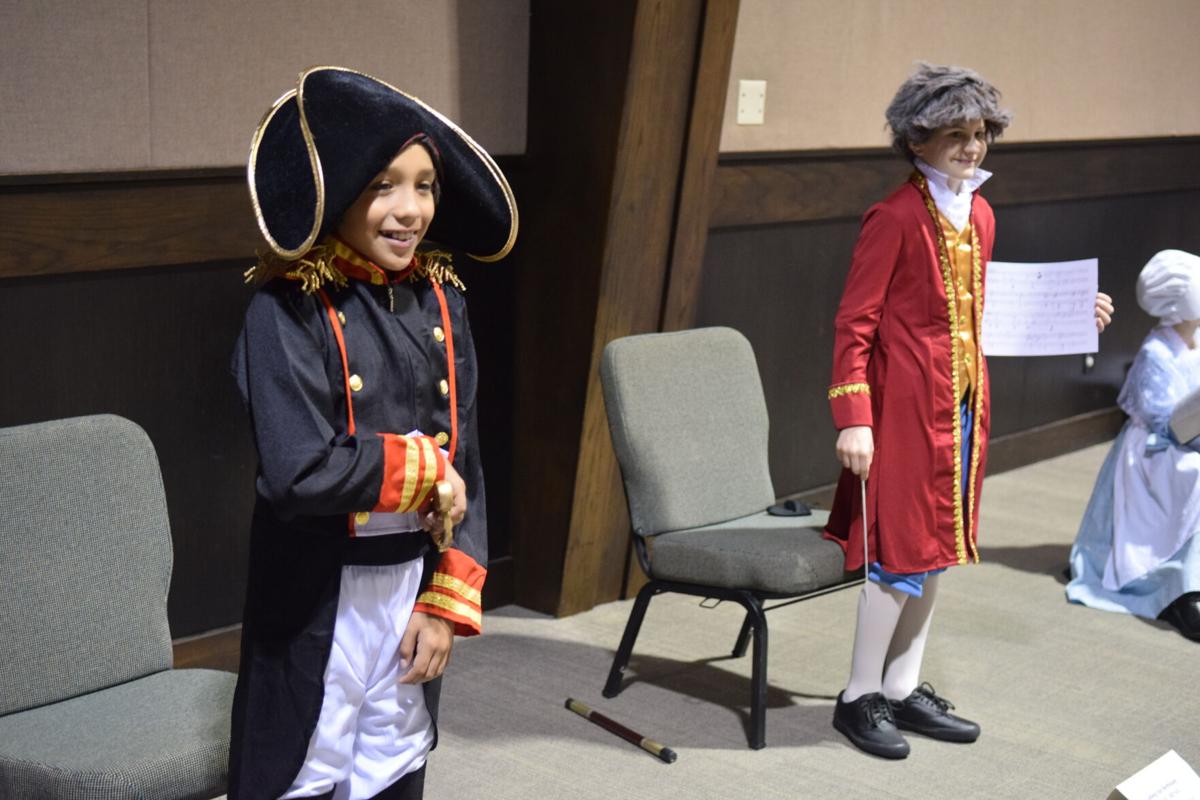 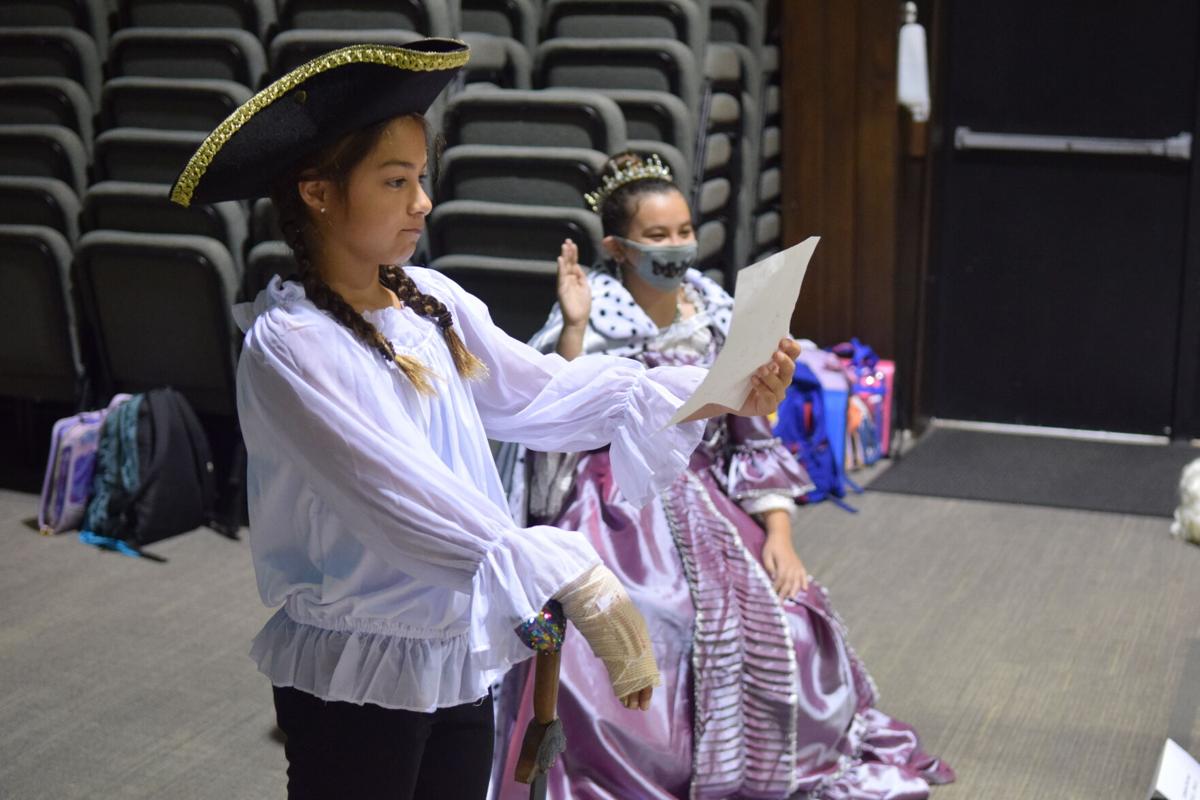 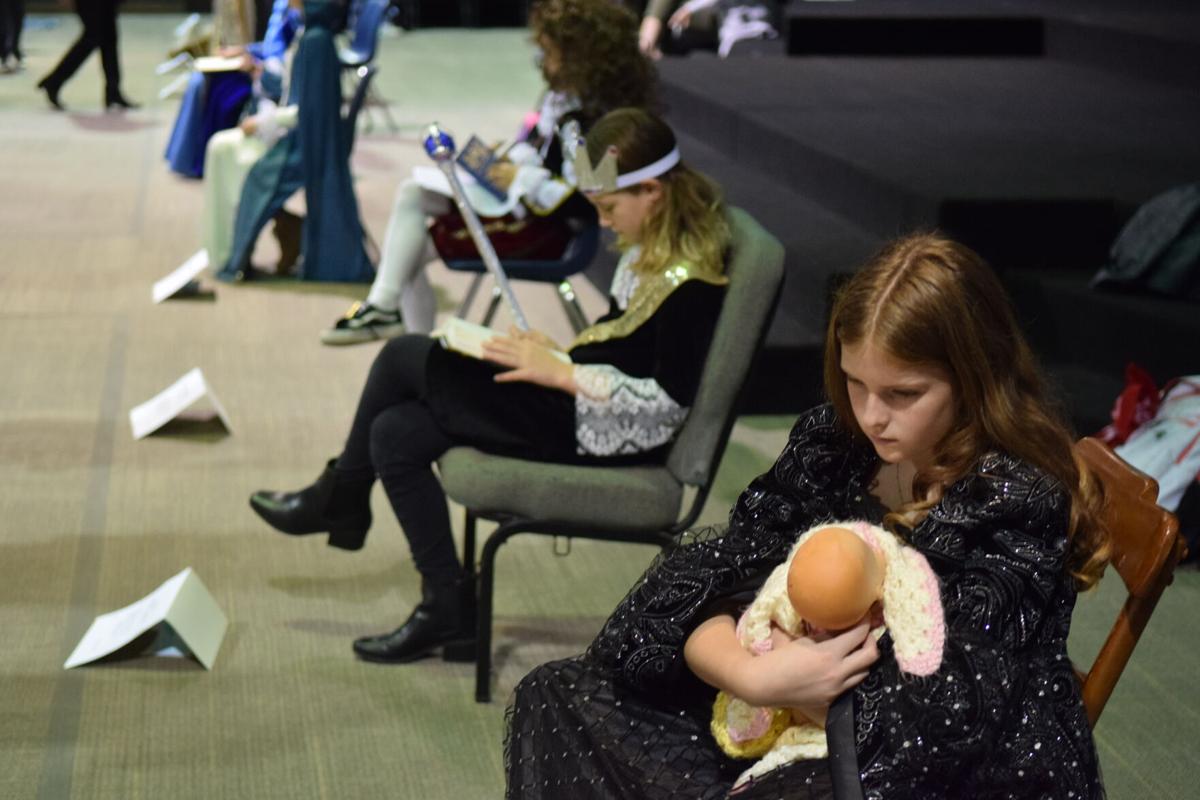 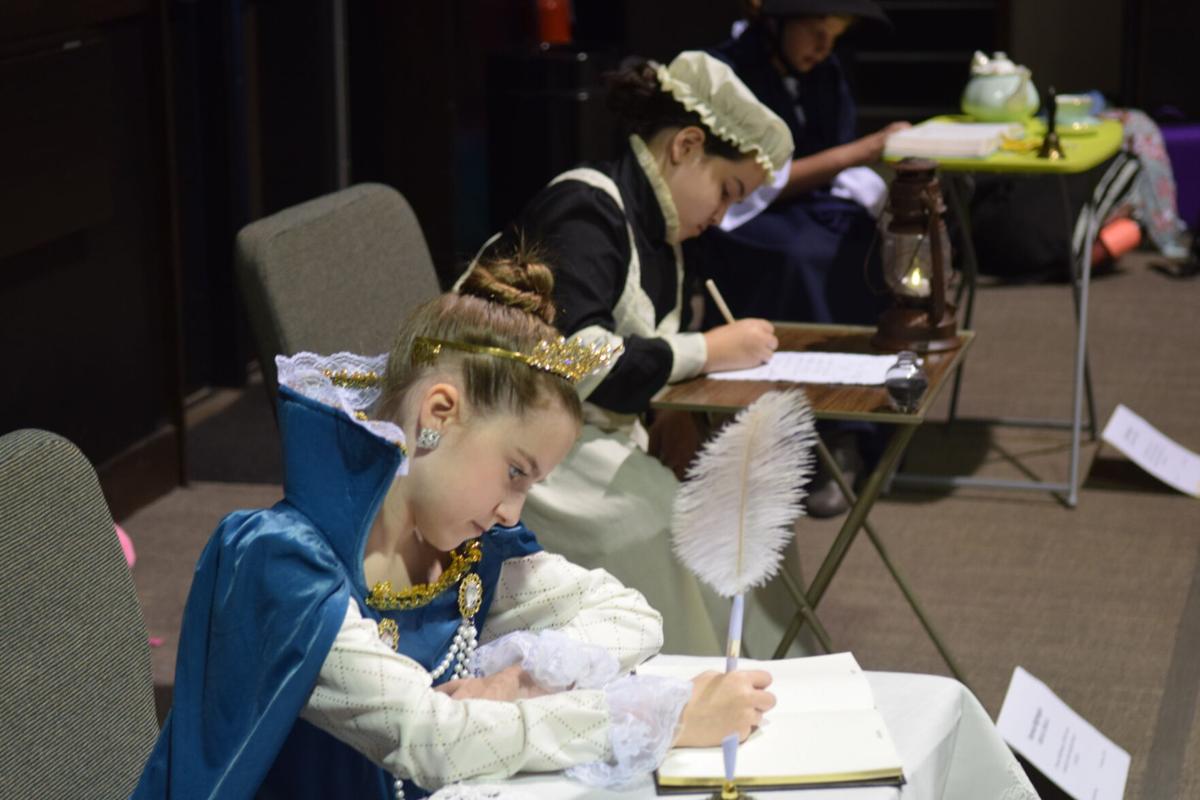 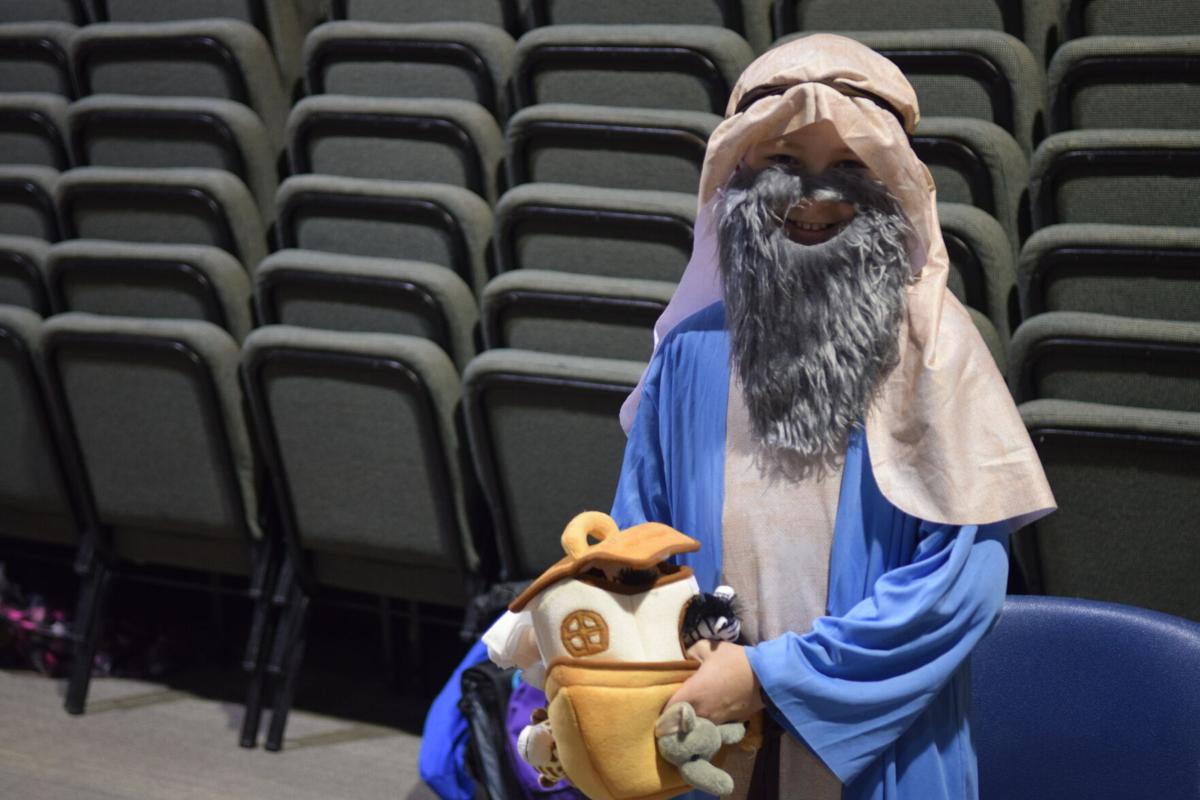 Grace Community School fifth-grader Carter Zimmerman portrays Noah from the Genesis narrative of Noah’s Ark during the annual wax museum presentation Wednesday morning. The fifth-grade humanities class studied historical figures of the Eastern Hemisphere across time and then dressed up as different characters. 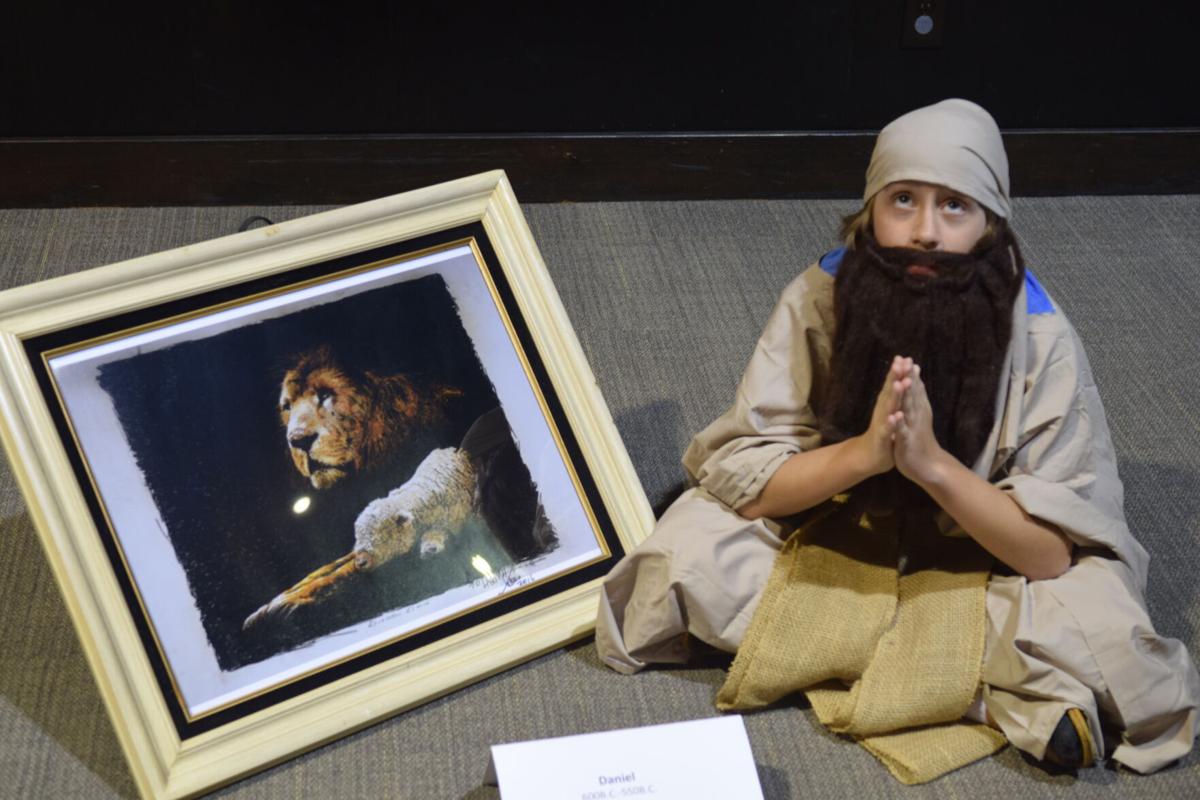 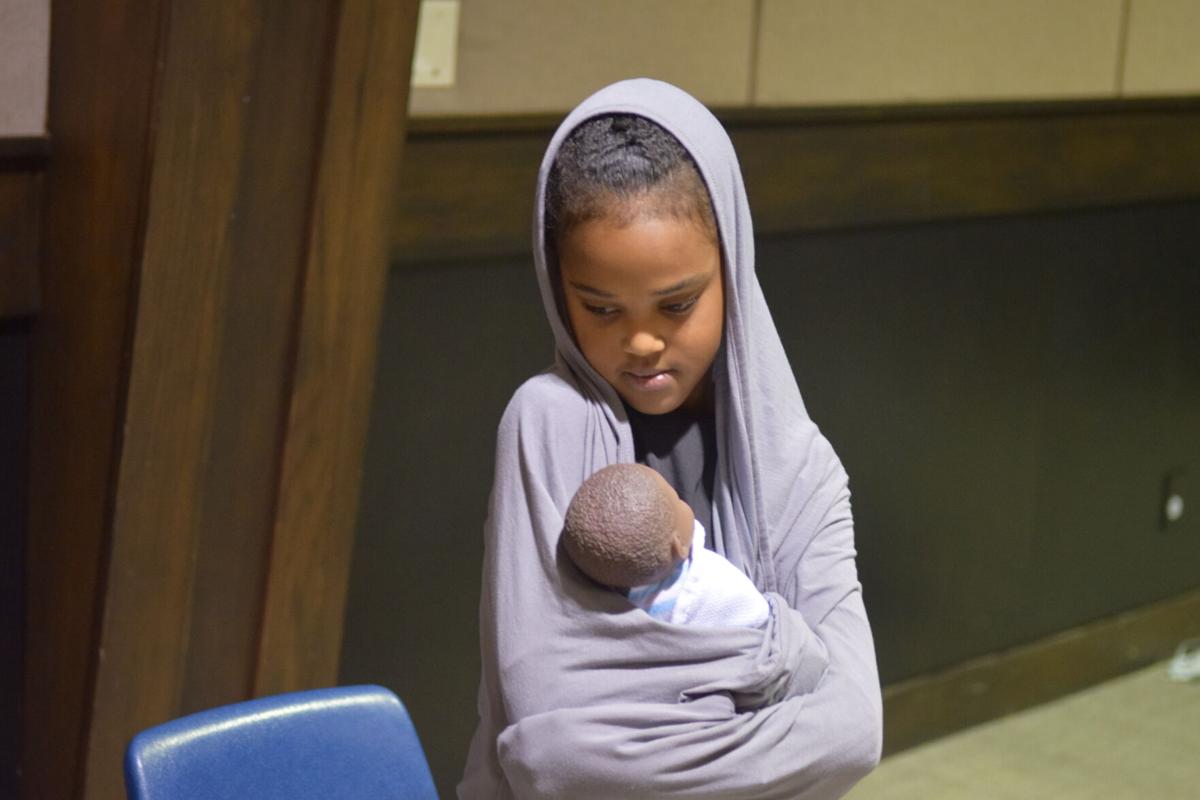 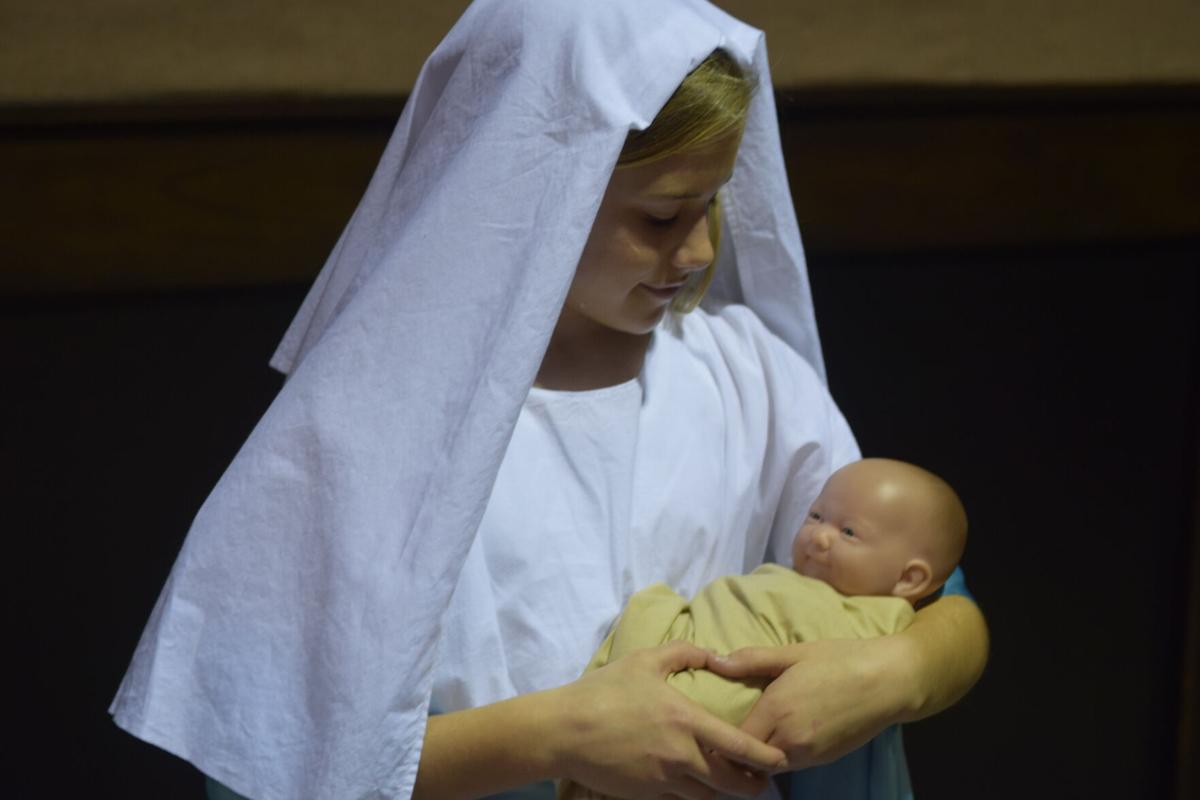 Grace Community School fifth-grader Libby Rath portrays Mary, the mother of Jesus, during the annual wax museum presentation Wednesday morning. The fifth-grade humanities class studied historical figures of the Eastern Hemisphere across time and then dressed up as different characters.

Grace Community School fifth-grader Carter Zimmerman portrays Noah from the Genesis narrative of Noah’s Ark during the annual wax museum presentation Wednesday morning. The fifth-grade humanities class studied historical figures of the Eastern Hemisphere across time and then dressed up as different characters.

Grace Community School fifth-grader Libby Rath portrays Mary, the mother of Jesus, during the annual wax museum presentation Wednesday morning. The fifth-grade humanities class studied historical figures of the Eastern Hemisphere across time and then dressed up as different characters.

Dressed in elaborate costumes, a class of 47 fifth-graders stood as still as possible Wednesday morning to make history come to life for themselves and younger students.

Judy Miller, fifth-grade humanities teacher, said the kids dressed up as historical figures from the Eastern Hemisphere – much of Europe, Africa, Asia, Australia, and the islands of Oceania – ranging across time.

The timeline of people begins with Adam and Eve and concludes with Diana, Princess of Wales. The cross stands at one point to signify the time before Christ, B.C., and the time after known as Anno Domini, A.D.

Classes of second, third and fourth-graders and parents strolled around the campus auditorium as the upper-level students brought history out of the pages of books.

“It’s fun to see their old teachers coming through,” Miller said. “That just makes it special for them.”

Throughout the activity, an announcer spoke over a speaker to let the statues know when to be motionless and when to take a deep breath and relax.

One of the statues was Dutch artist Vincent van Gogh, who was portrayed by student Clive Johnson, along with the famous missing left ear.

With the help of his grandmother’s skills in stage makeup and prosthetics, Clive became one of the most famous people in the history of Western art.

He chose the character because of his grandma’s interest in van Gogh.

“My grandmother really loves van Gogh. They got to see his paintings (at a museum),” he said. “And she just loves him.”

She painted Clive’s face with makeup and built the missing ear that laid on the floor next to him during the museum display.

Johnson said he enjoyed “just having fun and having people laugh, not at me but at my ear.”

In addition to dressing up, Clive also learned interesting information about who van Gogh was.

“He had anger issues, which I never knew,” he said. “He actually painted his most famous painting, “Starry Night,” in an asylum.”

Miller explained that while the pieces of the costumes may come from places like Amazon or a store, the creativity comes from the kids’ imagination.

“I think it helps them realize that time and place can influence events,” she said. “You put on a costume and history’s fun.”

Before transforming into statues, the students read books about the historical person’s life to use for their written assignment and costume.

“It’s fun to watch them get into the character,” Miller said.

Wearing a black-and-gold robe, fifth-grader Gwyneth Sheridan became the Egyptian queen, Cleopatra. She even brought a stuffed cheetah to stand beside her.

“I’ve always seen pictures of her on Halloween and I’ve always wanted to learn about her history,” she said. “It’s really fun. I’ve always liked dressing up and putting makeup on.”

During her research, Sheridan said she learned several interesting facts about Cleopatra, such as the god she worshipped, her family, pets and marriages.

Students have six weeks to work on this project, and Miller said over time she sees them begin to deeply understand the person they’re studying.

While the museum features both “good and bad” characters, Miller hopes with the students learning history, they can pay attention to the good and avoid the mistakes of the past.

“There’s consequences for things and they see that,” she said.