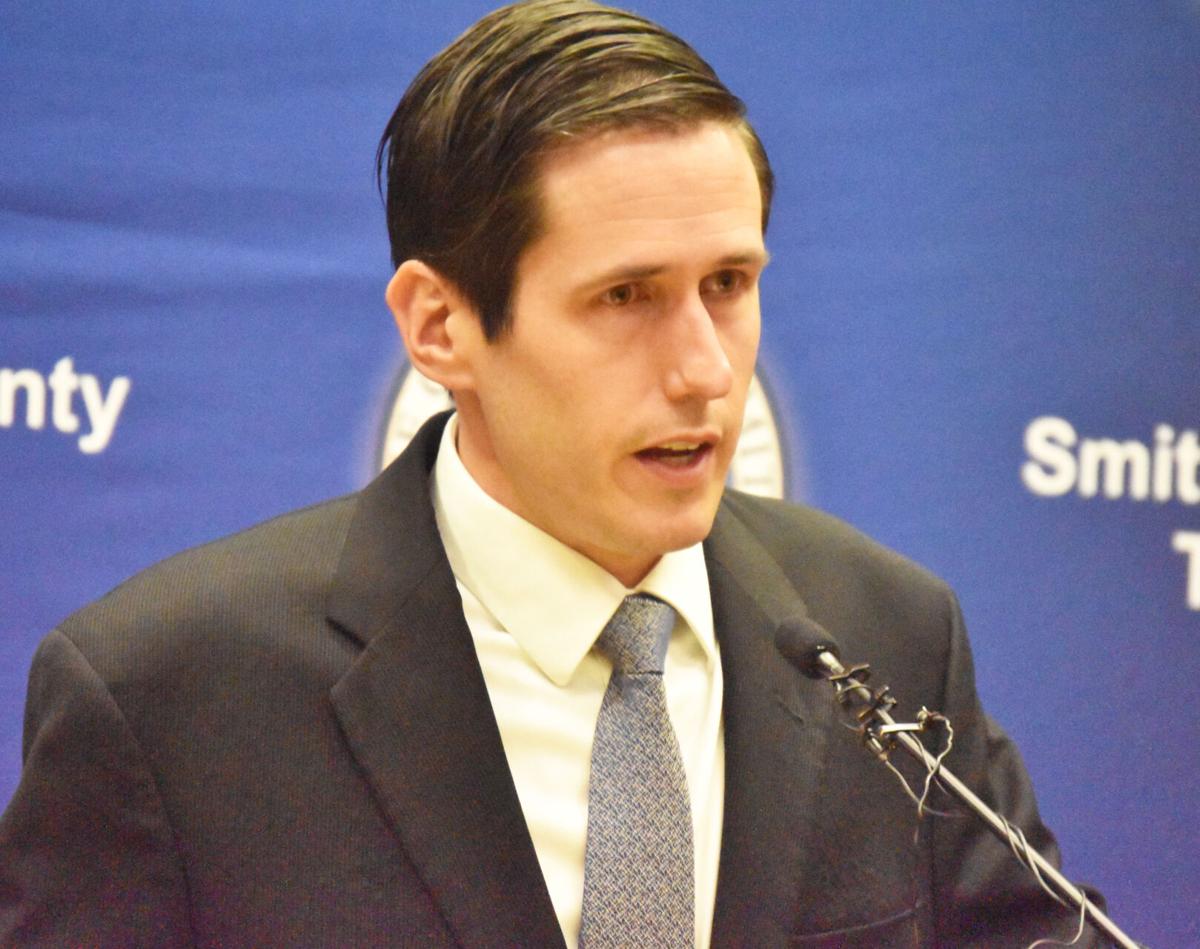 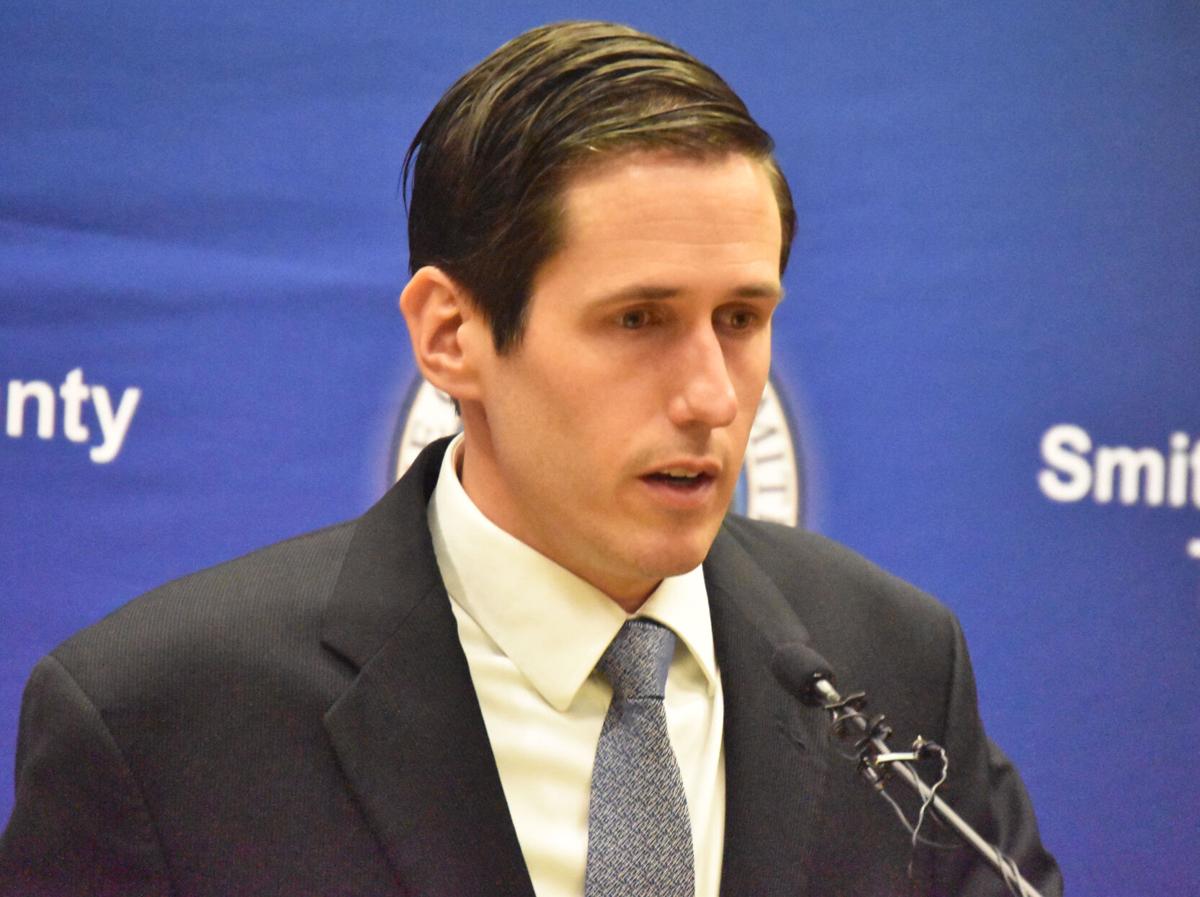 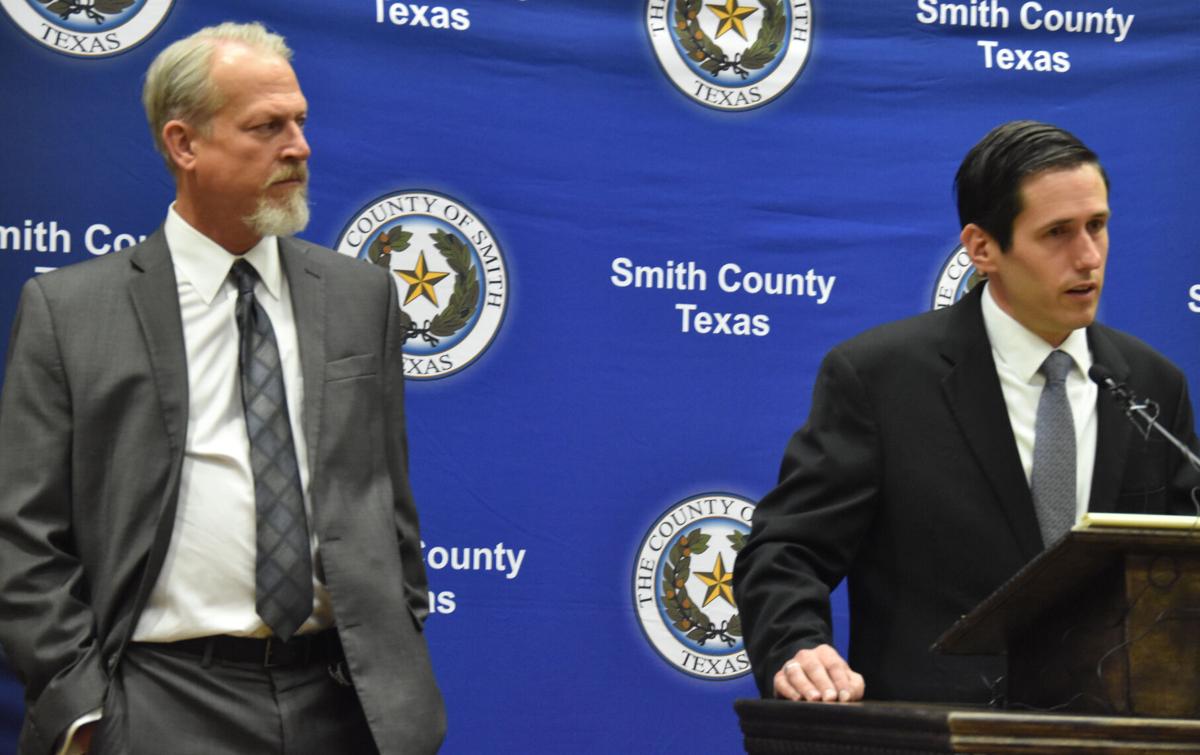 After William George Davis was sentenced to death Wednesday, Smith County District Attorney Jacob Putman said evidence and 19 days in court showed the former nurse was “cold, callous and unfeeling” and had “no love for anyone but himself.”

Davis, 37, of Hallsville, was found guilty and ultimately given the death penalty for injecting air into patients’ arterial systems while he was a nurse at Christus Trinity Mother Frances Louis and Peaches Owen Heart Hospital in Tyler, causing the deaths of patients John Lafferty, Ronald Clark, Christopher Greenaway and Joseph Kalina.

During a news conference in the Smith County Commissioners Court, Putman thanked the jurors, Christus Mother Frances, Tyler Police Department and the DA’s Office staff for their work and cooperation over the past three years and recent months.

This case would have not been possible without Christus trying to identify the victims and working with the DA’s Office to get records and interviews with witnesses, Putman said.

“Certainly the case concluding today doesn’t heal all those wounds. We can’t bring those people back. When they (families) know their loved one’s murderer is out there and nothing’s been done about it, that continues to be a source of pain for them,” Putman said.

He added the families expressed a lot of gratitude that the case concluded and appreciation for the jury’s verdict.

Putman recalled it was difficult for doctors and the nurses to believe someone they know could be going around injecting air into patients but it was the only conclusion to be drawn from the evidence.

The jail phone call between Davis and his ex-wife after his conviction last week in which Davis said he prolonged the stays of patients for his financial benefit showed he didn’t care about the victims’ families at all.

“I think he doesn’t feel regret. He doesn’t feel guilt or empathy for his victims. The only time he cried on the phone call or in court was for himself. I found it interesting the only time I observed him crying was when an expert was talking about what prison life was like,” Putman said. “I’ve cried with these victims many times. Even today in victim impact (statements), I can’t listen to all these people and the suffering they’ve been through without it getting to me. And it doesn’t phase him.”

Regarding the jail call with his ex-wife, Putman said many things Davis said were untrue.

“While he admitted to being responsible, he did not admit to his conduct. What he was saying in those phone calls was only partially true,” he said.

Davis also said in the call the deaths were accidents, a claim that Putman said was ridiculous.

“Even if that were true that he was somehow trying to prolong their illness, for someone to do that and then kill their patient and try again, you have to be the person who has no empathy,” Putman said. “To do that four times, that’s not the kind of person that’s just looking for extra shifts. It also contradicted the evidence. He said many times that he was working all the time and he was on every shift.”

Putman said Davis has been making calls for the over three years he was in jail, but this call he slipped up and started talking about the case.

There is a possibility Davis had more victims, Putman said, but noted that the notion is speculation and others would be difficult to prove.

Putman said his office is grateful the jury saw the evidence showed the need for the death penalty.

“That’s what we thought was the important outcome, and it’s the most severe penalty that we have. Certainly, Mr. Davis deserves that and more for what he did,” Putman said. “People deserve the death penalty for a lot less than what he did.”

Following the guilty verdict on Oct. 19, the prosecution presented evidence accusing Davis of three other deaths and five attempted murders.

Putman said the other patients were mentioned until the punishment phase because the state wanted to keep the evidence simple for the jury.

“The four in the indictment, that’s how they were killed by air into the arterial system. The other victims died either from air into the venous system or insulin injection. There were other victims who had air in their arterial system but they’re still alive. So they obviously couldn’t be included in the murder indictment,” he said. “Medically that would have been more confusing than helpful.”

Gary Parker, Pamela Henderson, Rickie Glenn, James Wages and Jesus Serrano were injured because of air in their arterial system. Perry Frank and James Blanks died after the injection of air into their venous systems, while James Sanders had complications and died after an intentional insulin injection.

With the help of the Tyler Police Department and Christus, Putman said the DA’s Office worked exclusively on this trial since the beginning of March.

He called the video of Kalina’s neurological event on Jan. 25, 2018, that showed Davis as the last person to enter Kalina’s room before complications began, a key piece of evidence for the hospital and police. He noted last week’s jail phone call during the punishment phase was helpful as well.

Putman said he understands people who knew Davis years ago or his family wanting to testify and say they love him.

The appeals process for the death sentence starts immediately with the Texas Criminal Court of Appeals and lasts a couple of years. The federal appeal process takes much longer, and appeals could be exhausted within 10 to 12 years, Putman explained.

Davis’ attorneys Phillip Hayes and Douglas Parks did the best they could do with the information they had, Putman said.

Parks said during closing arguments Davis missing his kids’ milestones would be a fitting punishment rather than the death penalty.

“Everyone knew that having children didn’t stop him from committing these crimes,” Putman said. “If he cared for his children, he could have spared them this embarrassment for the rest of their lives by not doing what he did.”

She came to hear all the evidence and found it interesting to learn about the court process. Taylor said Davis deserves the death penalty.

“At first, I was against it, but now I’m all for it. That’s what he deserved,” Taylor said.

More in From arrest to death sentence: Coverage of the Tyler hospital nurse murders (39 of 40)

From arrest to death sentence: Coverage of the Tyler hospital nurse murders