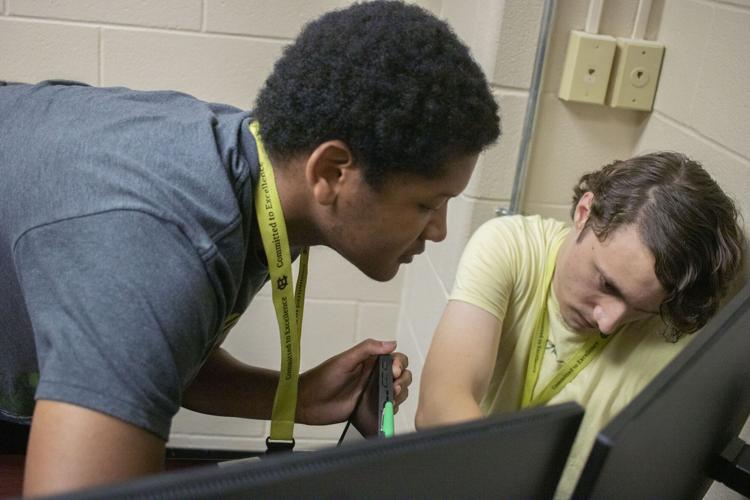 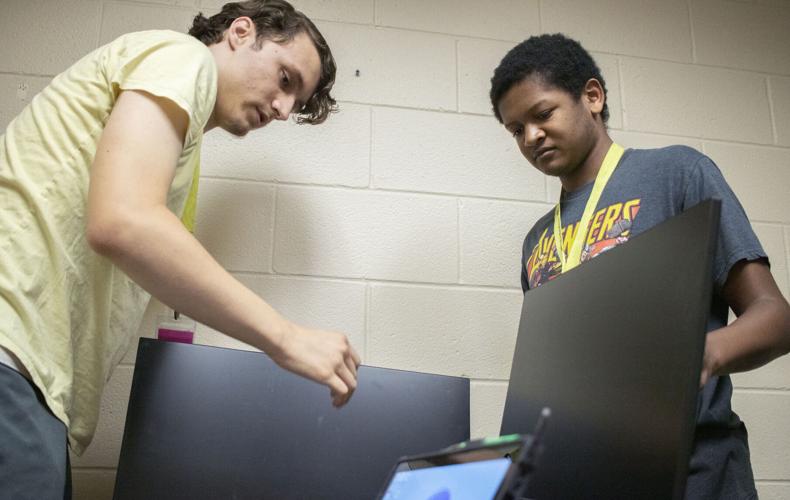 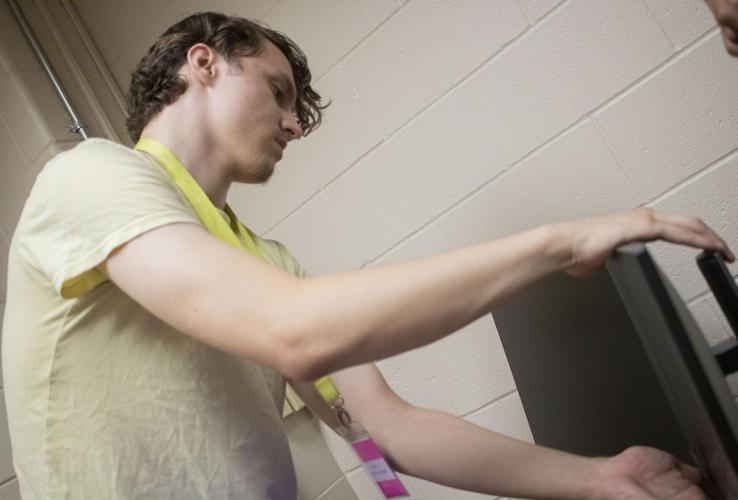 As summer ends, three students at Chapel Hill ISD are getting ready to end their summer job program as Information Technology student workers. This program has been an asset to the district and has proven to be a success for those enrolled as they have learned a numerous amount of tasks in the IT field.

Aiden Sayre and Isaiah Ates are two out of three students who have been spending their time at the campuses.

From high school, junior high and even elementary campuses, Sayre and Ates have been part of the IT team and lending a helping hand before going into their senior year at Chapel Hill High School.

In work activities such as setting up things like televisions, reimaging computers and putting them into the network, rewiring, both students have been soaking up this experience the IT field, full time since the end of May.

Sayre mentioned that his biggest takeaway has been experiencing the environment and being called out directly to help with problems, setting things up and helping people along the way.

According to Benjamin Wood, director of technology at Chapel Hill ISD, the program to bring the students into the IT field initiated recently during the school year.

“Last year we embarked on bringing on our students into the IT world. We have students that go to their career in technology classes and learn about computers and networking, things like that, so we collaborated with them. Those students now come down for half a day and they work alongside my IT team to help teachers and staff with tickets and different things like that,” he said.

Wood said students are able to apply their classroom lessons to real work settings throughout the district as they assist with technology issues.

Now that the students were able to work during summer, they had a more in-depth experience, said Wood.

“We have them for a full eight hours and we can actually take them to different areas of the district. So they get to see kind of behind the scenes of all the work that goes into making sure schools are ready for the first day of school,” he said.

He mentioned that the three students have helped with reimaging computers, which has been a numerous amount since there’s one laptop per student. This process makes sure computers are in good working order and their hardware is working for the 3,400 laptops throughout the district.

Along with a variety of needs in the department, student summer IT workers helped with deploying software for the upcoming school year, set up teacher rooms, migrate old devices out, put new devices in and help install them, Woods said.

Woods also added that the 3,400 computers are just a portion of the technology that had to be worked on. He said the number doesn’t include lab and staff devices or displays around the district.

“There’s a lot of moving parts that really have to be attended to over the summer and they’re a big asset in that,” he said.

Bret Swiney, PC technician, interacts with the students on a daily basis and mentioned the importance of the program for the future.

“When I was in school, they didn’t have this kind of program. I would love to get this experience that they’re getting right now, as they’re getting entry-level experience. They’re going to have an advantage over somebody that’s trying to get a job that doesn’t have any..,” he said. “They’re starting to get a picture of what the experience will get them as far as how to get them ahead of someone else that doesn’t have any.”

For the upcoming school year, Chapel Hill ISD will be partnering up with the Texas Workforce Commission, said Woods.

“Our students will be getting paid a wage to work within our program, certain ones that qualify for that program. We’re really excited as we build that program to be able to offer that so whenever they leave here, not only will they have internship experience, they’ll have direct paid employment that they can put on their resume,” he said.

Woods also mentioned that in the classroom students focus on industry certifications which will assist their job experience in the future.