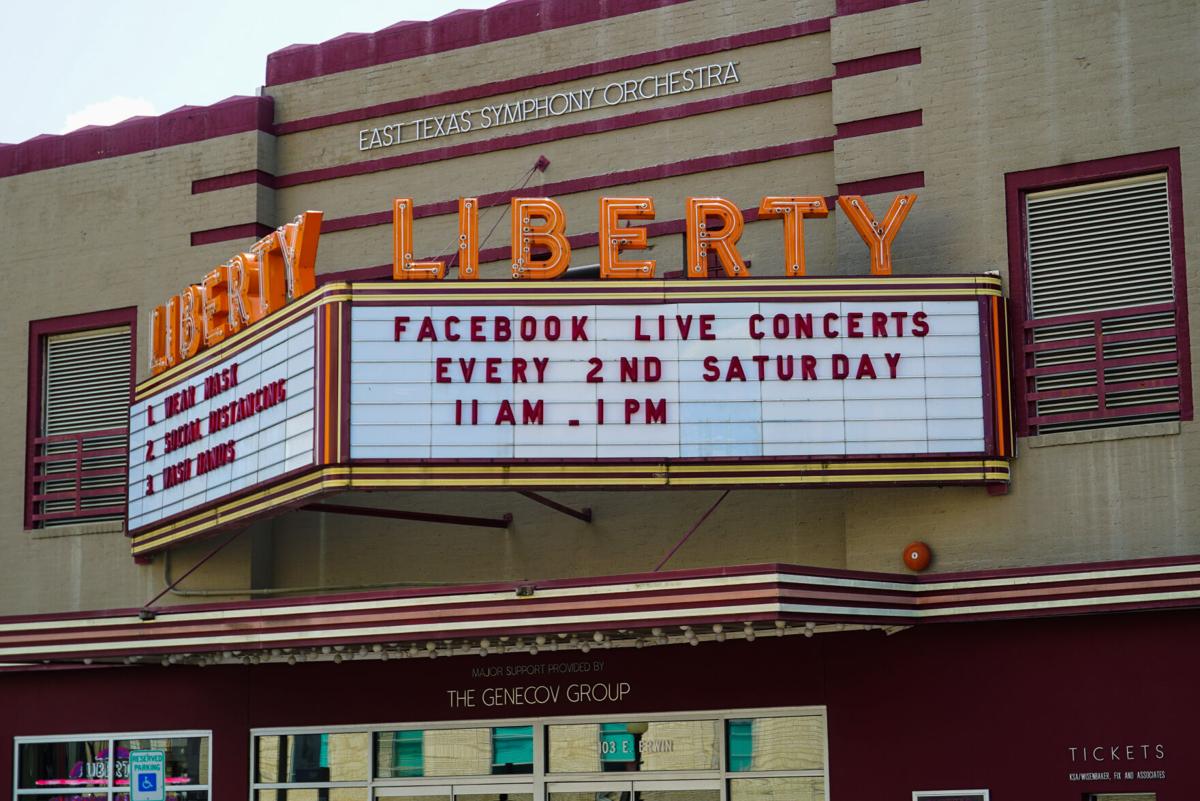 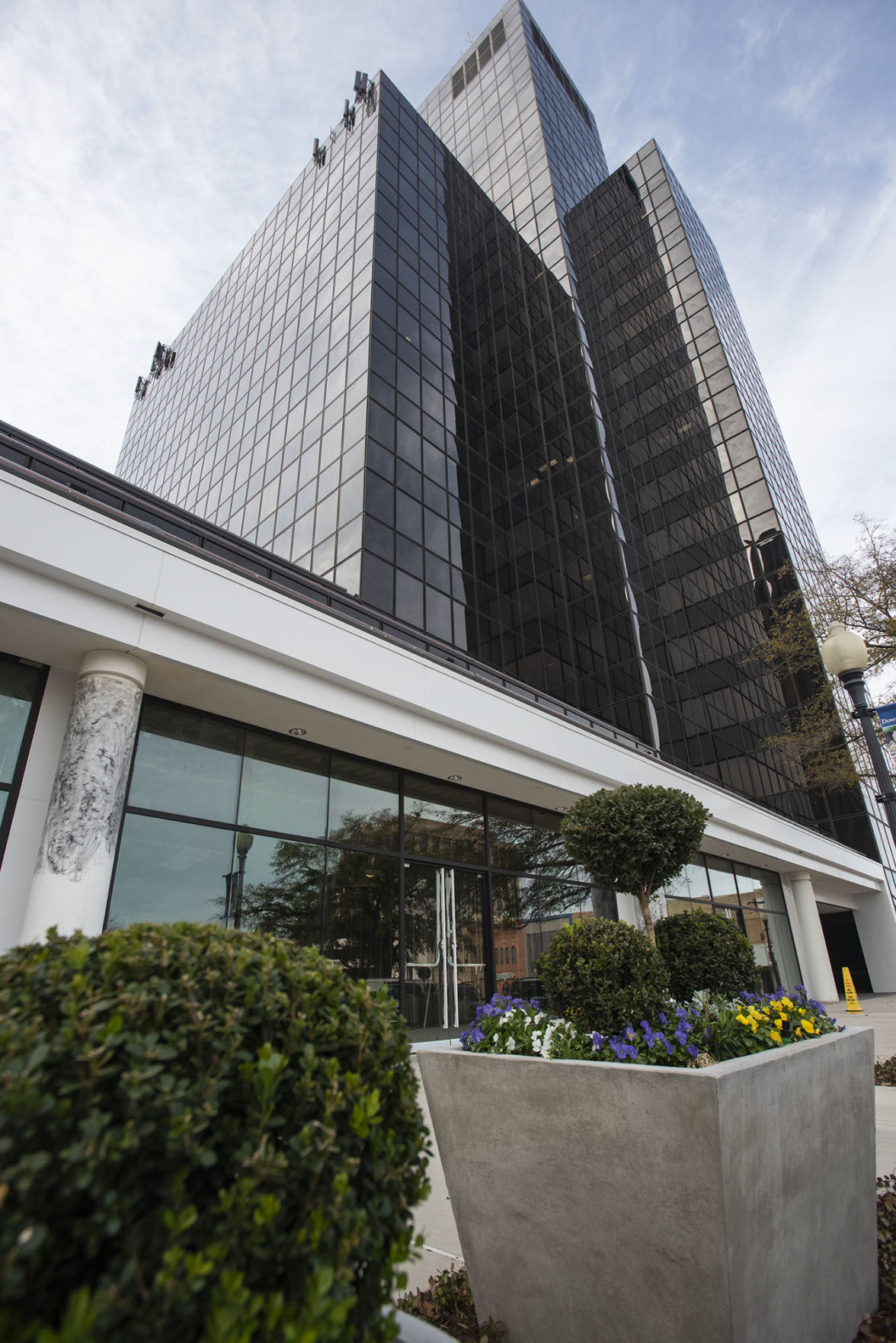 Renovations are being made to Plaza Tower in downtown Tyler, shown on Thursday, Dec. 5, 2019. Plans call for three eateries on the bottom floor as part of an urban market 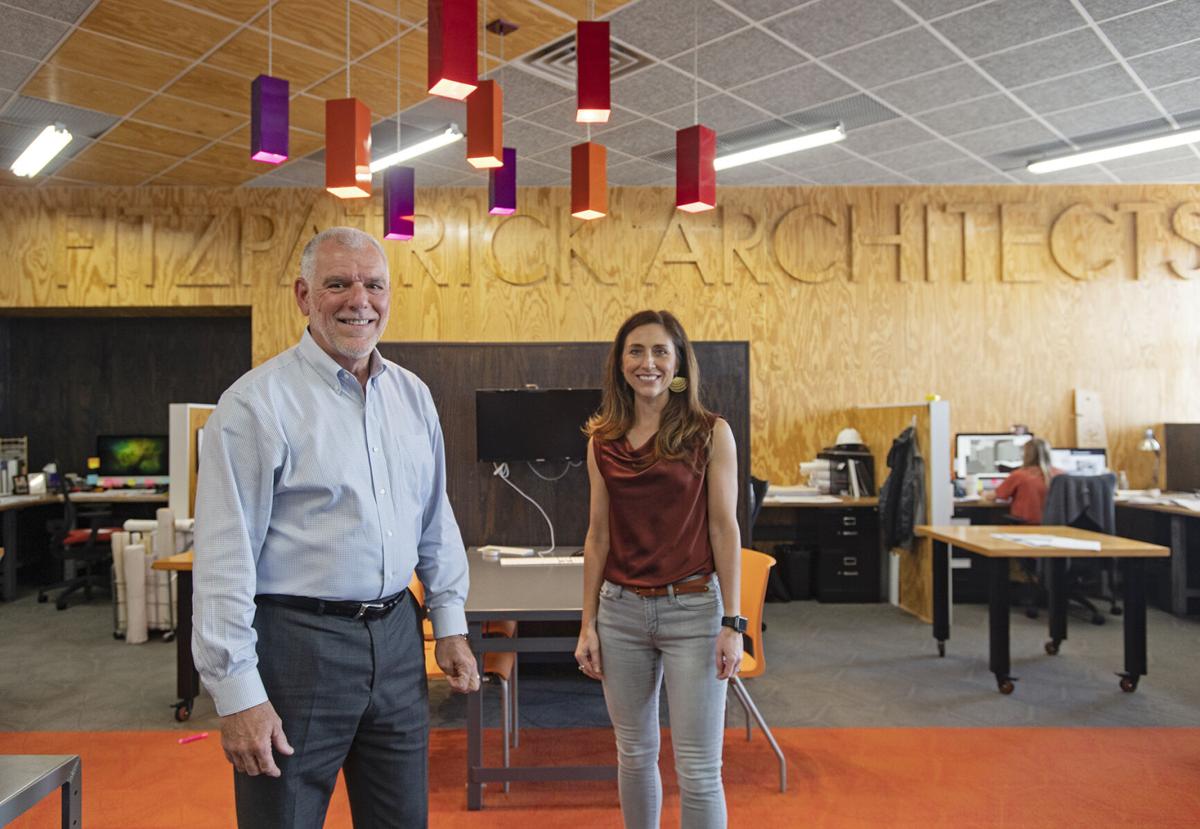 Renovations are being made to Plaza Tower in downtown Tyler, shown on Thursday, Dec. 5, 2019. Plans call for three eateries on the bottom floor as part of an urban market

Three Tyler groups have been named finalists in the Texas Downtown Association’s 2020 President’s Awards Program for their work in improving downtown Tyler.

The Plaza Tower, Fitzpatrick Architects and “Liberty Live: Concerts from the Couch” were each named finalists for the TDA awards.

City of Tyler Main Street Director Amber Varona said to be named a finalist is a great honor.

“We’re super excited,” Varona said. “We always make it a point to nominate one of the great places downtown.”

Varona said the developments in retail additions, including True Vine Brewing Co., Andy’s Frozen Custard and Café 1948, have completely reactivated the west side of the square.

“This project, it really was the overall game changer for the square in Tyler,” she said. “They have done so much and being able to display that is a great thing.”

Andy Bergfeld, managing partner for the Plaza Tower, said the leadership at Plaza Tower was surprised but honored by the nomination.

“Our team here at Plaza Tower is grateful to be able to live out our passion each day in the redevelopment of Downtown Tyler,” he said. “Our partners at Fitzpatrick Architects, Jacobe Bros Construction and Swann’s Furniture all played vital roles in breathing life into the Plaza Tower transformation as did Main Street, (the) Heart of Tyler, (and) Gallery Main Street, True Vine Brewing, Andy’s Frozen Custard, Café 1948, the Tyler Convention and Visitor’s Bureau and Sport Tyler – our valued tenants that bought into the vision.”

Bergfeld said he and fellow partners, Tim and Garnett Brookshire, are proud to represent Tyler at this year’s TDA awards.

Varona said that, through the nomination, the city of Tyler wanted to give a thank you to those involved for their hard work in revamping the building.

“It’s a total transformation,” Varona said. “It’s the true thought process they had.”

Fitzpatrick Architects was chosen as a finalist for downtown partner in the over 50,000 population category. Other finalists are Vera Bank in downtown Longview and a music school in Temple.

Varona said the firm began helping with revitalization efforts four years ago and that it has been a great partner ever since.

“They had a big part in helping with Plaza Tower,” Varona said.

Steve Fitzpatrick, principal of Fitzpatrick Architects, said it’s amazing to be nominated and named a finalist for the downtown partner award.

“It surprised us that we were named a finalist,” Fitzpatrick said. “We’re real happy and humbled to be recognized.”

Fitzpatrick Architects has been a part of several downtown revitalization projects, such as providing the designs for The Foundry Coffeehouse and the People’s Petroleum Building.

Four years ago, the firm shared a vision for downtown Tyler with community members and local officials. Fitzpatrick said they received a lot of great responses.

Fitzpatrick Architects later contributed to downtown by collaborating with the county on the new courthouse plans. The firm also partnered with the Plaza Tower leadership and helped add retail to the building.

“We think that downtown can be an economic generator,” he said. “We want to help achieve and make that happen.”

He added that it feels good to see people using the retail spots, such as Andy’s Frozen Custard, True Vine Brewing Co. and Cafe 1948.

“The bank lobby had been vacant for years, so it’s a great feeling to see it be used,” Fitzpatrick said.

For future development, Fitzpatrick said the firm is receiving calls from several out-of-state developers interested in purchasing some vacant buildings in downtown Tyler.

He hopes to continue making downtown Tyler “something special.”

Varona said the drive and dedication from Fitzpatrick to assist with downtown growth has been wonderful.

The city of Tyler was one of two towns with a population over 50,000 nominated for a new recognition, the Resiliency Award, for the “Liberty Live: Concerts from the Couch” series.

Varona said this new award is about honoring how cities have adjusted to the cancellation of events in light of COVID-19.

With “Liberty Live: Concerts from the Couch,” officials found a way for local artists to showcase their talents despite the cancellation of in-person concerts at Liberty Hall.

On the second Saturday of every month, artists play music that is broadcast through Facebook live. People watch and listen from home while the artists are able to show off Liberty Hall.

“We’re real proud of the last-minute shift,” she said. “We still wanted to provide something local and Liberty Live was born. It’s a huge honor. It’s another reminder that what we’re doing is recognizable.”

Varona said the nominations help the city of Tyler see what projects other cities are working on and also inspire others through the revitalization of downtown Tyler. She hopes the city of Tyler brings home some awards.

She also hopes to win the people’s choice awards for the categories, which is determined by reactions and shares on Facebook.

The TDA award ceremony will be held virtually from Oct. 26 to 30.