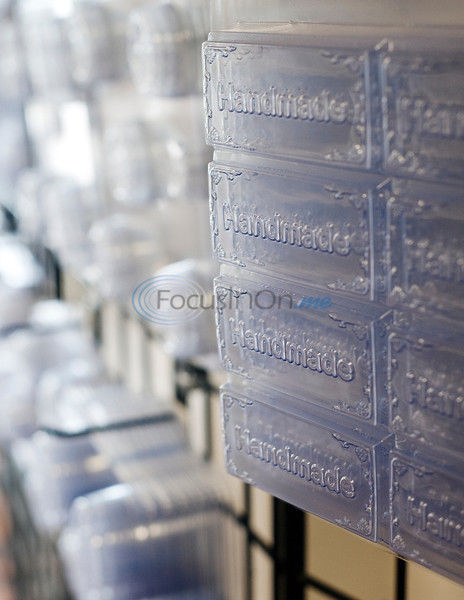 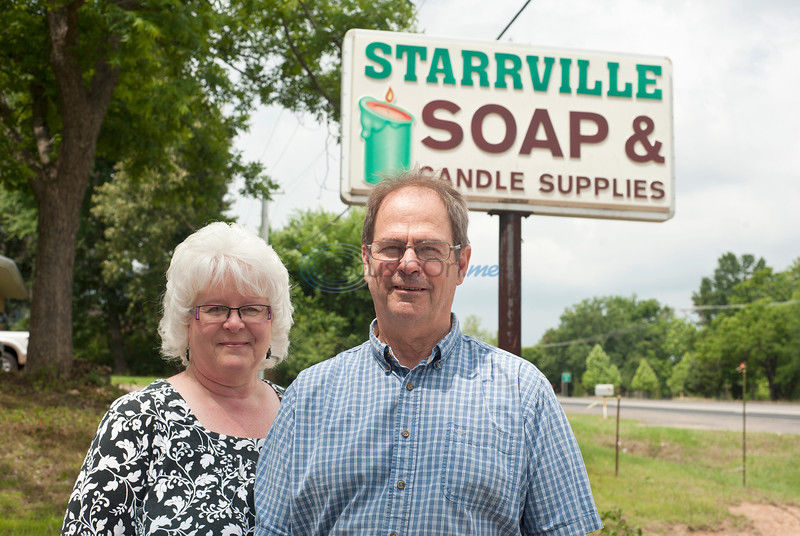 Sarah A. Miller/Tyler Morning Telegraph Glinda and Tom Bauer own Starrville Soap & Candle Supplies, which has re-opened at a new location, 7810 U.S. Highway 271 in Tyler. The store sells supplies for making soaps, candles and toiletries. 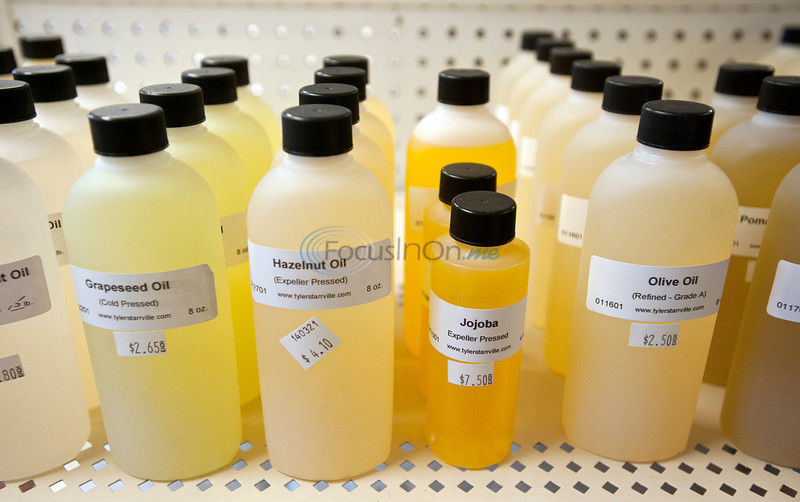 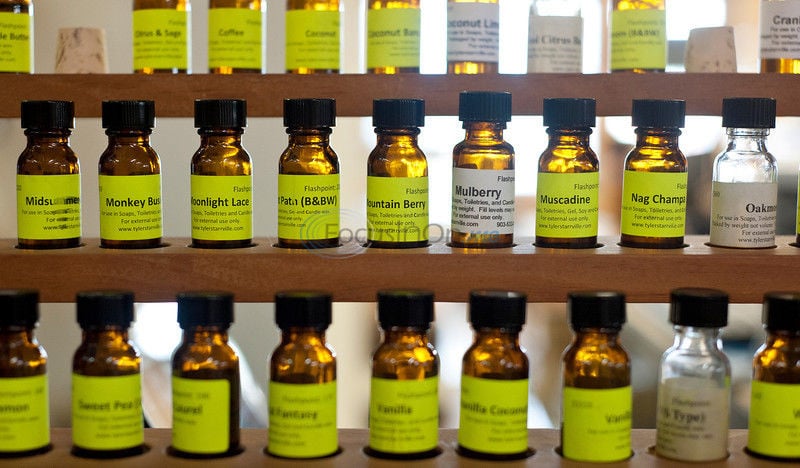 Sarah A. Miller/Tyler Morning Telegraph Starrville Soap & Candle Supplies offers over 150 different fragrances as well as other soap and candle supplies. The business has recently re-opened at a new location, 7810 U.S. Highway 271 in Tyler.

Sarah A. Miller/Tyler Morning Telegraph Glinda and Tom Bauer own Starrville Soap & Candle Supplies, which has re-opened at a new location, 7810 U.S. Highway 271 in Tyler. The store sells supplies for making soaps, candles and toiletries.

Sarah A. Miller/Tyler Morning Telegraph Starrville Soap & Candle Supplies offers over 150 different fragrances as well as other soap and candle supplies. The business has recently re-opened at a new location, 7810 U.S. Highway 271 in Tyler.

Glinda Bauer always has been crafty and 18 years ago decided she wanted to add soap making to her hobbies.

But three years after moving to Tyler, she was having trouble finding supplies to make lye soap.

"Mr. ‘I can find anything' over there said he could find what I needed," Mrs. Bauer said, pointing to her husband of 30 years, Tom Bauer.

Bauer, 64, found a man willing to sell them huge quantities of the supplies — more oil than she thought she could ever use. She let other local soap makers know she had extra and soon began selling it and other supplies. They started Starrville Soap Works in 1998 out of a mobile home on the 50 acres they lived on near Starrville.

It was a side business for the couple, and for the first two years, they poured all profits back into growing the inventory. They soon added candle-making supplies and a barn to their operations and changed the name to Starrville Soap & Candle Supplies. In 2000, they moved into a 4,000-square-foot building that once stood at U.S. Highway 271 North and Loop 323. They soon outgrew it and moved up the road a bit, to an 11,000-square-foot space in 2003.

Starrville Soap & Candle Supplies operated there for 11 years until opening up in a smaller shop a mile and a half south in May.

The Bauers sold the business in 2005 to two clients-turned-employees but got it back in 2007. They sold it again in 2011 to another former employee but reacquired it in January.

"Apparently, we're not supposed to get rid of this business," Mrs. Bauer, 56, said. "We started it; we aim to finish it."

They have no plans to retire again anytime soon or sell the business again.

Bauer retired from being a deck hand at Matheson Tri-Gas to running the shop with his wife, who still works part-time as a church secretary.

They moved the business into a smaller place, with the shop and warehouse making a combined 3,200 square feet. They also don't have any employees.

"We're trying to keep overhead low as we rebuild the business," she said.

When they owned it before, more people were making candles than soap. But since coming back, they are seeing a "big resurgence in the soap end of things," Mrs. Bauer said, adding that they were surprised by it.

She said there is a big push for soaps, toiletries and other skin products that are all natural and free of chemicals.

While some customers come in for supplies for a hobby, others are stocking up for their businesses. Mrs. Bauer said they don't sell finished products because they don't want to compete with those customers.

They are starting to see some of their longtime clients return to their business. She said they have seen people come from far away as Dallas, Houston, Marshall, Pittsburg, Oklahoma City and Shreveport, Louisiana.

"We're really pleased since we've been back to see our longtime customers coming back," Mrs. Bauer said. "We want to offer what the people are looking for at a fair price."

They sell just about any supplies needed to make candles and soaps, as well as lotions, lip balms and body sprays.

They sell about 150 fragrances, which can be bought in quantities ranging from 1 ounce to 2 pounds. The most popular fragrance is crème brulee, which they have sold about 2,000 pounds of in one year, Bauer said.

Others include Christmas cheer, romance, monkey business, carrot cake, leather, grape, popcorn and pumpkin cookie crunch. Most of the fragrances also can be used in soap making.

Mrs. Bauer said that before, they taught candle and soap-making classes and they plan to begin offering those again in the fall. Making soap is a science — the recipe must be followed exactly and ingredients measured accurately, she added.

They see a lot of "newbies" come in who have never made a candle before. Bauer said customer service is the most important thing they offer.

Mrs. Bauer said they will be adding an essential oil collection to their store. She is taking classes to become a certified aroma therapist and plans also to become registered so she can consult with people and make recommendations.

The couple also has gotten into beekeeping and plan to sell the honey from their six hives at the store.

Mrs. Bauer's other crafts include quilting and quilling. The couple once owned a cross-stitch shop in Kansas City and, for more than two years, owned Country Wood Pile in Tyler, where they sold woodcrafts and painting supplies.

"We're happy to be back and taking care of people," Mrs. Bauer said of returning to the business.

Her husband agreed and said it is the best feeling to have customers tell them they're glad they're back.

“Above all, you must understand that no prophecy of Scripture came about by the prophet’s own interpretation of things. For prophecy never had its origin in the human will, but prophets, though human, spoke from God as they were carried along by the Holy Spirit.” (2 Peter 1:20-21)